The Alumni of Achievement Award honors an alumnus or alumna who has attained prominence through his or her industry, profession or voluntary service and demonstrates sustained excellence, integrity, motivation and dedication in the sphere of their expertise. There is an expectation that the nominee is in the middle or toward the sunset of what is, or has been, a long-term distinguished career or role. 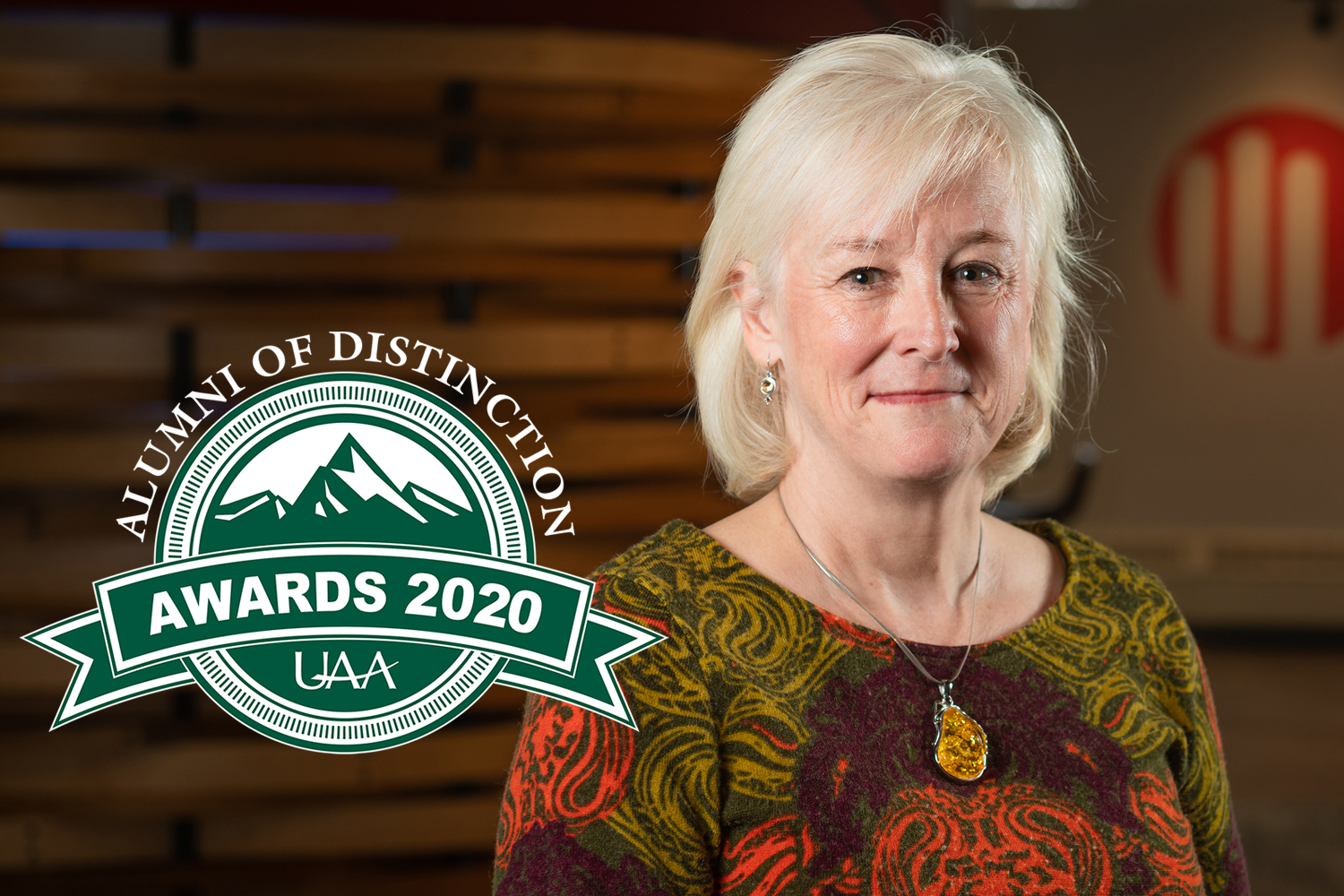 Established in 1995, Laurie Fagnani grew MSI Communications from a home business with herself as the sole employee to the go-to marketing agency for Alaska’s resource industry. Fagnani attributes her agency’s success to staff with an intuitive understanding of Alaska’s industries, a quarter of whom come from UAA. Additionally, Fagnani has grown her business' digital services capacity to better aid clientele as they also adapt to an increasingly web-dependent business model. Read Laurie Fagnani's story... 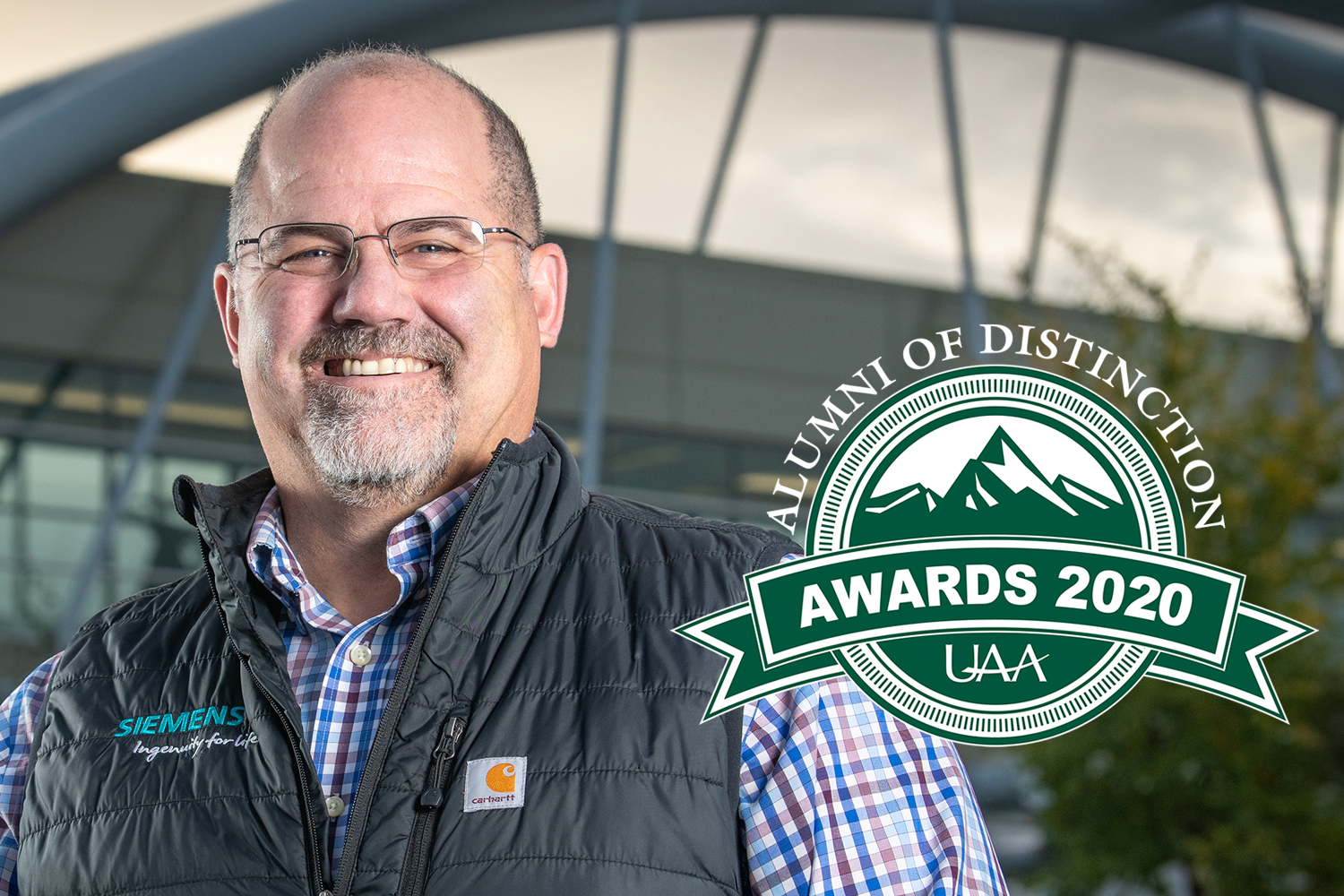 After serving for eight years in the United States Air Force, Leverette Hoover pursued a civilian career in electronics and engineering, consisting of various positions with Siemens over the last 20 years. Hoover is a past recipient of the Anchorage Chamber of Commerce Top Forty Under 40, a Gold Pan Award winner for community service, served as the chairman of the Anchorage School District School Business Partner board of directors, was a founding member of the UAA Alumni Association and is an honorary commander for the 176th Alaska Air National Guard Wing. Read Leverette Hoover's story... 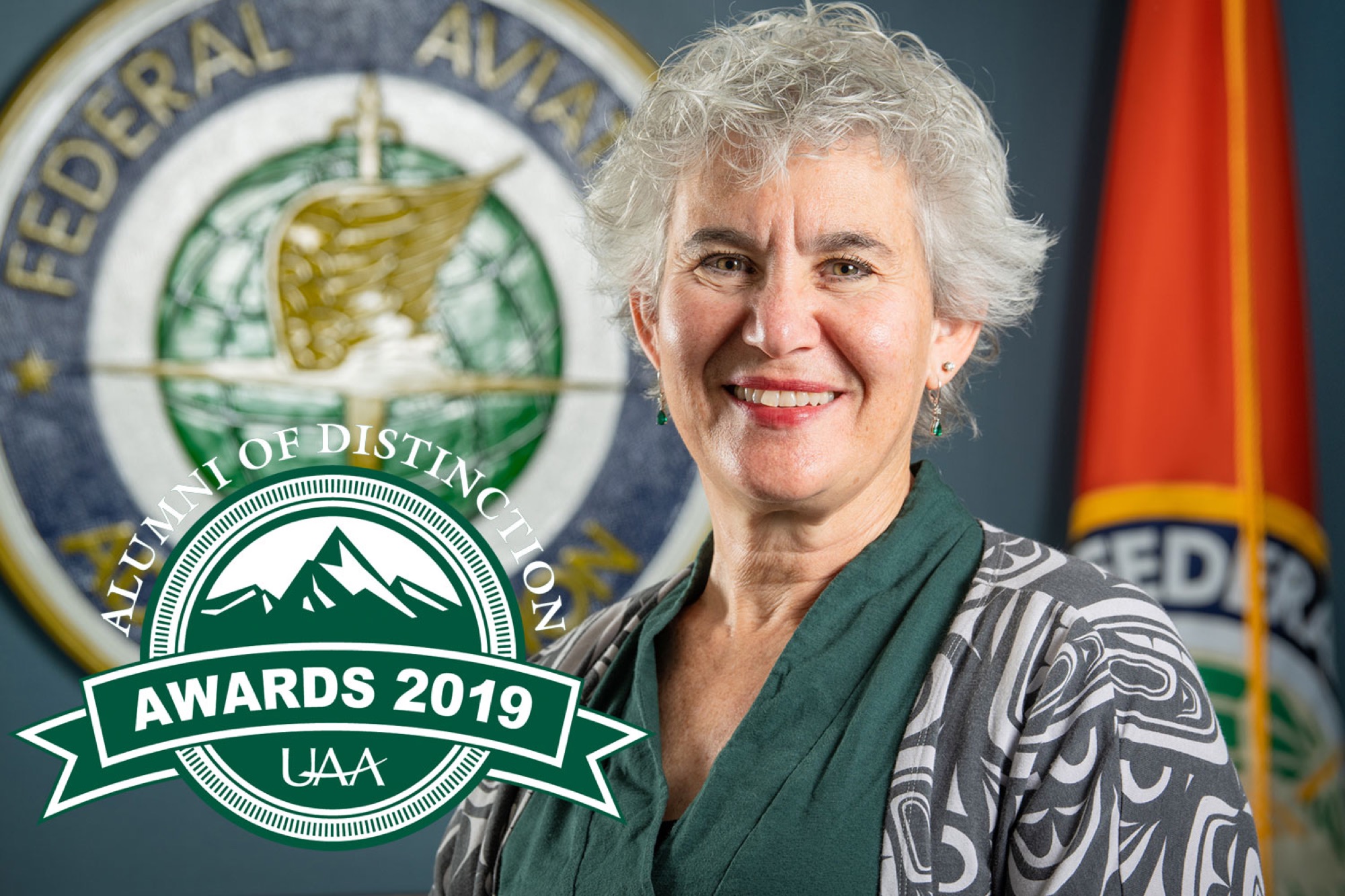 Holzman is the deputy regional administrator for the Alaska region of the Federal Aviation Administration. Her position is the latest in a 27-year career with the FAA and helps keep the organization afloat by connecting operations and stakeholders to address aviation safety. Holzman also remains connected to her alma mater by serving as a mentor for the UAA College of Business and Public Policy’s Leadership Fellows and Leadership Fellows Junior programs. Read Jacki's story... 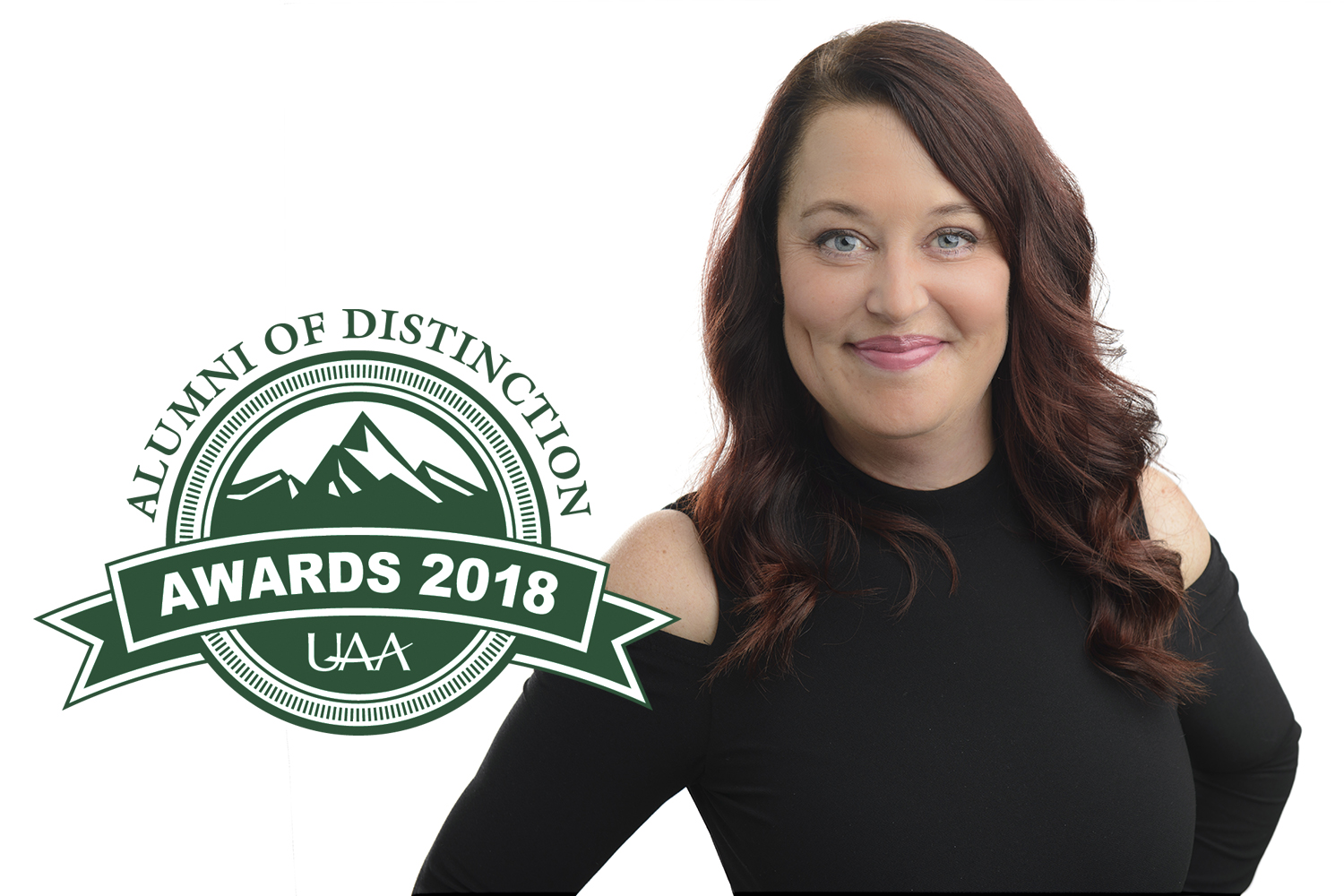 Family is the cornerstone of Thompson’s business philosophy. Starting as an intern at Anchorage PR agency Bernholz and Graham in 1999, she worked to become president and CEO in 2006 and purchased the firm in 2009, renaming it Thompson and Co. as it’s known today. Under her leadership, the business has grown from four employees to 24 and added offices in other parts of the country. But more importantly to Thompson, she’s built a company where family wellness, personal growth and collaboration are woven into the corporate culture. Read Jennifer's story... 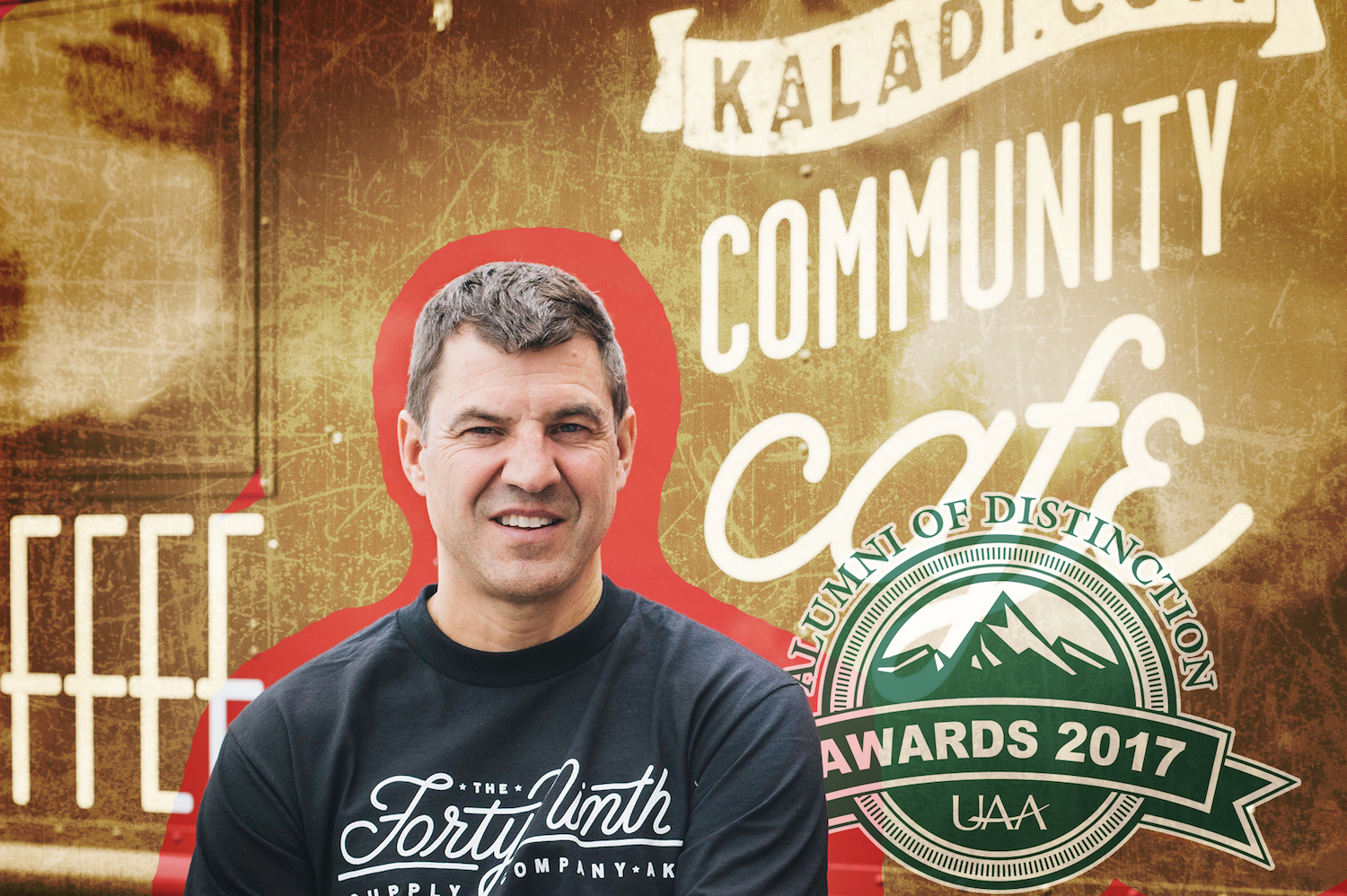 Gravel has kept Kaladi Brothers grounded on its road to expansion without losing sight of its “catalyst for community” mission. The company had one café and six employees, all fun-loving 20-somethings with a gift-giving habit, when Gravel joined more than 20 years ago. Today, he leads more than 200 employees, roasting 1.2 million pounds of coffee each year, at 15 cafes and one restaurant across the Pacific Northwest. Read Tim's story… 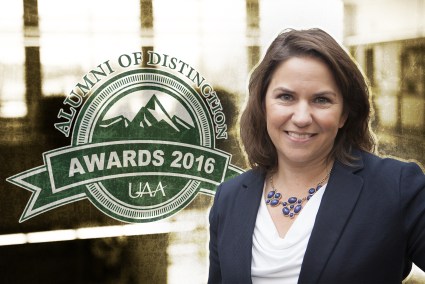 Viorica is a world-recognized leader in psycholinguistics, studying how multiple languages change our thoughts and behaviors. Her research shows bilingualism provides a constant brain workout, can delay cognitive declines associated with aging, and even changes the way we see the world (yes, literally). The Ph.D. graduate from Cornell—who now leads a research lab in Northwestern University's School of Communication—has presented at conferences across the continents, published over 100 scientific papers and been featured everywhere from Time to BBC to  The Washington Post. And her academic achievements launched right here at UAA. Read Viorica's story...

Ted's 42-year career in engineering kicked off the summer after the earthquake, and he's had a hand in building the state's infrastructure ever since. Likewise, he's equally dedicated to UAA. He chose to attend MIT when UAA didn't offer a civil engineering baccalaureate degree, and lobbied for expanded undergraduate courses at UAA upon his return to Anchorage. Additionally, he's served as an adjunct instructor for both undergraduate and graduate courses, sat on the civil engineering advisory board, joined UAA's 50th anniversary committee and, along with his wife, been a major gift donor to the College of Engineering. He also served as founding president of the UAA Alumni Association. Read Ted's story...

Originally from Seward, Sophie began her 20-year career with CIRI as a project accountant soon after she graduated from UAA's business and finance program. Sophie's served in several leadership roles at CIRI, and was named president and CEO in 2013. A leader with a strong commitment to her community, Sophie is a current director and former chair of the Anchorage Economic Development Corporation's board of directors, as well as a trustee of Alaska Regional Hospital and CIRI Elders' Settlement Trust. Read Sophie's story...

Carol Comeau has been a fixture in the Anchorage community for 38 years. Her passion for education and for children never waned as her career developed from the classroom into administrative leadership. Notably, her proudest success is having been an effective collaborator with the community and the state. From K-12 leader to university leader, Carol continually encouraged good rapport and partnership with the university’s chancellors, and she always loved opportunities to advocate for programs on UAA’s campus as an alumna. Read Carol's story...

Seventy-nine-year-old Eric Wohlforth is the epitome of a lifelong learner. He adds his degree from UAA to a resume that includes Princeton University, University of Virginia School of Law, Loyola University and the Fielding Graduate Institute. Rooted in community service, Eric serves on the Chancellor's Board of Advisors and the UA Foundation Board of Trustees, is a leadership-level donor to the University, and is currently the chair of the UA Foundation Investment Committee.

Dana Stabenow is an Alaska author who has produced literary works in the science fiction, mystery and suspense/thriller genres. Many of Stabenow's books are set in her home state of Alaska, where she was raised on a 75-foot fish tender in the Gulf of Alaska. Stabenow received a B.A. in Journalism from the University of Alaska in 1973 and graduated in 1985 from UAA's MFA program. She published her first novel, Second Star, in 1990. Her first Kate Shugak book, A Cold Day for Murder, won the Edgar Award for Best Paperback Original in 1993 and her 27th novel, Though Not Dead, came out in February 2011. Her proudest achievement is participating in two successful Authors to the Bush programs in 2001 and 2007, which sent a hundred published authors to communities from Unalaska to Anaktuvuk Pass to talk to kids in the Bush about reading and writing.