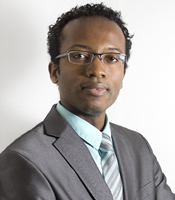 Prof. Landry Signé is an award-winning professor in the Department of Political Science; a distinguished fellow at Stanford University’s Center for African Studies; the founding chairman of the award-winning Global Network for Africa’s Prosperity; partner and global chief strategy officer at an African-focused investment firm financing and unlocking the value of breakout technology-enabled companies in Sub-Saharan Africa; faculty of emerging African markets at the Business Department of Stanford University’s Continuing Studies; senior non-resident fellow at OCP Policy Center; visiting scholar at the University of Oxford (2012), and special adviser to global leaders on business, international and African affairs.

Prof. Signé was recently honored as a World Economic Forum Young Global Leader, Private Investors for Africa Fellow, Banting Fellow for “the best and brightest researchers in the world,” Top 35 Africans Under 35 in International Affairs, JCI Ten Outstanding Persons of the World, and Archbishop Tutu Fellow that “drives the transformation of Africa,” as well as was bestowed the UAA Chancellor’s Award for Excellence in Research and Creative Activity, the UAA Chancellor Award for Excellence in Teaching, the Governor General (Commander-in-Chief) of Canada Award for exceptional contributions to society, and the the Atlantic Dialogues Emerging Leader Award as “rising leaders […] in the world of politics and business,” by the German Marshall Fund of the United State. Previously, Landry was founding president of Axcentis International Inc., a business strategy and development firm based in Montreal and have taught at the Regional Institute of Statistics and Applied Economics (ISSEA-Yaoundé/Cameroon) and the universities of Montreal and Ottawa. He has also served on the boards of directors or advisors of organizations such as AMPION Catalyst for Entrepreneurship and Innovation, Youth Leadership Observatory, Citizens Governance Initiative, and the United Nations Association of Canada–Montreal.

His current work particularly focuses on the political economy of development, emerging markets, and the transformation of African economies, governance, political processes, development (including MDGs, NEPAD, and SDGs), policy implementation, and management of natural resources in least developed countries, explaining successful and failed trajectories. He initiated an innovative Stanford Continuing Studies course bringing top executives, entrepreneurs, investors and the Stanford community together to spur business strategies for African markets, and won The African Network’s Outstanding Visionary Leadership Award for his “pioneering role in promoting entrepreneurial opportunities, accountable governance and economic development for Africa in the Silicon Valley and North America”.

He has authored or co-authored more than 27 manuscripts, including books, book chapters, articles, and ongoing working papers. He has also drafted about 30 high-level strategic notes and policy briefs to global leaders and institutions. Prof. Signé has given over 50 conference and guest presentations, including at Wharton, Oxford, Cornell, Berkeley, McGill, Stanford, and the Commonwealth Club. He won more than 40 prestigious international awards, fellowships, and recognitions from four continents bestowed by Heads of State, Governors, Chancellors, Governments, Media, Universities, and NGOs. One of his recent books, Le NEPAD et les institutions financières internationales en Afrique au 21e siècle [NEPAD and International Financial Institutions in Africa of the 21st Century] (L’Harmattan, 2013), received the Best International Book Award from TOUKI Montreal. He was educated in Cameroon (with honors and distinction), in France (valedictorian and salutatorian), and earned his PhD in Political Science from the University of Montreal (Award of Excellence) and the CÉRIUM Award for the Best International PhD Dissertation. He is a frequent commentator and special adviser on issues of African governance, emerging markets, and economic development. His work has appeared in The New York Times, The Washington Post, and the Harvard International Review, among other international publications.