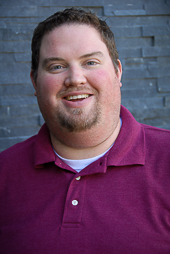 Dr. Brian Cook is an assistant professor of theatre at the University of Alaska Anchorage. He received his PhD in Theatre Arts from the University of Oregon, and his MA from the Royal Academy of Dramatic Art and King's College, London. He previously taught at the University of Alaska Fairbanks, where he headed the directing concentration and directed productions, including Nickel and Dimed, Tartuffe, An Inspector Calls, and The Ash Girl. His research focuses on contemporary British theatre, particularly on the work of the Cherub Company in the United Kingdom and abroad between 1978 and 2003. Brian has presented at conferences in the U.S., U.K., and Canada, and published in Theatre Survey, Performing Arts Resources and the LMDA Sourcebook. He previously ran the untitled Theatre Company which toured a short play dealing with interpersonal violence to schools and volunteer organizations, and he has worked at professional theatres in upstate New York, Pennsylvania, Virginia, Colorado, Florida, and the U.K.

"'They might not go blind': Cherub's Kinsmen and the Drama Officer's Report." Performing Arts Resources: A Tyranny of Documents: The Performing Arts Historian as Film Noir Detective.  28 (2011): 314-21.