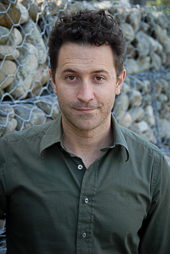 Born and raised in Ketchikan, Alaska, Ty has worked as an actor, director, teacher and fight choreographer for productions in the Pacific Northwest and around the country. Theatre credits include Profile Theatre's (Portland, OR) Sam Shepard season, playing Vince in Buried Child, the Speaker in Tongues and as a guest lecturer on the nature of violence in Shepard's plays. Other Portland theatre credits include The Scene at Portland Playhouse and On The Table with the Sojourn Theatre. Ty performed in deCOMPOSITION, a theatre piece which he co-wrote, in Seattle and NYC. New York credits include Opus D'Amour at Theatre Lab, Babel Tower with Round Table Ensemble and Orsino in Aquila Theatre's Twelfth Night at Lincoln Center. Other theatre credits include Provincetown Theatre (Cape Cod), Coterie Theatre (Kansas City), and Kentucky Shakespeare Festival (Louisville). Ty has a BFA from Southern Oregon University and an MFA from UMKC.