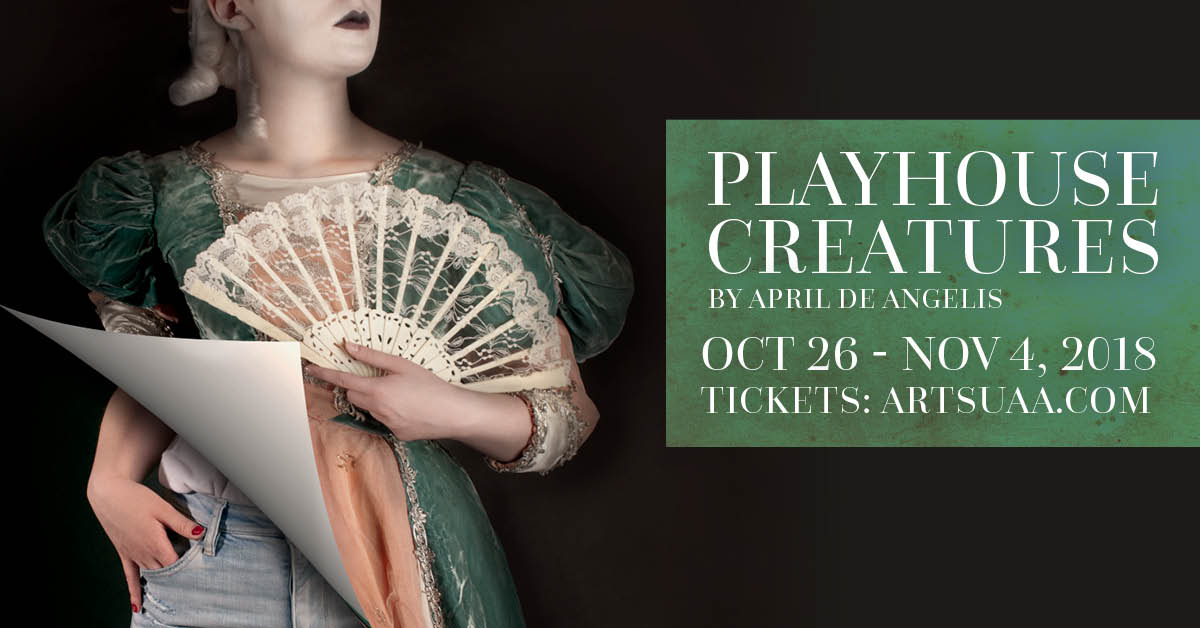 The tale begins in 1660, when Charles II returned to the throne and decreed that women would, for the first time in more than a century, be allowed to perform on the English stage. The King and many men turned out in droves to be titillated and tantalized by the newest young beauties, but April de Angelis’ Playhouse Creatures documents the vivacious fight these women faced to be seen as legitimate actors.

Unquestionably, theatre allowed the early British actresses to express themselves in ways never before possible, but it didn’t much alter how women were viewed and understood by the audience. Many themes in the play have relevance to the present-day actress: fame is fleeting. Those who are famous one minute will often be outshone by another actress who is younger or who has something “new” to offer.

Then and now, youth and novelty reign supreme.