Grandmothers (I come as one, I stand as ten thousand) 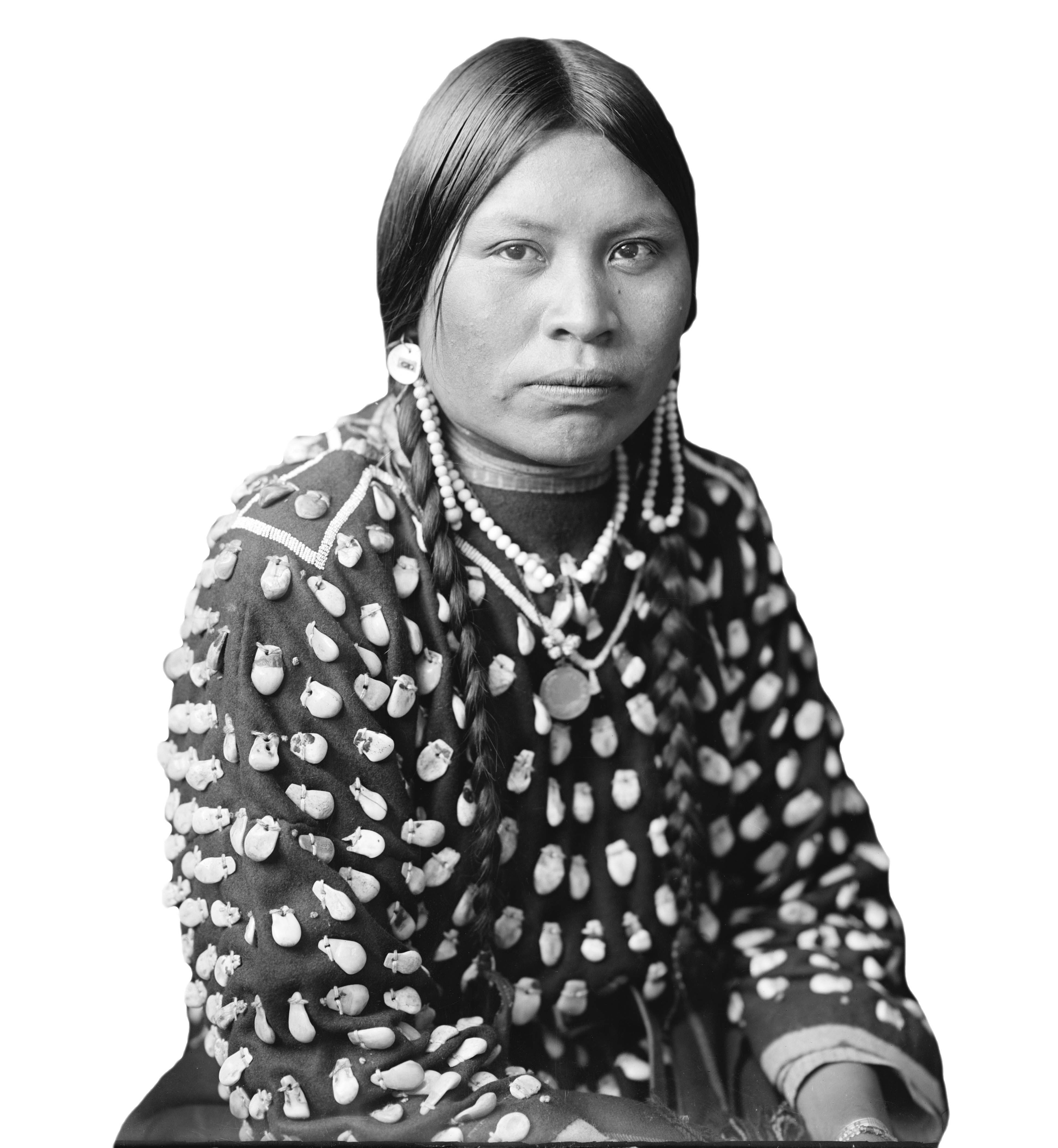 I was twenty years old, an undergraduate studying art at Montana State University (Bozeman), when I first discovered the work of early 20th c. photographer Richard Throssel. I remember vividly helping an architecture professor with a project proposal on my reservation when a book on his shelf caught my attention. Peggy Albright’s Crow Indian Photographer: The Work of Richard Throssel, a book devoted to the photographer’s life and work, drew me in. Throssel was giving me something I had not seen before, something that I did not get from other photographers of his time: an honest and genuine look at the complexities of my people, the Crow Nation.

Throssel worked as an office clerk on the Crow Indian Reservation in south-central Montana from 1902-1910 and was adopted by the Crow tribe in 1905. He became a field photographer for the Crow before he established his own photography studio in 1910, the Throssel Photocraft Company, in Billings, Montana. Throssel, unlike his contemporaries, did not purely focus on Crow men, chiefs, or warrior society; he also depicted women, children, and animals.  He captured images both of beauty and of devastation. Perhaps because he was a Native, a Cree Indian of English descent, and because he was adopted by the Crow Nation, Throssel had a window into the lives of the Crow which allowed him to capture nuances on film unlike any other photographer of his day.

Throssel's central talent was his capacity to find visual value in the mundane aspects of Crow life. On film he could capture the promise of a smile, the suggestion of shared understandings, a commanding expression tempered by tenderness.  Somehow he managed to charm even the shaggiest reservation pup. As I explored Throssel’s work, I found that with each photograph, I was given another piece of the puzzle of how my great grandparent's generation had lived their lives.  I saw glimpses of their personalities, and had a feeling of real kinship. I was no longer just a viewer:  I had many questions and I wanted to learn more.

In the end, the project with the architecture professor never went anywhere but I came to acquire Crow Indian Photographer: The Work of Richard Throssel, and it traveled with me to every new city and home for over a decade.  It became a much-loved and well-worn companion, complete with coffee stains and dog-eared corners. Neon highlighted paragraphs spawned notes in the margins of past revelations and sparked interests and ideas for future creative possibilities.

Grandmothers (I Come As One But I Stand As Ten Thousand) was inspired by Throssel's portraits of Crow women circa 1911.  The images depict a range of generations, from young to elderly, and a range of dress, with some women in their best regalia and others in more casual dress. In each photograph a single woman gazes either directly at the camera or just off to the side, and sits in a manner that reads both as dignified and at ease. The women communicate a trust in the photographer which is transferred to the viewer. The quality and detail of each image is striking:  textured rows of beads on belts, necklaces, and elk teeth on wool cloth are distinct and singular, all of them made by the sitter’s own hand or by that of a sister, mother, or grandmother.  Crow kinship ties are matrilineal, following the female line—a fact Throssel would have known and clearly celebrates in his art. This recognition, and the beauty of Throssel’s presentation, fills me with a sense of profound joy and of pride when I view these portraits.

I am now a mother in my mid-thirties and a full-time practicing artist.  As a woman who grew up on the Crow reservation, I strongly desire to give my daughter Beatrice a connection with her community, culture, and history. In the service of that goal, I turned once again to Richard Throssel, but this time to work collaboratively with him.

I began by enlarging Throssel’s photos from their original size. To truly display the stature and regality which these Crow women projected it was necessary to give them space and position by multiplying the original print size. These were women who in 1911 were not considered to be people in the eyes of the U.S. Government, nor were they citizens of the United States at the time their portraits were taken. Even my own grandparents who were born in 1907 and 1920 were not given citizenship until 1924. As a counter-point to that history, I wanted to enhance Throssel’s already distinguished images and amplify the inherent dignity of these Crow women. I wanted to make it impossible not to see them.

Next, I added a mirror to the enlarged cut-out for each Throssel portrait.  The mirror brings the women into the present environment and into whatever setting they are placed.  Conversely, the mirror also connects the present time and space to the past.  The connection is made through the act of looking:  by adding the mirror, the viewer must confront their own image, be accountable, and connect directly with these women.  The viewer becomes a part of the artwork and solidifies the link between past and present realities and people:  one looking out from the past at the present moment, and the other reflected into the past through the mirror.  By engaging with one-another through the piece, the connection becomes complete and thus powerful.

The title, Grandmothers (I Come As One But I Stand As Ten Thousands) was inspired by the Maya Angelou poem, Our Grandmothers. Since leaving my reservation at age 18 to attend college I have often felt alone. When I read Maya Angelou’s poem, I am reminded that I am not alone:  I carry with me the knowledge of my many grandmothers and I share that knowledge with my daughter and others through the creation of art which connects us across time and space to our Crow heritage.