The Alaska Justice Information Center (AJiC) has released a new report titled Homicide in Alaska: 1976 – 2016. The report compiles 41 years of data from the Supplementary Homicide Report (SHR), published annually by the Federal Bureau of Investigation as part of the Uniform Crime Report (UCR). This is the first time these data on homicide in Alaska have been examined across a multi-year timespan. AJiC has published a full descriptive analysis, three Fact Sheets, and new Data Dashboards.

For more information on the report or to schedule an interview, please contact Henry Randolph at 907-786-1815.

Homicide in Alaska Full Report, May 2020

AJiC's Homicide in Alaska: 1976-2016 report used the data in the Supplementary Homicide Reports (SHR) to document foundational characteristics of homicide in Alaska. Among other findings it details homicides over time, the distribution across Alaska law enforcement agencies, the weapons used in homicide, circumstances surrounding homicides, demographic qualities of victims and suspects, and the relationship between victims and suspects. The analysis moves forward our understanding of Alaska homicide by examining homicide characteristics as they differ between different victim groups. The report shows how homicide differs by the race, the sex, and the combination of race and sex of the victim. 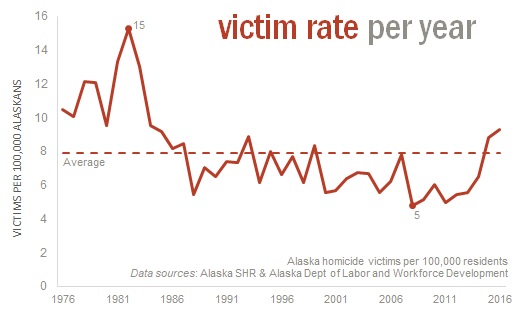 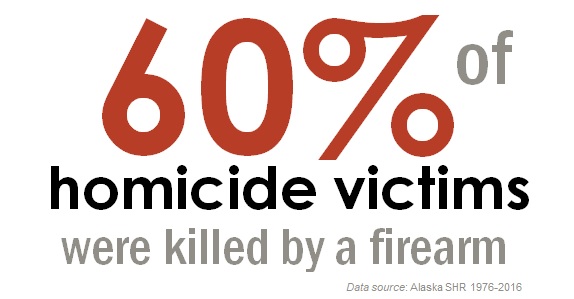 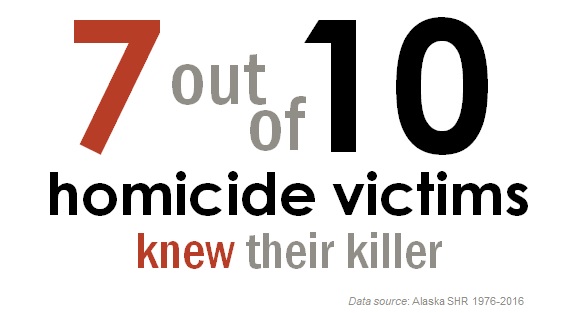 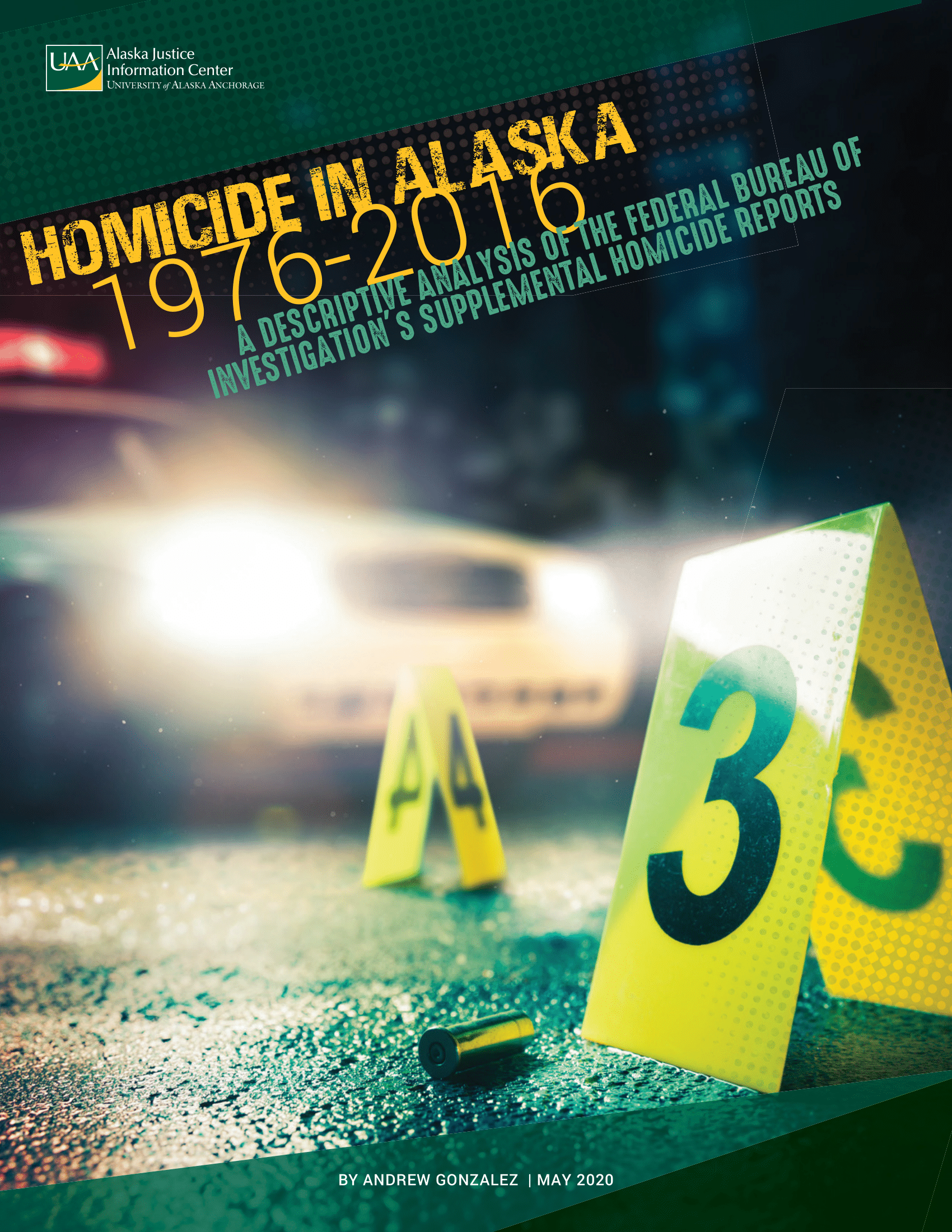 The full 68-page descriptive analysis of the Federal Bureau of Investigation's Supplementary Homicide Report (SHR) between 1976 and 2016. 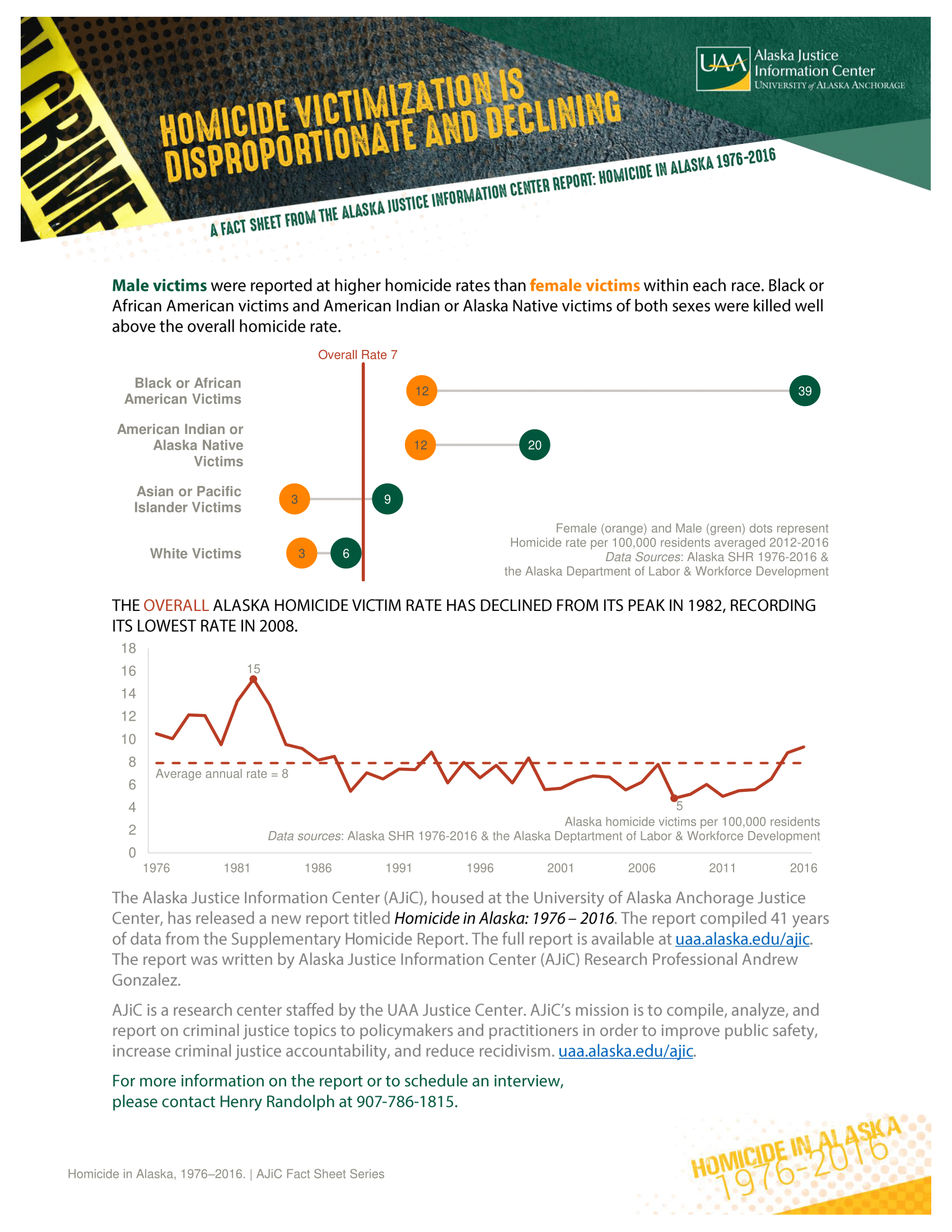 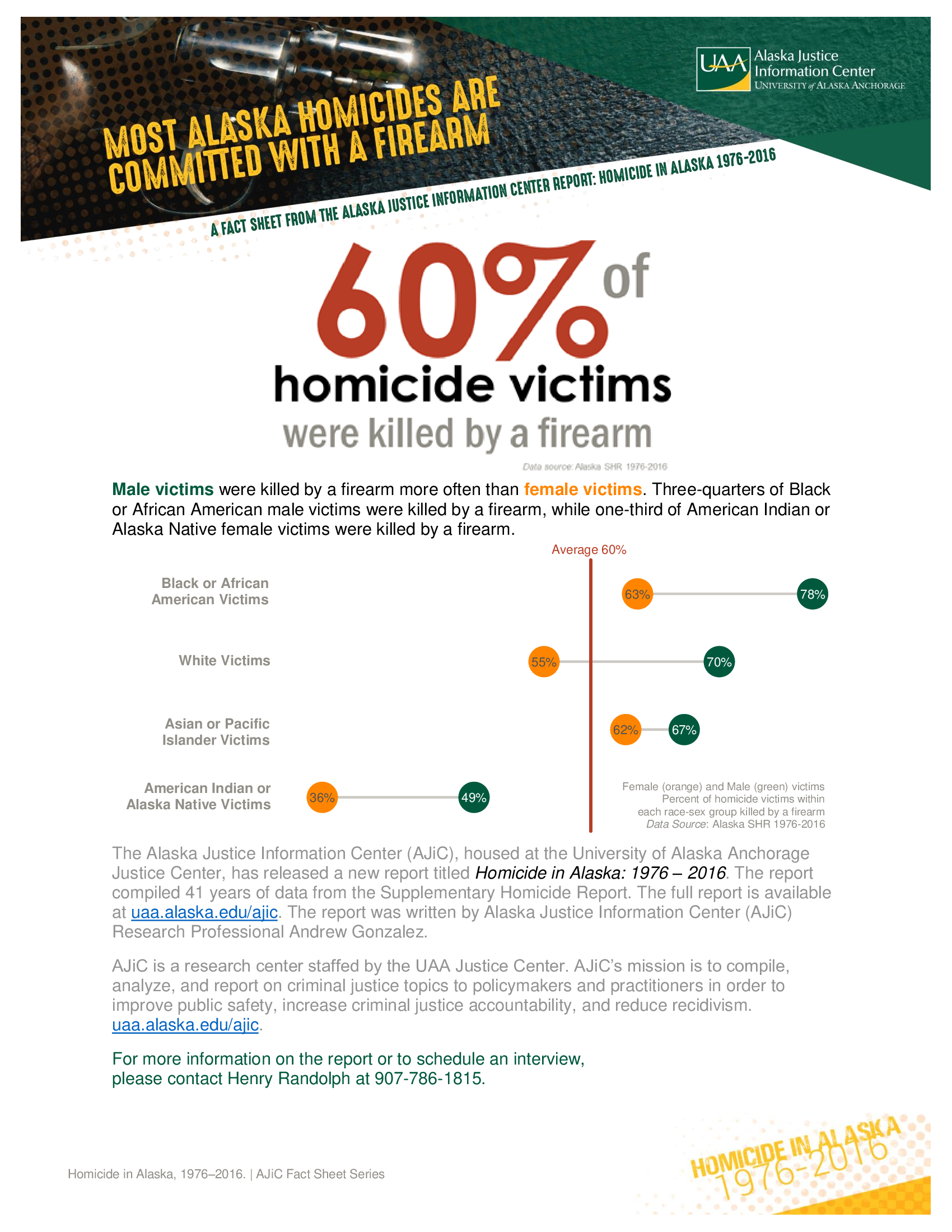 A single page Fact Sheet presenting data on firearm use in Alaska homicide. 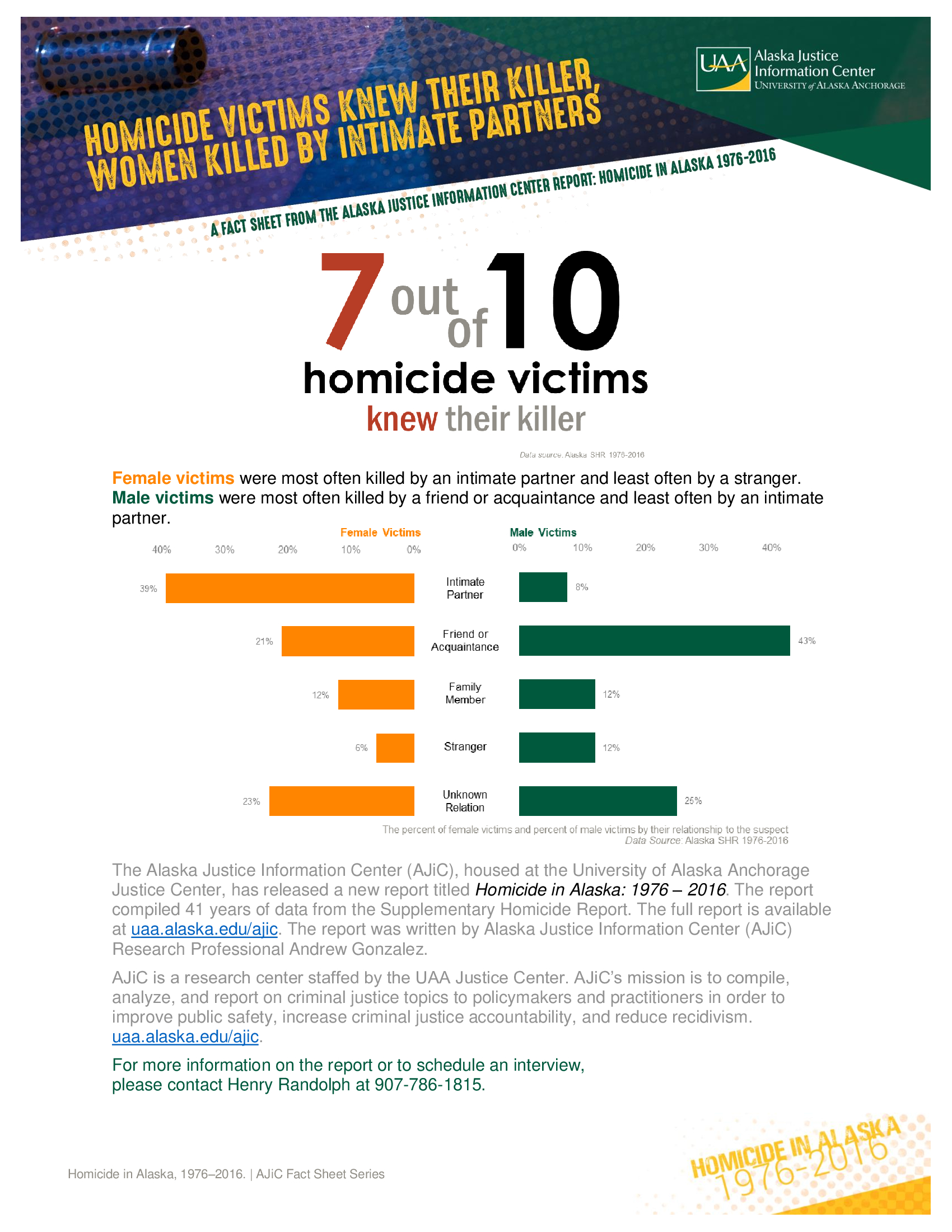 A single page Fact Sheet presenting key findings on the relationship between homicide victim and offender. 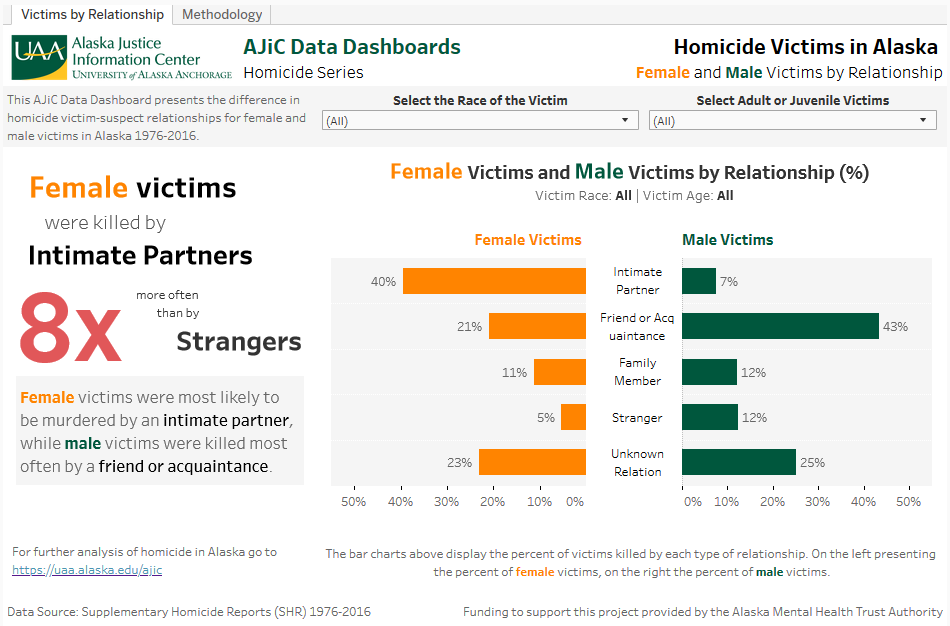 An interactive data dashboard showing the percent of Alaska Homicide Victims by their relationship to the Homicide Suspect.