This free symposium on the history of Alaska's constitution was co-sponsored by the UAA Justice Center and the Alaska Law Review in cooperation with the Historians Committee of the Alaska Bar Association. 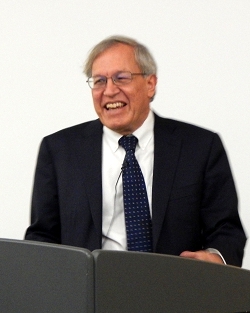 Alaska Law Review articles and symposium materials are linked beneath each video. The complete series of videos are also available as a playlist at the UAA Justice Center YouTube channel. Videos in the series were produced and edited by Eric Baldwin, UAA Academic Innovations and eLearning.

Student Stories
Research
Events and Highlights
Alumni
In the News