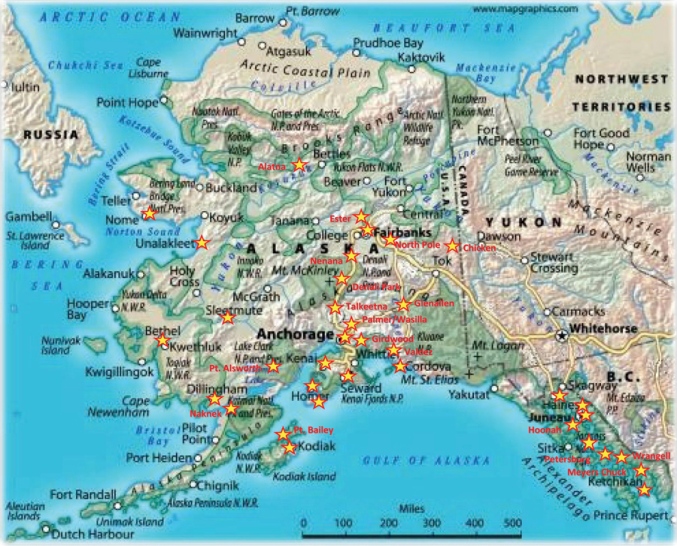 Alaska was the first state to partner with the University of Washington School of Medicine in the collaborative medical school known as WWAMI, with classes beginning at the University of Alaska Fairbanks in 1971.  Classes were first held in Montana and Idaho in 1972. Wyoming became a partner, adding the second “W” to the acronym, in 1996.  The purpose of WWAMI is to provide publicly funded medical education to residents of this five-state region, and to train physicians who will return to practice in their home states.

Alaska's WWAMI Program has historically provided a very good return on the state's investment. On average, for every ten medical school seats funded by the State of Alaska, eight WWAMI-trained physicians have entered practice in the state.  Alaska WWAMI has admitted students from virtually all parts of the state; slightly more than half of these students have been male.

The first Alaska ”WAMI” class in 1971 consisted of five Alaskan students and four students from Washington. These students took first quarter medical school courses at UAF and then completed the remainder of their medical education at the University of Washington School of Medicine in Seattle. Alaska WWAMI relocated from the University of Alaska Fairbanks to the University of Alaska Anchorage in 1989, where it currently resides. Through the years, Alaska WWAMI has continued to evolve; it now allows nearly three of the four years of medical school education to be completed in the state.

Historically, ten students were admitted to Alaska WWAMI each year. Alaska's WWAMI students complete their first year of medical school in Alaska. Students from all five WWAMI states take second-year classes in Seattle. The third and fourth years are comprised of clinical clerkship rotations, each four to six weeks in length, in various medical specialty areas. These clerkships may be taken in any of the five WWAMI states, and Alaskan medical students who choose to be on the "Alaska Track" are able to complete nearly all third- and fourth-year clerkships in Alaska.