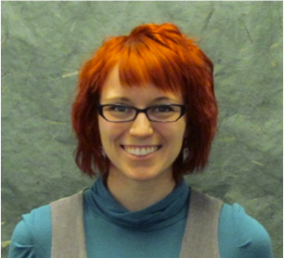 Matanuska-Susitna College (MSC) is proud to announce that Mackenzie Merrill, a Phi Theta Kappa member, has been named a Coca-Cola New Century Scholar. Call it a three-peat for Mat-Su College students; Merrill's award marks the third year running that the Coca-Cola Scholars Foundation and the Coca-Cola Foundation have recognized an MSC student through the scholarship program administered by Phi Theta Kappa Honor Society and the American Association of Community Colleges. Selection was based on the score earned in the All-USA Community College Academic Team competition, for which more than 1,700 applications were received this year. Merrill will be awarded a $2,000 scholarship and plaque.

MSC Director Talis Colberg says, "We are very proud of Ms. Merrill. It is very exciting for all of the staff and faculty to see this type of student success."

Merrill has been a student at Matanuska-Susitna College since 2010 and is majoring in marketing with a goal of eventually attaining a B.A. When asked about attending the college she replied, "I really enjoy going to Mat-Su College. I've gotten to know my teachers and I appreciate the small community atmosphere."

A New Century Scholars Reception and Program will be held during the American Association of Community Colleges (AACC) Convention in Orlando, Fla. April 21-24.