How do whales and other sea mammals manage to dive so deep for so long? 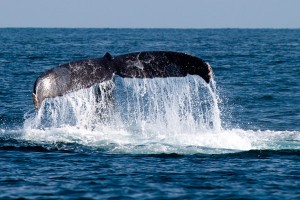 Scientists gained a new understanding of how whales and other marine mammals stay submerged so long. (Photo by Bettina Schweihn/www.unigraphy.de, used with permission)

For the first time, scientists understand how and when whales, seals and other marine mammals evolved the ability to dive and forage in the ocean without needing to surface frequently for air. Their discovery, including work by UAA marine mammal biologist Jennifer Burns, is documented in Science magazine's June 14 edition.

Specific credit goes to a protein called myoglobin, responsible for carrying oxygen into cells. It also colors muscle red. Concentrations are so rich in deep marine divers that their muscles look black.

The team extracted myoglobin from many different kinds of mammals: cows to moles, seals to sperm whales. Burns' lab provided all the samples from a wide range of sea mammals that she's studied for years. 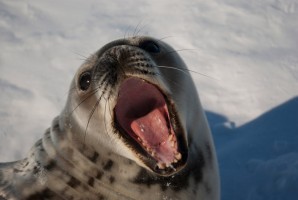 Weddell seals experience long-duration dive capabilities because, like other marine mammals, their "positively charged" myoglobin enables them to enrich their muscles with oxygen.

They found that small changes in the sequence of amino acids, the building blocks for proteins, gave the myoglobin a "positive charge." Like magnets, these positive or polar molecules repel each other. This allows abundant myoglobin to distribute equally within the muscle cells in marine mammals, spreading valuable oxygen with it.

"If there is lots of myoglobin in a cell, there's lots of oxygen in that cell," Burns explains. "And if it is evenly and nicely distributed around the cell, it's likely that myoglobin, with oxygen attached, is next to mitochondria (the cell's engine) that needs that oxygen to produce energy."

In fact, the highest concentrations of myoglobin occur where marine mammals need it the most, in the muscles they use for swimming. These rich levels correlate with long-duration dives. Sperm whales, with intense concentrations, can submerge for up to 90 minutes.

The work came from an international collaboration of biologists with different specialties, including an eco-physiologist (Burns), a molecular biologist and an evolutionary biologist. The paper originated at the University of Liverpool led by Michael Berenbrink.  Co-author Burns joined the team in 2005, noting that recent, fast-moving work in genetic technology and molecular biology enabled the project to broaden its scope in fascinating ways.

For one thing-and this is a first-scientists were able to take genetic sequencing and, through reconstructive modeling, trace its evolution and distribution alongside the fossil record. 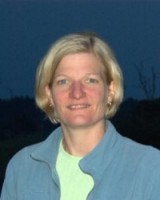 Professor Jennifer Burns concentrates on marine mammals. She was part of an international team that discovered how whales, seals and other marine mammals are able to stay submerged without frequent air.

"We don't have the gene sequence for myoglobin from whales that lived 40,000 years ago," Burns said. "But we do have it for modern whales. With evolutionary modeling, we can reconstruct the gene sequence and the charge."

"That is really neat," Burns said. "We're learning all that from a soft-tissue trait."

While it's easy to imagine that a skeleton shaped like a streamlined torpedo, with big teeth and room for big eyes, probably foraged offshore on fast moving prey, that's as far as bones can take you.

"What we didn't know was anything about the physiology that supported that activity," Burns said. Now scientists can work out evolutionary timetables by asking such questions as, 'Did an animal get the ability to hold its breath for a really long time before it got the ability to swim offshore?'

One surprising find is that a few land-based burrowing animals, such as moles, also have this positively charged myoglobin. They evolved from swimmers, perhaps retaining their high capacity for oxygen to survive poorly ventilated subterranean habitats.

Elephants were another surprise.  Reconstructive modeling suggests not that they were divers first and land-walkers second, Burns said, but that their ancestors may have foraged comfortably in the intertidal zone.

Implications for human health are significant, going back to the principle finding that positively charged charged myoglobin allows those molecules to spread out evenly in a cell and enrich its capacity for oxygen.

Certain human diseases-Alzheimer's and diabetes, for instance-have proteins that aggressively clump and clog cells. Could a positive charge get those molecules to behave more beneficially?

Burns, who also just wrapped up three field seasons collecting data on Weddell seals in Antarctica and is now writing up her findings on freshwater seals in Lake Iliamna, says international collaborations like the one yielding the myoglobin finding "are the new norm."

The era of the classic 18th century scientist, Charles Darwin, tucked away in his office with all his books, busy writing letters, is over.

"The questions are getting too complicated," Burns said. "You can't possibly be an expert on everything; you need to hear all those different perspectives."

(A version of this story appeared in the Anchorage Daily News June 29, 2013)