Research: What turtles might tell us about surviving heart attacks 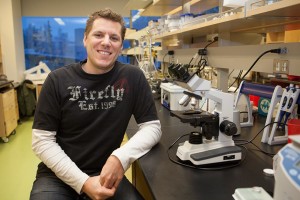 Jonathan Stecyk in his lab at UAA.

Heart disease is the leading cause of death for men and women. During a heart attack, a blocked artery prevents blood flow and starves the heart of oxygen. Heart tissue begins dying immediately, and without help, failure to pump oxygen-filled blood through the body will lead to death.

Not all vertebrates play by those rules. The common aquarium pet, a red-eared slider turtle, manages to survive for a day at warm temperatures without oxygen just fine, and for weeks at temperatures just above freezing.

If that turtle is chilled, its oxygen-starved heart rate will drop to a very low one beat per minute.  Yet the turtle is still alive and healthy. Come warmer temperatures, it returns to normal activity and its heart rate perks back up to 25 beats per minute.

Scientists are fascinated. What if humans could somehow prepare their own hearts for low oxygen situations like heart attacks? Could pharmaceuticals trigger similar self-protective mechanisms?

To figure that out, UAA stress physiologist Jonathan Stecyk is running experiments on the the part of the turtle's heart that has pacemaker or clock-setting cells. 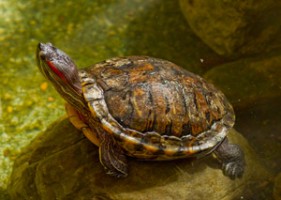 Red-eared slider turtle similar to those used by Jon Stecyk in his lab at UAA. Photo by Greg Hume, Wikimedia Commons.

"The big goal is to understand how the turtle heart is able to beat without oxygen while other vertebrates require it," Stecyk said. "Another important point is the rhythmicity of the heart. The turtle heart is rhythmic even when it's deprived of oxygen."

Heart rate is regulated by the autonomic or involuntary nervous system. We don't have to think about our heart to make sure it keeps beating. On the other hand, to lower our resting heart rate, we exercise vigorously over months and years. No such hard work is required of the turtle. Just take away its oxygen for six hours and its resting heart rate tumbles, but keeps right on beating. Stecyk calls them the energizer bunnies of the animal kingdom.

In the chilled and oxygen-starved turtle, something else besides its autonomic nervous system is at work. Stecyk knows this because previous studies manipulated turtle heart rates with drugs while the reptiles were warm. Once they were cold, a dose of the same pharmaceutical had no effect on the turtle's heart rate.

"Whatever is setting that heart rate at warm temperatures is not setting it in cold temperatures," he said. "But what is that?"

The process of finding out goes something like this.

Canadian-born Stecyk arrived at UAA in August of 2012 after five years as a post doc in Norway studying fish that can survive without oxygen under ice-covered ponds in winter. He'd earned his Ph.D. from the University of British Columbia in 2007 studying oxygen starvation in fresh water turtles. His new job at UAA was to teach undergraduate biology and continue his research on animals that manage to survive extreme conditions.

Anxious to continue the turtle work, last December Stecyk applied for and won a UAA faculty Innovate grant of  $10,000. This seed money was enough to do some preliminary work, hoping for significant early findings to warrant grant support from the National Science Foundation for a much larger project.

To get started, he bought red-eared slider turtles that grew up in the bayous of Louisiana before getting caught and sold for commercial purposes.

Thursday, he took me up to his lab for a look. One undergraduate was running pharmaceutical tests on turtle right atriums. They looked like tiny pink finger tips bathed in cold bubbling water.

In a small room just off the lab bench, a senior technician attempts the tricky patch clamping. She works at a tabletop floating on nitrogen gas, necessary to avoid any outside vibration. Stecyk says outfitting the room cost $125,000, paid for with a federally funded research start-up grant that he got when he came to UAA.

Patch clamping involves a tiny glass pipette about the size of a matchstick, heated and extended until one end narrows to just 1/10 the width of a cell. Under a microscope, the technician attempts to seal the skinny pipette end to a single heart muscle cell, or cardiomyocyte.

"The goal here is to see exactly how the heart is functioning at the cellular level," Stecyk explains. "We want to isolate these pacemaker cells that spontaneously contract, and see how their clocks function at the electrical level."

Her close work is projected onto a watery gray computer screen. What looks like a pin touches a cell boundary, but before she can achieve the necessary seal, the cell collapses in upon itself.

"Ah, see, the cell is dying," says Stecyk. "Science takes so much patience." He recalls starting a lab day at 8 a.m. and ending at 2 a.m., with just one good result for all those hours. But, "You just go get another (cell) and try again. That's the job."

Meantime, he waits-patiently-for word on that $1 milion NSF grant.

NOTE: A version of this story appeared in the Anchorage Daily News on Dec. 22, 2013.

"Research: What turtles might tell us about surviving heart attacks" is licensed under a Creative Commons Attribution-NonCommercial 4.0 International License. 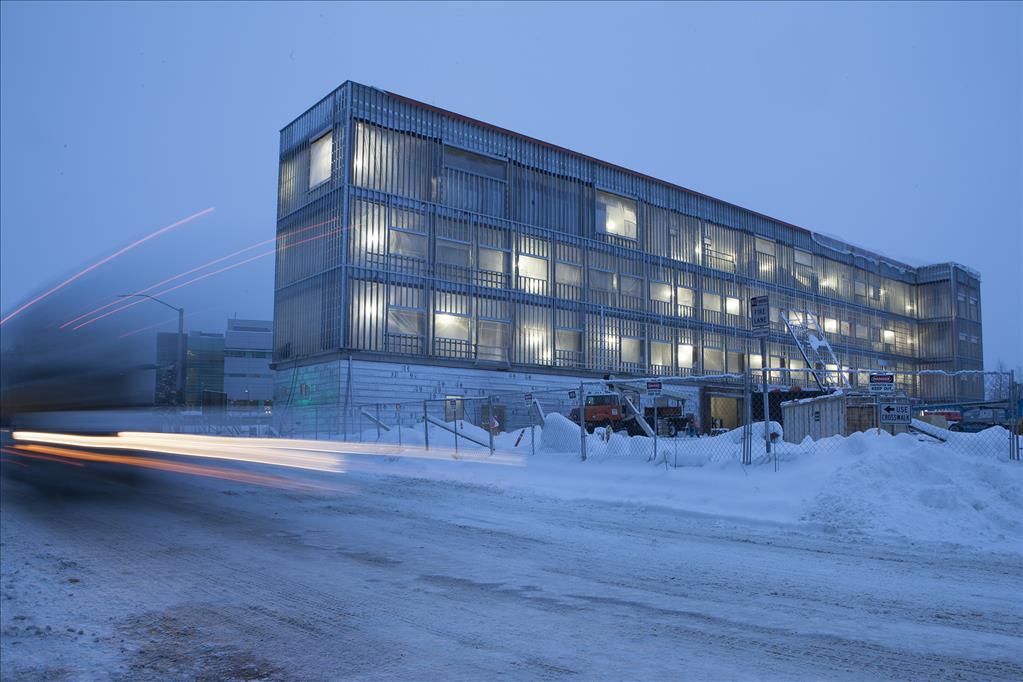 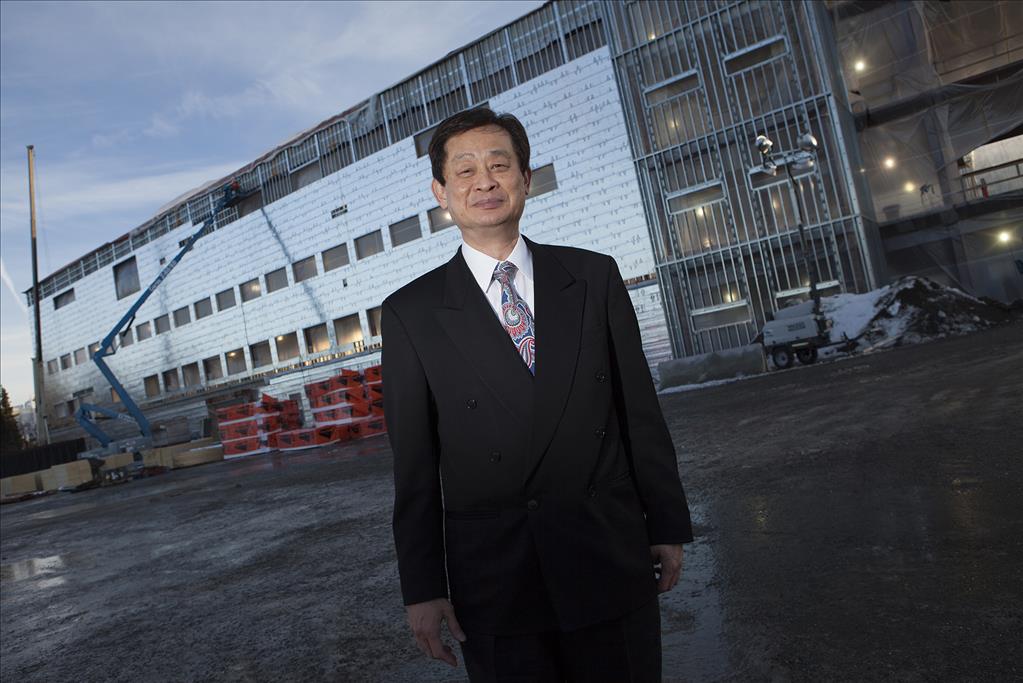 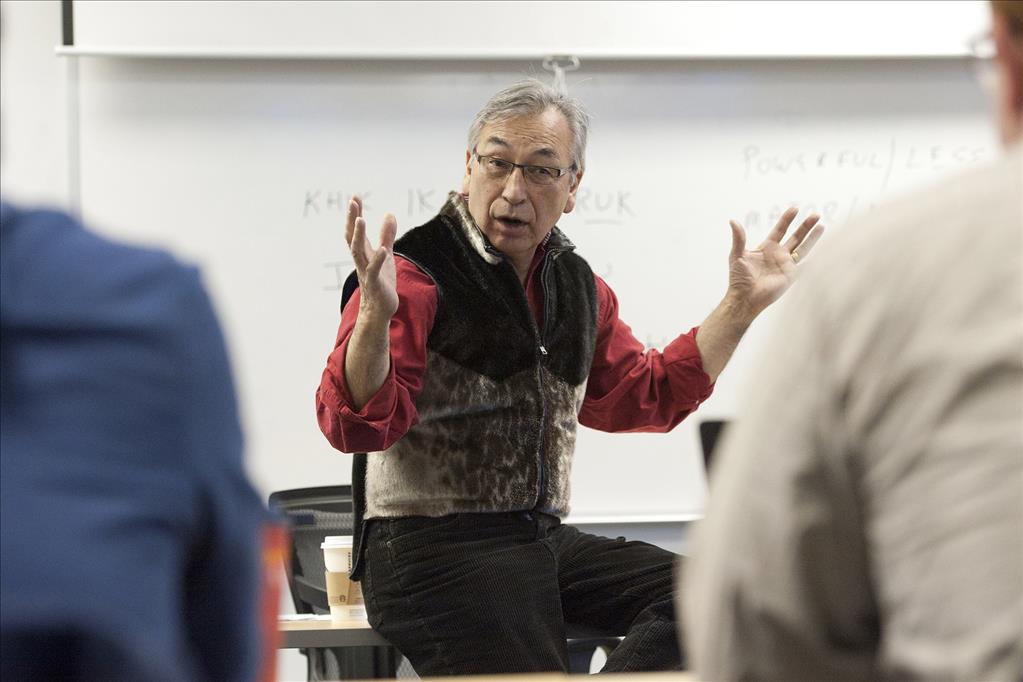 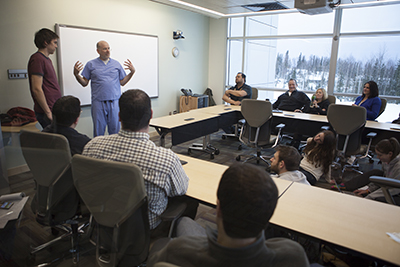 Nurturing a network of doctors 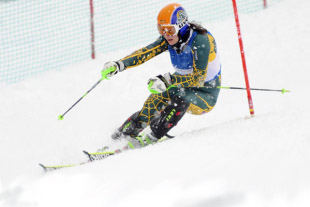