Syncretism and Spirituality: The Art of José Bedia at Kimura Gallery 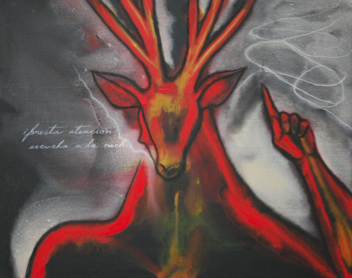 José Bedia, i presta atención! escucha a la noche (I pay attention listening to the night acrylic on canvas, 24" x 30", 2013

José Bedia is an internationally renown artist who emerged from Cuba's "Generation of the '80s." In the early 1980s he left Cuba and left for America where he began to be noticed as an up-and-coming artist. Returning to Cuba a few years later he was conscripted into the Cuban army and went to Angola to fight in a tank unit. After the war and due to the increasing censorship directed towards artists he travelled to Mexico for a few years and then permanently moved to Miami, Florida in 1993. Prior to this his breakthrough as an international artist came in 1989 with his participation in the exhibition, Magiciens de la terre (Magicians of the Earth), Paris.

During his earlier years as an artist he began to study the aesthetic and religious cultures of Africa and the Americas. It is this early phase of his development that will set the tone for his later work. In effect, he is an ethnographer, anthropologist, archaeologist, healer, trickster, and cultural bricoleur who creates powerful, lyrical and dynamic art work.

Judith Bettelheim one of the co-curators (Janet Catherine Berlo being the other curator) for a major retrospective exhibition of Bedia's work for the Fowler Museum at UCLA (Transcultural Pilgrim: Three Decades of Work by José Bedia, September 18, 2011-January 8, 2012) has pointed out that "He doesn't just read books. He travels to communities and lives with the people, and visits them over and over. He goes on spiritual quests and then depicts them in his art in interesting ways." He is certainly not a turista with camera in hand photographing "natives" and posing with them for an album and slide show for friends to view back home.

In the 1980s he took his first steps into his syncretically conceived world of meaning he has engaged in over the years. When he was in Cuba at this time he became an initiate and a healer (tata) eventually under the tutelage of Tata Alberto Goicochea, a Palo Monte leader. Palo Monte has its roots in the 1500s and was transmitted by means of the slave trade to the Caribbean area. It is a religion that consists of elements of Spanish Catholicism and African "earth-based religions and rituals. 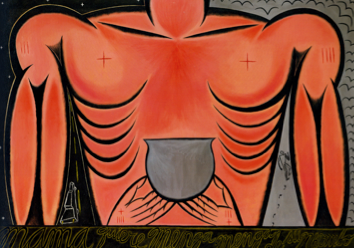 The work, Mama quiere menga, menga de su nkombo (Mama Wants Blood, Blood of His Bull) illustrates one of the major motifs found in many of his works-the nganga. The nganga is connected to religious practices from the historical kingdom of Kongo in central Africa. As Judith Bettleheim points out the "essence of Palo Monte, however, can be condensed in the concept of nganga, the religion's central icon. In central Africa the nganga is a wise and powerful man who conducts religious rituals. In Cuba it is a receptacle, also called a prenda or cazuela usually a clay container, a gourd, or a tripod iron cauldron, which is kept in the backyard, in a cellar, or in the monte under a tree. The most commonly depicted nganga is the iron pot, often resting on a tripod stand for Sarabanda, the mpungu [spirits, brackets mine] associated with things made of iron." (academic. csuohio.edu/... html/bettleheim.html) The iron pot, the nganga, is central to the image seen above and presented as an offering.

If one is an initiate and participates in Palo Monte religious practices, one obtains power through an accumulative process consisting of the objects one collects and places in the nganga. In effect, the nganga is a "spirit, a supernatural force, but it is also the name for the entire receptacle...nganga, then can refer to the pot itself, the power of the pot, or the owner of the pot. It is a world in miniature, and when one is initiated into the final level in Palo, one receives a personal nganga. Thus, initiation makes nganga-both priest and the pot." (academic. csuohio.edu/... html/bettleheim.html). And of great importance is its ancestral reference- the world of the dead.

Palo Monte is important to Bedia because of its reference to nature, a point of view that has spiritual implications for him as he points out in an interview:

Palo teaches that there are spiritual forces within the natural world. Our lives depend on them. The religion offers ways to relate to those forces and bring their energy to play more directly in our lives. Prayer in Palo can be to go off alone to some natural place and leave a simple offering. Prayer can be collecting small bits of nature--particular roots or plants or stones or water or animals--and combining them in sacred recipes which release certain energy. (Elizabeth Hanley, "Interview. "Symbol Truths", South Florida (April) p. 52, 1994)

His religious involvement also includes being a member of the Native American Church, a pan-Indian religion that incorporates Christian notions and indigenous spiritual concerns. Over the years he has made trips to Northwestern Mexico where he observed Semana Santa (Holy Week) ceremonies and studied with the Lakota of the Great Plains participating in sweat lodge rituals (the sweat lodge being a sacred space where one participates in ritual cleansing, prayer, healing and a variety of other religious activities). His stays at the Rosebud Indian Reservation and his awareness of Lakota belief systems resonated for him in regard to his own beliefs in Palo Monte. He found convergences in Lakota epistemology by virtue of the primacy of their beliefs in nature, the power of the earth and use of sacred objects. Like Palo Monte, one finds in Tunkashila (grandfather of all things) and maka unci (grandmother earth) a reference to power that is linked to the earth and through ceremonial rituals one can be empowered by communicating with specific animals and natural objects. Nganga and its power finds parallels in Lakota beliefs.

In looking at the work in the gallery there is a marvelous use of line and profile imagery that finds a stylistic connection to Plains Indian Ledger drawings that were produced by the Kiowa and Cheyenne when they were incarcerated at Fort Marion (St. Augustine, Florida) in 1875. Their simplicity and directness appealed to him but also their adverse conditions living in a white man's world and having to adapt to those circumstances. A sentiment shared by Bedia who felt he was straddling two worlds. At Fort Marion, the Indians were given colored pencils, crayons and ledger books to draw on- a far cry from their traditional materials. In the publication of his collection of Cheyenne Drawings he notes:

What stands out immediately and has always fascinated me in these drawings is their power to convey a synthesis and the way in which representational canons and conventions were established so soon, even though this kind of art was so new to them....these artist-warriors were pioneers in the use of numerous resources that would only appear many years late in contemporary comic strips. I am referring to the attempts to represent movement and translation of the characters in each episode through drawings of footprints, the hoof-prints of the horses... In sum, a whole world of absolutely real stories rendered with great lyricism and ability to capture the essence. (José Bedia, Crónicas de Guerra, amor y visions místicas/Chronicles of War, Love and Mystic Visions (Buenos Aires: Latin American Art, 2008, 5)

He has been characterized as a "transcultural pilgrim" alluding to his thirty years plus treks to uncover and interact with diverse indigenous groups whose spiritual worlds are in opposition to Eurocentrism. These journeys to the Americas involve his visits to shamans in the Peruvian amazon. Spirituality is also linked to his postcolonial critique focusing on the oppression of subaltern peoples who were exploited in the past by colonial powers.

What one encounters in his work at the Kimura Gallery are many layers of meaning that reflect autobiographical and visionary experiences. There is an obvious connection to visionary experiences when one views Vinculo et Azul (Bond in Blue) with the peyote bird exploding from the figure's head. As an iconographical element it is obvious but saturated with personal meaning. He has previously taken peyote and ayahuasca (connected to Peruvian shamanism), psychotropic plant substances to access the divine. Is this a vision of linking to the divine? What is the link to the blue, the azul of the spirit? Shamanistic overtones are apparent in , i presta atención! escucha a la noche (I pay attention listening to the night providing a lesson for the seeker of knowledge.

Thegesture of the left hand has its finger pointing upward to the undulating line that swirls about and behind the frontal view of the deer one sees a profile of a head. The message is to be found in the night and solitude perhaps. It could be a toned down version of Heyoka, a trickster figure, who in this guise is operating as a teacher, to portray the sacred, Wakhan. Like a Zen koan one is given a puzzle to figure out. What is the lesson in the night? What is it one has to listen to? The deer is also revered in Lakota epistemology and can symbolize gentleness, unconditional love and kindness.

Bedia loads his works with multiple connections and the works throughout this exhibit are expressive of the rich contextual implications he presents to the viewer. We enter a world of ritual, animal spirits and a reverence for nature. In many ways one can conceive of Bedia's work as an ongoing project- a visual trope of sorts reflected in the nganga. His art becomes an ever-expanding pot of accumulation of objects, experiences, and spirituality. 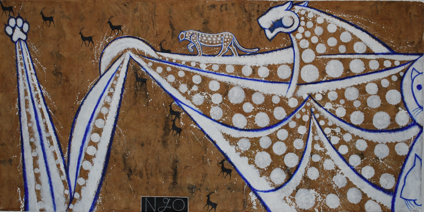 "Syncretism and Spirituality: The Art of José Bedia at Kimura Gallery" is licensed under a Creative Commons Attribution-NonCommercial 4.0 International License. 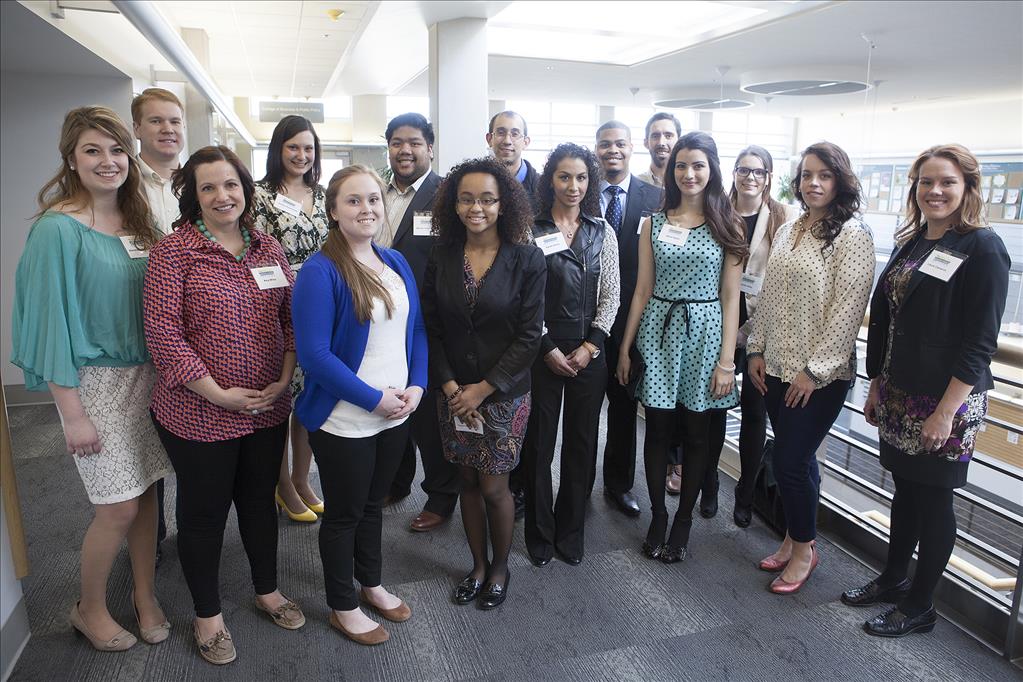 A new class of leaders 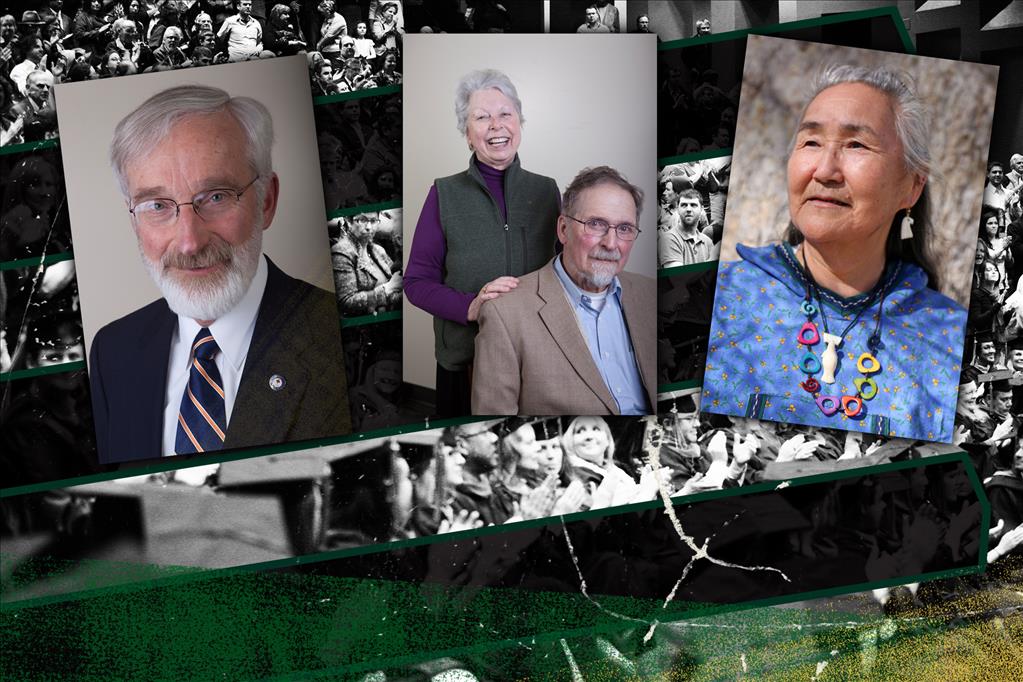 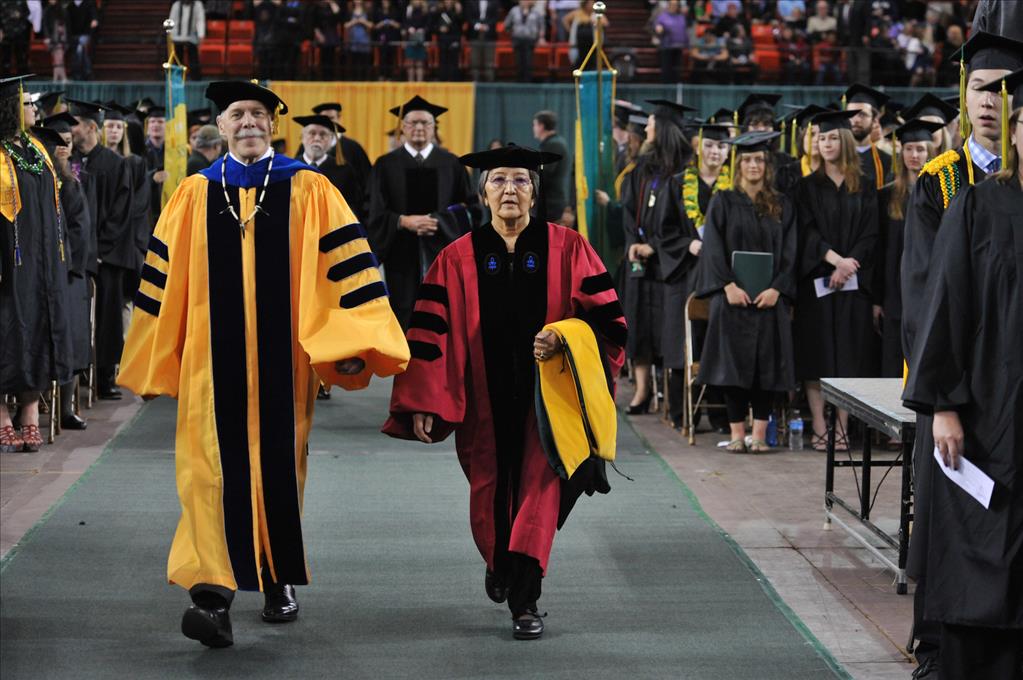 A graduate's guide to commencement 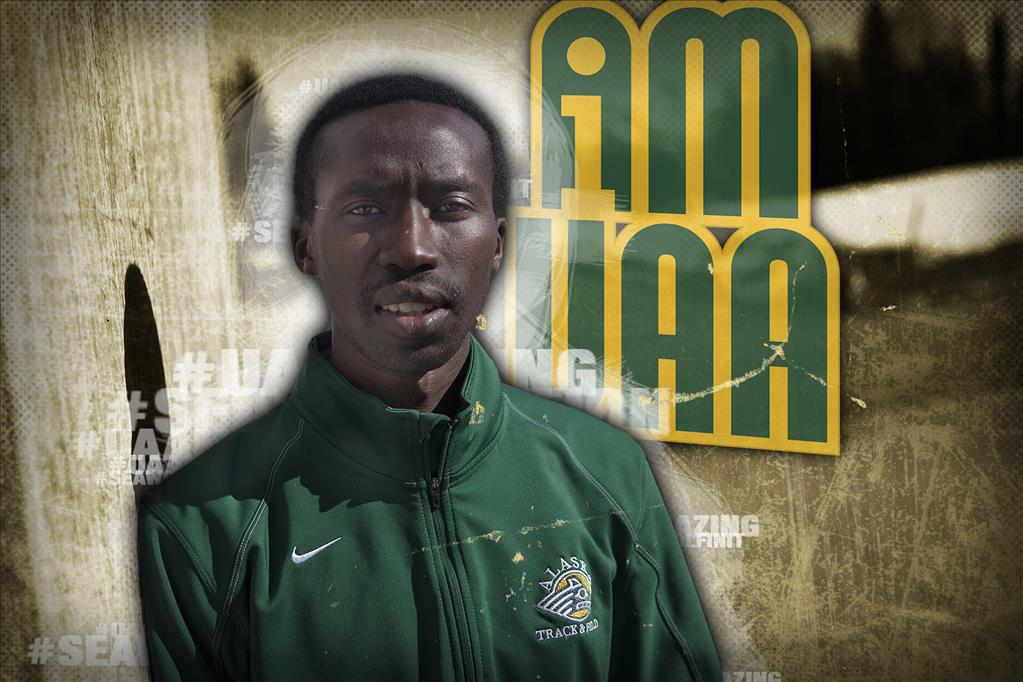 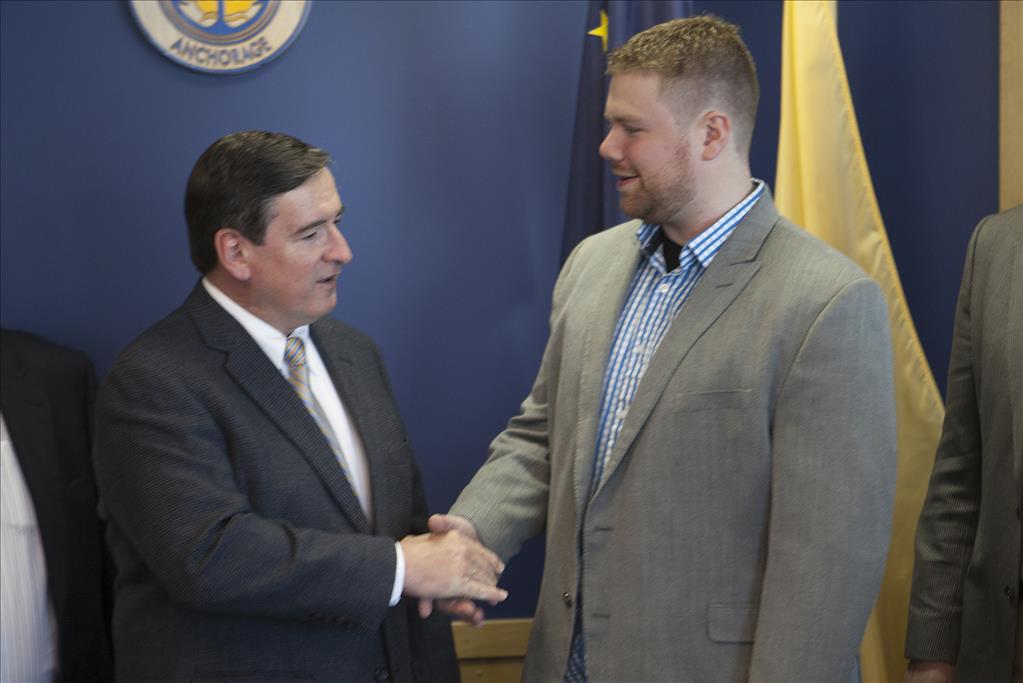