Dr. Will Jacobs first arrived in Anchorage in 1973 behind the wheel of his trusty Pinto station wagon. Fresh out of a Ph.D. program, he joined a two-professor history department and became the youngest faculty member at Anchorage Senior College (ASC).

Dr. Jacobs retired from teaching in 2002, remained in various part-time positions until 2013 and completed a career that spanned an impressive two-thirds of UAA's 60-year history. As an eyewitness to the political roller coaster that saw the campus expand physically and split ideologically-from the early ACC/ASC days to the awkwardly acronym-ed UA,A to today's UAA-he's the perfect person to record the institution's history.

His recently published book-Becoming UAA: 1954-2014-was a decade in the making. He first started digging into UAA's history while researching information for the history wall (on the third floor of the UAA/APU Consortium Library) but he soon discovered the university's story required more space than a wall could ever provide.

After 10 years of writing and research, poring over six decades of student newspapers and government documents, Becoming UAA is finally in print.

As an emeritus history professor, he's previously published about World War II military strategy. Becoming UAA is a bit of a departure for him, but it reads like an account of campaign strategies on the bureaucratic battlefield of higher education. "If I could lay claim to an expertise, it would be organizational politics...and that was always helpful in dealing with UAA," he joked.

His book outlines the constant actions and reactions, pushes and pulls that shaped today's institution. Was the 1986 restructuring a UA power play to end ACC? Or was Fairbanks hoping to distract Anchorage by pitting its institutions against each other? It's a complicated story, but one Jacobs objectively navigates. With every decision-and there've been a lot of decisions-Jacobs presents opposing perspectives, suggests what could have happened and moves on to what did.

To kick off Chapter 1, he writes: "The history of UAA is confusing even to those who count themselves as insiders."

The humble beginnings of UAA 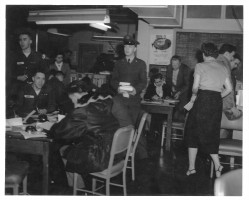 The University of Alaska-with only 300 Fairbanks-based students at the time-expanded to military campuses statewide in 1950, creating the first opportunities for higher education in Anchorage. (Photo by Dr. Betty J. Boyd-Beu)

Alaska, as Alaskans know, has been booming for decades. The growing population required a system for higher education, but constantly shifting demographics made it a challenge to lock down any permanent, long-term (or even short-term) system. The University of Alaska (UA) was essentially outgrowing its wardrobe every few years.

In 1950, UA had only 300 students, all based in Fairbanks. To increase enrollment, the territorial government extended higher education to military bases, creating the first higher education options in Anchorage.

UAA stakes its start date four years later, when Anchorage Community College (ACC) launched in 1954. Territorial legislation allowed Alaska cities to open community colleges, so long as each city provided the facilities and kicked in 25 percent of funding. ACC held night classes at the only high school in town, in the building that's now home to West High. Professors were on payroll with the Anchorage School District and, most incredibly, Anchorage High School on Romig Hill was still located outside city limits. Vincent Demarest-the one and only member of the class of 1956-became ACC's first graduate.

The time of troubles

In November 1970, the Board of Regents agreed to lump ACC and ASC under the title University of Alaska, Anchorage (UA,A). The two institutions shared the name, but little else.

Today, UAA is the health campus of University of Alaska. In the 1960s and 1970s, ACC offered certificates and associate degrees in the health field, including Medical Laboratory Technology (pictured above). When AMU close in 1976, UA,A took on the baccalaureate degree and opened the new School of Nursing. (Photo courtesy of Archives and Special Collections, University of Alaska Anchorage)

Problems were myriad. ASC faculty had little control over their students' first two years of education at ACC. Additionally, by only offering associate degrees, ACC had the larger enrollment and lower costs, as well as unionized faculty. Meanwhile, AMU's financial struggles ushered in a series of collaborative deals with UA, and the state funded a new Consortium Library on AMU's land to be shared by AMU and UA,A (the community college, in the process, lost part of its on-campus library, adding fuel to the fire).

AMU struggled in the 1970s, selling a chunk of campus to UA,A (today's east campus) in 1972 and officially closing in 1976, just a few years after the library opened. The Regents soon separated ACC from UA,A, significantly shrinking the program, but allowing ASC to finally offer its own four-year programs. Within two years, AMU restructured and reopened as Alaska Pacific University, putting UA,A right where it started the decade-sandwiched between two ideologically different institutions (only now all shared a collaborative library).

As the population continued to explode in the post-pipeline 1980s, things had to change yet again. Donald O'Dowd became university president in 1984 on the edge of an epic economic downturn, and inherited 14 separately accredited institutions.

During his tenure, O'Dowd made sweeping and controversial changes that completely restructured the university. ACC and UA,A became a single public institution, forcing decades of divergent missions into one institution (Becoming UAA includes several student newspaper cartoons which skewer the controversial restructuring).

"In the end all that could be agreed upon was to drop the comma [from UA,A]," Jacobs joked.

Becoming UAA is an appealing read for anyone interested in the rollicking internal backstory that created our university. The book also provides sidebars throughout the text outlining the major players at the university and state levels, many of whom are now immortalized in the names of campus buildings.

UAA has grown from a relatively unplanned institution to an impressive academic campus, and Jacobs has added an extraordinary amount of context-and an admirably even-handed approach-to the history of the university he called home throughout his career.

As the city of Anchorage readies for its centennial, Jacobs provides a timely read on one of the city's major institutions. UAA may not have the timeline of Harvard or Yale, but it certainly has a lot of stories to share from its relatively short 60 years.

Becoming UAA: 1954-2014 is available in the UAA Bookstore and online at Amazon and Barnes & Noble. 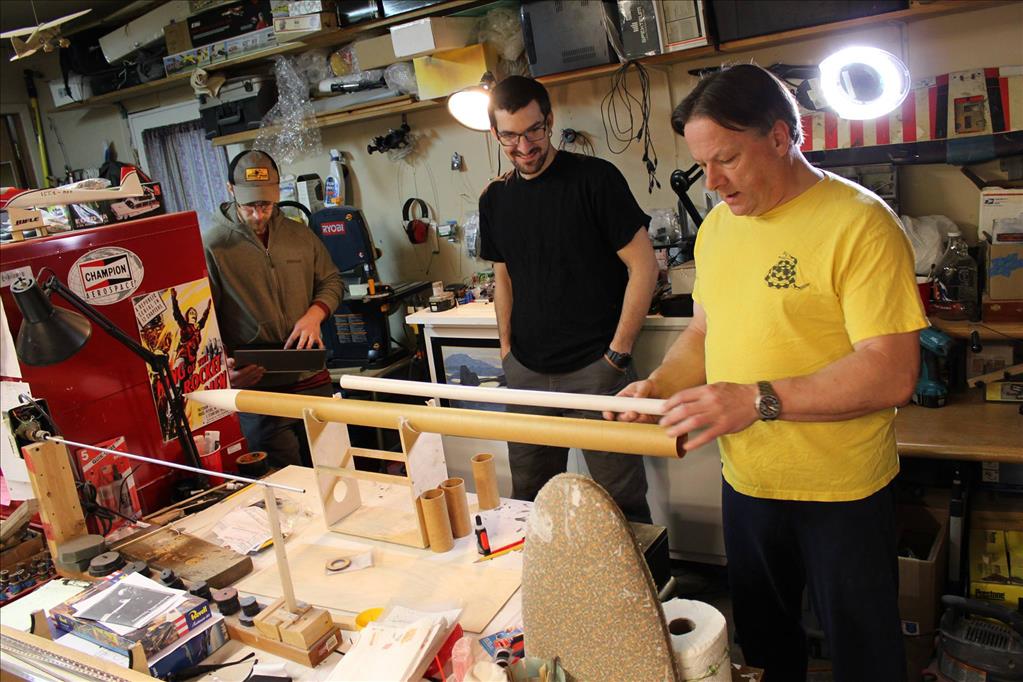 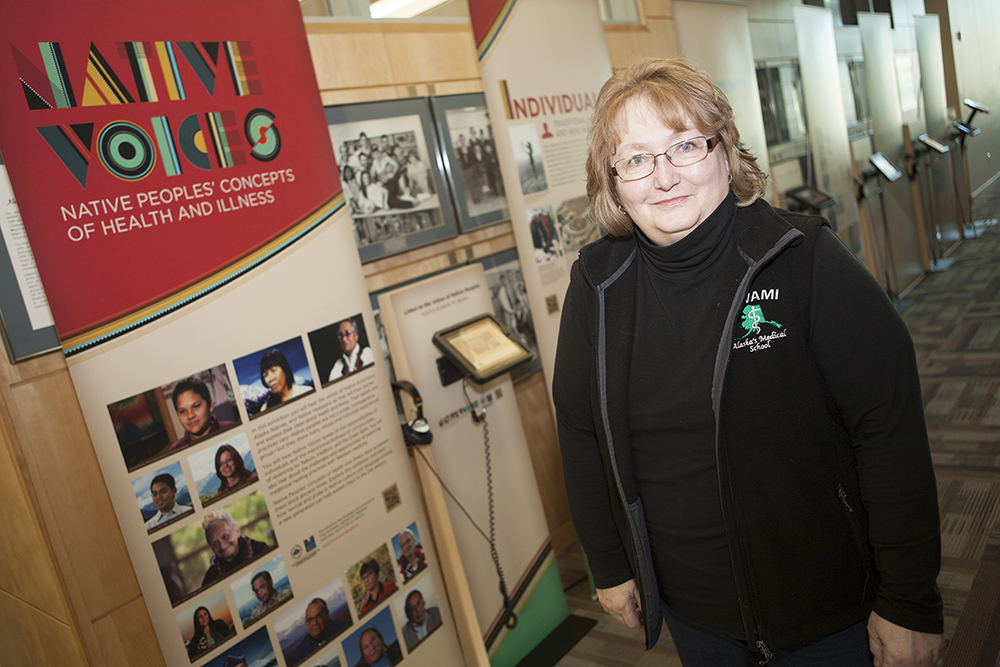 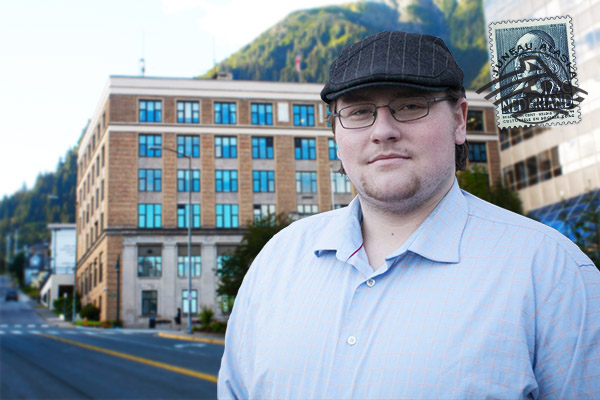 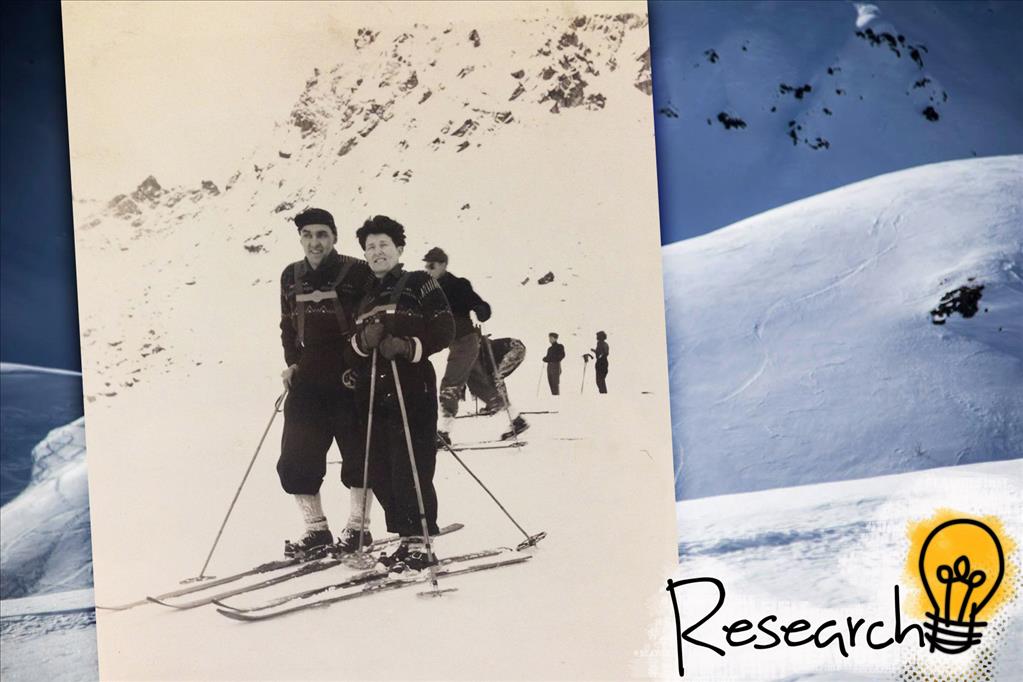 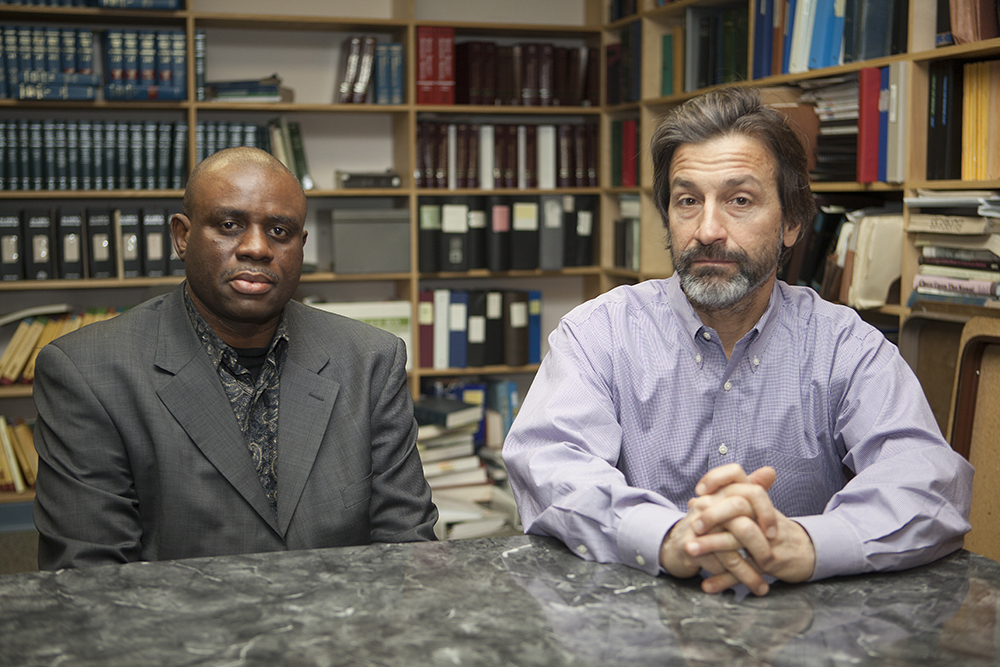