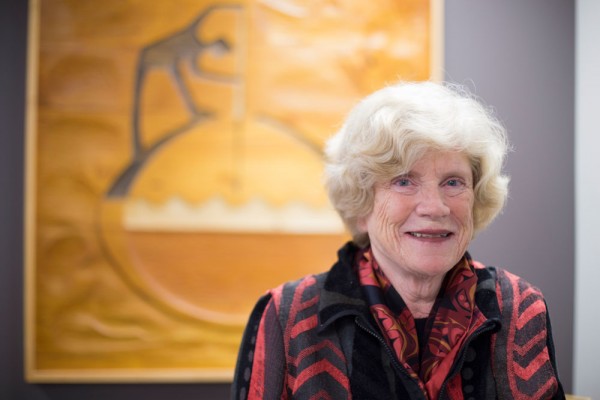 Alaska is a young state with a relatively short history. Sometimes, with our eyes on the horizon, we forget to document and preserve our valuable recent history.

Dr. Heather Hudson, a fellow at the Institute for Social and Economic Research and a former director, saw that lapse happening. Through the University of Alaska Press, she has just published "Connecting Alaskans: Telecommunications in Alaska from Telegraph to Broadband," capturing the facts and key personalities that proved significant in our state's earliest telecommunications history.

What worked, what didn't

The book tells how technology and policy succeeded in linking people in a young territory and state with the each other and the rest of the world. Alaskans lived for generations with fragile and intermittent connectivity, where ham radios operators connected people without phone service and where television aired programs weeks after their appearance in the Lower 48. While television and phone service are still a challenge in many parts of the state; the Last Frontier's journey to connectivity continues. 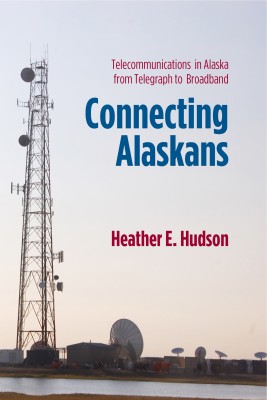 Hudson takes the long view of Alaska telecommunications and how systems have or have not developed, as well as who worked on them and how those pioneers managed against big odds to get the networks up and running. She came away from her research deeply impressed with Alaskans' drive to link up with the rest of the world.

Hudson's Alaska roots date back to her time as a Stanford graduate student in communications research. She came to Alaska in the 1970s to evaluate the effectiveness of a NASA satellite experiment linking health aides in 13 rural villages with doctors at the Tanana Hospital, an early experiment in telemedicine.

Before the satellite experiment, rural clinics and doctors in regional centers used high frequency radio to share information. Reception was poor and easily interrupted. A health aide from one village told researchers he'd only managed a connection with hospital doctors once in the past two years. The satellite made communication dependable, and outcomes for patients improved significantly.

Says Hudson of the project: "We did the research that showed reliable communication between health aides and doctors in regional hospitals really did made a difference in diagnosis and treatment."

Stanford's Communication Department also produced a 20-minute film capturing the value of the satellite experiment to the lives of rural people. Scenes of caribou harvesting, fish wheels, children sledding on a hill above their village all capture an Alaska of 40-50 years ago.

The film, which features commentary from important historic Alaska figures including a young state Sen. Willie Hensley, Gov. Bill Egan and U.S. Senator Ted Stevens, is now preserved and available on You Tube, called "Satellite House Call." It's worth your time, both for understanding the value of the experiment and for authentically depicting the challenges and rewards of life in rural Alaska. In many ways, the short film is an important time capsule.

The fruit that grew out of this early telemedicine experiment is evident today. Alaska has one of the largest and most important telemedicine networks in the world, linking more than 240 sites.

But here is what Hudson didn't learn during her satellite evaluation trip, and what led her to the research and the book: How policy, global events and individual personality can affect what happens.

"What does it take to turn an experiment into something that benefits everybody-an experiment that worked but was of a finite duration on a piece of experimental equipment-into service for everybody?" she asked.

When she considers disappointments, the lack of Alaska Native engagement in both planning for and delivering content to the airwaves is frustrating for her. Canadian aboriginals, in contrast, create a whole channel of locally produced television content. She'd like to see that here, and see communities across the North share their content. Radio in Alaska has fared better, she says.

Visionaries established RATNET, the quirky acronym for the Rural Alaska Television Network, so that communities around Alaska could receive news, sports and entertainment via a single satellite channel. When Hudson has met telecommunications experts from Canada, they marveled that Alaska had a dedicated channel so early in its history, but without Alaska content.

Following a 1976 court decision requiring villages to offer kindergarten through high school education in each village, the LearnAlaska project was born in the 1980s. Educators transmitted hundreds of hours of educational material so that rural teachers could set their VCRs and download content for their students. This, of course, is a very early form of distance learning, which today has given way to online learning.  As Hudson explains, each generation of technology becomes a platform for the next version.

Hudson emphasizes the important role the military played in helping develop communications in the 49th state.

"In the early days," Hudson reflects on her research, "the military owned everything, and it was also supposed to serve the civilian population. The governors were always writing to Washington, saying, 'We need more money for communication. Oh, and by the way, we need cheaper rates, too.'"

That meant staff working on network operations had to seek approval from the Pentagon, which already had a long list of priorities and challenges. Change took time.

Fortunately, Alaska had advocates, and the effort was nonpartisan. "In the '70s and to some extent later, we had senators from both parties, Bartlett, Gravel, Stevens, all advocating for reliable communication. That included the governors, Miller, Egan and Hammond, from both parties." Other strong advocates were Red Boucher and Fran Ulmer, both as a legislator and later as lieutenant governor.

"It was a nonpartisan activity that involved advocacy at all levels," Hudson says. "I think we have lost some of that today."

The can-do spirit proved infectious. The creativity and tenacity of advocates impressed Hudson throughout her research. She recounts a particular incident: Bob Walp, a cofounder of GCI, once directed the governor's Office of Telecommunications. He demonstrated the guts people shared in their quest to get communication to all villages. "We had no authority," Walp quipped at one point. "We were just right!"

Another colorful bit of history she found was the 1975 battle to fund 100 small earth stations to connect un-served villages. The new technology was cheaper than what was proposed by RCA Alascom, but the state advocates had to find the money first. Marv Weatherly, who headed the Office of Telecommunications under Hammond, was in the political trenches trying to get the funding. The price tag was $5 million.

Weatherly: "I went to [Democratic senators] Jay Kerttula and Chancy Croft. RCA was all set up to kill this thing in the Senate...the Senate was the battleground. Now here we have a Republican Governor, a Republican cabinet. I was a Republican. But Croft and Kerttula managed to maneuver the bill through the senate."

Phone call from the governor

Weatherly remembered the call with relish:

"Jay [Hammond] called me on the phone," Weatherly remembered. "He says, 'Are you sitting down?'

Hammond: "You got your $5 million. Now go out and build it!"

"You could hear my yells from one end of Anchorage to the other," Weatherly said. "I took that $5 million and started procurement!"

Broadcasters Augie Hebert and Al Bramsted were other communications visionaries. Hebert worked long and hard for a television demonstration project to rural communities, Hudson recalled. Despite his tenacity and creative thinking, the project almost didn't happen.

Hebert was in New York City talking to CBS, and he decided to drop down to Washington and check on the status of licenses for the project. It was due to start on Monday and this was Friday. He visited the FCC offices only to find all the approvals were still sitting in somebody's in basket...he still managed to get temporary authority to start the demonstration on Monday anyway.

"There were a lot of things like that," Hudson said. "People were very persistent and pretty creative, and sometimes, a little crazy, in a very Alaskan way. They got things done."

Makes you feel good about Alaskans.