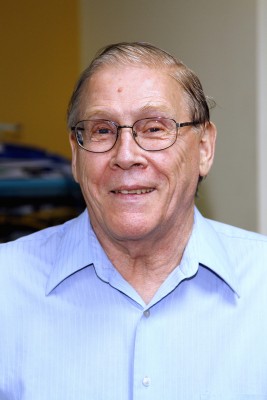 The UAA Community & Technical College is deeply saddened to share that Ray Noble, associate professor of computer and networking technology, passed away on Dec. 30, 2015, at the age of 78.

Ray was born on Sept. 8, 1937, in Deer River, Minn. He served in the U.S. Army in the late 1950s where he honed his technical skills by working on the LaCrosse guided missile system. Ray moved to Anchorage in the mid-1970s and began his teaching career at Anchorage Community College in 1982. During his tenure at Anchorage Community College and later UAA, Ray provided leadership and vision for a variety of program transformations, including the shift from electronics technologies to computer networking. He built UAA's popular certificate program for Cisco Certified Networking Associate and remained current in his technical abilities throughout a myriad of changes in this field. Most importantly, Ray Noble was a dedicated teacher who genuinely cared about his students and their success. Regardless of the time of day or in between semesters, Ray could be found in his office or laboratories preparing for classes or assisting students. Likewise, Ray supported his colleagues by serving on a wide range of faculty committees throughout the years. Outside of work, Ray was an avid reader of science fiction, enjoyed games and the Minnesota Vikings.

Ray is survived by his brother, Dick Noble, and his sister, Marilyn Schultz, and their families. He will also be dearly missed by his university family and by many students, past and present.

Funeral services will be held at noon on Saturday, Jan. 9, 2016, at the Church of Jesus Christ of Latter Day Saints, located at 2501 Maplewood Drive in Anchorage.