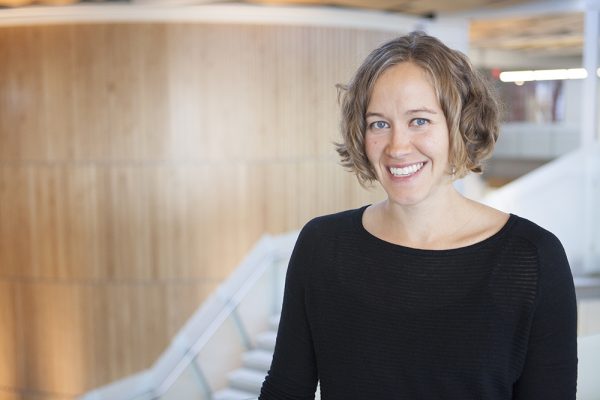 Holly Martinson is using a $50,000 award from Debbie's Dream Foundation and the American Association for Cancer Research to seek biomarkers that will help in early detection and treatment of deadly gastric cancers. (Photo by Philip Hall / University of Alaska Anchorage)

Holly Martinson grew up in Anchorage: born at Providence Hospital, she went on to attend Mears Middle and Dimond High schools before enrolling at UAA and, in her sophomore year, discovering the rich world of undergraduate research. After earning her bachelor's degree in biochemistry in 2008, Martinson moved to Colorado. At the University of Colorado, she delved into cancer research-studying breast cancer that occurs in younger women-and earned her Ph.D. in cancer biology. In the fall of 2014, she moved back to Anchorage when her husband, Max Kullberg, accepted a position on Alaska WWAMI's faculty. Earlier this year, Debbie's Dream Foundation: Curing Stomach Cancer, a nonprofit that raises awareness and funds for stomach cancer research, partnered with the American Association for Cancer Research in presenting Martinson with the $50,000 Young Fellowship Award, which she will use on her quest to discover biomarkers for early detection and treatment of gastric cancer.

We spoke with Martinson about her research and what led her into a life of science.

How did you initially find science?

I've always been interested in science and the environment...being outside and curious about different things. Math was one of the subjects I loved. I also participated in science fair projects when I was a kid. There's just a great science community associated with that. Two middle school teachers-Brett Bissell and Ellyn Brown-helped me fall in love with science. I had a student from Service, Michael Martinez, work with me this past summer. He was the recipient of the Emperor Science Award offered through PBS Learning Media and Stand Up to Cancer. He contacted me about working in the lab. I asked him how he became interested in science. He [credited] his math teacher at Northern Lights ABC...and it happened to be my middle school science teacher, Brett Bissell.

What fascinates you about science?

I like the challenge. Cancer's a huge challenge because there's so much unknown. I come to work with new challenges every day. There's always questions to be asked. That's why science is so interesting-you can constantly ask questions no one's been able to answer.

How did you launch into doing undergraduate research?

I had such a great experience here at UAA. It started with my chemistry teacher, Dr. John Kennish, saying, "Have you thought about doing research? You should write up a research proposal." That was all it took, somebody engaging me and then off I went and I've been on a trajectory ever since. I credit everything to him with regards to getting me interested in research, allowing me the independence to explore and find my own way. I hope I am able to do that with undergraduate students here too: really engage them and talk to them about the science, help them discover research.

Why is that important to you?

I love sharing my story because I see students that are sitting and going, "What am I doing? Is this the right thing?" and can say, "I was once where you're at and now I'm able to do science that I love, every day." I'm trying to encourage students more. That's really the most important thing. It's not only getting grants and doing research, but also involving students and making sure we include them. Even though my research sounds complicated, I can still incorporate students everywhere. There are a lot of talented students here in Alaska, and we need to be taking advantage of that.

What kind of research did you do, initially, at UAA?

I was really interested in how the environment could relate to human health and disease, and worked on different types of analysis. (Back in 2006, Martinson was awarded a $7,000 INBRE grant to determine the level of persistent organic pollutants in butter and razor clams from Cook Inlet-the bivalves constitute a significant subsistence food source for people living along the Inlet.)

You began researching young women's breast cancer while in Colorado and then transitioned into investigating gastric cancer. How did that come about, and why are you studying gastric cancer?

I started my postdoc here with Dr. Matthew Olnes, head medical oncologist at the Alaska Native Medical Center. I got in touch with him after defending my thesis, and asked if there was any way we could collaborate on a research project. He mentioned he was interested in stomach cancer because there is a high incidence and mortality rate among the Alaska Native population and it hadn't been well studied. When I came up here in the fall of 2014, we got the project rolling and received our first grant in August 2015, through Alaska INBRE, and then the AACR fellowship in the spring; that grant started this summer.

Why is it so crucial to research gastric cancer?

Why is stomach cancer so deadly?

These are cancers that are hard to do any surveillance on. Breast cancer, you can get a mammogram, for early detection. If you're diagnosed early on, you're going to have a better survival rate. When stomach cancer patients begin having symptoms-like having trouble swallowing-they'll come in and get an endoscopy and a lot of times it's too late. There's a high rate of patients diagnosed at stage 4. Surgery's been shown to increase the survival rate, but you can only receive surgery if you are stage 3 or below.

What is your grant funding?

I have five students who have worked with me on my research this past year; they've helped me set up my lab and worked on getting my research started. We're looking at the molecular characteristics of stomach cancer in the Alaska Native population. Nothing like this has ever been done here at UAA.

What are you looking for?

We're looking for the presence of H. pylori and Epstein-Barr virus, because they have both been shown to initiate and promote stomach cancer. Other factors we're interested in looking at are genetics. Not necessarily do the patients have a particular gene associated with stomach cancer, but how are these cancers different? What genes are cells "upregulating" and can we target them? Are there therapeutic targets we could be using to better treat these patients? So, really alternative therapies. Also chronic inflammation-I'm interested in how the immune microenvironment could possibly be driving stomach cancer.

What is the ultimate goal of your research?

The Alaska Native population hasn't been included in many clinical trials, which is not fair given that these are the newest therapies coming out. One problem is that we don't fully understand the cancers Alaska Native patients are being diagnosed with. We know incidence and mortality rates, and what type of cancer, but we've never determined their molecular makeup. So that's my research focus-to characterize cancer in Alaska Native patients, so we can come up with better ways for early detection and treatment. As therapies become more and more complicated, you really need to understand the fine details of the patients' cancers in order to best treat them. This is where cancer research is going. 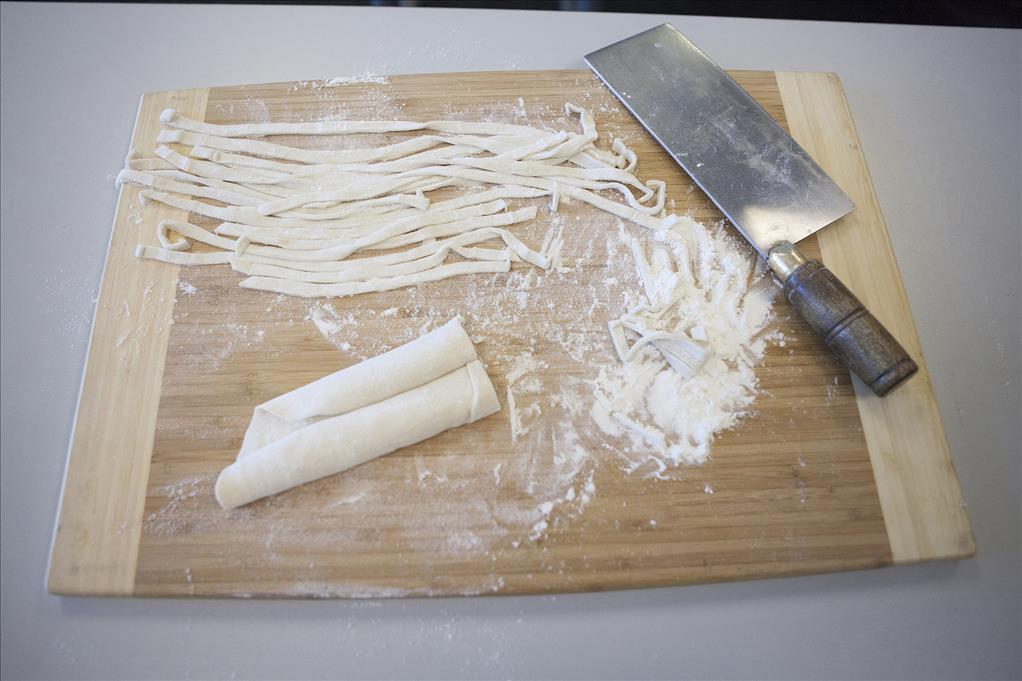 Chinese culture class, with a side of noodles 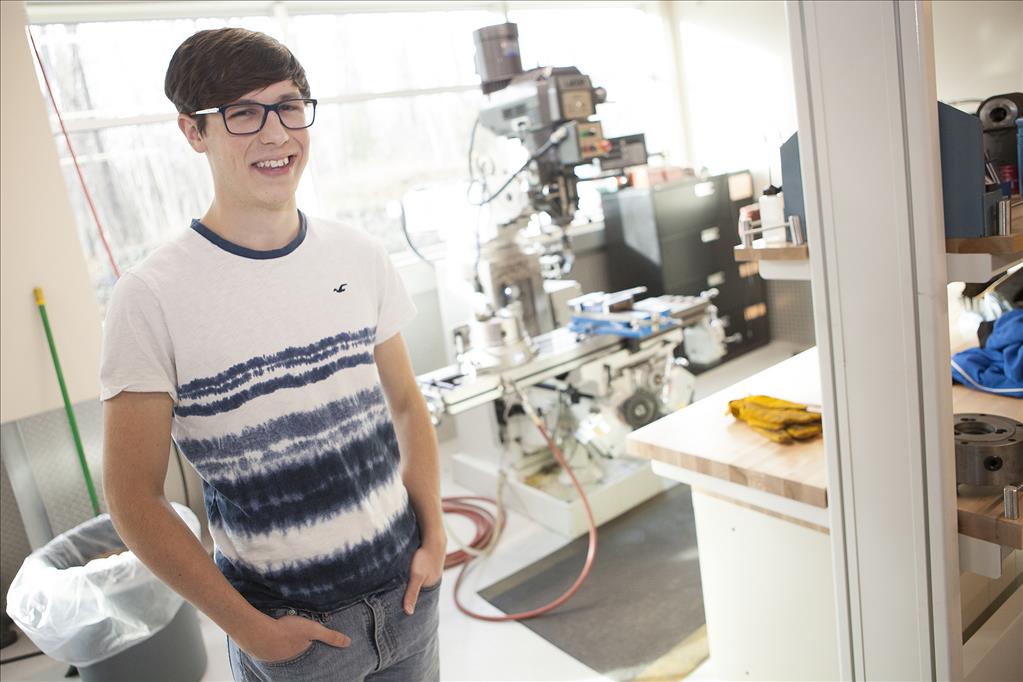 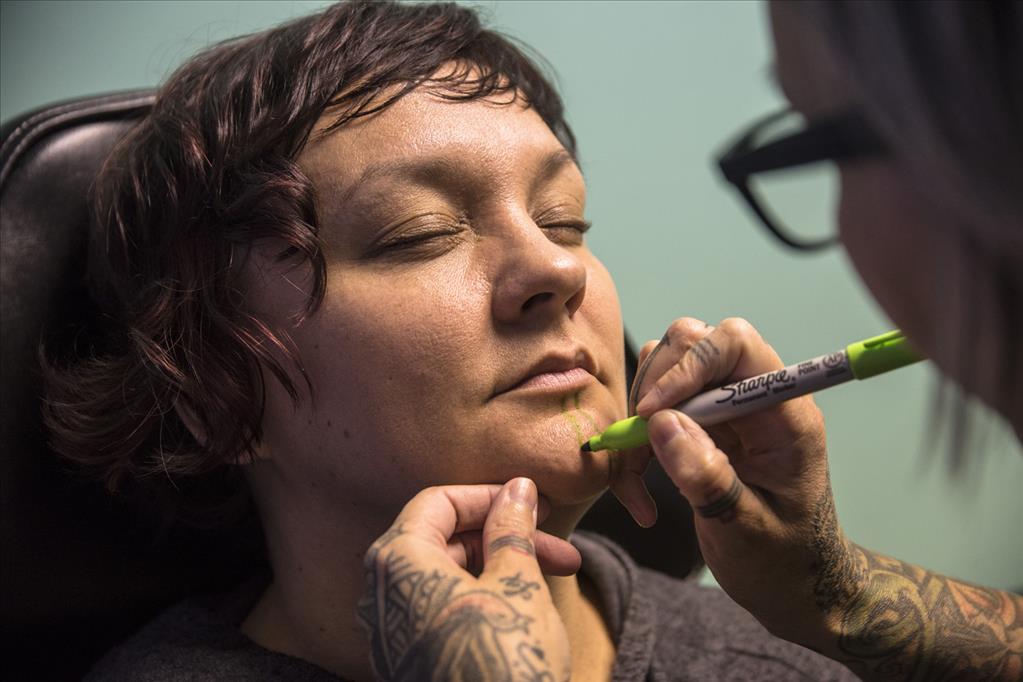 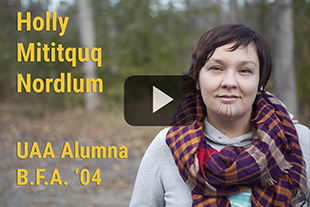 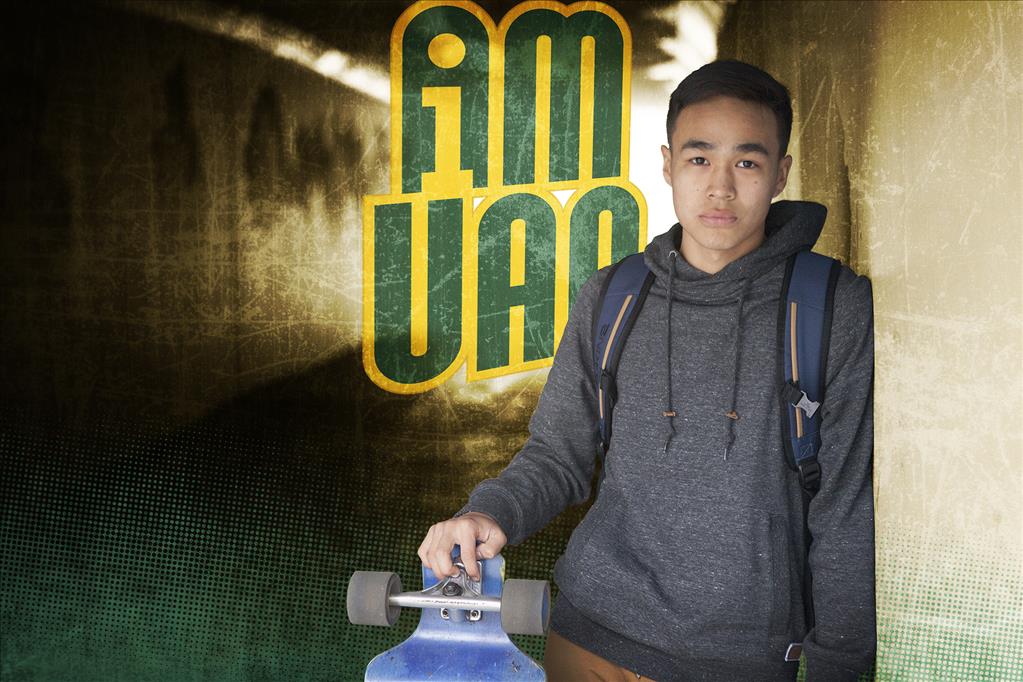 ‘I started appreciating my culture...learned to love it'