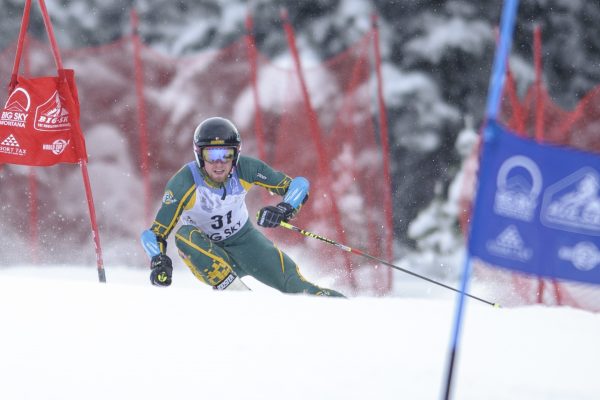 Curtis McKillop is prepared for strong competition this winter.

As an alpine skier for the Seawolves, he races in the RMISA-the country's top conference, home to 18 of the past 20 national champions. In the classroom, Curtis is up against every other Seawolf athlete, a group that collectively set a GPA record last year.

His goals, therefore, are both academic and athletic. When he graduates this spring, he would love to have his name on the national championship just as much as he would love to claim the Dresser Cup-the top academic honor for UAA athletes. 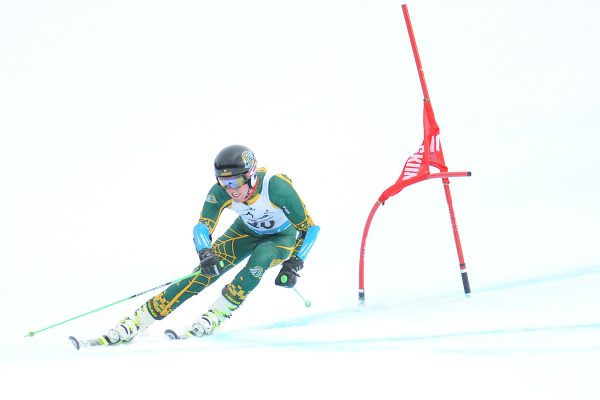 Like most members of the ski team, Curtis has spent his life on the slopes. He started skiing as a toddler around his hometown of Calgary; by the time he finished high school, he was racing competitively on Alberta's provincial team.

But even as increased competitions took him farther from home-to races in Chile, Austria and beyond-he never lost sight of his schoolwork. He credits much of his current success at UAA to the teachers who helped him in Calgary, and the ongoing support from his parents.

"The foundation of the school was to move to the next level," Curtis explained. Teachers worked with students to complete their work, even as those students traveled frequently for international events. The curriculum was scheduled, but flexible; students could work ahead if needed, and have direct access to teachers to catch up when they returned.

It was a great environment for a top-tier athlete like Curtis. "I really care about my grades, I always have," he noted. "I was always the one trying to continually excel [in class]."

That drive helped him transition to college, but only after taking two years off exclusively to ski. "It was amazing," he said of the opportunity to race for Team Alberta. "I traveled the world, which was an incredible experience, but after my second year I realized I really wanted to attend school full time."

So he started looking beyond Canada for college, hoping to attend an NCAA ski program. Curtis connected with UAA's head coach, Sparky Anderson, who convinced him Anchorage was the right place for his next step. A ski scholarship made the decision even easier, and he's thankful for both his coach's encouragement and his program's support. 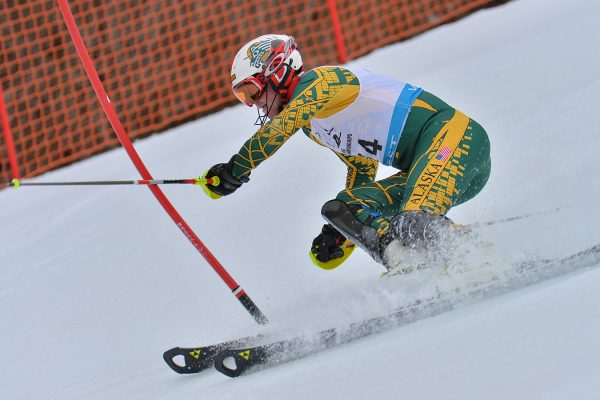 After two years away, Curtis quickly fell back into his academic routine. He says the skills he learned in high school-like establishing one-on-one connections with teachers-"translated perfectly into the university."

Curtis schedules his life around both academics and athletics, with ample time to travel between campus and Alyeska. All his classes are in the afternoon, allowing for morning trips to Girdwood, and all his homework is finished the night before. "If you're diligent and determined to get it done, you'll get it done," he said of his academic/athletic balance.

"He's an extremely well-organized individual," said Sparky Anderson, who named Curtis captain this year. "He is a leader on the team and he's someone who's consistently developed and gotten better every year. He takes his academics and athletics both very seriously."

His professors agree-"I cannot say enough good things about Curtis' ability to manage his academic and team responsibilities," said Terry Fields, who has had Curtis in real-estate management classes five times. "[He] is an excellent example of a student-athlete, able to step between both worlds and remain focused where necessary."

Now a senior, Curtis is chasing the Dresser Cup-awarded to a graduating athlete at UAA with the highest GPA. The last three recipients-one skier, two gymnasts-all had, at minimum, a 3.99. "I don't know who that's going to be [this year], but I'm definitely setting myself up well for it," he said.

It's been a busy four years. Curtis will graduate in May with a degree in management and marketing, and a concentration in real estate and property management. The past two summers, he interned back in Calgary for course credit. This fall, he earned a scholarship to attend a weeklong real estate conference in San Diego. 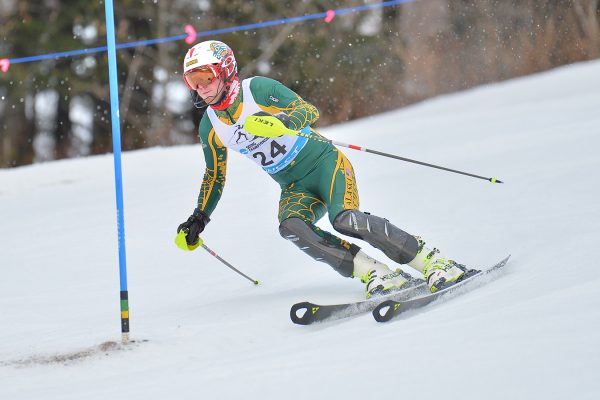 After a junior season of consistent top-20 finishes, Curtis hopes to end his slalom and giant slalom career on a high note this spring. (Photo courtesy UAA Athletics)

Heading into his senior season, Curtis has a solid track record in place. He's a consistent top-20 finisher in both slalom and giant slalom, as well as a frequent academic honoree (last year, he made the National Collegiate All-Academic Ski Team). He's reached nationals twice already; this year would make it three in a row.

"I want to do the best that I absolutely can for myself and for the team," he said of the upcoming season. "But at the end of the day, regardless of what happens, I'll be happy with however it turns out."

Curtis' season started Jan. 7 in Big Sky, Mont., and (hopefully) ends at nationals in March. "It goes really fast," he said. "I'm going to try to enjoy it."

That shouldn't be hard. He seems to make the most of every opportunity, whether it's a conference, an internship or the chance to take beginners' dog mushing at UAA just for fun. He's also made lifelong connections with his "second family"-the teammates he travels, trains and even lives with-and the feeling, it seems, is mutual.

"He's someone who has influence over the rest of the group, someone everyone else respects," Sparky said of his team captain. "I've come to really appreciate him as a person and all he brings to the team."

Catch Curtis and the Skiwolves at the UAA & Seawolf Invitationals this spring. The alpine team races at Alyeska Jan. 25-28. The Nordic team competes at Kincaid Park Feb. 7-12.

Learn more about Curtis at GoSeawolves.com. 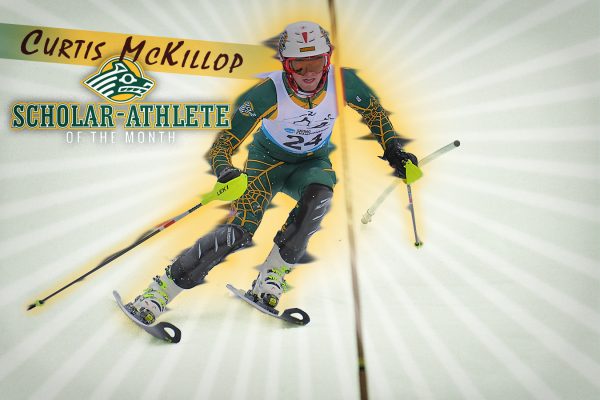