Todd Walker, man on the scene 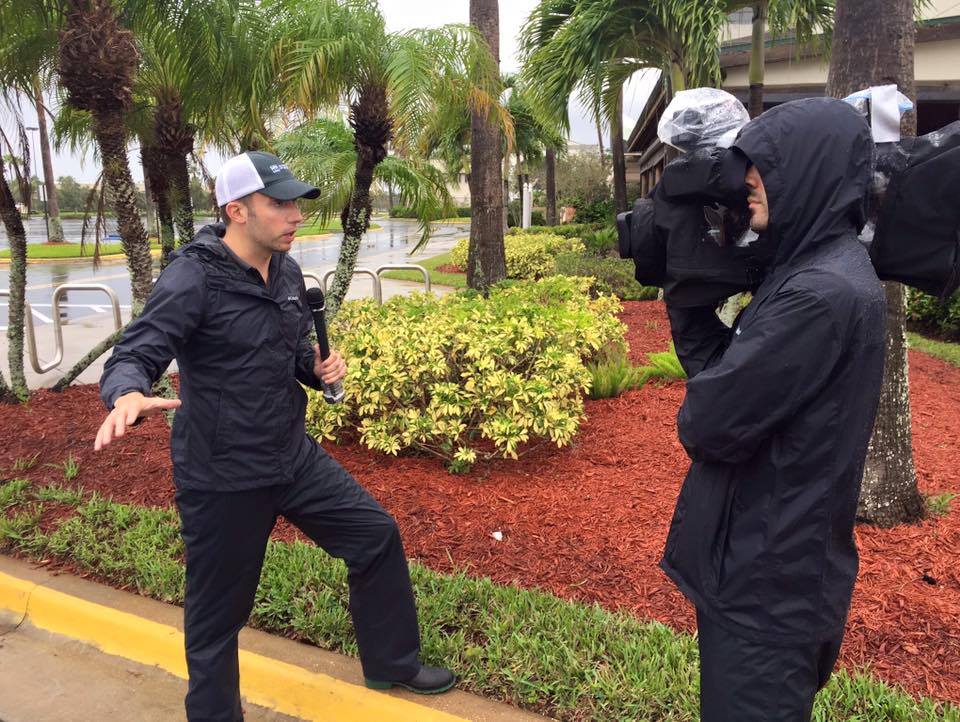 As the year comes to a close, Americans look back on the stories and surprises that shaped the nation in 2016. And journalism grad Todd Walker was likely there for many of them.

Orlando. Flint. The Cleveland protests. The Charlotte riots. Todd was at Trump HQ in New York City on election night. He covered flooding in West Virginia, hurricanes in Florida and, just this month, forest fires in Gatlinburg, Tenn.

As a national correspondent for Scripps, Todd provides on-the-scene breaking coverage for the broadcasting company's 33 stations in 24 markets across 16 states. Though his scope is nationwide, his roots are proudly in Alaska.

"Alaska," he says, "is the best place to launch a reporting career."

Todd's career success was a long time in the making (ask his parents; they have a photo of him at the KTUU anchor desk from a fourth grade field trip). His interests in journalism, though, were solidified on 9/11. 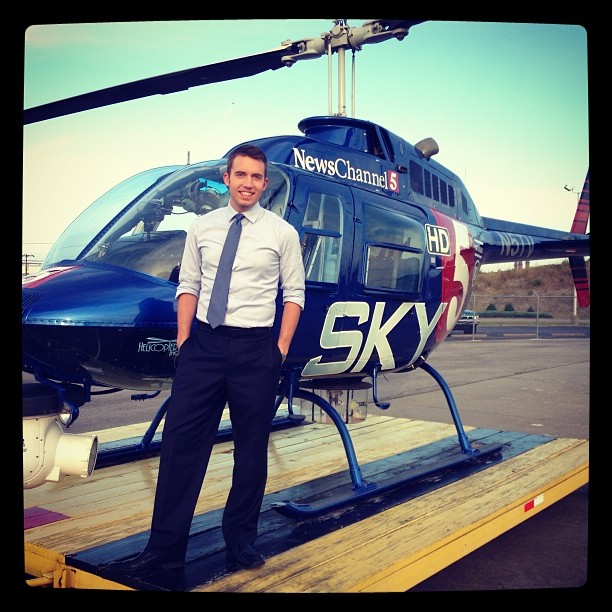 Prior to his national role, Todd reported for WTVF in Nashville, as well as stations in Anchorage and Denver. (Image courtesy Todd Walker)

Todd's father served in the military, and that day the family stayed glued to unfolding coverage from the Pentagon from thousands of miles away. As a junior high student at the time, Todd knew he wouldn't follow his father into the armed forces, or even police or fire. "But what does everyone do in a time of crisis like that?," he asked. "They all flip on the TV." It was his way to have an impact.

Todd started in news as soon as he could drive. His family had relocated to a base near Des Moines, Iowa, and he landed an entry-level gig as a part-time camera operator at a local station. He knew he would study journalism in college, and he knew just where to enroll.

Eligible for in-state tuition, Todd returned for UAA's affordability, but he found Alaska-a massive state with a small population-was a perfect setting for a hungry student storyteller.

"The state is so big and so different [that] no matter where you go, you're going to get different perspective on life," he noted. On top of that, he said, the small population allows students plenty of work experience in the community.

"School was never my strong point [but] thankfully, the nice thing about UAA is it's in a small city, so you can pretty feasibly get a job in the field you're studying ... whether you go out and hustle it on your own, or you get it through UAA," he noted. "I think that was probably the biggest benefit of going to UAA for me," he added.

Case in point: while studying journalism in the classroom and reporting for campus station KRUA, Todd also worked the cameras at KTUU. When a reporter position opened at KTVA, his academic and industry experience helped him land the job.

"Suddenly I had a full time job as a reporter while only a junior in college ... It was really handy to use last night's 10 o'clock story for today's homework when I walked into class," he joked.

His schedule only got crazier when he moved back to KTUU to helm the morning show. During his final semesters at UAA, Todd went to work at 11 p.m., built the show overnight, anchored the morning program, then left for campus. "That year and a half was the hardest of the whole thing," he remarked. 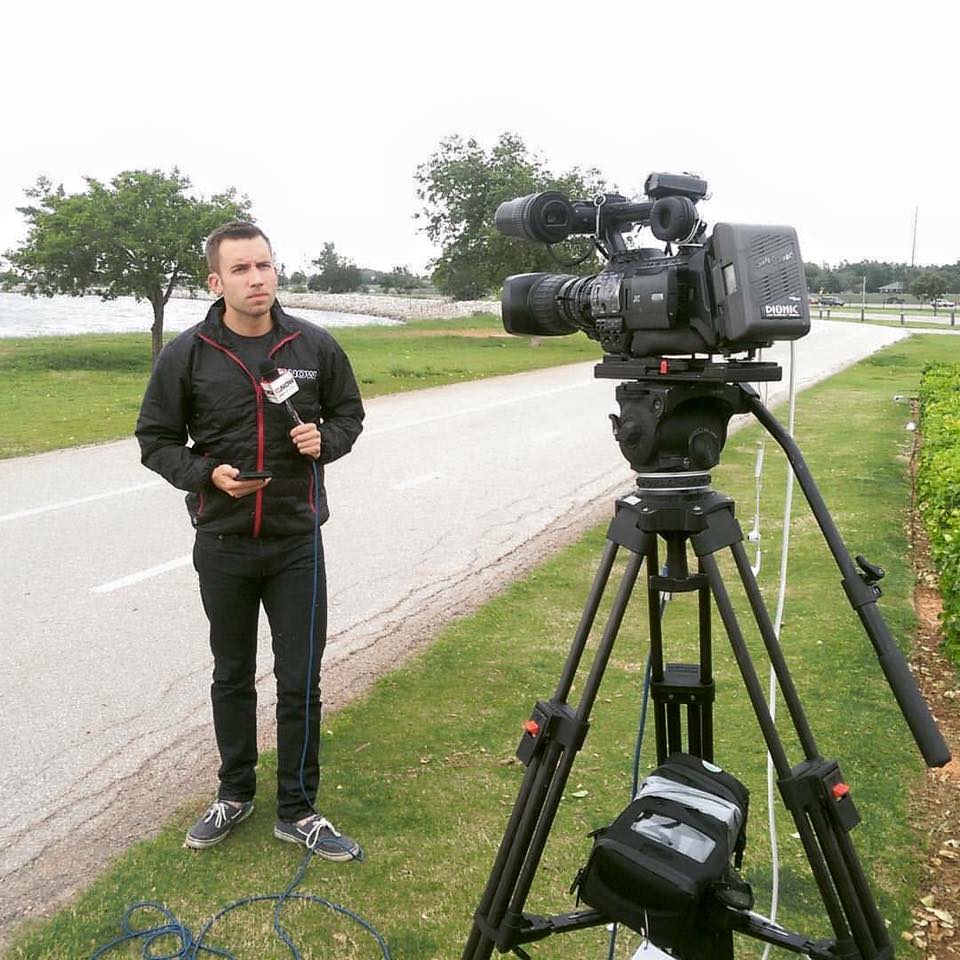 Did classmates recognize him as the morning anchor? "Sometimes. But I was such a zombie," he laughed.

So why, if he'd already established a prolific and visible career in journalism, did he keep pursuing a degree, especially when it called for such a crazy schedule?

"All the smart people in my life said just get it done," he noted. He was this close and had already invested so much time and money. So he plowed through, aided by the flexibility of his professors, who could simply turn on their TVs to see Todd wasn't just slacking off.

From Nashville to national

After receiving his hard-earned diploma in 2011, Todd shifted his campus hustle to his career.

He spent a year at Denver's KUSA, where he won a regional Emmy for live reporting after a shooting broke out while he was live at a city event. Next, he worked two years at Nashville's WTVF, where he finally found a work/life balance.

"I loved it there. Nashville's a great town," Todd said. "I could have stayed there forever and been happy. But I felt myself getting comfortable." 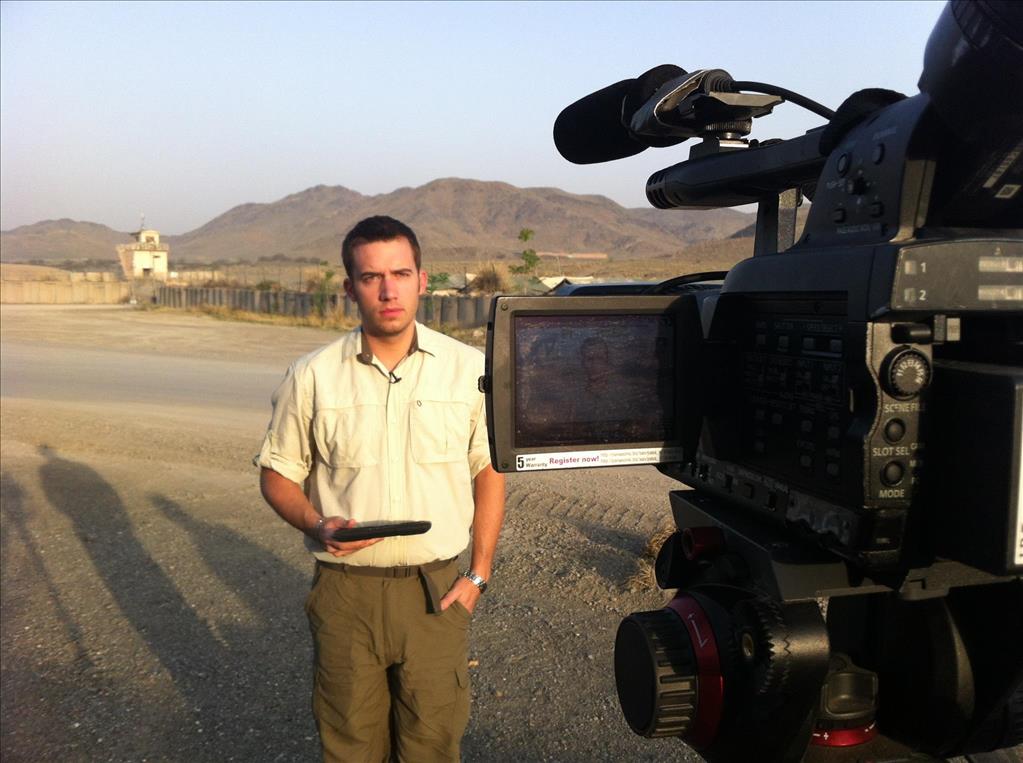 His goal, he says, is to be a foreign correspondent (and he already has experience, having reported from Afghanistan for KTUU). To reach that goal, Todd began using off-days to fly to New York City and set up appointments with networks and news agencies.

Conveniently, Scripps had acquired Todd's station in Nashville and his former station manager-now a vice president at Scripps-wanted him for the broadcaster's national team. The role aligned with his goals and, after an intense two-week interview, he had the job.

Todd's been on the move ever since, his personal phone and work phone dinging through the day as news breaks nationwide. "Whatever the biggest story in the country is, I'm getting launched out to it pretty much as it's happening," he noted, from campaigns in New Hampshire to crimes in Ohio (at Scripps, Todd won a second regional Emmy when he was swept up in violence outside the courthouse following a mistrial in Baltimore's Freddie Gray death case).

As a start-up team member covering national news, Todd had to close the book on that precious work/life balance. "It's been an opportunity I wouldn't change for anything, but it's also been exhausting," he said. Still, it's where he wants to be.

Todd has achieved a lot in his young career, and has many more stories to cover. The goal of foreign correspondent is still out there, and he credits his UAA degree to helping him on the way.

At the time, he viewed his diploma as a safety net if he ever shifted gears away from journalism. But now, that's unlikely.

"I don't think I can get out," he said, referencing the proliferation of fake news and bad information invading social media and public discourse. That only makes his job more meaningful. Work/life balance isn't as important as reporting the truth.

"If I can do my part to add a little bit of clarity, than I should stick with it."

So, in journalism parlance, stay tuned for more on Todd's promising career.

"Todd Walker, man on the scene" is licensed under a Creative Commons Attribution-NonCommercial 4.0 International License.