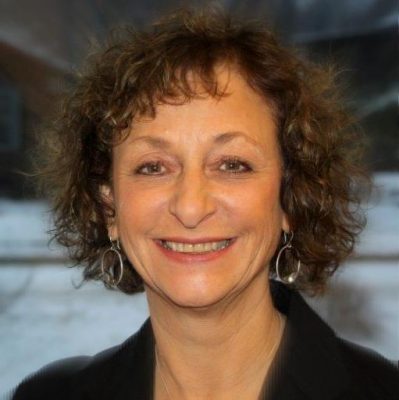 As a child, she frequently used her public library card in the coastal melting-pot city of Providence, Rhode Island, and competed in summer "Battle of the Books" events. She loved historical atlases, poring over colorful maps displaying how the waves of history shaped places like Greece, Europe, Iran and China, and dreaming of traveling to those faraway lands.

Now, Swartz - director of UAA's Kachemak Bay Campus of Kenai Peninsula College since 1986 - has presided over her 16th-annual Kachemak Bay Writers' Conference - a celebrated homage to books and writing nestled in Homer.

The latest in Swartz's dozens of awards and other honors: The Alaska Women's Hall of Fame recently inducted Swartz into its ranks - recognizing her efforts to help victims of domestic violence and sexual assault, represent children in the court system, grow community bonds and partnerships in and outside Alaska, and help people use education to better themselves.

Swartz talked with us about the conference she created, and gave her insights about writing, reading, travel, public service, hard work and education.

What was the genesis of the Kachemak Bay Writers' Conference?

My mother instilled in me a passion for literature and languages and culture in general, so that led years later to here I am in Homer, Alaska, affiliated with UAA's Kachemak Bay campus of Kenai Peninsula College. For several years I hosted a visiting writer series where I'd bring in one or two visiting writers from other places in Alaska and Outside. That was 20 years ago. The community would really enjoy it. They enjoyed the discourse and the ability to interact, discuss ideas and thoughts that come from poetry and literary creative fiction and nonfiction. We were sitting around one day saying maybe we should do a conference sometime ... and now this is our 16th. I'm pretty proud and honored the conference has become a premier venue in Alaska for the literary arts and earned national recognition.

Why do people come to this conference?

To hone their craft, meet writers, be inspired and enhance their sense of being part of a vibrant literary community. In looking at the feedback comments, [constant themes include] accessibility of the faculty ... that you walk right up to them and you talk to them outside of the workshops. Other comments that are consistent: networking/connect with others, a strengthened sense of place, meet with an agent and gain skills. People leave the conference with new friends, new literary buddies that they're going to be part of writing groups or online writing groups. Literature helps change the lense through which you see the world. Writing's a very solitary activity, so to come and be around 120 people who all share one thing - an appreciation for the literary arts and literature - it's extraordinary. And it's not just a writers' conference, it's a readers' conference. Many of the people who come aren't writers. They appreciate literature and an opportunity to discuss it and its role in our world. The writers love being able to talk to their readership.

What other activities are available through the Conference?

We have a post-conference workshop. Eight to 12 people can sign on to go across the bay to Tutka Bay Lodge and participate in a more in-depth writing workshop. A lot of people, they come all this way and they want to stay and have a deeper focus on one element of writing. We added Sunday morning yoga in the middle of the conference. We also added an optional breakfast boat cruise. Everything's done thinking about how to build community, and enhance community conversations. Topics change... I'm in a coastal community, so I always use metaphors having to do with tides: Tides come in twice a day, but they're bringing something different each time.

We've heard people refer to how well the conference strikes a balance in covering poetry, fiction, nonfiction and subgenres within each. How do you accomplish this balance?

The quality is extraordinary and exemplary. Being in Alaska and having a conference here in Homer is also a big draw for visiting presenters - there's the allure of Alaska and inspirational landscape. We strive to keep the registration fee nominal in order to make it accessible for people to come here, because you have to pay for food and accommodations and travel. The registration fee includes five meals plus receptions that are foundational to our vision of community-building ... you get to informally visit and meet with each other and presenters while discussing conference sessions. Again, it's that accessibility to poets, to novelists and essayists ... those whose book you just read ... and now you are sitting with them at a workshop or while eating. That can help change the lens through which you see the world.

You have a literary agent and an editor available to discuss book concepts and query letters. Have these consultations ever borne fruit for a writer who's attended the conference?

Some attendees let me know a year or three years later if they had a piece of work published that they may partially attribute to their participation at the writers' conference. We didn't have to wait long with one. Eowyn Ivey came to the 2008 conference from Chickaloon. We hold an open mic session whereby participants can optionally read their work for three minutes. She read hers. The agent we had that year was there. During an individual consultation session with him, he expressed interest in offering her a draft contract. Her book was later published, and she was named as a Pulitzer Prize finalist in 2013 for her debut novel, The Snow Child. She has since had another novel published, To the Bright Edge of the World. When she has been asked how her book became published, she says she attended the Kachemak Bay Writers' Conference and met an agent; timing was everything. (Swartz knows of about 18 others who credit the conference for helping them reach publication).

Who are the donors for the Conference?

Some of the major donors include First National Bank Alaska, the Atwood Foundation, University of Alaska, KBC Caroline Musgrove Coons Endowment, Kenai Peninsula College, University of Alaska Anchorage, Alaska Airlines, ASCA, Two Sisters Bakery, Homer News, Land's End Resort, Tutka Bay Lodge, Advanced Printing, The Homer Bookstore and Bay Excursions. We just couldn't put on a conference of this level of excellence without the significant individual donors who are listed on our website. I am proud it's become one of UAA's most well-known programs, nationally and in the state - definitely a program of academic excellence and community-building. It fundamentally reflects the broader mission of UAA and KPC on so many levels. Next year's Conference is scheduled for June 8-12, 2018; the keynoter will be Anthony Doerr.

There have been many throughout my life, including the students I am fortunate to meet. Then there are others like Jane Goodall, who said, "You cannot get through a single day without having an impact on the world around you. What you do mankes a difference, and you have to decide what kind of a difference you want to make." Others include Maya Angelou, Margaret Mead, Amelia Earhart, Margaret Sanger and Mary Epperson, who selflessly made significant differences in our world. Most significantly, though, my mother and father inspired me. They instilled in me many of their values and guiding principles that have served me well: a respect for history, art and culture, sense of humility, tenacity, honesty, commitment to community, a strong work ethic, a duty to help others, to be the best I can, to be accountable and take personal responsibility, to use "common sense" and finish what you start. I will always be grateful to my mother for exposing me to the arts, world literature, to nature and a respect for other cultures.

What instilled your passion for education?

You worked for many years in the arena of domestic violence and sexual assault prevention and education, and as a guardian ad litem, before fully transitioning into education. How did that shift occur?

As survivors of life's uncertainties and violence, the many strong women and children I worked with taught me much. While briefly serving on the campus' community advisory board, I was hired to teach sociology and psychology classes [in Homer]. The college had part-time coordinators for a few years, organizing community education and academic education courses. After the last one left, I was asked to apply to be its director and expand KPC in Homer, as the population and need was growing. It had become rather evident working in the field of domestic violence and sexual assault ... that education and advocacy were foundational to personal growth and safety and community development and respectful change. The future of the state at the time ... and now ... was going to be based on community-based education and community-focused development. It was a natural shift for me, and I feel very fortunate and humbled.

"I am UAA: Carol Swartz, founder of Kachemak Bay Writers' Conference" is licensed under a Creative Commons Attribution-NonCommercial 4.0 International License.