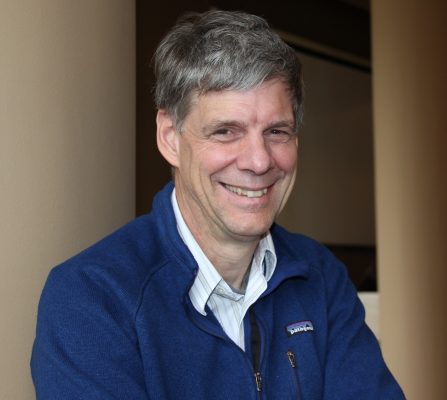 Gunnar Knapp, professor emeritus of economics at UAA, is a recipient of the 2017 Edith R. Bullock Prize for Excellence.

"Each year, a candidate for the Edith R. Bullock prize stands heads above the rest of the candidates. This year we had two who stood out. It was too hard to choose one over the other, since both are so deserving," said UA Foundation Board Chair Scott Jepsen. "Michelle and Gunnar are champions for the University of Alaska and Alaska's future."

Bartlett has been a moving force and a team builder at the University of Alaska Fairbanks for more than four decades. Under her direction, the summer sessions program has gone from semester make-up sessions to a vibrant program that entices students from Alaska and other states to attend "not-to-miss" events.

Bartlett received her Bachelor of Arts in occupational therapy from Washington University and a Master of Arts in special education from St. Louis University. She started her academic career at Tanana Valley Community College developing courses to meet community needs.

"The partnership network she has created between the university and the public makes UA stronger and has significantly helped prepare us for our next century as Alaska's public university," said Dana and Kay Thomas, who nominated Bartlett for the award.

Knapp retired last year after a 35-year career as an economics professor at UAA's Institute of Social and Economic Research (ISER). An internationally recognized expert on salmon markets, he became well-known for his knowledge on Alaska's fishery markets and management. Knapp served as ISER's director from 2013 through 2016, and worked to engage Alaskans on the state's fiscal challenges and options.

"Gunnar's work defined excellence and raised the university's profile throughout Alaska as an educational institution. His efforts in understanding Alaska's fiscal problems and possible solutions were respected across the ideological spectrum," stated Cliff Groh, chair of Alaska Common Ground, a non-profit that focuses on Alaska's public policy issues.

Knapp began his academic career at ISER in 1981 after receiving a Bachelor of Arts and doctorate in economics from Yale University. In the 1980s, he co-chaired the committee that developed common academic policies for UAA following the merger with Anchorage Community College. A Russian speaker, he was active in efforts to establish relationships between Alaska and the Russian Far East. Knapp was an early innovator in online teaching and taught a popular online course on Alaska's economy for many years.