Student-workers find more than just a job through Alaska PEAK 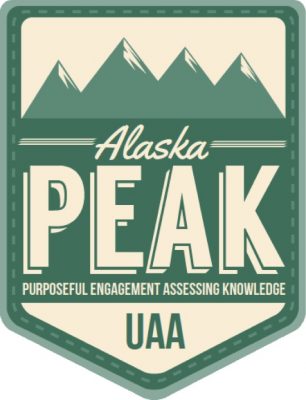 For some college students, campus jobs are convenient jobs, and not much else.

But by adding a dose of intentional reflection and career planning, the Alaska PEAK program at University of Alaska Anchorage seeks to change that opinion for the roughly 850 students who work on campus. Whether a student is a lab tech or library assistant, PEAK aims to turn on-campus employment into a high-impact area of student success.

PEAK, which stands for Purposeful Engagement Assessing Knowledge, connects the dots between academics and employment at UAA, while making students feel a stronger connection with the university. How do experiences in the classroom and time on the job relate? And how can that help the student after graduation?

"What Alaska PEAK has done is create a common language for how supervisors talk with students about their learning experiences," explained Whitney Brown, assessment and strategic projects director for the Office of Student Affairs. She launched PEAK in 2015, along with Ryan-Jasen Henne, director of Residence Life. Though the program is young, it's already generating attention. The pair has presented PEAK at student affairs conferences in Anchorage, Orlando and Portland, Ore., as well as through national webinars. 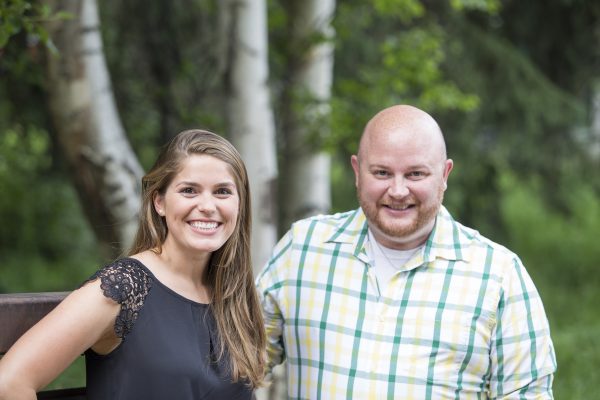 Modeled after a similar program at University of Iowa, the program is deceptively simple. Supervisors talk about the PEAK process, at minimum, twice each semester with their staff. Students, at most, reflect on a list of five questions before those conversations.

The program's simplicity - two meetings, five questions - belies the efforts and considerations behind it.

During the first PEAK conversation of the semester, students consider goals and parallels to their classroom learning. At the end, they reflect on their accomplishments and abilities. The same five questions repeat each semester, as new academic courses change the conversation.

Intentionality is the defining theme of the program. "The real core of Alaska PEAK is the reflective learning that's occurring ... through these structured conversations," Brown explained. Students may think about their work and class experiences on campus as two separate worlds, but PEAK stresses their correlation. 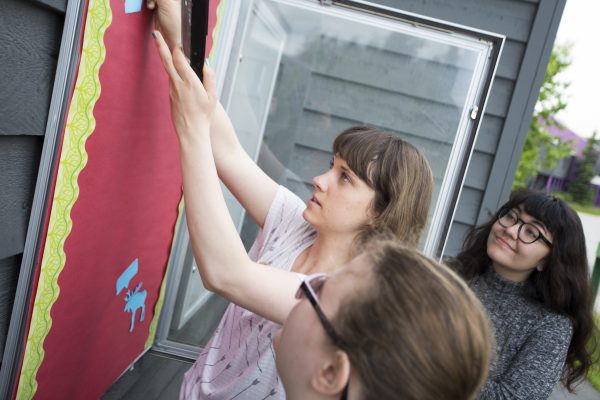 Students hang a welcome sign at the residence halls on campus. The Office of Residence Life was one of the first four departments to introduce the PEAK program to students (Photo by Ted Kincaid / University of Alaska Anchorage).

The program, now entering its third year, has already recorded several success stories. Brown noted how a student tour guide took what he learned in math class to run an effectiveness analysis for his department. He looked at top times potential students chose to visit, balanced it against the current student-worker schedule, and recommended that New Student Recruitment change the schedules to align more closely.

"He was able to use what he's learning in class to then enhance their processes in the office, [which is] really awesome," said Brown.

Another example: through PEAK conversations, a supervisor learned of her student-worker's interest in merchandising. She then helped connect him with a paid internship for the summer while school was out.

"Maybe that might have happened organically," Henne said of the student's internship, "but this process guaranteed that connection was created because of the conversations we were asking them to have."

In addition to reflection, PEAK encourages students - whether they work in intramural sports, financial aid or the theater and dance costume shop - to outwardly own their accomplishments. Optional résumé workshops allow students to better represent their work experience and celebrate their academic connections.

On that note, the program is a two-way street. "It's skill development and capacity building for the supervisor [too]," Henne added. Through monthly workshops and periodic trainings, supervisors learn how to serve as a better mentor for their student staff. 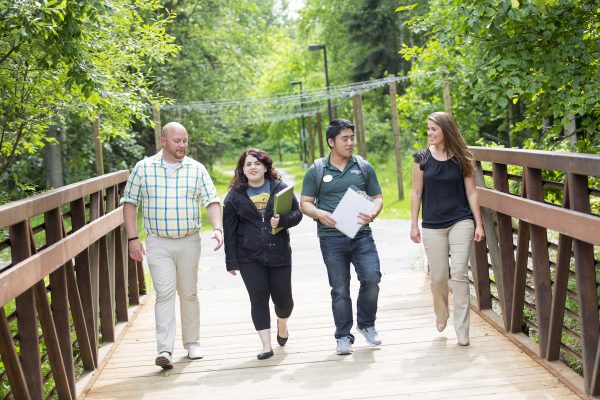 PEAK has grown significantly since it launched with just four departments in 2015. More than a hundred students took part this past academic year and, heading into the program's third year, Brown and Henne hope to expand the program across the UA system. They envision this sort of student support will simply become part of the campus job experience at Alaska's public universities, and they see that happening soon.

Thanks to the common language of Alaska PEAK, departments across campus are aware of their role supporting student success.

"The language we use is intended to show students that we really care about their holistic development and helping them to be most successful," Brown said. Effectively, employment and encouragement now go hand in hand for student-workers.

Yes, a campus job may be a convenient job. But, thanks to Alaska PEAK, it's assured to be a constructive job, too.

"Student-workers find more than just a job through Alaska PEAK" is licensed under a Creative Commons Attribution-NonCommercial 4.0 International License.