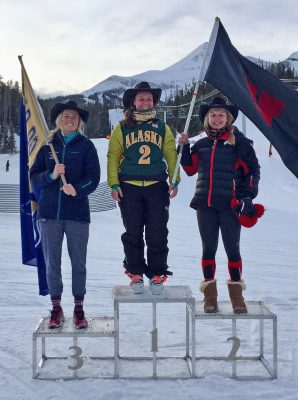 Charley Field had a dramatic start to her senior skiing season. At the Montana State University Invite in Big Sky on Jan. 8, with her parents in the audience, she won her first ever college race by the slimmest possible margin.

"It was a surprise," she said with a laugh. "I went to the board and realized I'd won by one [hundredth of a second]."

Clearly, Charley excels on the slopes. But if academics had a podium, she'd be near the top as well. A health sciences major and psychology minor, Charley has a 3.79 GPA heading into her last semester.

Originally from Pemberton, B.C. - just up the road from Whistler Blackcomb ski resort - Charley grew up balancing skiing with studying. She was on the provincial ski team in high school, competing nearly 100 days each winter. At UAA, she's often away from campus for weeks at a time. But instead of trading school for sports, or vice versa, she simply succeeds in both.

"Charley, or Chuck as we like to call her, is one of the grittiest athletes to ever wear the green and gold," said UAA Head Coach Sparky Anderson. "She came in as a freshman with her foot on the gas and hasn't taken her foot off that pedal in four years." 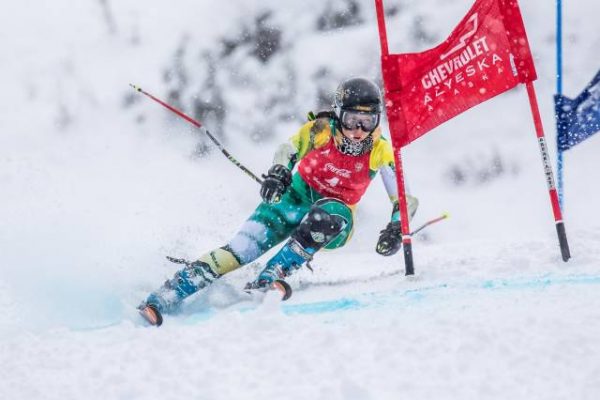 Charley competes in Alpine skiing for UAA, and holds a 3.79 GPA as a health sciences major. (Image courtesy UAA Athletics)

Charley found UAA through her friend Sandra MacDonald '13, a fellow British Columbian and former Seawolf skier. Sandra connected her to Sparky and, though Charley spent a year after high school competing internationally, there was a spot on the roster when she was ready to enroll. UAA, in fact, was the only college she applied to.

Since then, she's spent the past four years balancing skiing and school. She stacked fall semesters with required lab courses like anatomy and chemistry, which let her travel with the team each spring.

That resulted in some extreme schedules. For example, this past fall she earned 18 credits taking four classes and three labs, two of which met twice a week. She was often in class from 8 a.m. to 5:45 p.m., squeezing in mandatory workouts whenever she could. The other three days of the week she was training with the team.

"That's what I had to do," she shrugged.

It was a grinding schedule, but she credits her teammates for creating a culture where school and sports work seamlessly together. During the NCAA season (January through March), the team is often on the road for weeks at a time, turning their ski town rental homes into short-term study spaces.

"We're really lucky that every single person on our team has a really good GPA and works really, really hard," Charley said. "Being an individual sport, I think we are all very driven in our lives ... That is one thing we all have in common."

That's also why the team is so tightknit. After years of competing individually, skiers in college are scored as a team. "It adds a great atmosphere," Charley said.

"That was the best part of coming to college. [It was] almost a rebirth of ski racing for me." 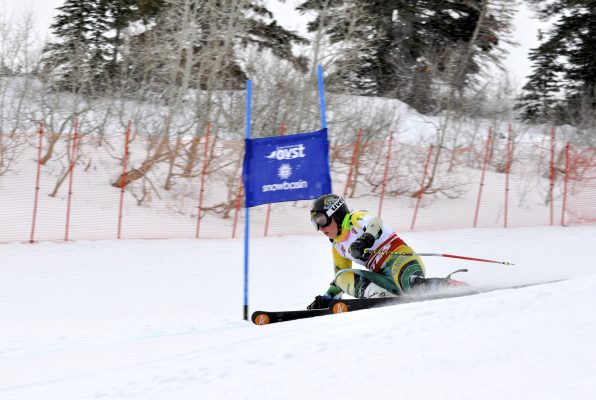 Field is a three-time member of the National Collegiate All-Academic Ski Team... so far. (Image courtesy of UAA Athletics)

Charley has improved athletically while at UAA, finishing second at regionals as a junior and taking first place to start this season. Her grades have stayed rock solid throughout - she's made the National Collegiate All-Academic Ski Team three years in a row, and is on track to graduate this May. "I'm really happy I'm going to be able to graduate in four years," she noted.

It's been a series of stellar achievement for a student who only applied to UAA. "I don't think I would ever change anything," she said. "I never visited here and I think it was a great move ... I've just enjoyed it so much."

After graduation, she plans to return to Canada, possibly for pharmacy school. But first, she has a few goals for her senior season: reach the top five in the next few meets, return to the podium at regionals, and finish as an All-American (awarded to the top 10 finishers) at nationals.

"That would be great to graduate on that," she said.

And Sparky, her coach, believes it can happen.

"She's been knocking on that door for as long as I've had the privilege of working with her and there isn't anyone on the NCAA circuit who can discount her ability," he said. "Charley is a shining example of what it means to be a Seawolf student athlete."

Charley and the UAA ski team compete in New Mexico Feb. 3-4 and Colorado Feb. 10-11. Western regionals are Feb. 23-25 and NCAA nationals are Mar 7-10, both in Steamboat Springs. Follow along at GoSeawolves.com.