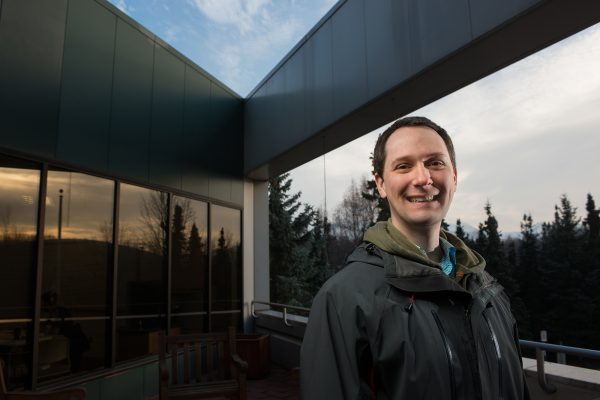 In Alaska during the late 1970s, there was a major effort to predict snow loads across the state which would help civil and structural engineers design safer structures. The work was difficult and painstaking-each map was drawn by hand — and there was no standardized method for predicting loads adapted to Alaska. In addition, there wasn't an abundance of available weather data, and engineers at the time were trying to use methodologies and formulas developed for the Lower 48 to predict snow loads in Alaska.

To create accurate, probability-based snow load predictions, engineers require both a long record of measured snow-depths and the average snow density for each depth. In the late '70s engineers tried their best to create this data and establish a standard estimate, which was used to predict snow loads from Southeast to the North Slope.

"Alaska is spread through several climate regions," said Gennady Gienko, a professor in the University of Alaska Anchorage (UAA) geomatics program in the College of Engineering (CoEng). "The climate that defines the snow cover in Southcentral or the North Slope are drastically different. You cannot apply one single number to describe the snow cover for the entire state."

Which is where UAA's engineering college comes in. The Structural Engineers Association of Alaska (SEAAK) called Scott Hamel, associate professor of civil engineering, to partner with them on overhauling the state's long outdated snow loads data. CoEng acquiesced, and the team consisting of Hamel; Gienko; Rob Lang, professor and associate dean of academics for civil engineering; and graduate students Kurt Meehleis and Thomas Folan, have been working on the project since 2015 through an award from ConocoPhillips — which ends this month.

Calling on the College of Engineering

Statewide, structural engineers rely on ground snow load data to calculate how much force a structure — like a roof — can withstand before succumbing to the pressures of snow. Updating this data is critical because outside major Alaska cities this data does not exist, and for metropolitan areas like Anchorage, Fairbanks or Juneau, the data has not been updated since 1994.

UAA and SEAAK are collaborating with other recording agencies statewide to do a much-needed overhaul on the state's snow load data to create more accurate predictions — not only for Alaska's major cities — but for the state's smaller communities as well.

Updating this data will not only provide structural and civil engineers with more accurate data to design safer buildings and infrastructure, but it also has the potential to save construction projects in both the private and public sector hundreds of thousands of dollars in the long run. 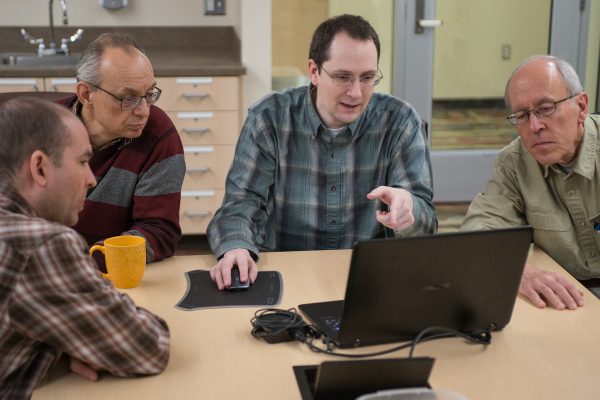 "I was just coming back to school for my master's and I was taking the surface water-dynamics course with Dr. Lang — he knew I was looking for a thesis and he invited me to come work with him on this project," Meehleis said, who joined the team in 2016. He's always loved Alaska and snow — two crucial things when your research is all about snow — and worked in the engineering field for about 10 years before returning to UAA to pursue his master's.

Meehleis said that he and the team are essentially going back to the original method from the 1970s, only this time the team is using records collected over an extended period of time and in more locations through Alaska.

"We're re-creating the snow load maps, but we're looking at the latest data," said Meehleis. "We're essentially creating a map of Alaska, where you can predict snow loads based off the historical record, using the latest computer technologies and statistical analysis for different distributions to basically get the best fit for literally every station."

According to Meehleis, there are about 46, first order weather stations statewide, most of them located in Southcentral, which again, makes it hard to create accurate statewide estimates based on only a small region of data. However, the good news is that there are more snow depth sites available, about 512 statewide, which can be used to make more additional estimates.

"If you can find the relationship between load and depth then you can essentially use all these depth stations to make load predictions as well," Meehleis said. "We're looking at all the possible distributions and picking the best one for each site. Each site will have its own custom prediction."

But even in the Anchorage Bowl, Meehleis and Gienko say there are challenges — not all snow is created equal, even here in town.

Gienko said that even Alaska's largest city has not been immune to the crushing pressure of snow in winter. Recent events like the roof failure of Abbott Loop City Church and the collapse of The Dome have raised red flags, as engineers and builders have had to go back to the drawing board on rebuilding — which is costly. 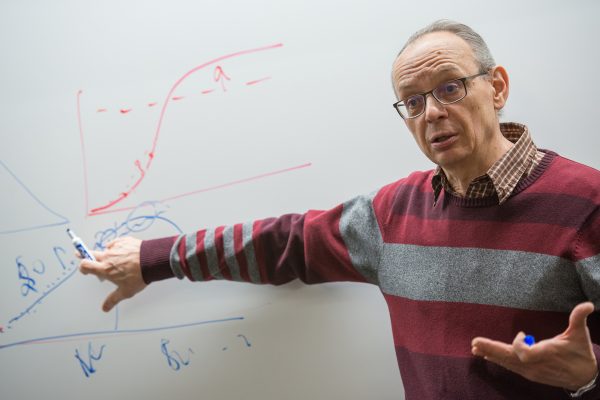 College of Engineering geomatics professor Gennady Gienko discusses data gathered as part of a project in partnership with the Structural Engineers Association of Alaska (SEAAK). (Photo by James Evans / University of Alaska Anchorage)

Meehleis said he and the UAA team still have a lot of work to do. It's a big job creating contour maps that civil engineers and structural engineers will use statewide to develop Alaska's infrastructure — buildings, houses, bridges and roads — for the next 50 years.

Gienko said once the project is complete, he and the team will present their research to SEAAK and that their data will be made public.

"Civil engineers and structural engineers will have more reliable data, which will allow them to build structures with more reliability," Gienko said. "That's a broad impact on the community. When I buy a house, I'll know that it has been designed with the most updated information and research."

Gienko said there are many aspects taken into account when designing infrastructure, and snow load plays a major role for both civil engineers and structural engineers. He said when it comes down to it, it's all about protecting the community and ensuring that buildings and homes are safe and structurally sound.

"We're making sure that people have houses that will withstand the snow load for the projected lifespan of the building," Gienko said.