In 2015, the Arctic Youth Ambassadors Program was established by the U.S. Fish and Wildlife Service and the U.S. Department of State in partnership with Alaska Geographic, a local nonprofit dedicated to helping Alaskans and visitors connect with Alaska's wild lands.

The first AYA cohort was a selection of students from across the state, who served a two-year term, raising awareness of Arctic issues in Alaska and abroad, while also providing their insights on the changing Arctic environment. 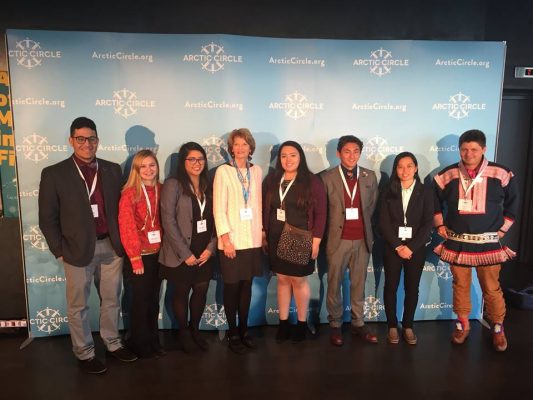 For the past couple of years, Salanguit has been working in Juneau. She began as an intern last January and is currently working her second legislative session in Juneau as a full time legislative staffer.

The economics major initially waded into the Arctic policy debate when she participated in the first international Model Arctic Council (MAC) in March 2016.

"I got to go there and collaborate with people from all over the world and come up with policy and that's when I realized, 'Oh, this is what I want to do - policy and analysis," said Salanguit. "But I noticed there weren't a lot of economists, which concerned me since economics is such a huge component of policy, and I realized my passion for economic policy." 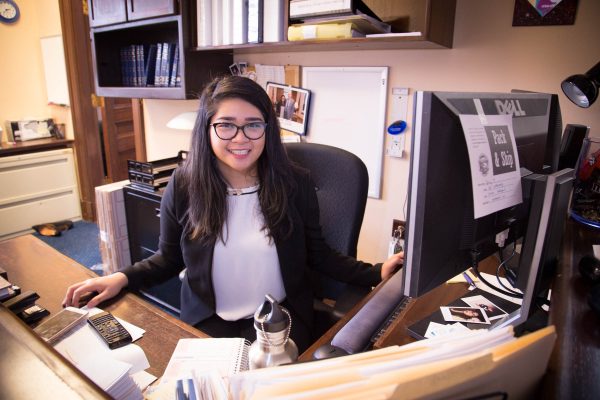 Until then she had been concentrating her economic studies on research but has shifted her focus from research to policy, because she felt she could make a bigger difference, especially when it comes to Arctic issues.

Following MAC 2016, while interning for the Anchorage mayor's office, Salanguit had the opportunity to work with the  Anchorage Sister Cities Commission, while also working with UAA's economics department to create an exchange program with the University of Tromsø in Norway, which is one of Anchorage's sister cities.

Although Salanguit is focusing on her work in the state legislature, she continues to pursue her Arctic interests. In 2017, she attended two international policy conferences: Arctic Frontiers and the Arctic Circle Assembly, as well as participating in a Science & Diplomacy workshop, and another Model Arctic Council at Dartmouth College.

"I don't think people realize that whatever happens in the Arctic regarding climate change and policy, is going to affect everybody," said Salanguit. "As I talk to people, especially young people who aren't as involved in Arctic issues, I'm realizing how important it is to inform people of these impacts."

She went on to explain that in Alaska, policy, Arctic issues and climate change all go hand-in-hand and that whatever policy is decided about the Arctic could have immediate and lasting impacts on the people all over the state. She said that potential Arctic policy on everything from the Alaska LNG project to caribou migration or coastal erosion could potentially be affected by policy, made by people thousands of miles away.

Which is why she believes the youth voice on Arctic issues is important and that she and her peers have the ability to influence change. Salanguit said her economics degree is an asset in the AYA program because she can take the math and economic equations from the whiteboard and translate them, making the numbers applicable in the "real world." She hopes she can help people see the importance of making well-informed decisions when creating Arctic policy.

In 2010, Alejandro Soto and his mother moved to Alaska and during high school, through the King Career Center, he was introduced to and became involved with Alaska Geographic. The nonprofit organization introduced him to Alaska's wildlands, state parks and outdoor opportunities, which ignited a love for the environment in his new home state. But after graduating from East High School and beginning at UAA in the fall, Soto decided to take a more indoor route by pursuing an accounting degree. He quickly realized crunching numbers had him longing to be outside again, focusing on environmental issues, and he changed his major to environmental studies. 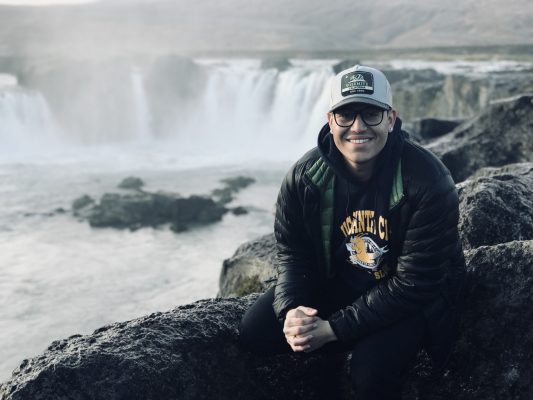 Junior Alejandro Soto is currently pursuing a degree in environmental studies and society with a social science concentration and minor in political science, as well as serving as a representative for Arctic issues in Alaska Geographic's Arctic Youth Ambassadors program. (Photo courtesy Alejandro Soto)

"I like being and spending time outside and I like exploring different places," Soto said. "Alaska Geographic gave me the opportunity to go outside and explore different parks."

As Soto became more involved with Alaska Geographic and his field of study at UAA, he started seeing the importance of speaking up on Arctic issues, which led him to apply to Alaska Geographic's initial offering of the program. Although his application was declined, Soto felt more confident applying his second time after seeking out other experiential civic engagement learning opportunities, with organizations like the National Parks Conservation Association (NPCA) and was accepted to the 2017-19 cohort. In addition to his ambassadorship with AYA, Soto currently serves as the Alaska regional representative and youngest member of NPCA's Next Generation Advisory Council. Along with Salanguit and the rest of the AYA 2017-19 cohort, Soto traveled to Norway last month to represent Alaska's Arctic communities.

"When I first heard about the Arctic Youth Ambassadors, I wasn't that into what was happening in Alaska, but I started doing my own research to find out what is happening here," Soto said. "In 2016, it was one of the hottest years on record and when I first came here to now, I can already see how much climate change has happened because of the lack of snow and how hot it gets during the summer."

As Soto dove more into the research learning about small communities like Shishmaref, a town located in Western Alaska on Sarichef Island in the Chukchi Sea, he realized that people - especially youth - needed to be aware of the changes happening in the Arctic.

"That's part of the reason why I wanted to be a part of this program," Soto said. "So I can help pass the word around to people in our urban communities." Soto hopes to help connect youth in Alaska to Arctic issues, bridging the urban and rural divide. He wants to empower his peers to work together to address conservation and climate change challenges. Soto believes his participation and activism with AYA will allow him to sharpen his capacity for storytelling and express what it means to grow up in a changing Arctic environment on an international platform.

Voices for the future

As Salanguit and Soto head into their duties as part of the 2017-19 AYA cohort, they're hopeful they can make a difference and that their collaboration efforts with youth from other Circumpolar North countries will help raise awareness of the drastic changes they've seen in their home state.

"I always love working with people in my age group and seeing us getting involved in policy," Salunguit said. "Everybody always thinks that millennials don't do anything, but we are; we're here and we're doing things. This specific program [AYA] is focused on getting youth a place at the table. I think we're just trying to get our foot in the door - we need to have a voice."

"A voice for the Arctic: How two UAA students are raising awareness at home and abroad" is licensed under a Creative Commons Attribution-NonCommercial 4.0 International License.