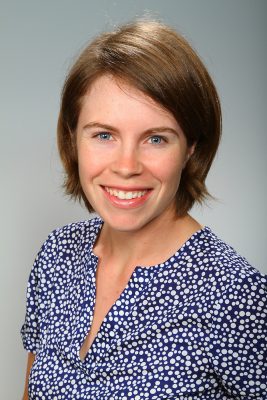 Dr. Kelcie Ralph spent her entire life in Anchorage, attending Service and South high schools before enrolling at UAA. She earned her bachelor's degree in economics here in 2009 before traveling to England to study as a Marshall Scholar in England - where she earned a Master of Environmental Policy from Cambridge University and a Master of City Design and Social Science from the London School of Economics. Ralph then earned her doctorate at UCLA, where her dissertation project evaluated the causes and consequences of the decline in driving among young adults. Now, Ralph is an assistant professor at the Rutgers University Edward J. Bloustein School of Planning and Public Policy in New Jersey, where she continues her research in the areas of transportation and urban design. Ralph will deliver the keynote address at the UAA Undergraduate Research and Discovery Symposium at 7 p.m., April 19, in the UAA Student Union. Here, she talked to us about her experience at UAA and the undergraduate research opportunities she found here. 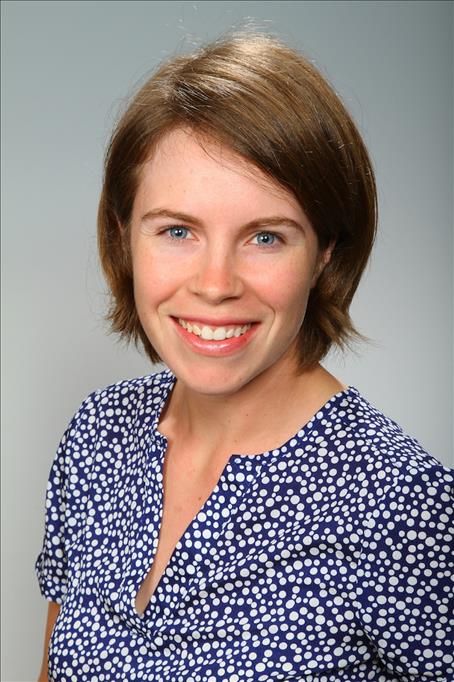 What interests in your life led you toward economics before you began your college experience?

In high school, I wanted to be a dietitian for a while, a journalist. There were lots of different things, but [economics] is the one that stuck. I had environmental motivations. Growing up in Anchorage, you can see climate change happening. Do you remember we used to be able to see Portage Glacier? Now we can't. The photos when we were kids at Halloween, there was so much snow, but in high school, there was no snow at Halloween. You notice those sorts of things. I wanted to do something to address those problems and economics seemed a good way to do that. It helps that UAA has a great economics program. Those were the classes I liked the most.

What experiences at UAA engaged you in economics?

The folks who sealed the deal for me about economics were [former Rasmuson Chair and current UAA Professor] Jim Murphy and [UAA Professor] Lance Howe, who ran the UAA experimental economics lab. They let me run my first experimental economics experiment, the dictator game. In it, someone gets a bunch of money in a game and gets to decide how to distribute the winnings. We looked at how unfairness influenced their giving decisions. If someone felt they had been cheated, were they more greedy? We had people take a test. The more questions you got right, the more money you won. If I got $16 for each right answer and you got $8 for each of the same right answers on the test, how do I respond knowing you got cheated in that way, knowing I got twice as much?

When did you start becoming more interested in inequality?

I started caring even more about inequality when I went to the London School of Economics. There was a plan to develop an area [for venues for the 2012 Summer Olympics in London]. It was a transformational change in a part of London that was very poor, without a lot of investment. The gross inequalities in that area versus where I lived sparked my interest in inequality. I went to Cambridge for a year, refocused on environmental policy. That shaped where I went next, [UCLA]. The backbone of social justice and inequality permeated every topic. It was amazing.

What will you focus on in your keynote for the Symposium?

A mix of things: What do transportation planners do - things like, "Oh, when are you going to fix this intersection," and congestion. Anchorage has a lot of transportation problems, it's helpful if people holistically think about these things. [I will also discuss a paper in which] I look at what happens to children who lived in families without a car for a period while growing up. In the short term, they participated in fewer structured activities like soccer club, things like that. The long-term impact was negative. These children were less likely to graduate from high school, less likely to go to college, earned less as an adult. In our experiment, we controlled for things that matter: race, income, parent education. Being able to access opportunities is easier with a car.

What are your thoughts about transit and planning in other urban areas of Alaska, such as the Valley, for example?

The Mat-Su, by the way, is the reason I got into planning. If [Mat-Su's transit infrastructure] is the future of urban America, we're in bad shape. There are lovely parts of the Mat-Su, but it's sprawling. You can't achieve anything there without a car. You can't really walk anywhere there even if you wanted.

What are your thoughts about congestion in Anchorage?

For Anchorage, I have one general comment: widening Tudor - or any street, for that matter - will not solve their congestion problem. That's the first thing you learn. Latent demand: you widen the street and for a very brief moment there's more space available. People who previously avoided that area start using it. More people will use it when it gets them where they want to go. It's just going to fill right back up. Widening roads just encourages people to move farther from their jobs.

What could Anchorage do to solve these issues?

Anchorage has an opportunity to build slightly more densely in the spots suffering from retail closing down. Lots of malls are dying or dead. If we took those spots and built housing places where people could walk and bike, meet many of their needs in a small radius, there would be less need for travel. The area needs a huge transit redesign. When Anchorage was smaller, it could get away with people driving everywhere. We could have used our zoning codes a bit differently - not high density everywhere, but apartments in some neighborhoods. Other solutions to more traffic lanes, we could have pursued transit, walking and biking.

About parking downtown - one of my classes used the example of downtown Anchorage for an assignment. Two or three years ago, the parking authority tried to install parking pricing on Saturdays. Berkowitz was opposed, saying it scared away people from businesses. With dynamic pricing, they could charge different amounts of money on different streets at different times to get each street 80 percent filled. From popular streets, you'd only walk a block or two to get to cheaper parking. Why pick 80 percent? On every single block there's a spot available, you could pull in, get a spot.

In addition to your economics studies, what kinds of undergraduate research work did you accomplish at UAA?

The first research I did was at ISER; I was a policy intern in my junior year, working with Steve Colt on a carbon-based science study. Then I worked on research about the value of the Anchorage public libraries, also at ISER. The best thing about that gig, at the time carbon-based science studies were very rare. I got a job doing the same thing at the [Municipality of Anchorage]. Me and [ISER's] Nick Szymoniak looked up every parking permit UAA had sold. That info [revealed] where people lived and the kind of car they drove. We figured out how far they drove, the average miles-per-gallon of that car, to see how much carbon dioxide they emitted. We also looked at every flight faculty took outside, to figure out the carbon emissions associated with all those flights - any school-purchased flights. We came up with a number. At the time, we didn't have information on any of the transportation. The University had hired a consultant to figure out what the carbon [data were], but it didn't have transportation, so it was missing a piece. I was a junior, so it was 2007. Sometimes consultants miss the biggest pieces of the puzzle.

The next thing I did in terms of research was joining a group of students who went to Europe on a fact-finding mission, for creating a climate action plan for the city of Anchorage. I went to Budapest and Tromso, Norway, to see what cities similar to us were doing.

What were the takeaways from that inquiry?

Find things to do to reduce carbon emissions. Get people out of their cars, build buildings with more energy efficiency. One of the things we found when doing the carbon-based science study is that the new [Dena'ina] convention center was less efficient to heat and cool per square foot than Ben Boeke arena. The year we did the study was when the Dena'ina opened.

What else can people do?

Get away from having to use cars by building concentrated neighborhoods, using zoning to keep Anchorage from spreading out, improving the transit system, making walking and biking safer. In my junior and senior year of college, I rode my bike or the bus everywhere. The bus came once an hour. Fortunately, now bus service is more concentrated but much more frequent. Now there are mini routes with buses that come every 15 minutes. There have been cuts in bus service in places where people already own cars, and service focuses in areas where people do not. That doesn't convince anyone who has a car to use the bus.

How do you feel, now, about launching your career here in your hometown?

I feel really blessed I started at UAA. I read essays every year; the students writing them don't have the same undergraduate research experience. It's extraordinary how much undergraduate research happens at UAA. Undergraduates at other state schools attend classes with 900 people, the professors don't know who they are or want to put in the time to know who you are. I'm an ambitious person. In the Honors College, they told me you can do this and we'll help you. I would not be where I am today if I had not attended UAA.

Written by Tracy Kalytiak for UAA