Surveyor says: starting her own business has been incredibly rewarding 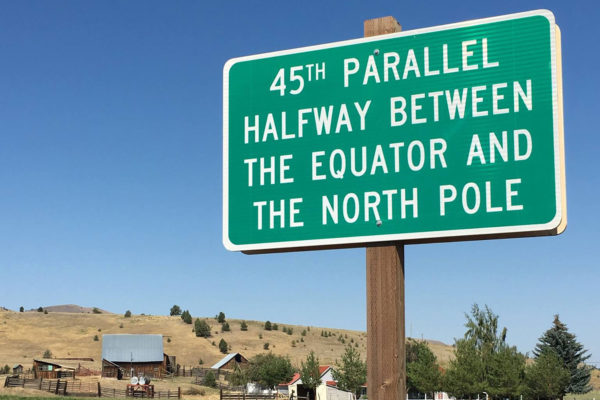 Geomatics alumna Samantha Tanner, B.S. '08, is the owner of 45th Parallel Geomatics, a land surveying and mapping company in Hood River that pays homage to its Alaska and Oregon foundations. (Photo courtesy of Samantha Tanner)

What's in a name? For UAA geomatics alumna Samantha Tanner, the answer is everything.

Tanner is the owner of 45th Parallel Geomatics, a land surveying and mapping company in Hood River, Oregon. While she describes her work as predominantly focused on locating property boundaries for individuals and businesses, her company - and the geomatics field in general - can often expand to cover a wide range of tasks.

"I'm usually going out and figuring out where people's property corners are," explains Tanner. "But geomatics is an all-encompassing term that covers all the various activities you could do related to land surveying and mapping. There's the more conventional surveying where you see people on the side of the road with the vest and the equipment, but it also covers hydrographic surveying which is from a boat, aerial surveying which comes from planes and drones, and mobile mapping which comes from vehicles and more. There's so many different areas that you can go inside this one career." 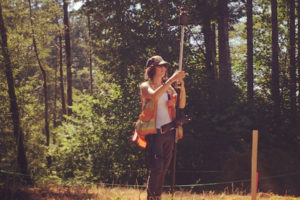 The first part of Tanner's business name is a reference to Hood River's latitude on a globe at 45 degrees north. Besides being where she lives, Hood River is also where she made the leap from merely working as a geomatics engineer to founding her own business.

At the time, Tanner describes a drought for companies large and small in the surveying, mapping and geomatics industries. Having been laid off due to a lack of available work and unable to find a new position, Tanner decided to invest in her own equipment and take on one-off contract work with the very companies that were unable to bring her on full-time.

"I had a really hard time trying to find a job. I had six months of unemployment, and right around month five, people were going, 'I don't have enough work to hire you, but maybe you should consider contracting yourself out to other companies to fill in when they have extra work.' Basically the next thing I know I have my own business," says Tanner.

Initially, Tanner was hesitant to start her own business, only becoming her own boss out of necessity. But since then, she's quickly gotten used to the role and even chronicled her experience in an Oregon surveying magazine. She's even begun to think about expanding, just as soon as she can catch her breath from all the referrals that are being sent her way. 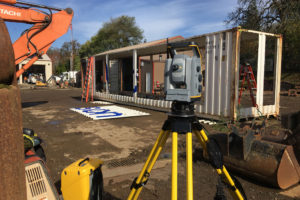 According to Tanner, geomatics is an all-encompassing term that can refer to the various methods and equipment used to map and survey land, including conventional roadside surveying, hydrographic surveying, aerial surveying and mobile mapping. (Photo courtesy of Samantha Tanner)

"When I first started out, I never wanted to get bigger than just me. I more or less wanted to keep myself busy and work as much or as little as I wanted," shares Tanner. "Since then, I definitely expanded that mindset and would like to grow, but I don't have any set plans for when that will actually happen because things have been really busy. The workload can be somewhat volatile in that you can be overwhelmed for certain periods and then it can be a total dry spell."

The second part of Tanner's business name is an "ode to the UAA geomatics program, instead of going with the generic term of land surveying." She credits the program for helping her find her passion.

"I got the UAA catalog my senior year of high school and was browsing through it to see if anything sounded interesting, and I came across geomatics," recalls Tanner. "I had no idea what it was, but the description sounded really fascinating. It was outdoorsy and scientific and that lined up with what I wanted to do. Then I took a class and basically never looked back." 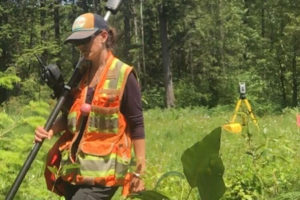 Tanner started her company during a downturn in the surveying, mapping and geomatics industries. Having been laid off due to a lack of work and unable to find a new position, she decided to invest in her own equipment and take on one-off contract work with the very companies that were unable to bring her on full-time. (Photo courtesy of Samantha Tanner)

According to Tanner, her encounter with UAA's geomatics program almost didn't happen. Tanner grew up in a military family, which is what brought her to live in Kodiak as a teenager and close enough to UAA's orbit. In her experience, after graduating in 2008 and spending time around the country, she learned that geomatics isn't actually a very common program in other universities.

Maybe the nearly missed connection is part of why the program left such a lasting impression on Tanner.

"They kicked my butt," she jokes. "The professors definitely didn't make it easy, but they were incredibly patient and left a really profound impact. I still email them with questions about how to solve surveying problems and stop by the department every time I visit Anchorage about every two or three years.

"I think when you're going through school, the most important thing you learn how to do is learn. That's just critical for success, no matter what direction you go in life. Whether you go work for somebody else or start your own business, you have to know how to learn and how to ask questions." 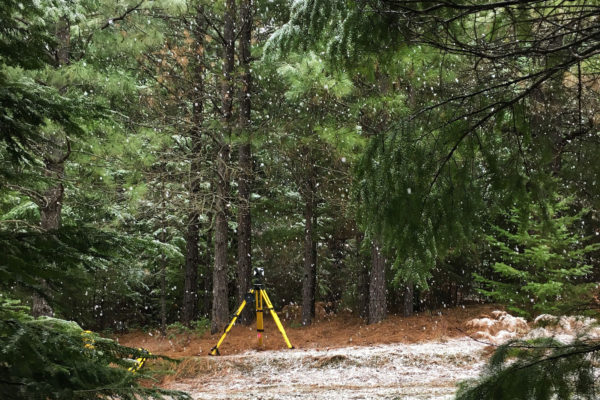 Tanner's business name is a reference to Hood River's latitude on a globe at 45 degrees north, and the geomatics program at UAA. (Photo courtesy of Samantha Tanner)

"Surveyor says: starting her own business has been incredibly rewarding" is licensed under a Creative Commons Attribution-NonCommercial 4.0 International License. 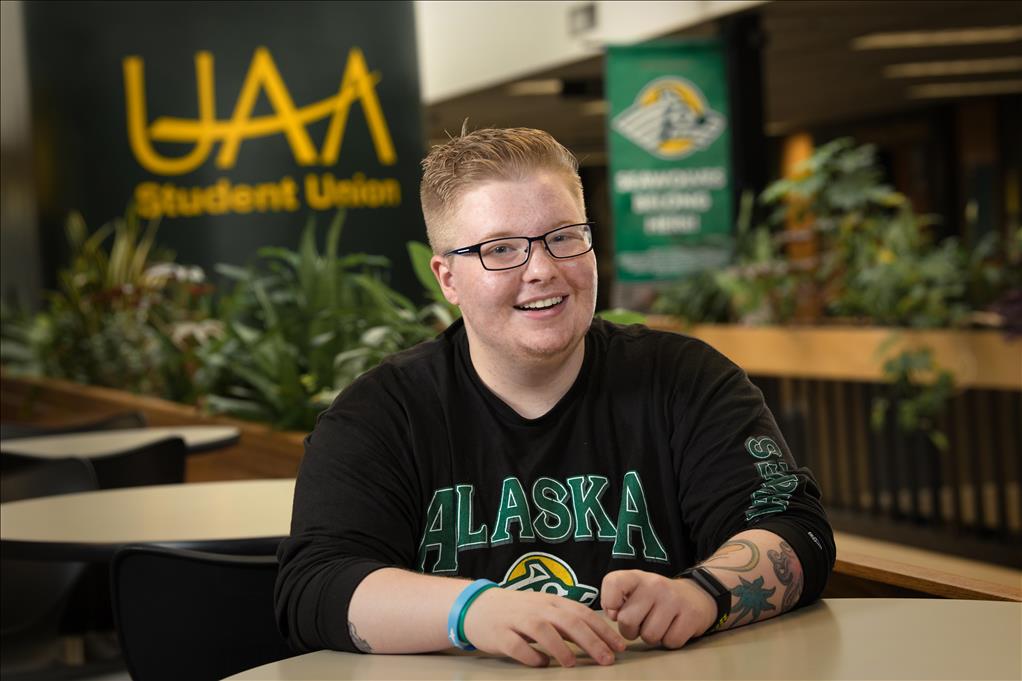 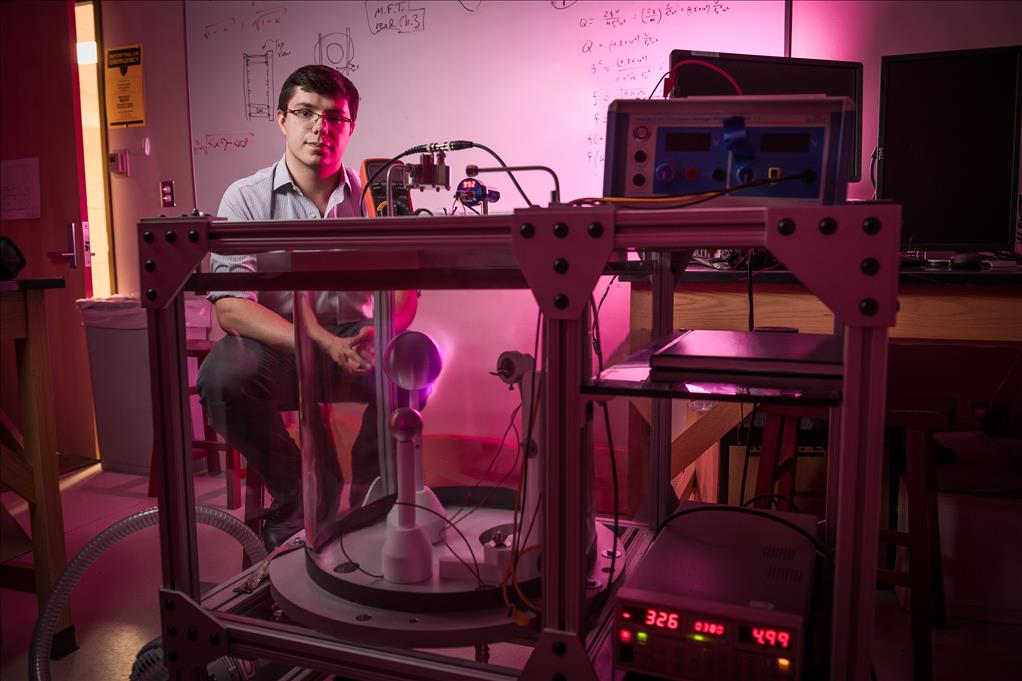 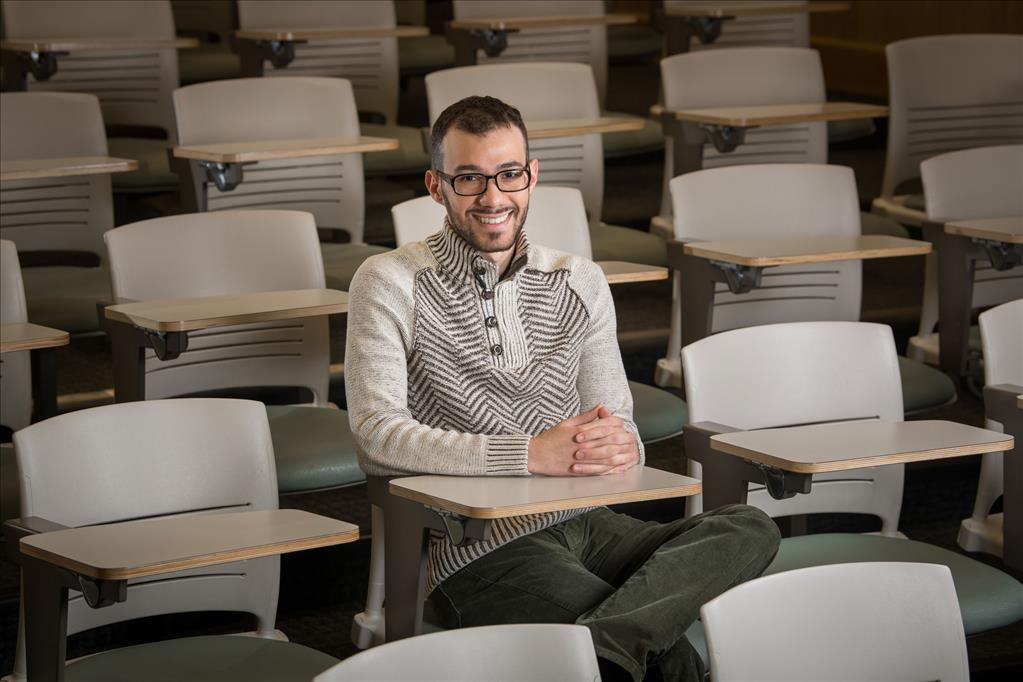 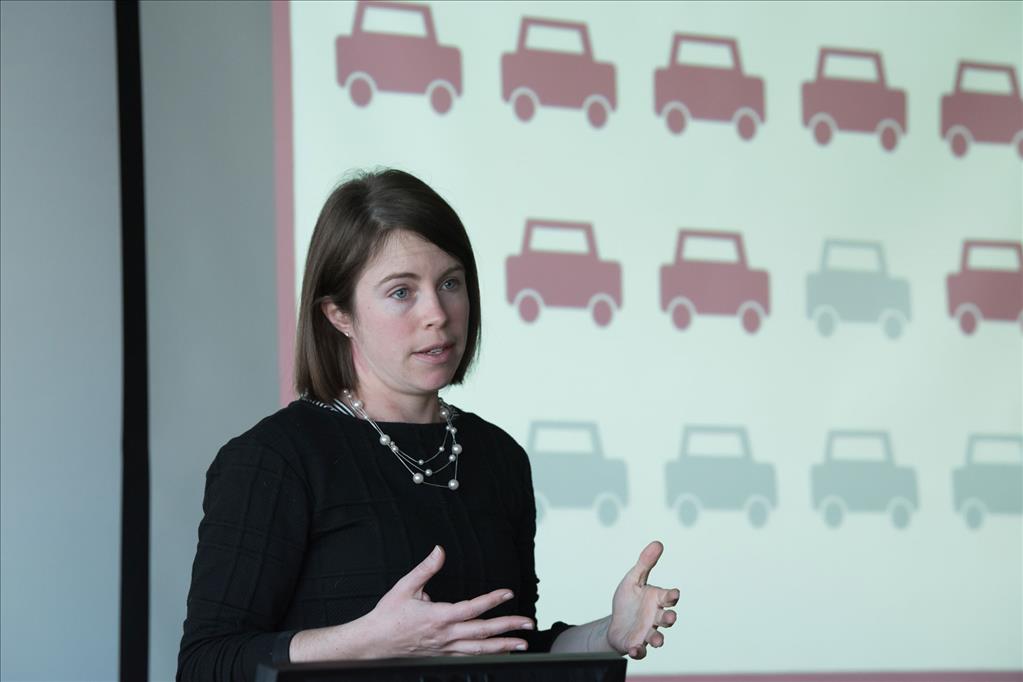