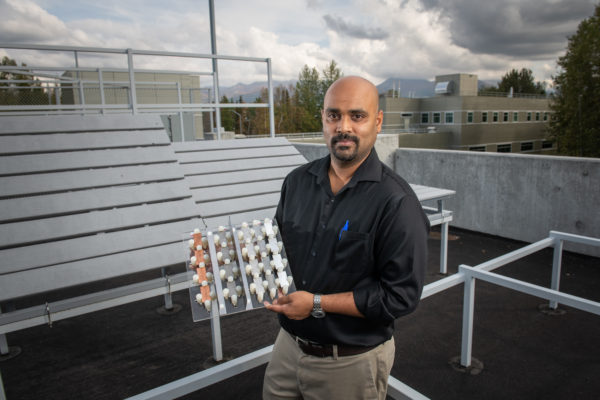 Assistant professor of mechanical engineering Raghu Srinivasan holds a sample of alloy metals to be tested on an adjustable atmospheric corrosion test rack atop UAA's Engineering and Computation Building's parking garage. The rack, which holds material samples at various angles for testing corrosion in cold climates, was designed and built by students led by Srinivasan and received a 2019 Materials Performance Corrosion Innovation of the Year Award. (Photo by James Evans / University of Alaska Anchorage)

In addition to Srinivasan's NACE grant, his corrosion rack design was also one of 10 winners awarded a 2019 MP Corrosion Innovation of the Year award, for his ingenious 46-inch by 46-inch testing racks design. The award-winning design allows him and his team of undergraduate researchers to test corrosion of materials in up to 18 inches of densely packed snow and can be adjusted to angles of zero, 30 and 45 degrees. The testing rack's adjustable range allows for changing the direction and angle of exposure when facing north, south, east or west. 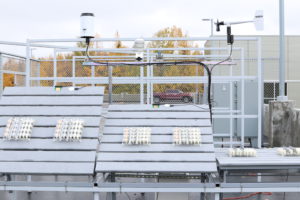 Test samples were attached to the test rack and a weather station was installed earlier this fall to collect data on top of UAA's ECB parking garage. (Photo courtesy Raghu Srinivasan).

According to Srinivasan, atmospheric corrosion is an important piece of the overall corrosion field of study and is a complex process involving chemical, electrochemical and physical changes to metal alloys when exposed to the atmosphere. Srinivasan's area of expertise is atmospheric corrosion and he conducted research at the University of Hawai'i at Manoa under Dr. Lloyd Hihara before coming to UAA where he has continued his research with an Arctic focus.

"How things corrode in Hawaii is not going to necessarily hold true in Alaska, which is also not going to be the same scenario in the middle of the country or New Mexico," said Srinivasan. He said while in many parts of the country there are large data sets to pull corrosion statistics from when constructing buildings and infrastructure, there is not much to gather for cold Arctic climates. He is excited to see what his research will reveal about corrosion on alloy metals in Southcentral Alaska - especially in Anchorage, where many of the city's buildings, roadways and infrastructure are in need of updating. "You can't stop corrosion, but what we can do is study the mechanism and learn how to mitigate it - slow it down - and one of the best ways to do that is with coatings."

Corrosion, Srinivasan says, is a powerful force that cannot be halted, although the process can be slowed down, which is what his research is all about. Finding the metal alloy materials that corrode more slowly, or what types of coatings can be applied to materials that may deteriorate less quickly, so that industries from oil and gas and engineering, to construction and automaking, to maritime and batteries, can pick the best materials for the environments they're building in. Corrosion is an interdisciplinary field of study with many research niches where data collected is useful across many sectors of business and is important for researchers and scientists when developing new and better materials.

Meanwhile, back in the lab...

While Srinivasan's testing racks are gathering important data on the top of the engineering garage, he has set up additional testing in his Environmental Degradation Lab in the basement of the Engineering and Computation Building (ECB). This is where Srinivasan's NACE grant work will be done, conducting experiments to predict atmospheric corrosion through accelerated testing methods. 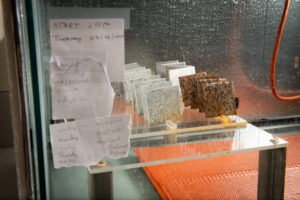 Currently, Srinivasan is using tanks - about the size of a medium to large fish tank - set up along lab tables with electronic equipment collecting readings and providing data of the different alloy metal tile samples in the chamber. Through his grant, Srinivasan hopes to upgrade his current set up to a cyclic corrosion test chamber - essentially a giant high-tech bathtub with a lid on it - that will mimic the atmospheric conditions, but on an automated scale. A reservoir on the side of the chamber is where gallons of a solution - any kind of salt solution - will automatically spray the samples on a 24-hour cycle, and the chamber will regulate its own temperature and humidity, which Srinivasan and his student researchers have to do now. The cyclic corrosion test chamber will automate the process, allowing him more time to create more types of samples and focus on the data being gathered.

But, in the meantime, the tanks with samples do the trick and although it is not as high-tech or streamlined as the cyclic corrosion test chamber, he and his student researchers are still able to garner data from the sample experiments they have already run. In the lab, he says they repeat the 24-hour cycle multiple times before he and the student researchers compare their samples with the outdoor ones to try and find a correlation between the two. 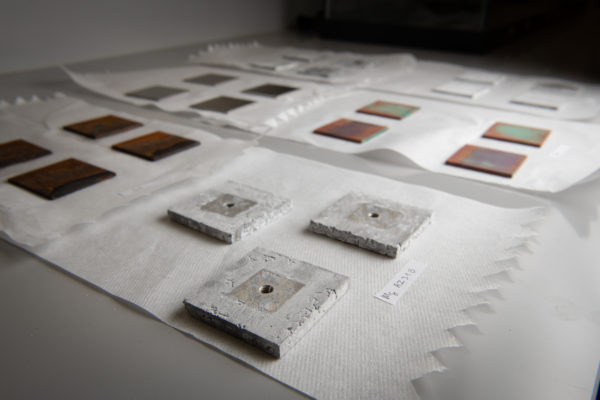 Corrosion on magnesium and other alloy metal samples following exposure to simulated weather conditions in a test chamber. (Photo by James Evans / University of Alaska Anchorage)

"The reason we're trying to do that, is not everybody has the facilities to test the materials outdoors, it's expensive," Srinivasan said. Srinivasan said that despite the many different atmospheric conditions researchers across the country encounter, he is trying to create a standard indoor experiment that can be replicated and then used to compare outdoor data sets. "What normally happens is that materials are tested indoors in an accelerated version and then they compare their samples with outdoor data, like how we do it. We're allowing people who do not have access to outdoor sites, to actually do these tests indoors."

Srinivasan said that in Hawaii, spread across two of the islands, there were about 10 testing racks collecting corrosion data samples. While his racks are pulling smaller data sets, they are important because not a lot of corrosion on many different alloy metals has been done in Alaska.

"It changes every year, you cannot just assume that the same thing is going to happen next summer," said Srinivasan of collecting data samples year-round. "The same conditions are not going to be there next summer. It could be hotter, colder or rainy, so we need to know the data, humidity and rainfall." He said all of these data points will help start building a data set to compare samples, which in turn will help researchers and industry in northern or arctic climates when selecting materials for a project.

In addition to the testing racks, Srinivasan has set up a weather station on top of the ECB garage.

"I can't just put up a weather station and then call up the National Oceanic and Atmospheric Administration (NOAA) and say 'Hey, do you have this weather data close by?'" said Srinivasan. He explained that although NOAA may have some regional weather data he could use, the chances of getting accurate weather data on top of the ECB garage is better if he just sets up his own weather station, which collects everything from temperature, rain, humidity, time-of-wetness, aerosol chlorides and wind direction and is an important piece to the overall corrosion data he's collecting. "It all gets hooked up to a data logger and we can download it all."

For now, Srinivasan's corrosion test racks are a pilot project. Ideally, in the future, he would like to place similar test racks to test corrosion on materials across the state, since Alaska's climate varies so drastically from region to region.

"I would like to get data points in different areas, and just like they have temperature and humidity maps, I would like to develop a corrosivity map," Srinivasan said. He said that corrosivity maps will help people in the state know what types of materials to build everything from the pipeline to fishing boats to floatplanes - even parking garages, where on top of the ECB garage, there are little signs of the corrosive process beginning to take place. 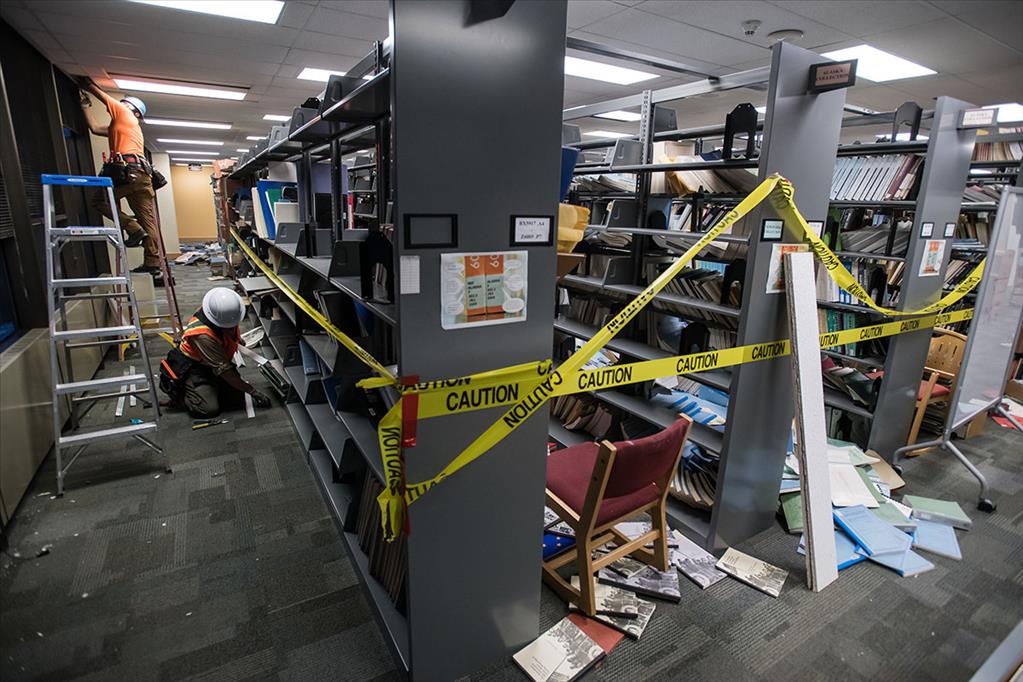 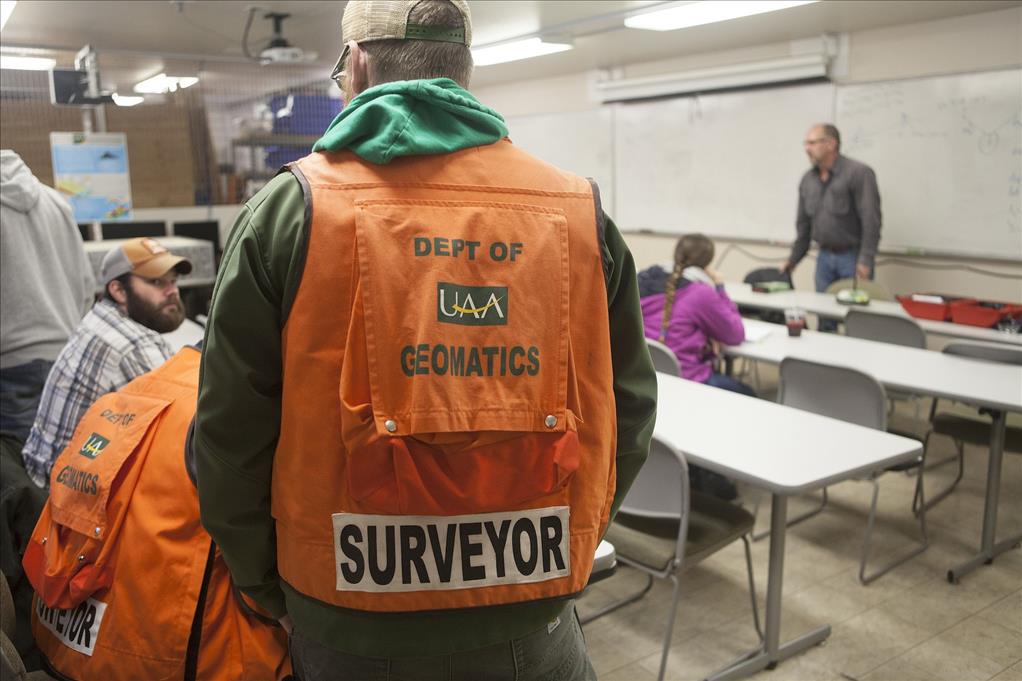 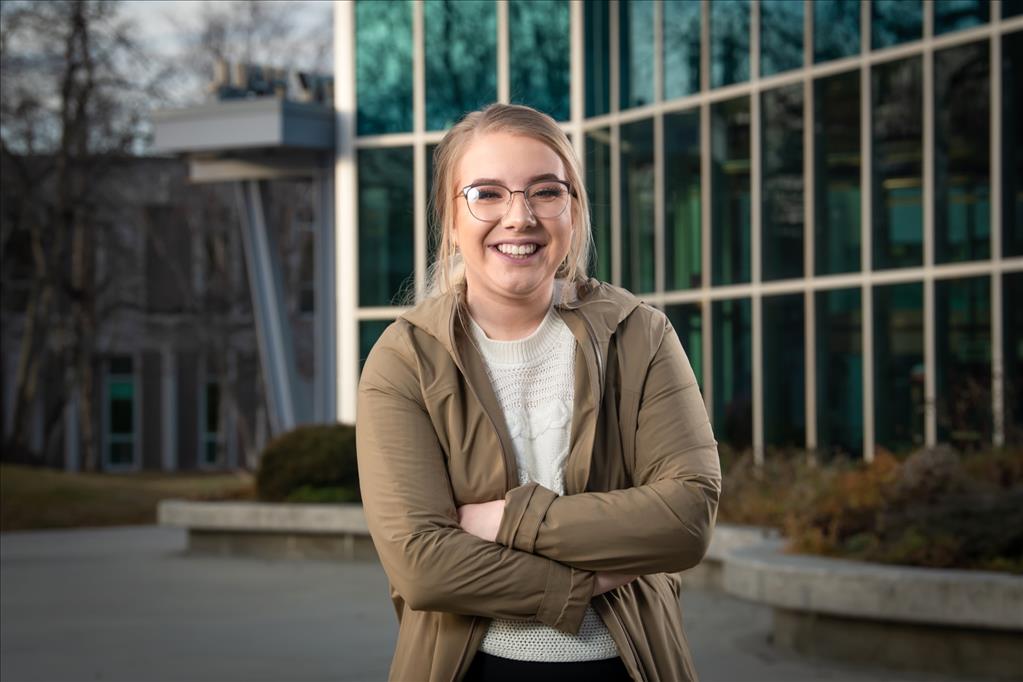 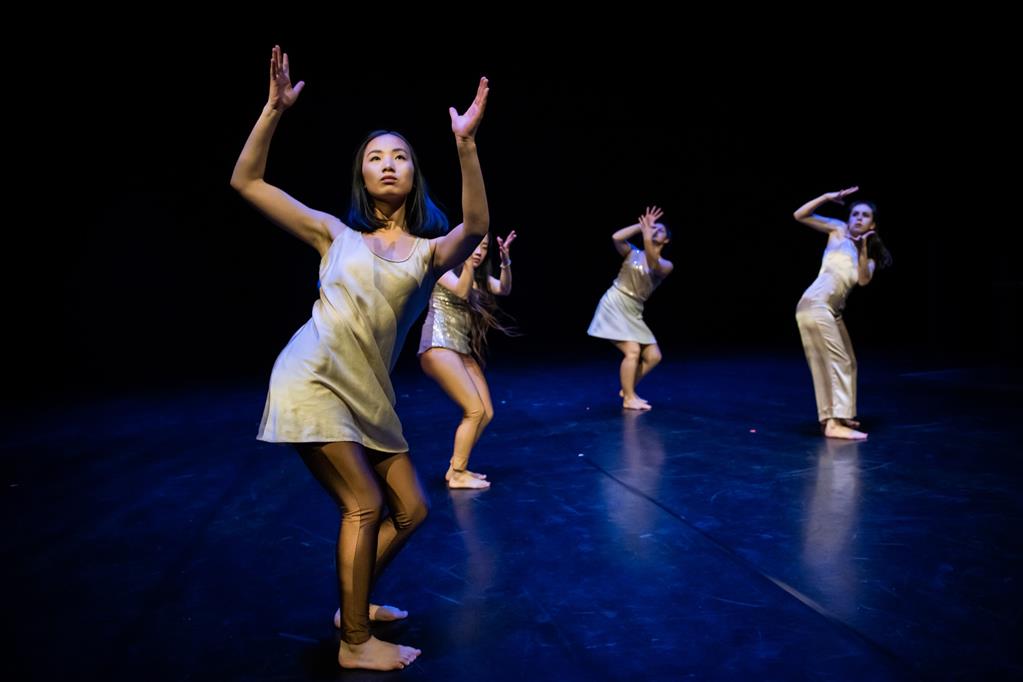