Cadet Nikolaus Bruce was part of a select group of ROTC cadets who was able to attend the USAFA Freefall Course. As part of the program, Cadet Bruce was able to earn his Air Force basic parachutist badge, known as "jump wings," after completing a series of solo freefall jumps from a Twin-Otter jump plane. Asked how he enjoyed his experience, Cadet Bruce expressed "[the freefall course] has been the greatest experience of my entire Air Force career so far. Jumping out of a plane at 4,500 feet was both exhilarating and terrifying." 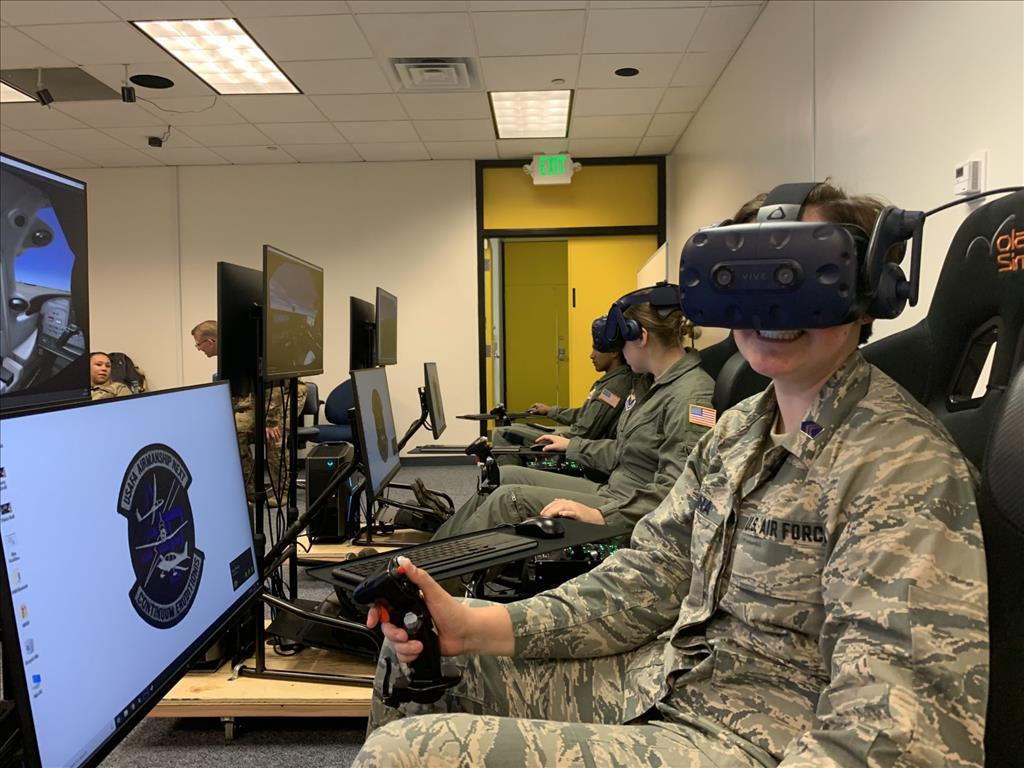 Cadet Delanie Kenna also attended USAFA for her week-long developmental experience. She was selected for a unique program called "Intro to Powered Flight." Cadet Kenna remarked, "I have never had the opportunity to use such new technology, especially when it came to aviation." The program exposes cadets to fundamentals of initial flight training in a Cessna virtual reality simulator. Cadet Kenna continued on to say, "the way we used Virtual Reality simulations to practice flying was an eye-opening experience about where the aviation industry is headed."

Both the Freefall Course and Intro to Powered Flight are part of a partnership between USAFA and Air Force ROTC that allows hundreds of ROTC cadets to participate in experiential learning opportunities at USAFA every year.

Additionally, Cadet Toran Degen was selected for the 2019 Operations Air Force program. The program allows cadets to become familiar with a variety of operations and support functions on an operational Air Force base, while being mentored by active duty Airmen who work in a variety of disciplines. Cadet Degen joined a group of cadets from around the country to attend this program at Joint Base Lewis-McChord, Washington.