Close your eyes. Imagine that you are on a soccer field. It’s a moment you’ve been imagining your entire life. You know the game inside and out, how to score, the rules, you have studied YouTube tutorials to try and master the more complicated moves, but now that you’re on the field and the ball is in play, you realize, you don’t know how to strategically move the ball down the field. So you hesitate. 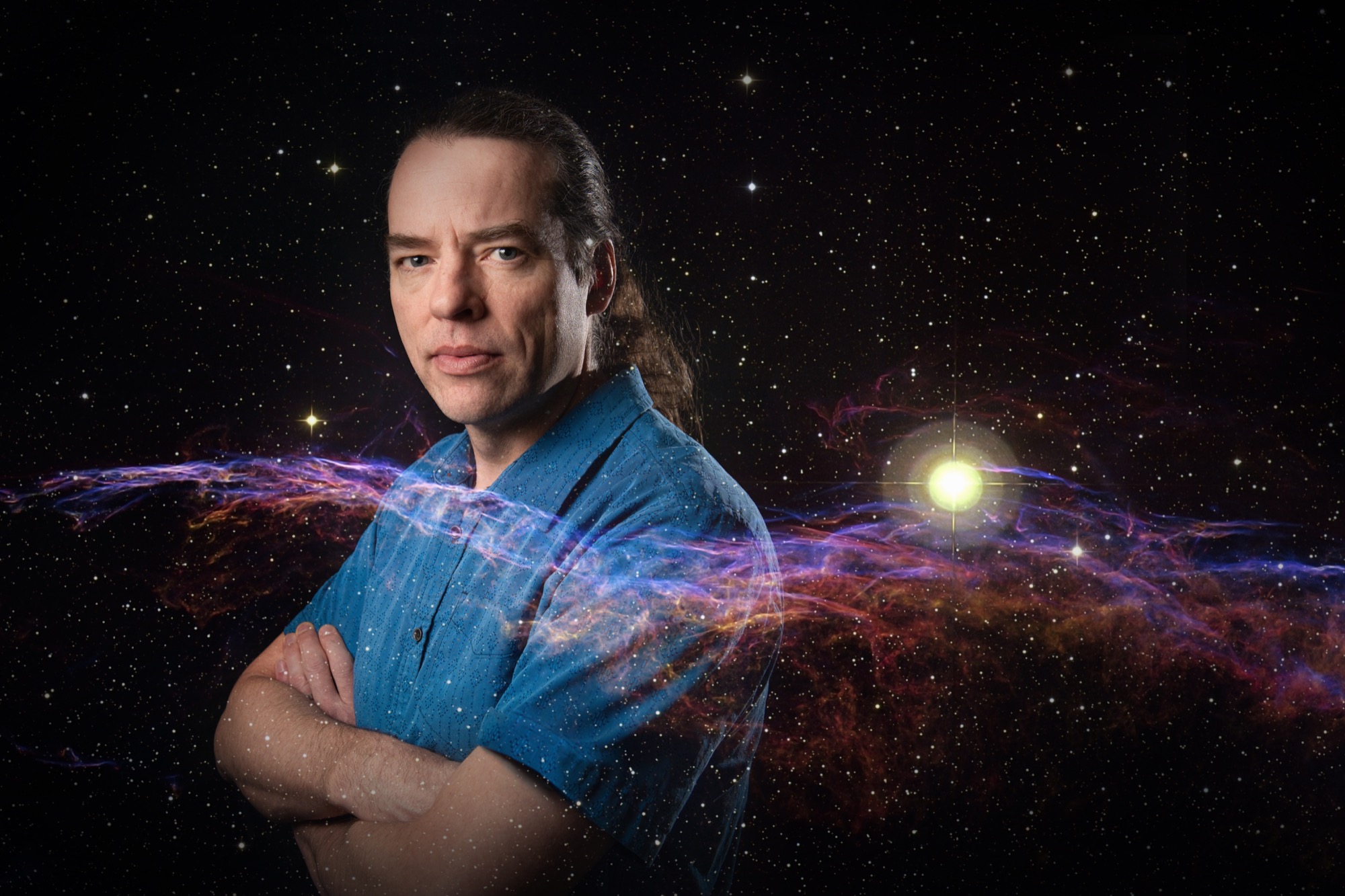 UAA professor and chair in the Department of Physics and Astronomy Dr. Travis Rector spent his 2018 year-long sabbatical working on the Large Synoptic Survey Telescope (LSST), a project decades in the making, designed to answer some of the universe's greatest mysteries. (Photo by James Evans / University of Alaska Anchorage)

UAA professor and chair in the Department of Physics and Astronomy Dr. Travis Rector likes to use this analogy when describing how students are taught science from elementary school to college. Students sign up for science courses in whatever fields they are interested in, learning the basic principles, but when it comes to learning what scientists do — they’re left out on the field scratching their heads.

It’s like learning your favorite sport but never having the coach put you in.

“Well that wouldn’t be much fun and you probably wouldn’t be that excited about playing soccer after that,” said Rector. In the field of astrophysics and astronomy, Rector is a bit of a star. His colorful images of stars and galaxies have brought to life an obscure world beyond people’s imagination of our solar system and the universe. His images have been published in National Geographic and The New York Times and in 2015, he released Coloring the Universe: An Insider’s Look at Making Spectacular Images of Space. But despite his extensive resume, Rector remains humbled by the fact that his job as a university professor, first and foremost, is to teach the next generation of scientists. “We teach kids about science and we teach them about what we’ve learned through science, but very seldom do students get to do science themselves. The goal here is for them to understand how science is done and that it’s interesting fun and worthwhile.”

That is why, about a decade ago, Rector jumped onto the Education and Public Outreach Division of the Large Synoptic Survey Telescope (LSST) project, a $1 billion telescope currently in construction in Northern Chile in the Atacama Desert and funded by the National Science Foundation (NSF) department of energy. Once constructed, the LSST is a 10-year project that will help address fundamental questions of the origins, structure and evolution of the universe. For Rector, his decade-long work with the LSST and year-long sabbatical he took during the 2018 school year, will all be worth it, when UAA students will be one of the groups of students across the country to view, analyze and create data from the LSST’s powerful images.

The LSST, also known as the “survey telescope,” has been designed to address four specific areas: understanding dark matter-energy, potentially hazardous asteroids and the remote solar system, the transient optical sky and to study the structure and formation of the Milky Way.

Rector said in a single night, the LSST will generate about 10 million images and if there are any changes, an alert will be sent out notifying astronomers of a change. He said the survey telescope’s technological ability to pinpoint a change in a sea of images is impressive and he’s excited for all the data the LSST will gather.

“What I was working on with the group — and am still working on — was developing ways for students to use the data from the telescope for learning and to do their own research projects,” he said. “One of the things that’s exciting about this is that UAA students will be among the first students to get to use data from this telescope.”

For most of Rector’s career, he’s worked toward creating opportunities for undergraduate students to be involved in research projects, using real data from real research-class telescopes, like the Kitt Peak National Observatory (KPNO) in Arizona. Rector’s students have traveled to KPNO to help Rector gather data for his research projects and said that he’s glad UAA strongly advocates and provides opportunities for undergraduate students to become involved in research.

His efforts on the educational side of the LSST project include developing programs for students, particularly undergraduate students, to use the data the LSST will generate to give them an idea of what “scientists do.”

“People often think of scientists as people who have memorized a lot of facts, taken a lot of classes and read a lot of books,” Rector said. “Students don’t get to see what it means to be a scientist until usually long after they’ve decided whether or not they want to be a scientist.”

Rector said he hopes that his work with the educational division of the LSST project will nudge the scientific community’s door open a little wider, so students who are sitting in the classroom learning about the data the LSST provides, will also have the opportunity to experiment, analyze and use the data, for real research — and hopefully answer some of humanity’s biggest questions.

"Researching the stars" is licensed under a Creative Commons Attribution-NonCommercial 4.0 International License.

The power of community