A landslide, tsunami, missing cruise ship, wildfires and Arctic haze all hit Alaska at once last month in a simulation created by UAA students in the Arctic Security course. They responded to these imagined future emergencies in a weeklong role-playing assignment mimicking the pressures and cascading events policy decision-makers are faced with during disasters.

The course was created and taught by Dr. Chad Briggs, associate professor of public policy and director of graduate studies in the College of Business and Public Policy (CBPP). His extensive background developing and running scenarios goes back to his teen years working at Gen Con, a large tabletop gaming convention in Milwaukee.

Since then, he has combined creative writing and strategic thinking along with knowledge of history, religion, the environment, public policy and global affairs to develop and run scenarios for governments and universities in places like Kosovo and Ukraine. Recently he crafted a complex training scenario for a U.S. State Department simulation for 100 foreign service officers.

But he didn’t write the scenario for the UAA Arctic Security course. Instead, he gave students the same tools the U.S. government and the North Atlantic Treaty Organization use to create disaster scenarios and wargames. Students created an Alaska-specific scenario that Briggs set up as a simulation. He used the chat-app Discord to encourage a dynamic, immersive experience.

Students were put in teams and assigned individual roles, like Alaska governor, Anchorage mayor and Coast Guard admiral. Each night, they responded to multiple challenges, such as missing cruise ship passengers, downed internet systems, and a ransomware attack that compromised the Ted Stevens Anchorage International Airport. Each morning they received a new situational briefing developed by Briggs. Sometimes they received disinformation or were subjects of critical news reports to illustrate the effect media and social media can have on decision-makers.

One team was assigned to represent a foreign power with a mission to exploit Alaska during this time of crisis. Master of Public Administration (MPA) student Devin Hutchings said being assigned to this team was eye-opening. “During the game, every move we made was with the purpose to advance the goals of establishing a presence in Alaskan fishing waters and investing in a port in Norton Sound that would be useful in international trade.”

“We learned more about Arctic security hazards, whether economic, cultural, environmental or political,” said MPA student Cuckoo Gupta. “It also provided us with an active, hands-on experience at how macro-level governmental, military-based, policy-oriented decisions are made. It highlighted how different individual actions have a collective impact on the state or government and the holistic approach required for any sort of problem-solving. This course taught me that Arctic security is way more vulnerable than we think. It is a complex and vital piece in the broader global stability perspective.”

Joe Tapangco, a sergeant in the U.S. Army and MBA student, said he better understands the many unknown variables during an emergency. “You aren't playing against a computer,” he said. “You are playing against another human being, and it is difficult to predict their responses to your actions. Wishing to control the uncontrollable is not a solution.”

Briggs advised his students that the scenario isn’t played like chess, with each side taking turns.

“We had to try to see what is happening all at once, all the time, and how to defend in four directions at once,” said Maya Narang, an MPA student. “For everything that needed fixing, there were 20 things connected to it. We had to look at those for every decision we made. It forces you to really look at the world much more like a web. It’s valuable to see that bigger picture and understand how other people think.”

Using disaster scenarios/wargames as a method to practice critical decision-making skills is a serious business, said Briggs. “These big issues seem so overwhelming. But if you’re given some practical tools and you feel like you’re doing something, the risks become much more manageable. Even if it's scary and it seems overwhelming, you want people to recognize that they’ve seen something similar, that they can handle it.”

Briggs has always focused on the environment and security. Studying in Norway and Canada fixed his fascination with the Arctic. Putting all those interests together led him to Alaska in 2018. “When the position at CBPP opened up, I had just finished my book on disaster security,” he said. “I wrote in my cover letter that UAA needs someone who deals with disasters. Six hours later, the 7.1 earthquake struck.”

When COVID-19 became a pandemic, he found himself on a UAA committee tasked with decisions for shutting down campus.

There are many other security risks in Alaska, as the Arctic Security course demonstrated. Briggs said that students need to be able to plan for shifting conditions in the future. “Whether it's the budget or infrastructure or security, what we've done in the past doesn't apply in the future anymore. I think the college is good at training people to be dynamic enough to see that.”

Briggs believes that Alaska is the perfect place to develop these skills and to see firsthand what is happening in the Arctic, rather than studying it from afar. “It’s much more interesting to be in class with people who have served in the military here, worked on the North Slope, or in the legislature, or who have lived in rural Alaska,” said Briggs. “It adds so much depth to the study. I would love for more people from other parts of the Arctic or the Lower 48 to experience that here.” 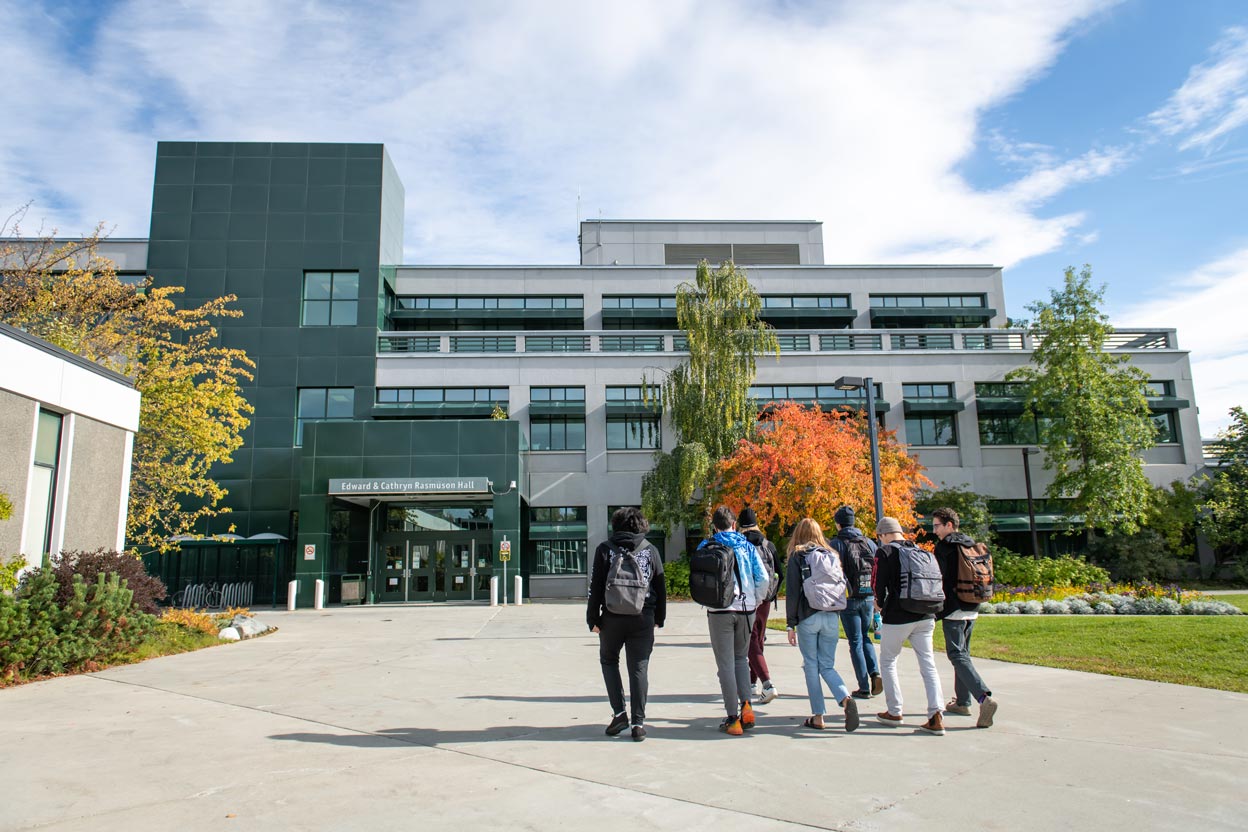 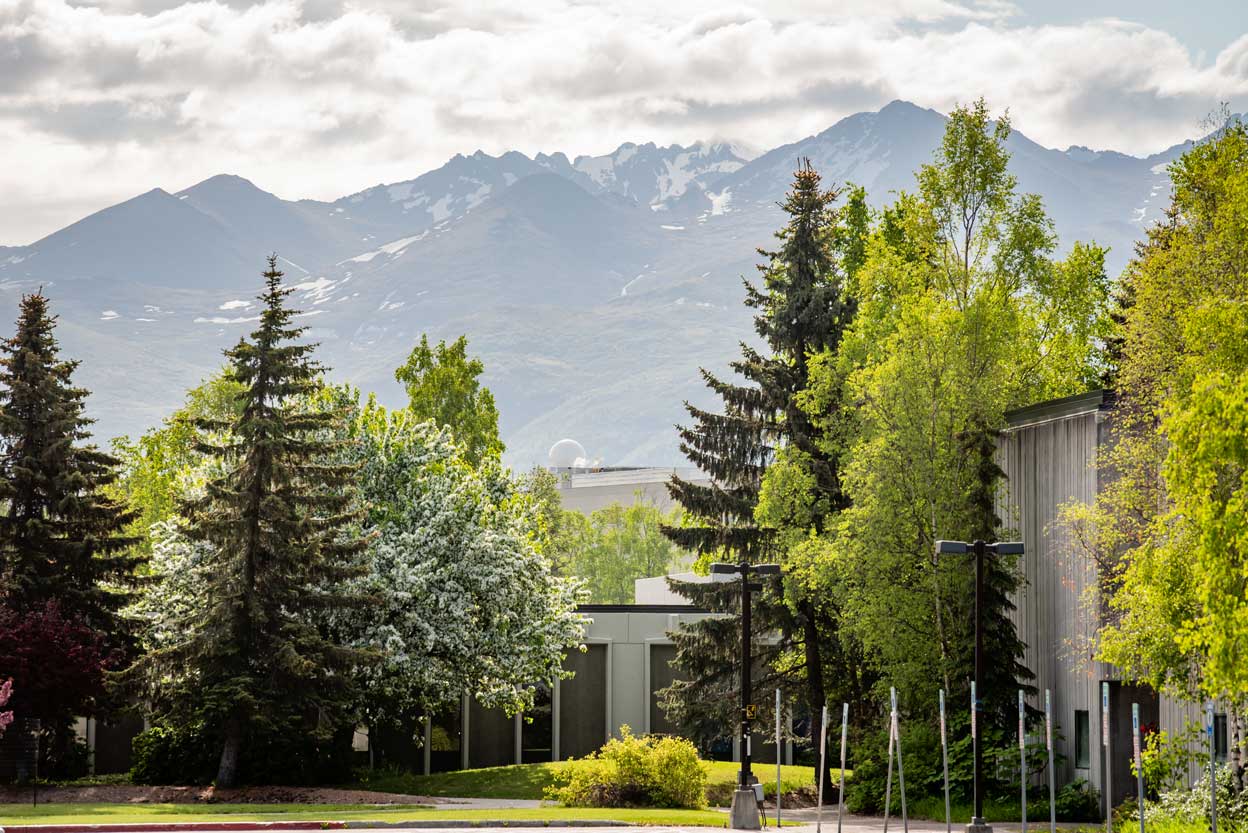 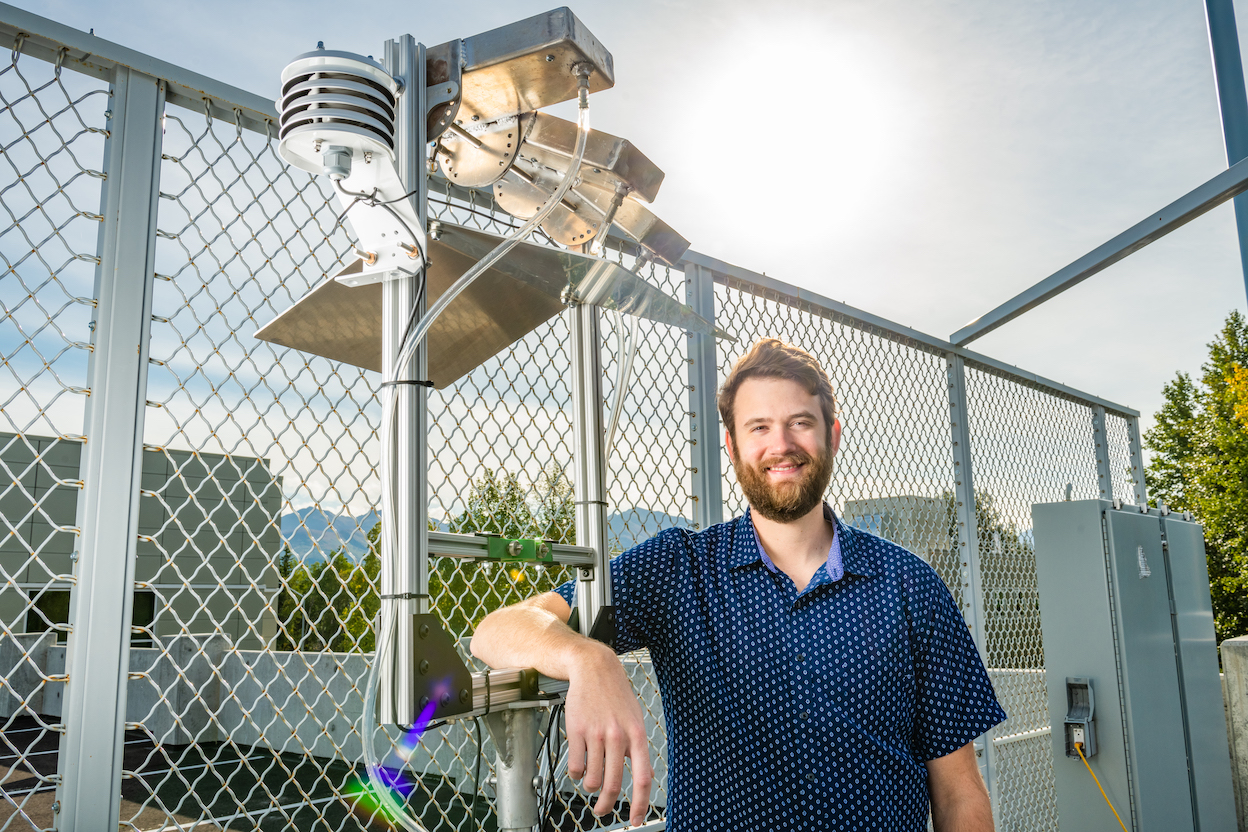 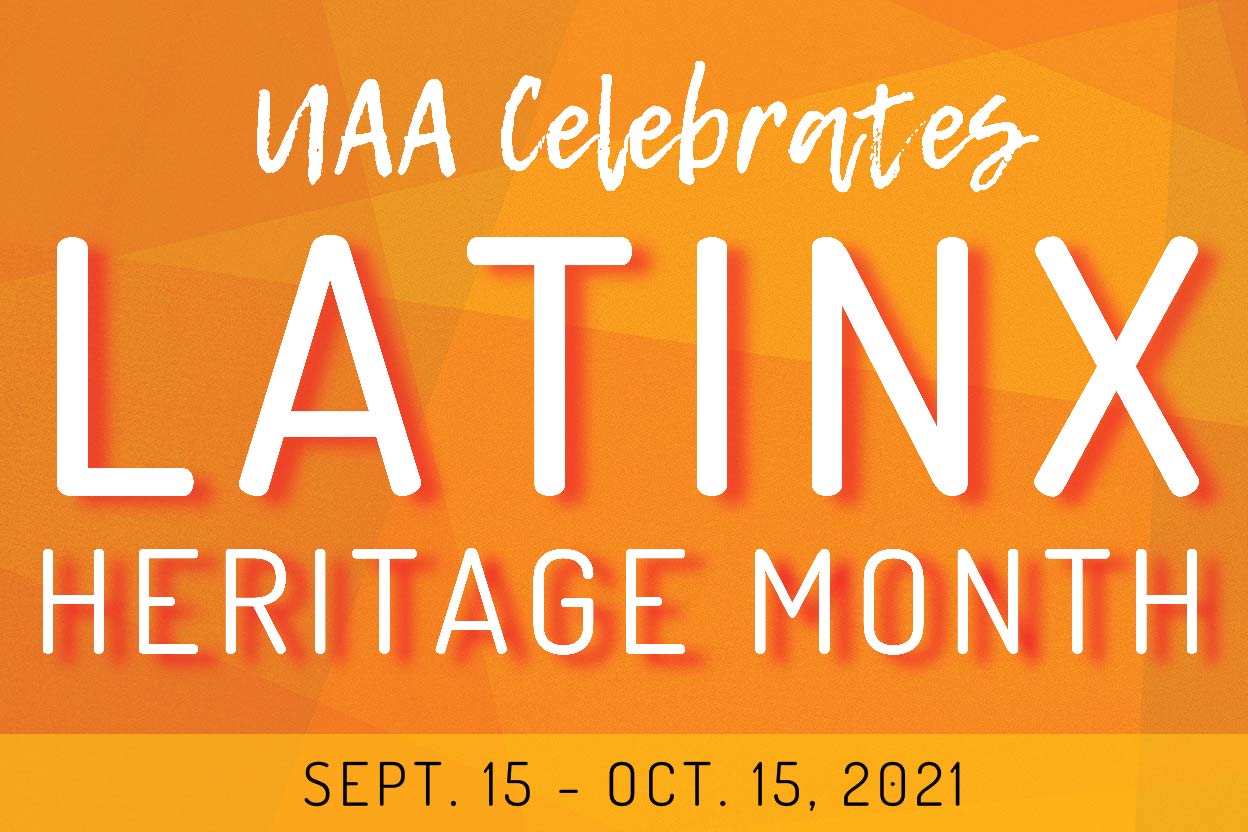 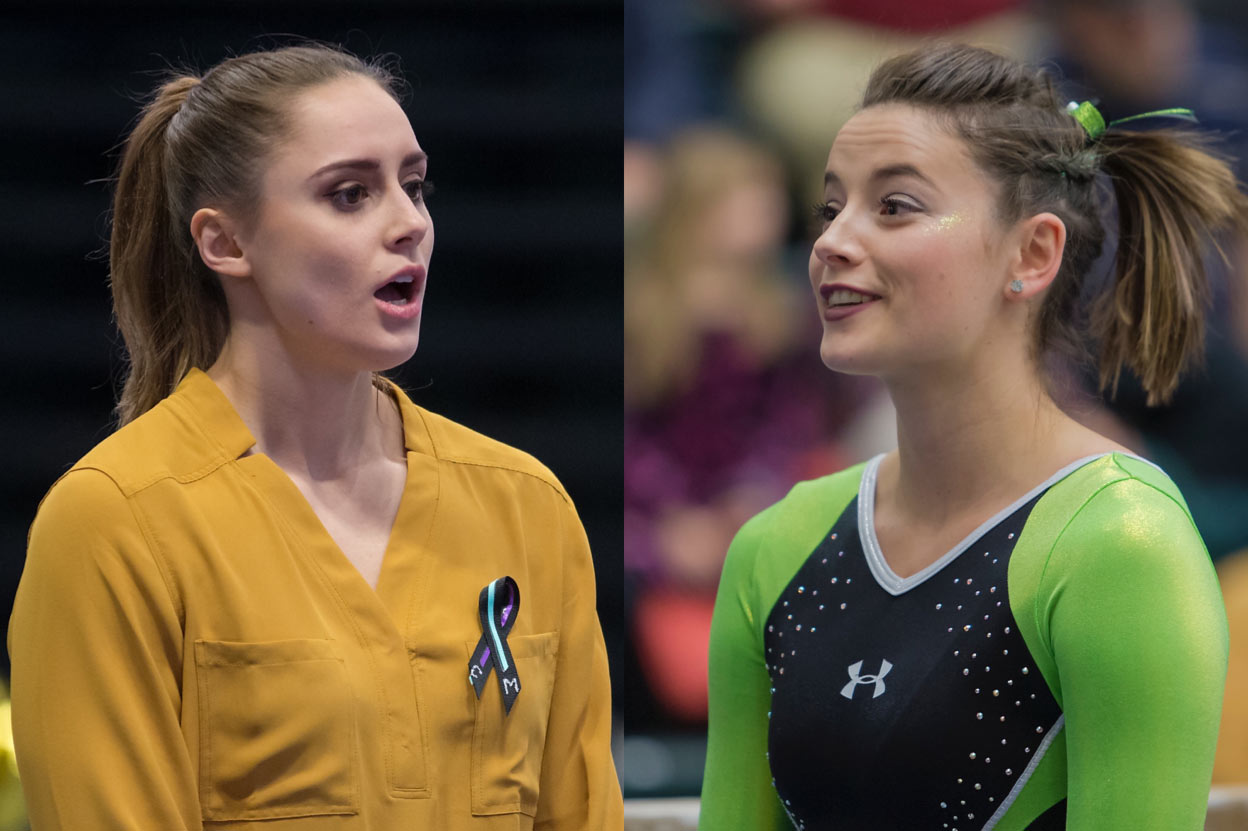