In many cases, artistic ideas are informed by traditions that have been passed hand to hand over centuries. Artists are guardians of these traditions because they hold them in their hands and bodies, practice them, and keep them alive. Secrets Under the Skin is a collaborative arts-based project that delineates the provenance of ideas, gestures and cultural forms as they have transmigrated across geography and time. It shows how artists interpret cultural information, and how that information transforms over time. However, it is possible to find shared attributes across cultural diversities. Once again, our project is based on ethnographic data, and is a contemporary art installation utilizing performance-based videos, photographs, live improvisational performance, visual art, and storytelling. 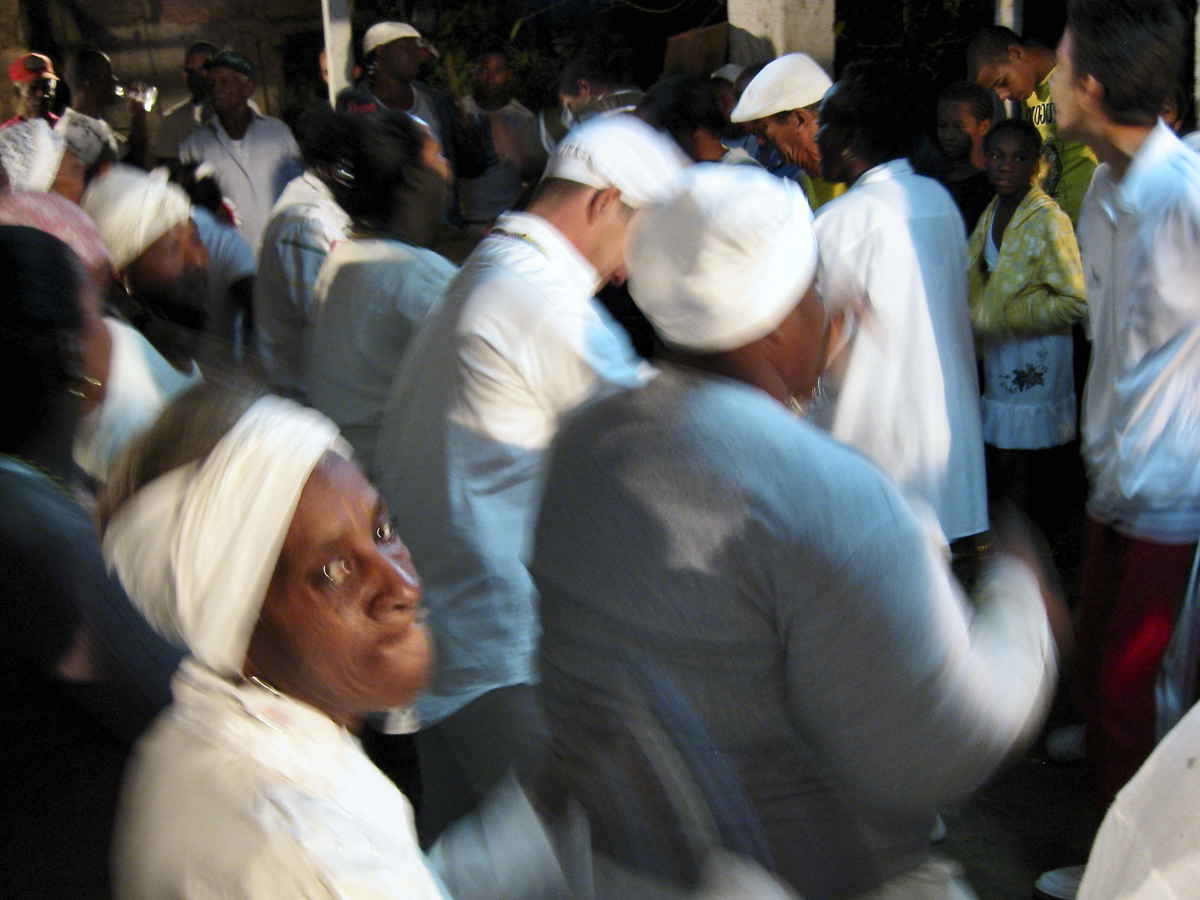 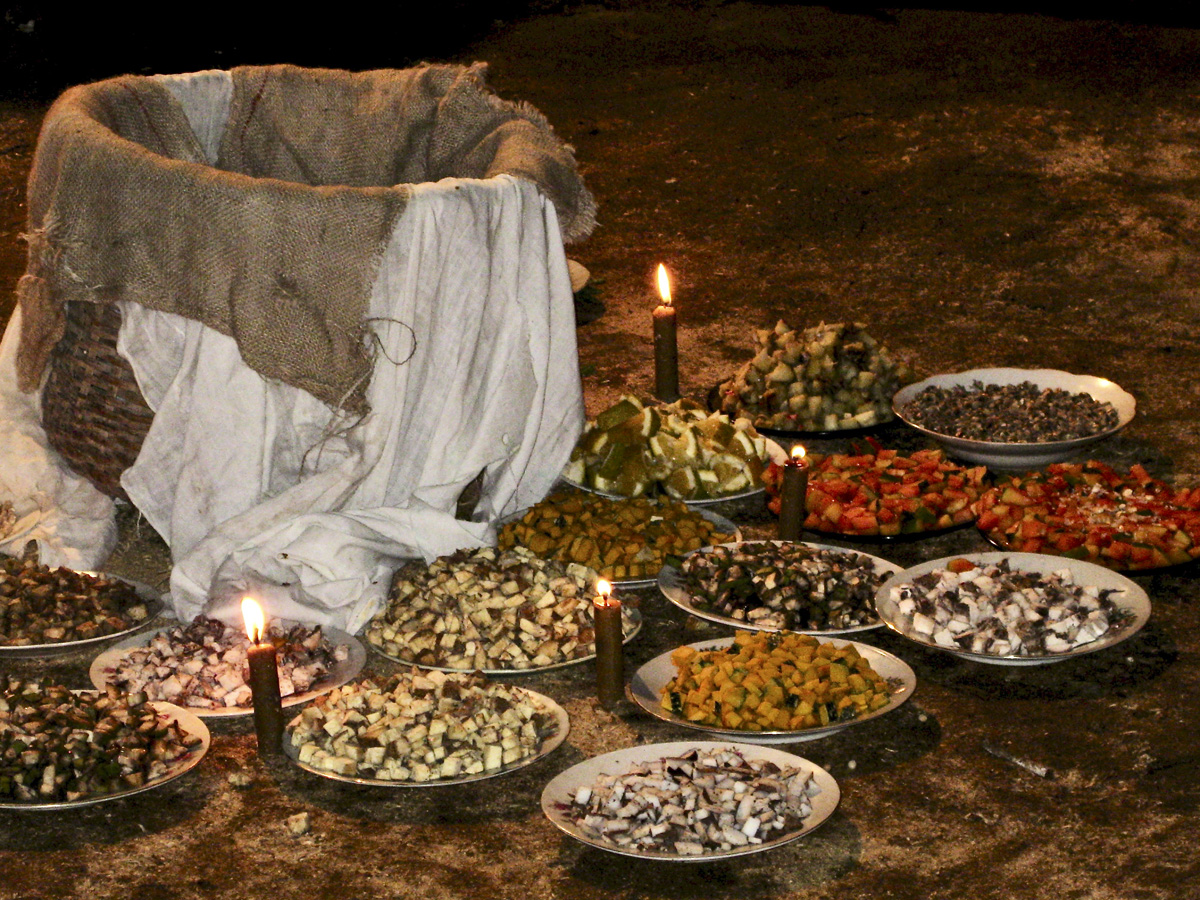 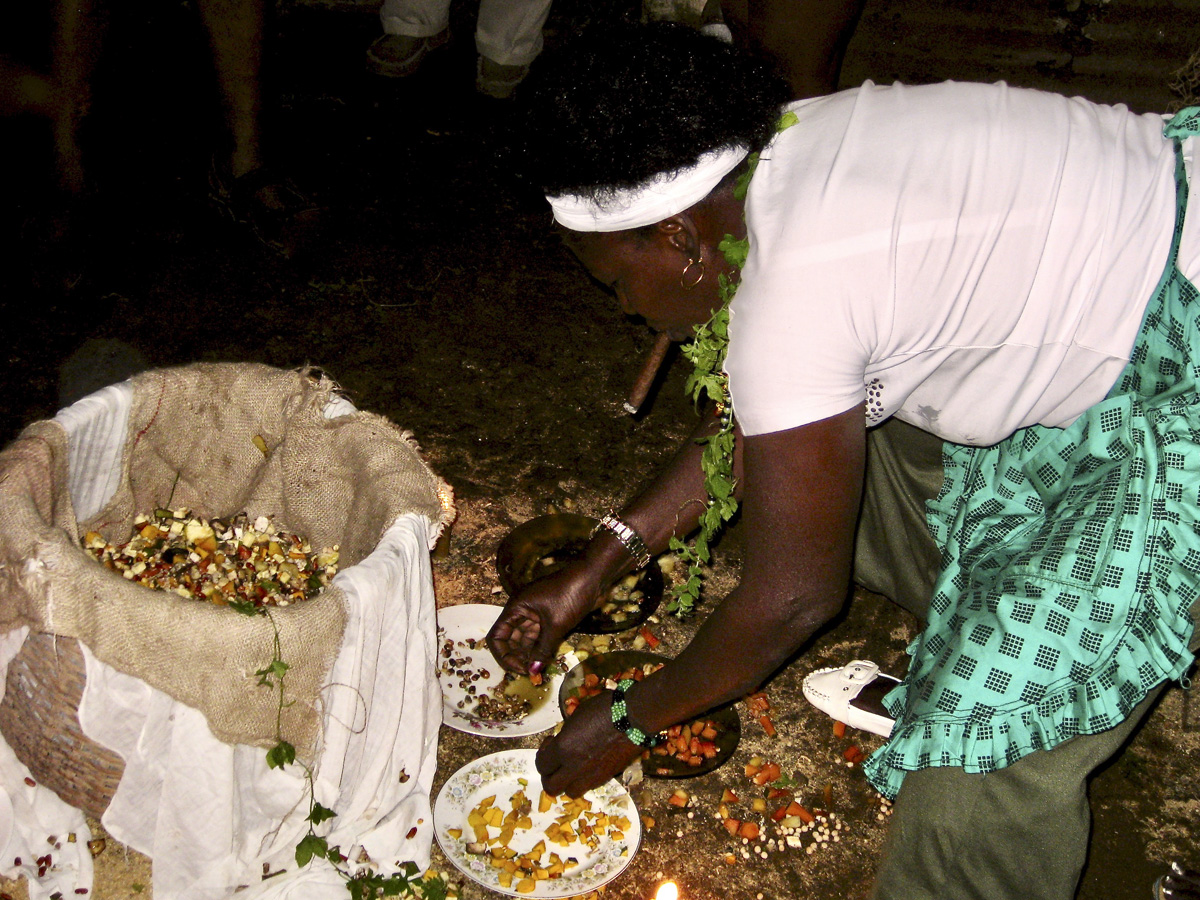 The project is informed by long-term fieldwork, 1991 to 2018, spanning Ghana, Togo, and Benin, West Africa across to Cuba. Dr. Jill Flanders Crosby, dancer, choreographer and professor of dance at the University of Alaska Anchorage explores the connections of the Ewe and Fon peoples of West Africa with their descendants who were brought to work in the sugar fields of central Cuba as a result of the transatlantic slave trade (Brandon 1993; Brown 2003). In Cuba, the label Arará came to designate the cultural traditions and ritual practices that emerged from this history. Thus, the project emphasizes traditional religious dance, music, ritual, and shared artistic roots along with religious objects, sacred spaces, and oral histories across four field site communities: Dzodze, Ghana; Adjodogou, Togo; and Perico and Agramonte, Matanzas province, Cuba. Flanders Crosby also went briefly into Benin. 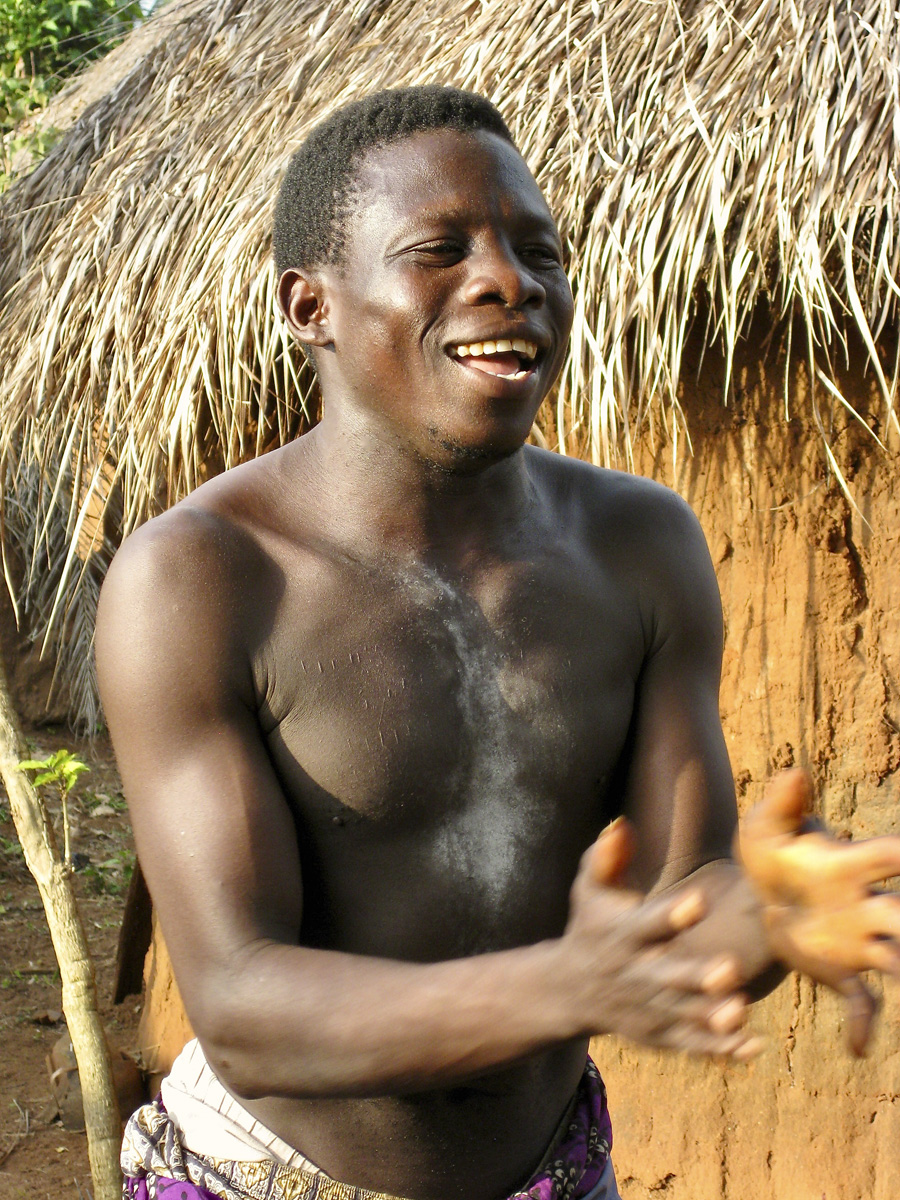 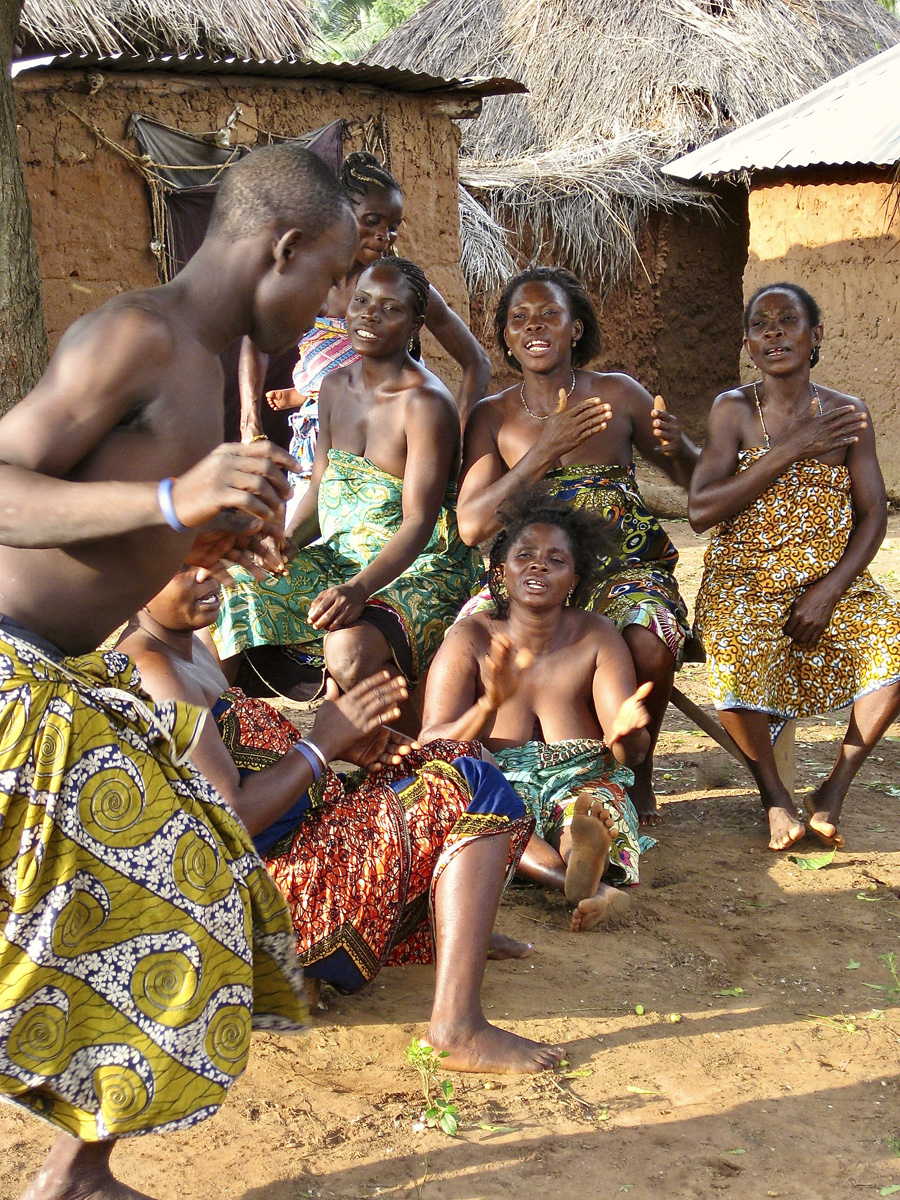 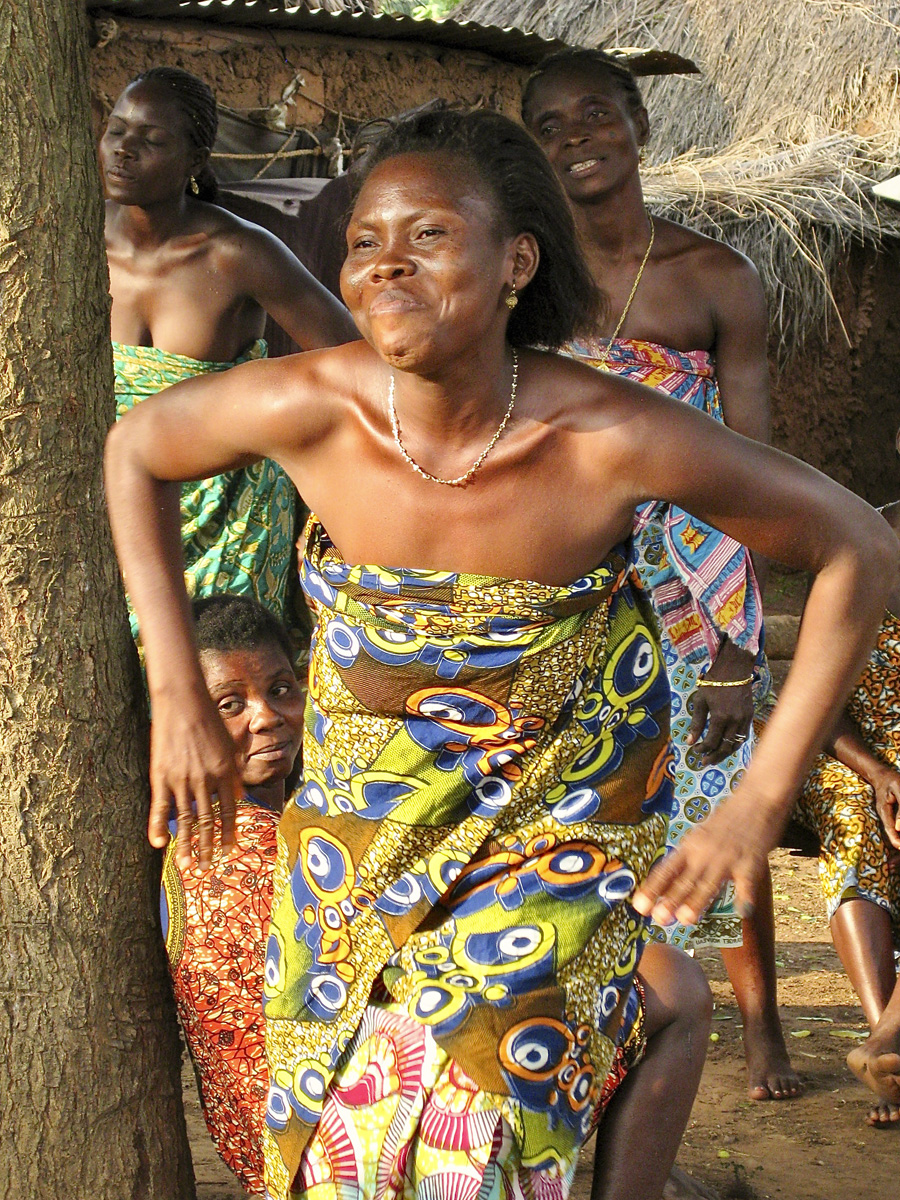 Dancing at a ceremony in Adjodojou, Togo, images by Brian Jeffery

Elders and religious leaders from both sites note: "We are from Africa," and insist that Arará ritual traditions in their community are the original, based on the fact that their deities "arrived here directly from Africa" often as "secrets under the skin" of their ancestors. Their African roots are fundamental to their identities.

While Cuban fieldwork began in 1998/99, it was between the years of 2005-2018 that Flanders Crosby and her Cuban research collaborators, Melba Núñez Isalbe and Roberto Pedroso García, conducted extensive oral history interviews in Perico and Agramonte adding on to Flanders Crosby's extensive West African work. Flanders Crosby carried these Cuban oral histories, along with pictures, audio recordings, and video images of dance and ritual back to Dzodze and Adjodogou over subsequent years. She presented these Arará stories, steadfast beliefs, dances, and rituals to Ewe religious leaders and elders, and initiated a dialogue about similarities, shared attributes, and differences that have occurred across geographical and cultural boundaries. 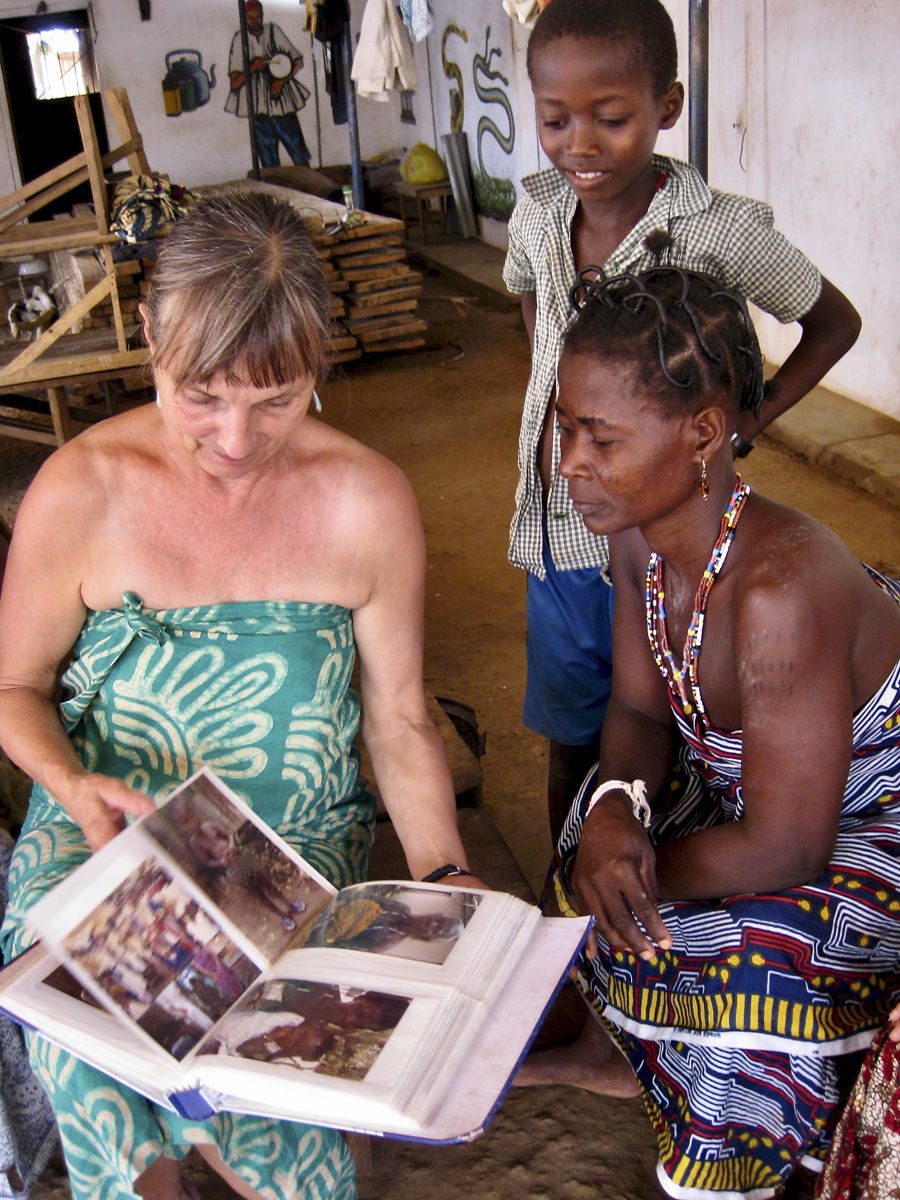 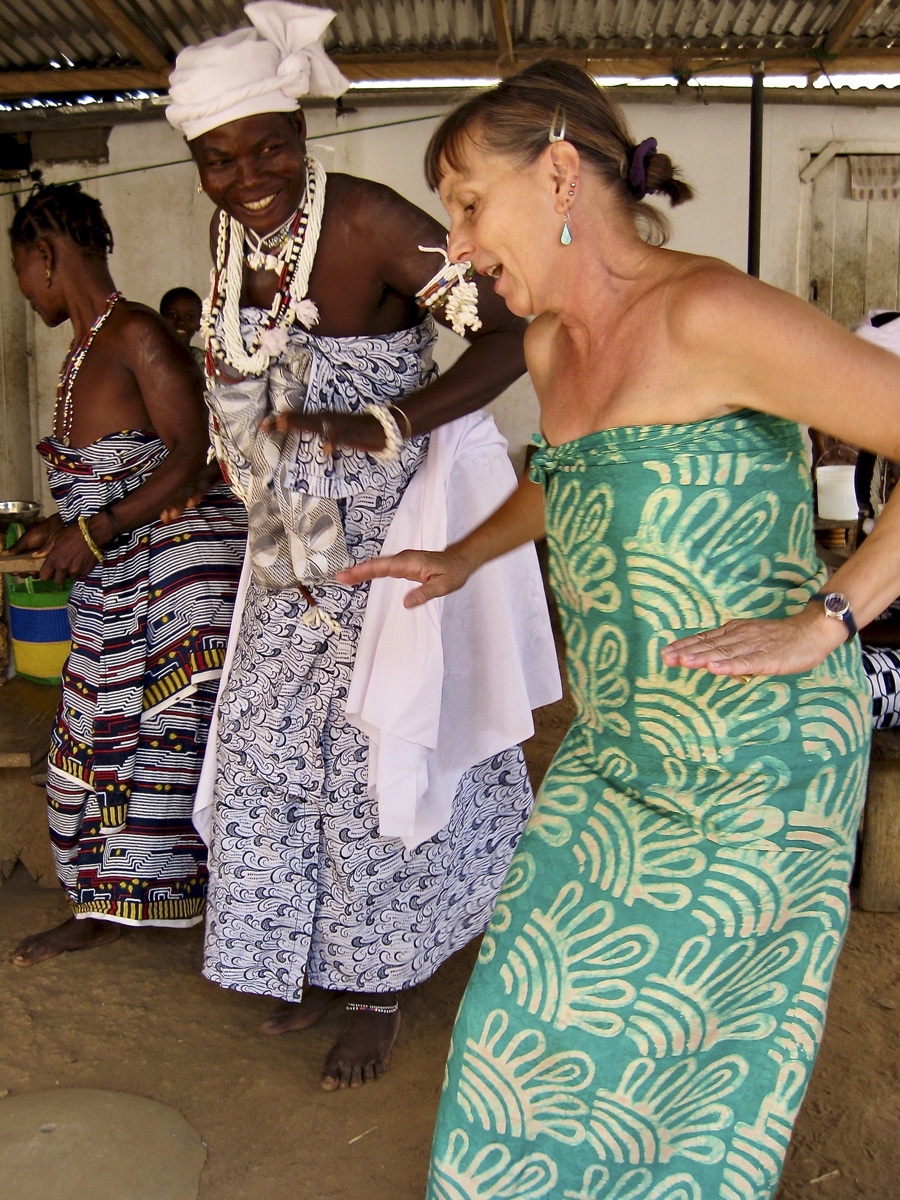 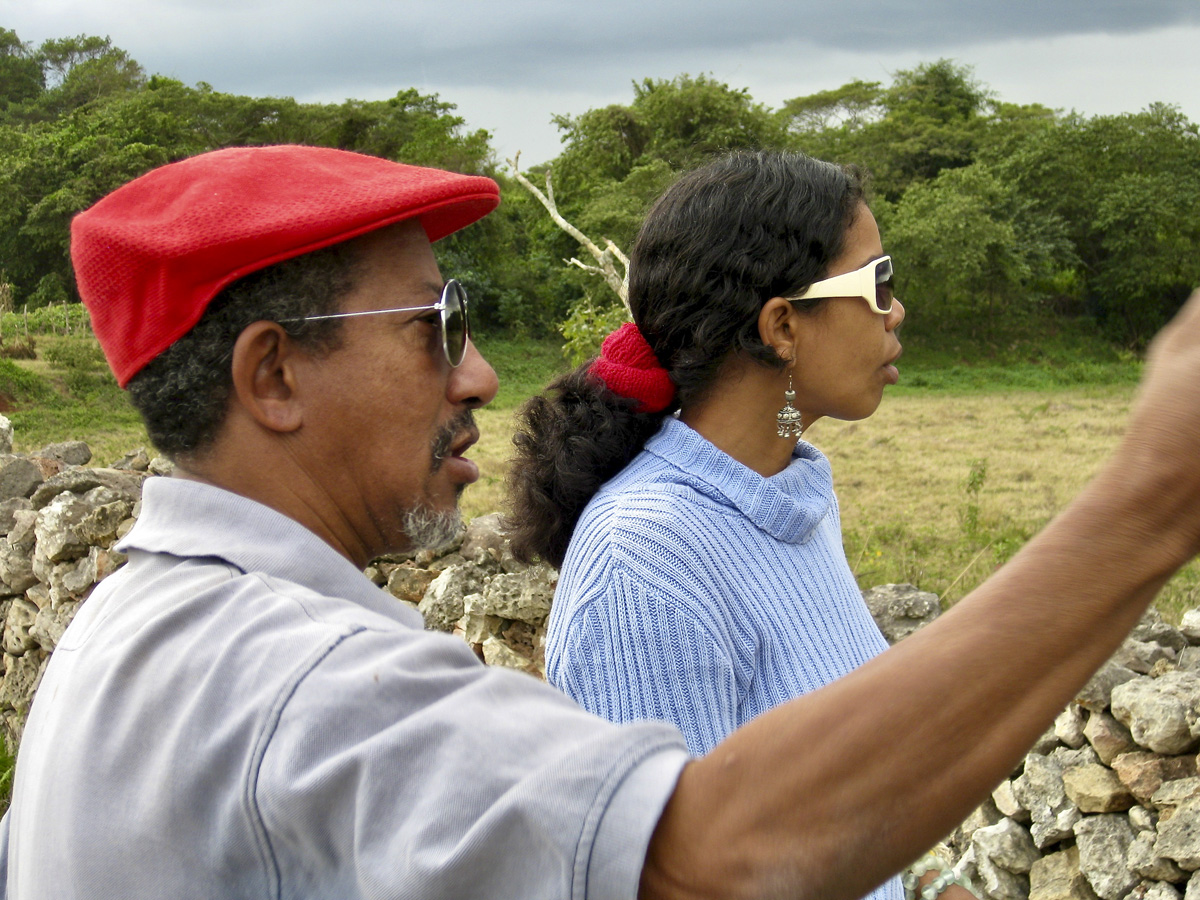 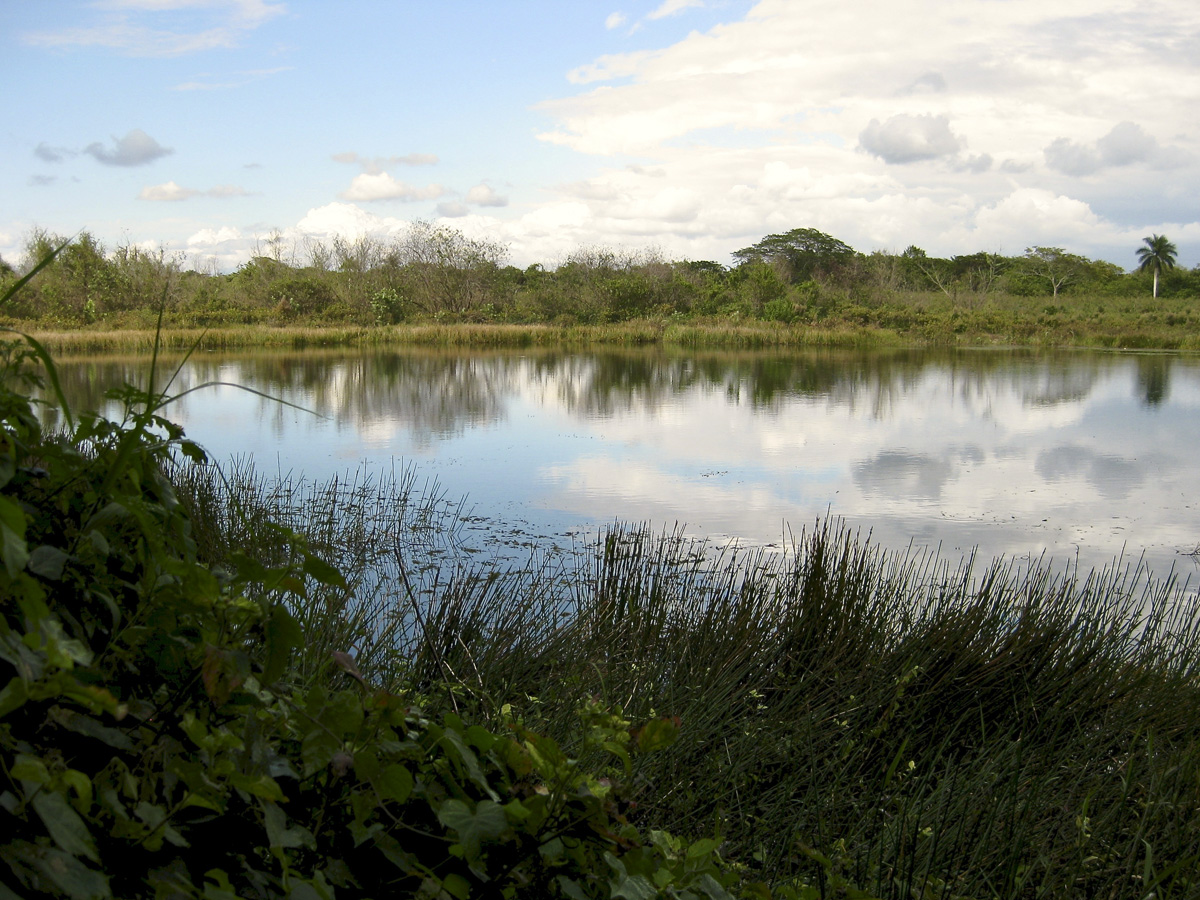 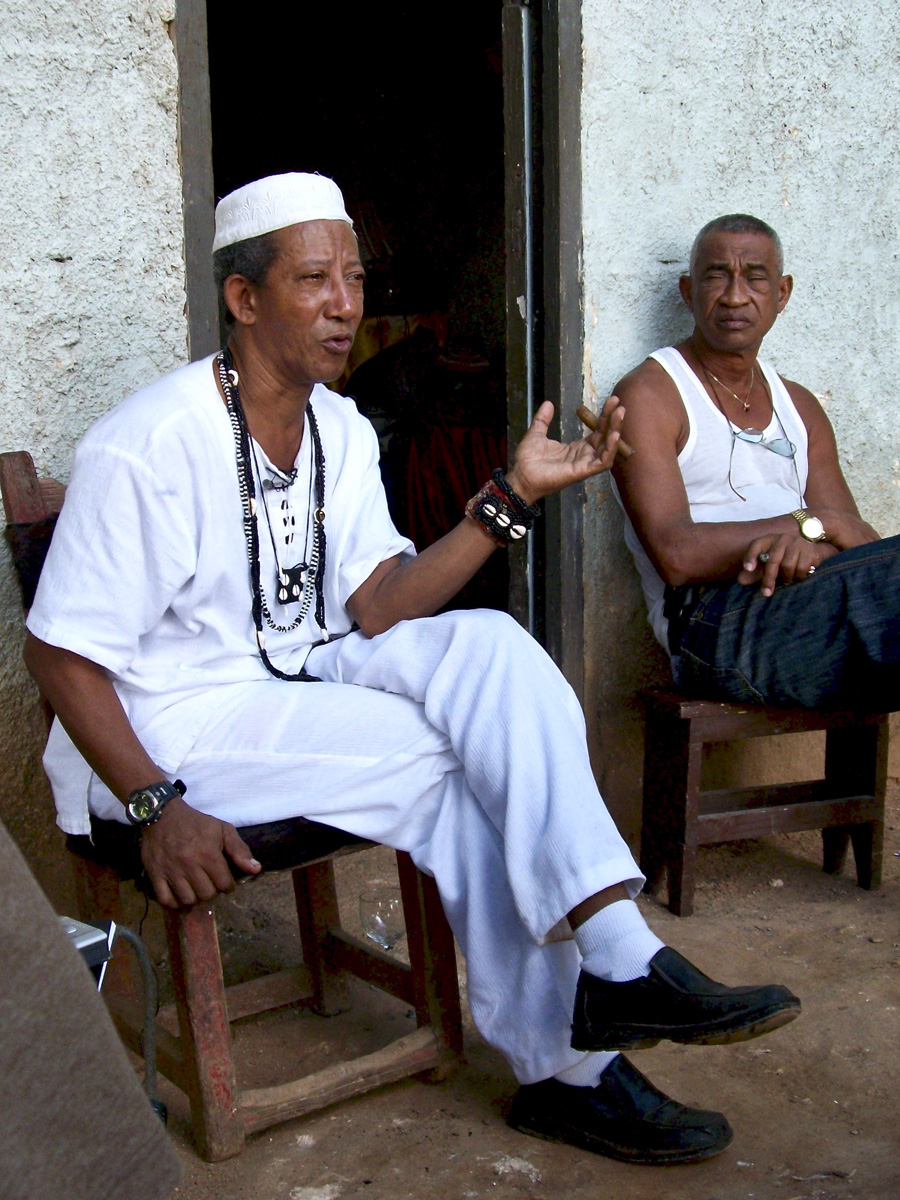 The first “publication” of the research was envisioned as a contemporary art installation versus academic writing for several reasons. First, for this five-person research team and four collaborators, most of whom are also all artists, art-making acts as a valid mode of inquiry equal to the rigor of ethnographic and scholarly research methods. Second, in a time of blurred genres in ethnographic writing (Behar 2007), it is important to reconstruct how ethnography is written and disseminated. This includes performative genres. Third, we understand, in line with the work of Culhane (2017), that artistic and ethnographic modes of inquiry “inform and transform each other.” Such artistic forms can transport one to “other times and places” through diverse renderings (Culhane 2017). Finally, one of the benefits of disseminating research findings in the form of an art installation is that we reach differing audiences through fluid forms that evoke an embodied response. Art, as opposed to the prescriptive discourse of scientific rhetoric, leaves space for interpretation and engagement. The approach of art-as-ethnography creates the space for an installation that widens and diversifies audiences who would not otherwise read academic discourse while also crossing language barriers. Thus, Secrets Under the Skin was conceived within this call for creative ethnography and rewriting culture from multiple perspectives.

Our project became a cross-generational, cross-cultural collaboration between contemporary artists and traditional practitioners from Anchorage, San Francisco, Havana, Perico, Agramonte, Dzodze, and Adjodogou. During the development stages of the actual installation over the years from 2006 to 2014, Flanders Crosby and Matthews shared works-in-progress in Ghana and Cuba for comment and reflective feedback. In addition, ideas for the final installation continued to develop between all artists involved. 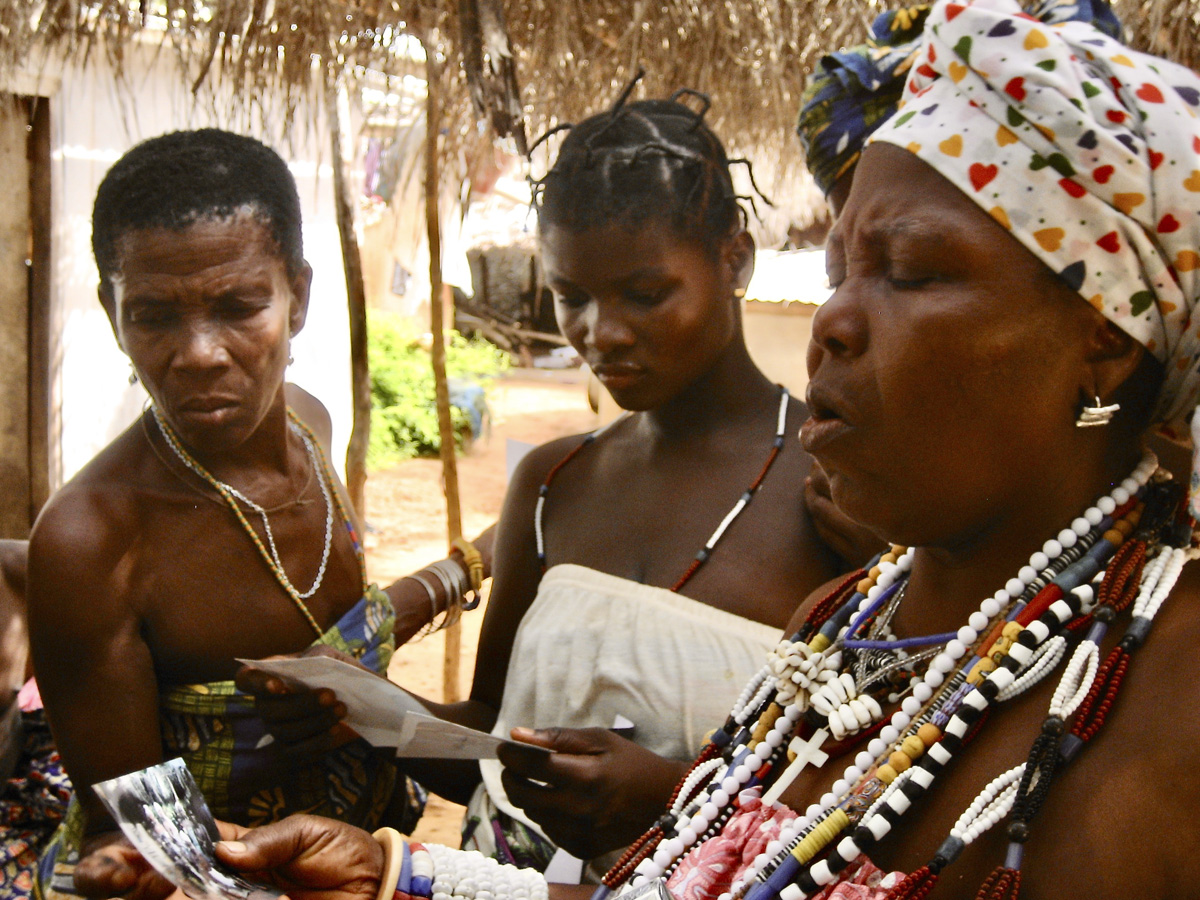 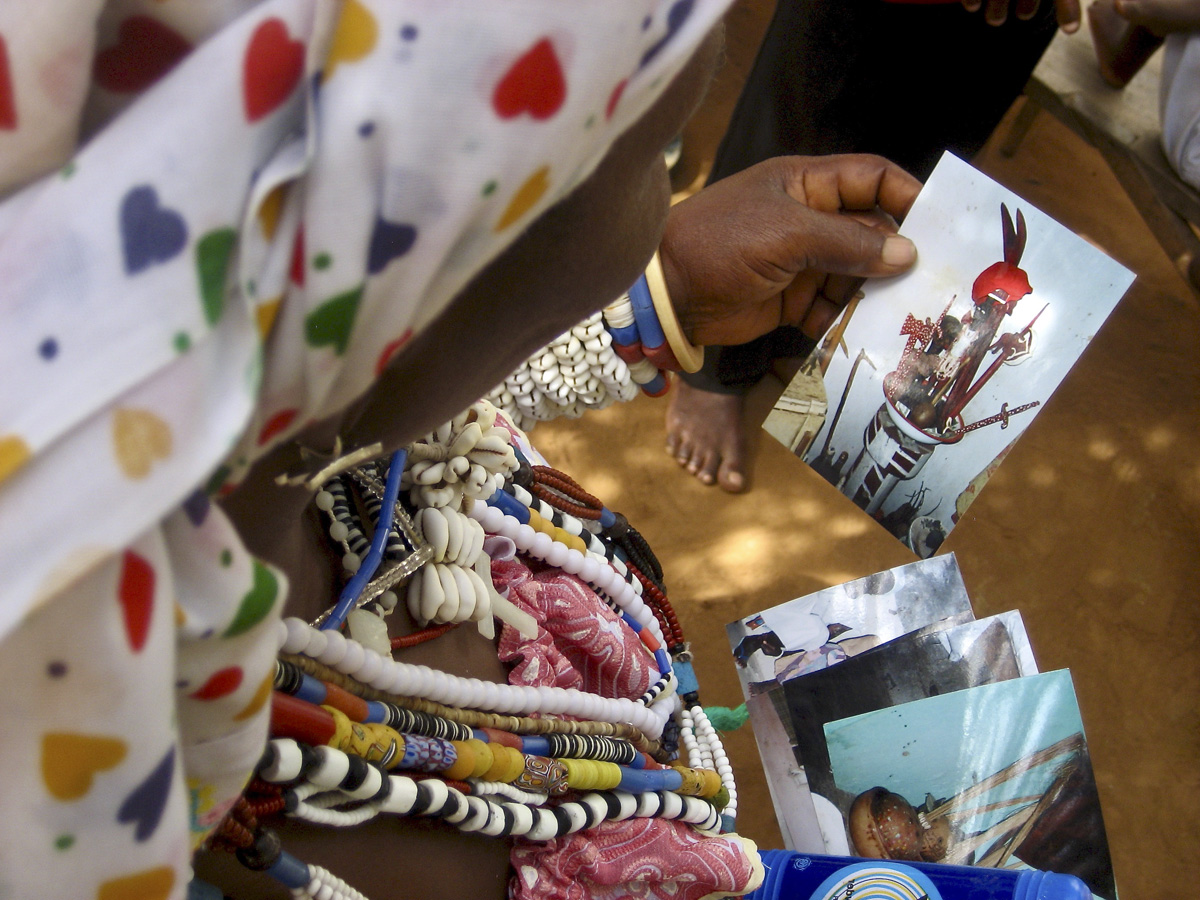 Secrets Under the Skin premiered in Havana, Cuba, December 22, 2010 at Fundación Ludwig with the traditional musicians from Perico able to travel to Havana and play on the Fundación Ludwig patio.

The Perico musicians in performance at Fundación Ludwig, image by Brian Jeffery

The installation was also exhibited at the Museo Municipal de Perico Constantino Barredo Guerra in Perico, Cuba December 25, 2010. On January 16, 2011, Secrets Under the Skin had its U.S. premiere at the Kimura Gallery, Fine Arts Building, University of Alaska Anchorage Campus. It has since traveled to the Bunnell Street Arts Center, Homer, Alaska, with subsequent versions in San Francisco involving interactive artists' talks. A skeleton portion of this project was introduced in Ghana and Togo, July 2012 for comment and refinement. The entire installation traveled to Ghana July 2013 appearing at the Nubuke Foundation in Accra where ritual practitioners from Dzodze were able to travel to Accra and perform ritual drumming, dance, and song. The show also traveled to the University of Cape Coast in Ghana. In May 2014, it opened at the Mission Cultural Center for Latino Arts in San Francisco.

Secrets Under the Skin at the Mission Cultural Center for Latino Arts, image by Brian Jeffery

Our show and our inquiry evolved as we continued to present our work and formulate questions about our process. Where does our "first world" spirituality intersect with the traditions that our collaborators practice and transform? How do we as contemporary artists interface with art forms that are connected to ritual practice? As a team of diverse artists, researchers, and collaborators from America, Cubans, and Ghana, we consistently examined when the line may have become blurred between our observation and our genuine participation in ritual events we attended. How did we influence one another by expanding awareness of the historical threads that connect us? How do traditional themes continue to inform contemporary art and ideas? 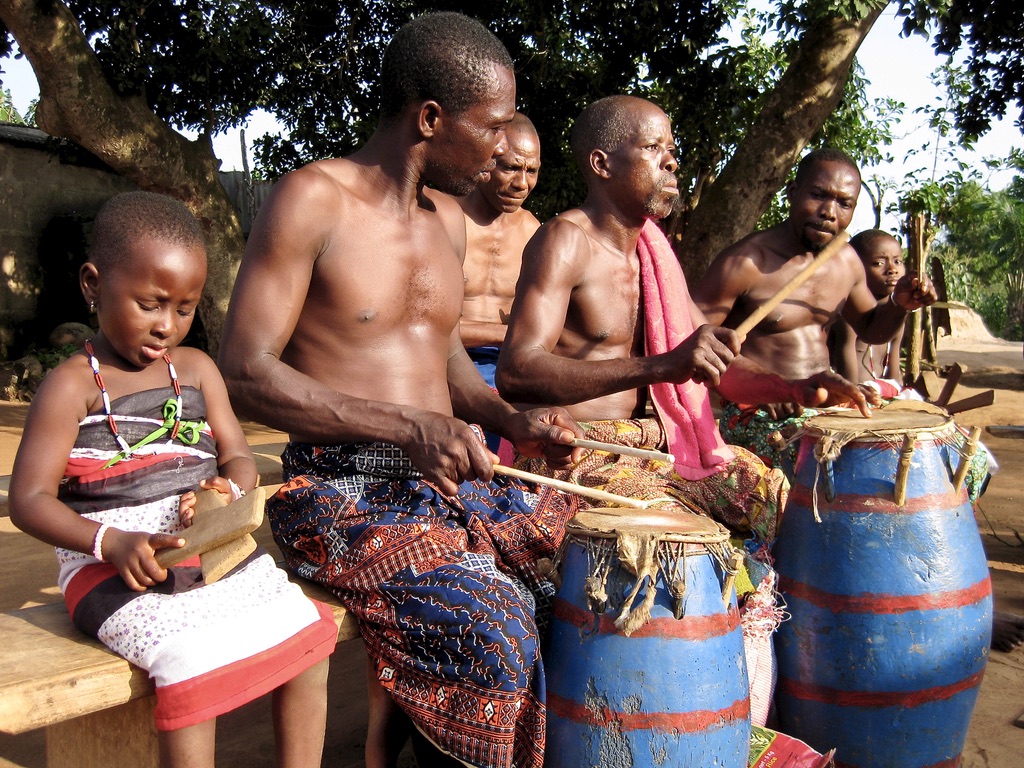 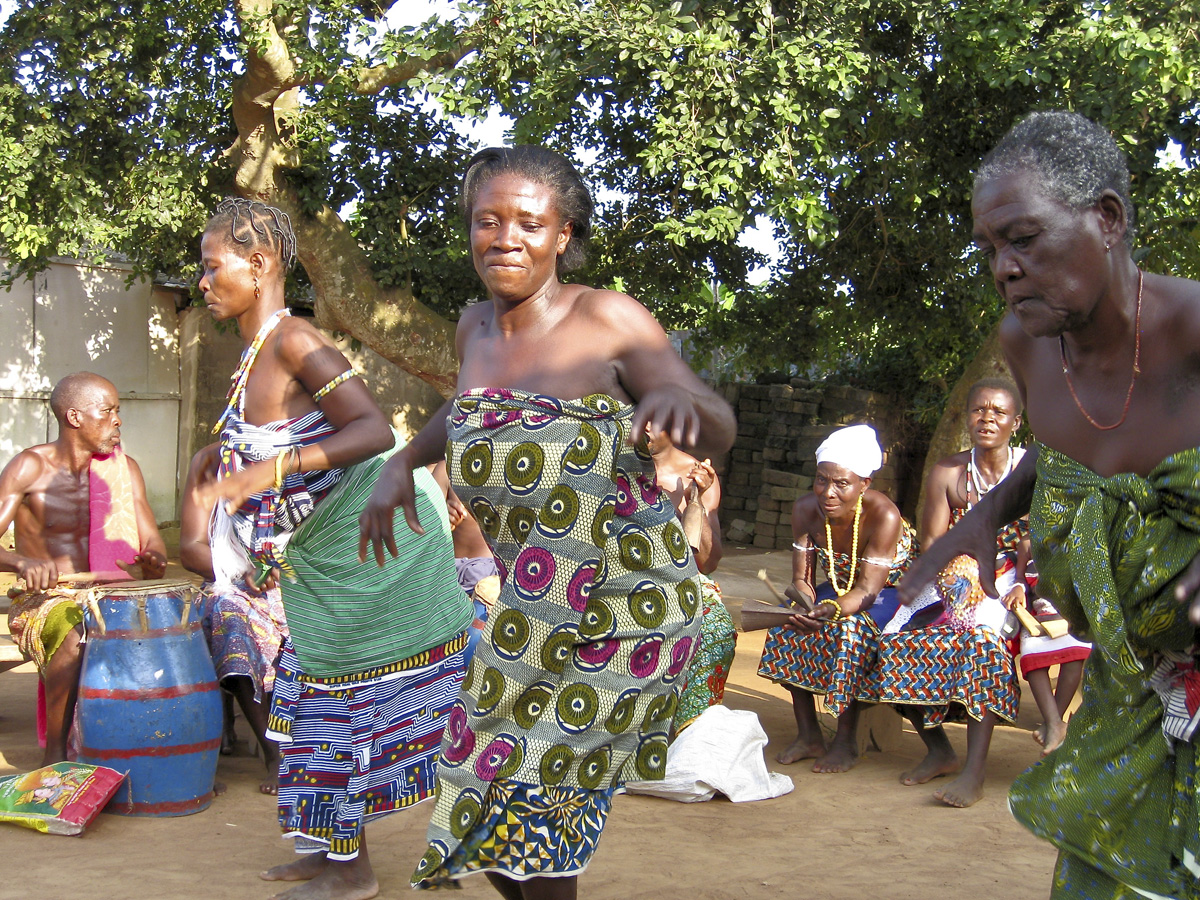 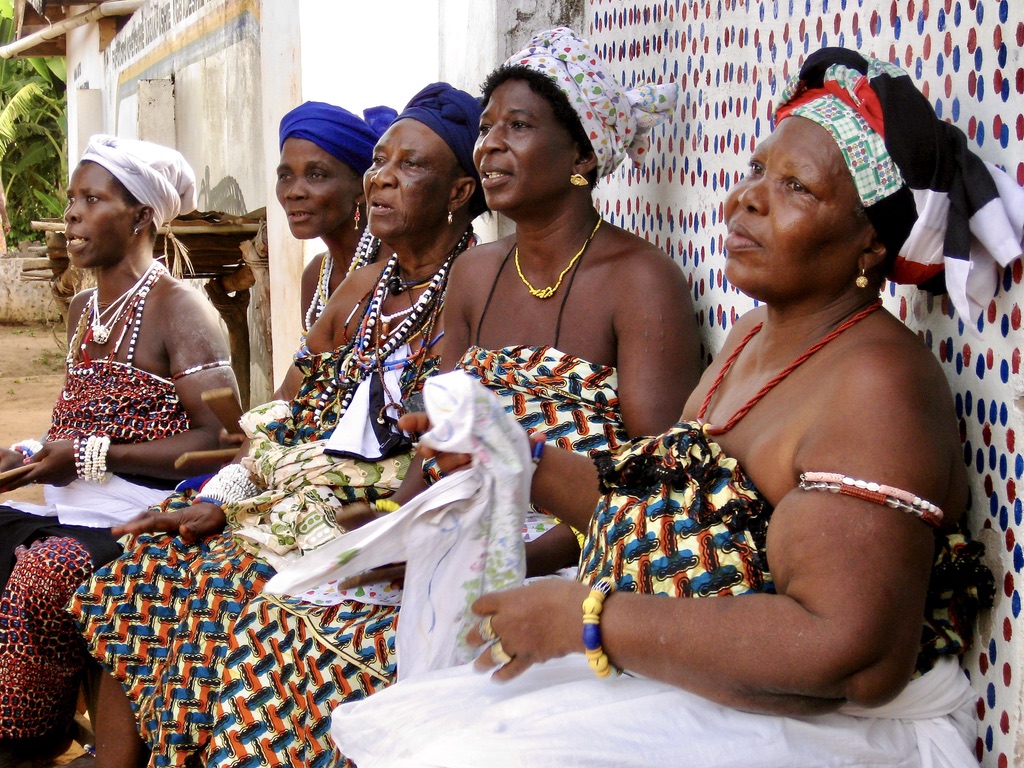 Drumming and dancing at a ceremony in Dzodze, Ghana, images by Brian Jeffery

This project has spread its wings beyond the above referenced installation. It always remained a goal that Flanders Crosby's research would appear in written scholarly works, particularly as a book documenting the entire scope of this project from the fieldwork to the creation of the Secrets Under the Skin installation. Titled Situated Narratives and Sacred Dance: Performing the Entangled Histories of Cuba and West Africa, the book embraces performance as a mode of research methodology and writing strategy. Building upon previous articles that appeared in Material Religion (2015), Centre for Imaginative Ethnography (2015), Etnofoor (2018), and Catauro (2019), this book is very much a response to Stoller’s (2018) call for social research “to be more playful, to take more representational risks, to construct narratives that sensuously combine head and heart” (110-111). In response to Stoller, this book continues the multi-layered tradition of the art-installation by relying on literary styles of writing that employ fiction and memoir alongside academic analysis.

Finally, the folds of multiple layers that we attempt to unravel in this book do not just form an argument that art is dialogically entwined with scholarship. The folds also juxtapose life experiences that are immeasurable by traditional science alongside stories of artists merging scholarship with artistic processes. 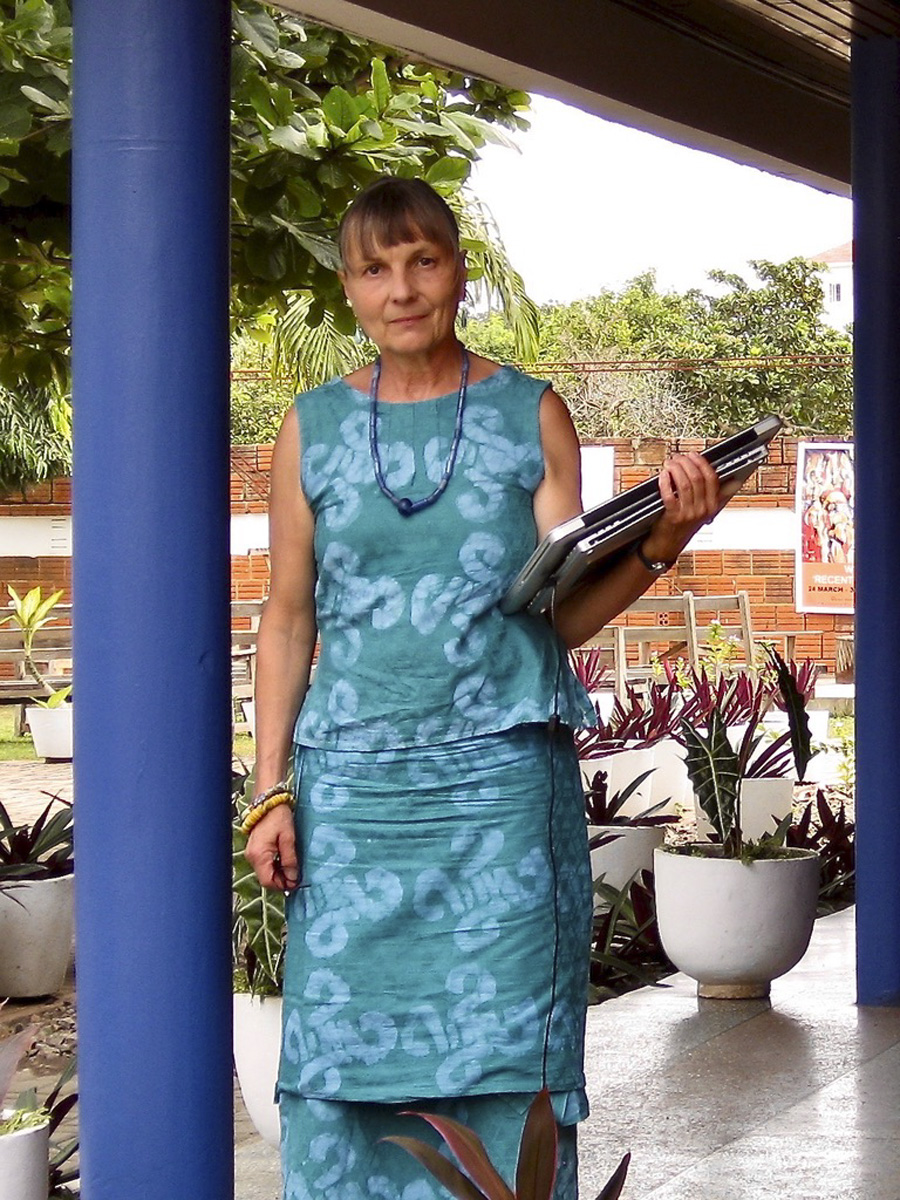