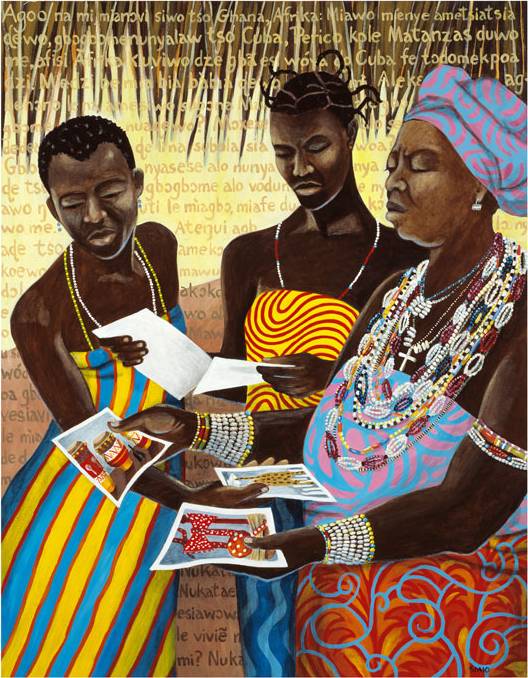 Jill Flanders Crosby, director of Secrets Under the Skin, made the connection between a village called Dzodze in Ghana, and Perico, based on her knowledge of their shared heritage. Dzodze is an Ewe community and it was the Ewe/Fon peoples who were taken to Cuba via the transatlantic slave trade and became known as the Arará people. She also realized that similar deities, dances, and rituals were venerated and practiced in both places.  She initiated communication between the two communities and sent messages and photos back and forth between them.

This painting shows the women of Dzodze looking at photos of Cuban sacred objects. The background text is the Ewe translation of some of the questions asked by our collaborator, Roberto Pedroso García, about religious practices in Dzodze. Roberto is a traditional spiritual practitioner who was born in a town near Perico.