The University of Alaska announced today that effective Jan. 1, 2013, Chief Human Resources Officer (CHRO) Donald Smith is returning to the position of executive director of labor and employee relations (LER). A longtime Anchorage resident, Smith concluded during the transition from the Anchorage-based LER position to the Fairbanks-based CHRO position that the move to Fairbanks would unexpectedly have significant adverse economic impacts on his family and him.

After discussions with and agreement by Smith, UA President Gamble concluded that Smith's return to his former Anchorage-based LER position would avoid those issues while maintaining Smith's extensive expertise. 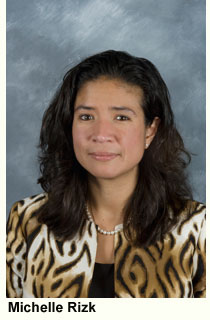 Gamble also announced that he is appointing Associate Vice President of Budget Michelle Rizk as interim chief human resources officer. Rizk will continue her responsibilities with her budget position, as well as taking on the CHRO duties.

Gamble stated, "Donald has resolved many tough issues since coming on board, and I want to express my sincere appreciation for his exceptional results over the past year while covering both the LER and CHRO positions.  His return to LER creates a win-win situation for Donald, his family and the university."

Gamble appointed Smith as executive director of LER in August 2011 specifically because of his extensive expertise in labor relations. Smith filled the CHRO position on an interim basis when Beth Behner departed in December 2011. After a nationwide search, Smith was selected by the search committee and appointed CHRO by Gamble in August 2012.

Rizk is a graduate of North Pole High School and the University of Alaska Fairbanks (UAF), from which she earned a bachelor's degree in nternational business and a master's degree in business administration in 2001. Rizk first served as the fiscal officer for the Statewide Office of Information Technology, where her duties
included financial management and strategic planning.  She joined the Statewide Office of Planning and Budget in 2006 as the director of budget and was promoted to her current position, associate vice-president of budget in 2008. Her current responsibilities include working with the campuses to develop the University of Alaska System's operating and capital budgets.

Rizk is married to Anthony Rizk. Together they have two children, ages 11 and 13, enrolled in local schools.