More than 700 people came to help celebrate the grand opening of the new ConocoPhillips Integrated Science Building. Thanks to a diligent planning committee and dedicated volunteers, our community saw how UAA is taking science education and research to a new level. From science demonstrations to videos to a wonderful planetarium show, community members experienced a side of UAA that many have never before seen. The opening gave us a great opportunity to show the important work that faculty, students and staff are doing at UAA -- work that is the basis of Alaska's future progress. 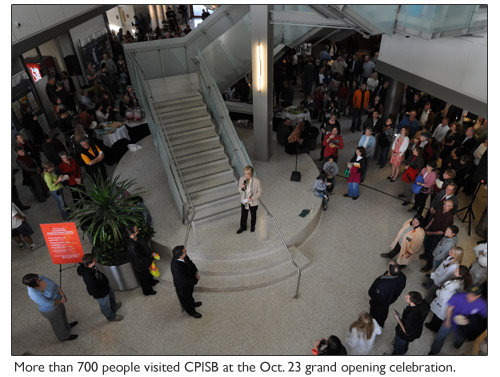 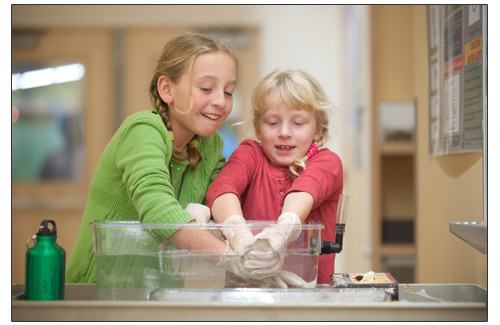 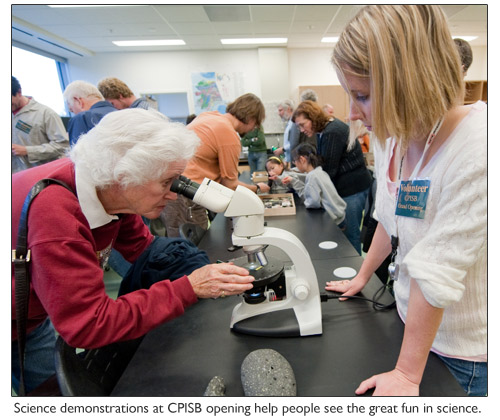 A terrific tie-in to the opening of CPISB and a wonderful theatre experience, "Terra Nova" played on UAA's mainstage this month. I hope you had a chance to catch this great show. 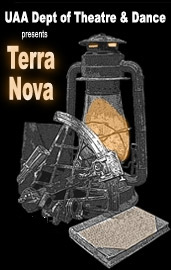 Listen to the "Terra Nova: a conversation with director Tom Skore" podcast here.

Earlier this month I traveled to Fairbanks and joined UAF Chancellor Brian Rogers and UAS Chancellor John Pugh at a meeting of the Alaska State Legislature's Senate Finance Committee. This working session gave us an opportunity to talk with legislators about what we are accomplishing at the University of Alaska. 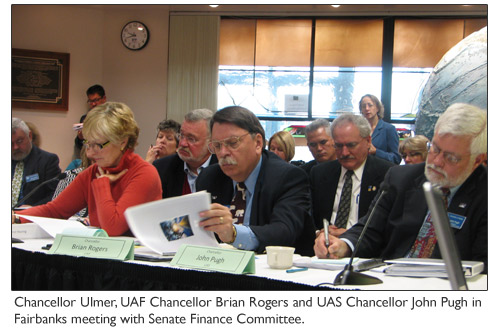 We kicked off Alaska Native/Native American Heritage Month with dancing, a Native dress review and lots of delicious Native foods. I hope that you will take time to go to some of the wonderful events planned for throughout November including films, food, dancing, lectures, brown bag lunches and many more opportunities to "Share the Spirit." 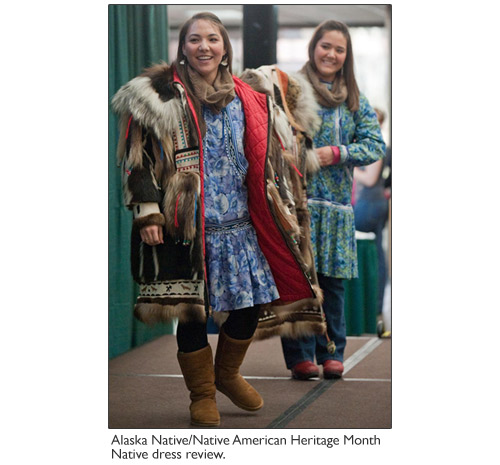 In Seawolf Athletics kudos to:

As always thank you for all you do for UAA!

"October 2009" is licensed under a Creative Commons Attribution-NonCommercial 4.0 International License.