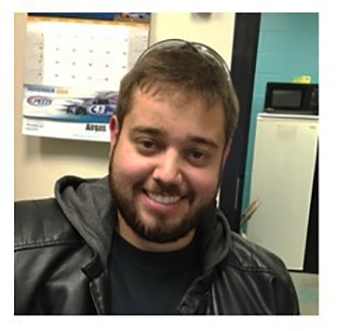 Alex’s family moved from Washington 12 years ago to seek better work opportunities in Alaska’s robust economy. The son of a Portuguese immigrant, he learned his work ethic from his father's example, and soon learned the fundamentals of mechanics. Alex applied for a parts runner position at a local business, (RWC Group) and was hired on as a shop helper instead.

“I like working with my hands and get a sense of accomplishment from fixing my own vehicles.” Alex enjoys the challenge Apprenticeship brings. He feels that this opportunity will open a lot of doors for him and become a bridge to financial independence. “I see myself becoming a master mechanic one day and eventually moving up into supervision.”

Alex has embarked on an alternative career path to traditional degree-seeking students. The responsibilities involved in this choice can be rigorous, but the rewards are substantial and life changing.

Earn While You Learn