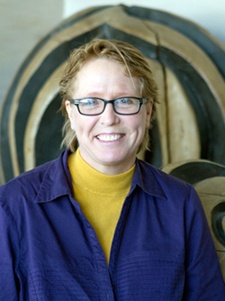 Wattum, 49, previously served as web information coordinator for the public affairs office. She has 22 years of experience at the University of Alaska in public relations, communications and marketing. She has also taught web design as an adjunct faculty member.

Wattum will replace Kate Ripley, who is taking a one-year leave of absence to join her husband, University of Alaska Fairbanks professor Brian O'Donoghue, for a sabbatical year in Pune, India, at Symbiosis International University, where O'Donoghue will teach journalism and online reporting. O'Donoghue has been named a Fulbright-Nehru Scholar for Teaching and Research at Symbiosis for the upcoming academic year.

"Kathleen will be responsible for the university's statewide communications with the news media and the general public, as well as for internal communications, marketing and public relations for the UA System, the Board of Regents and the president," Beam said. "As a native Alaskan and long-time UA employee, I feel confident Kathleen will provide steady leadership for UA public affairs in the coming year."