Since arriving in Alaska in 1969 to work in Bethel, Tina DeLapp, professor emerita and former director of the UAA School of Nursing, has advocated for nursing education throughout the state. Her enduring legacy and commitment to students remains engraved on a plaque outside the Health Sciences Building of the Tina DeLapp Lecture Hall, dedicated to her in 2011, and honors her “...tireless pursuit of nursing education excellence…” at UAA.

DeLapp’s teaching career in nursing began at Alaska Methodist College in 1975 before the school’s closure. She was instrumental in facilitating the transition of the nursing education program to UAA and has provided her leadership expertise in sustaining and shaping the program ever since.

Drawing upon her extensive experience working in rural and urban Alaska, DeLapp used her nursing network community to grow and enhance UAA’s nursing program, considering health industry needs and designing a curriculum specifically for nurses working in Alaska. Her diverse leadership roles throughout her 30-year career at UAA included working as a team coordinator, assistant, associate and full professor, and associate dean and director. Even after her retirement as director of the School of Nursing in 2004, DeLapp remained active within the program as an instructor and program coordinator, on search committees and offering her skills in preparation for a program self-study. DeLapp also founded the Recruitment and Retention of Alaska Natives in Nursing (RRANN).

Throughout her career, DeLapp remained heavily involved at UAA and in the nursing community by participating in professional development programs, providing her professional expertise through presentations across the state and nationally, and providing mentorship for School of Nursing students through thesis and dissertation committees.

DeLapp’s extensive reach and contribution to nursing education throughout Alaska are unparalleled. She has been honored with a number of awards, including her induction as a fellow into the American Academy of Nursing. In 2020, DeLapp, with fellow emerita UAA nursing faculty, established the Nursing Endowed Scholarship to provide tuition assistance and related educational expenses to students enrolled in a nursing program at UAA or any community campus across the state. Not only has DeLapp been an effective leader throughout her lengthy career, but she continues to demonstrate her dedication and commitment to expanding nursing education in Alaska for students now and for years to come.

During his time at UAA, Ernie Hall served as a member of the Chancellor’s Advisory Board for more than 10 years. As one of the few members to work with multiple chancellors, Hall helped reshape the board to move beyond providing community input to being more proactive in assisting the chancellor and university leadership to accomplish goals.

As a member of the Anchorage Assembly, Hall brought his leadership and business experience as the owner of his own furniture store since 1971. He was an early member of the Success by 6 board for early childhood development and continued his involvement with Best Beginnings. Additionally, United Way of Anchorage benefited greatly from his input on its board.

More recently, Hall almost single-handedly led the fundraising for the Anchorage Memorial Park Cemetery bell tower in downtown Anchorage. He has been a proactive voice for the Anchorage Park Foundation, which contributes about 20% of the funds and around 100,000 volunteer hours to Anchorage parks, trails and annual projects.

Hall’s various efforts have resulted in many awards and recognition throughout the state, including the title of Alaskan of the Year, a Mayor’s Distinguished Leader Award, a spot on the Top 25 Most Influential People in Alaska list, a First Lady’s Volunteer Award and the Anchorage Chamber of Commerce Gold Pan Award, among many others. Hall’s efforts to serve our community continue to this day.

The criterion for individuals to receive an honorary degree from the University of Alaska Anchorage is evidence of a significant and lasting contribution to the university, the state of Alaska or to the individuals' discipline or profession. It is UAA's honor and privilege to award Velma Wallis and Anne Zink an Honorary Degree.

Bringing the stories of Alaska to the world, the writing of Velma Wallis has broadened our connection with the wider community. Wallis draws from her Gwich’in Athabaskan tradition and upbringing, translating rare oral stories or sharing deeply personal experiences to weave tales compelling to contemporary readers.

Growing up in Fort Yukon, Wallis lived for years in her late father’s hunting cabin, subsisting on what the land and the river provided. Her mother taught her traditional skills and stories. These experiences form the basis for her best-selling books.

Wallis’ first book, 1993’s Two Old Women — translated into 17 languages — and second book, 1996’s Bird Girl and the Man Who Followed the Sun, were groundbreaking novels about Athabaskan struggle and survival. Wallis broke the mold for her third book, 2003’s Raising Ourselves, writing a memoir detailing her hard-scrabble upbringing.

Wallis was a recipient of the Western States Book Award in 1993, the Pacific Northwest Booksellers Association Award in 1994 and the American Book Award in 2003. Perhaps most importantly, Wallis’ books have given future Alaska Native writers permission to explore the traditions, legends and more critical aspects of their cultures.

In Alaska, during the COVID-19 pandemic, the hashtag #ThinkLikeZink was trending on social media and became the mantra of health professionals across the state as they looked to Anne Zink, chief medical officer for the Alaska Department of Health and Social Services (DHSS), for guidance. Zink’s in good company with other health leaders across the country, who garnered social media followings during the pandemic, but it was her calm demeanor, ability to communicate effectively and relatability in a time of uncertainty that earned her praise.

Working with state officials, she created effective, data-driven policies to successfully slow the explosive nature of the COVID-19 virus and helped coordinate a statewide vaccination campaign, which since for months was the most successful for the U.S. for per capita vaccinations, and to date Alaska has one of the fewest deaths per capita due to COVID-19.

Originally from Colorado and the daughter of doctors, Zink saw firsthand the transformative power of medicine. After earning her medical degree from Stanford University and performing her residency in Utah, she moved with her husband to Palmer in 2010 and began work as the emergency medical director for the Mat-Su Regional Medical Center. Focusing on improving patient health and cost savings to the region's most vulnerable residents, Zink helped create the High-Utilizer Mat-Su (HUMS) program. Even as the pandemic started to take hold at the end of 2019, Zink was still working shifts in the emergency room.

It was her emergency room experience that prepared her for the maelstrom the pandemic would leave in its wake. In an April 2020 Alaska Public Media article, Zink said her ER work allowed her to see the holes in Alaska’s health care system and policies. Her desire to make actionable change launched her into the political sphere and ultimately made her the best candidate for the chief medical officer at the state.

Zink subscribes to the “party of health” when asked of her political affiliation and her work leading the state through an unprecedented pandemic exemplifies her unwavering commitment to caring for Alaska residents in every corner of the state. 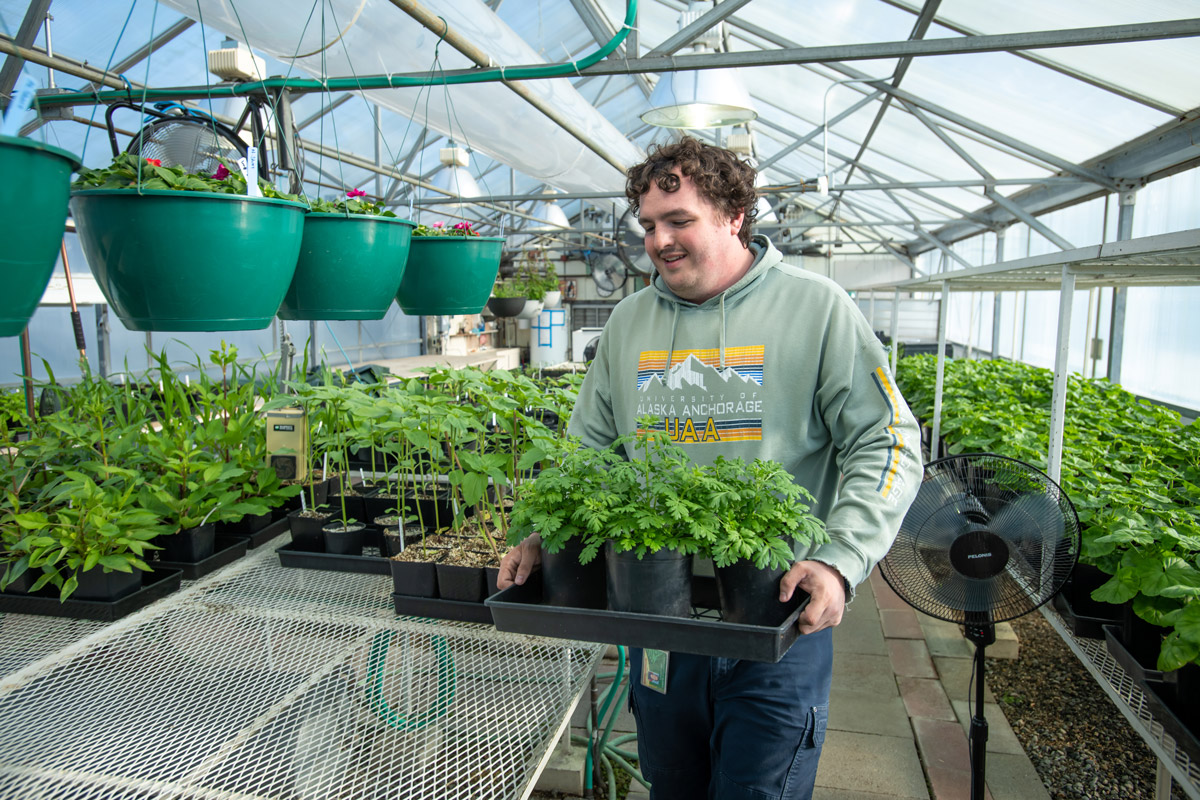 Slideshow: Springtime in the UAA Greenhouse 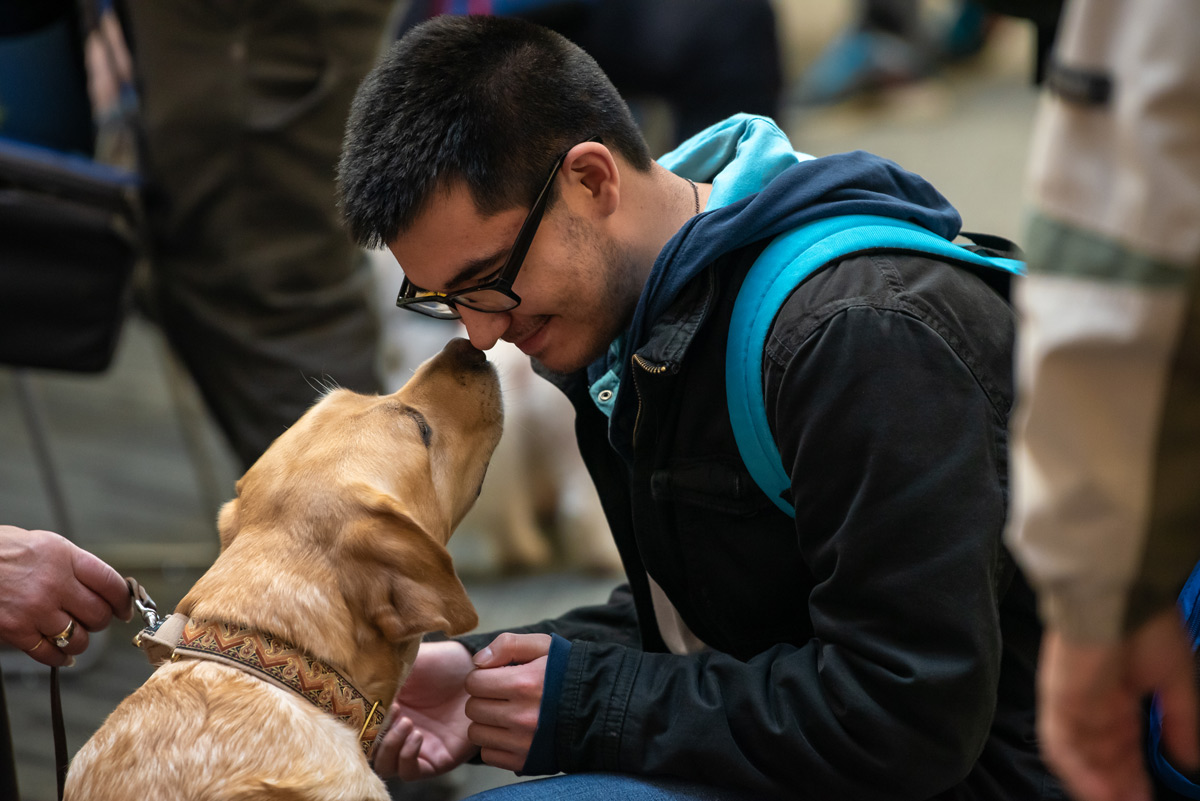 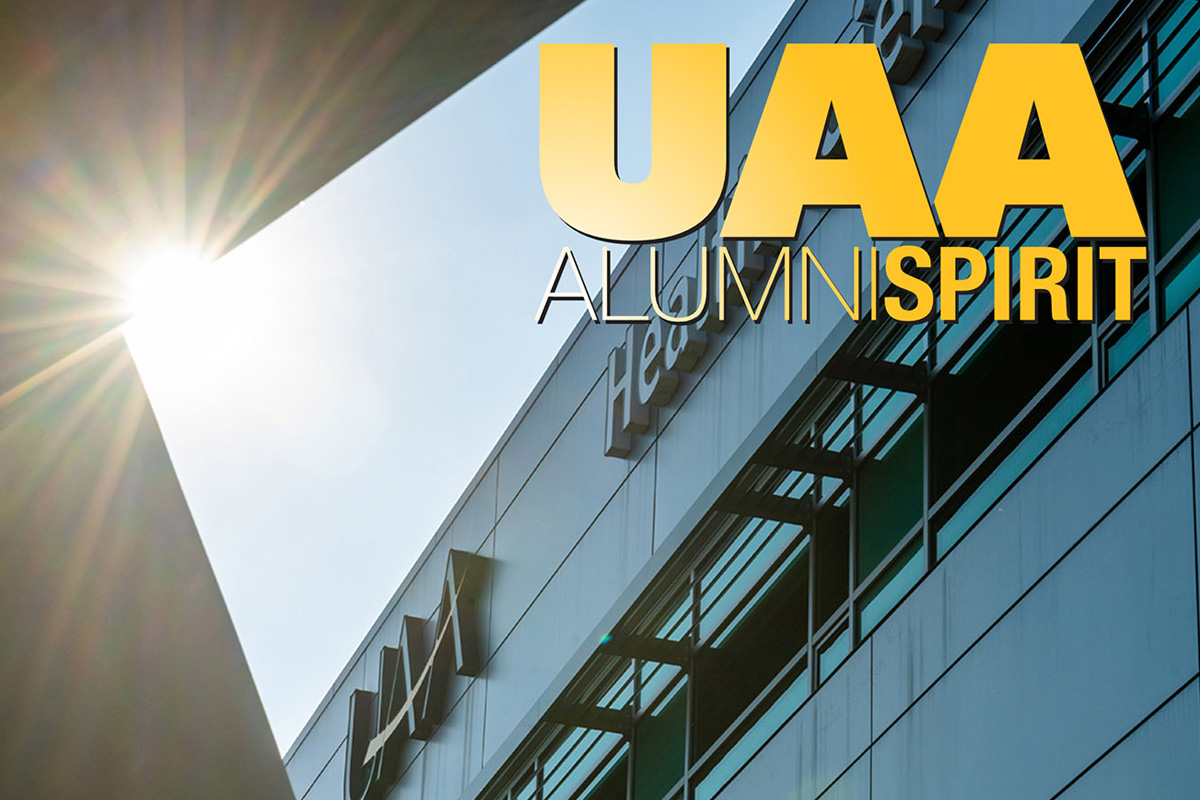 The spring 2022 edition of Alumni Spirit magazine is now available 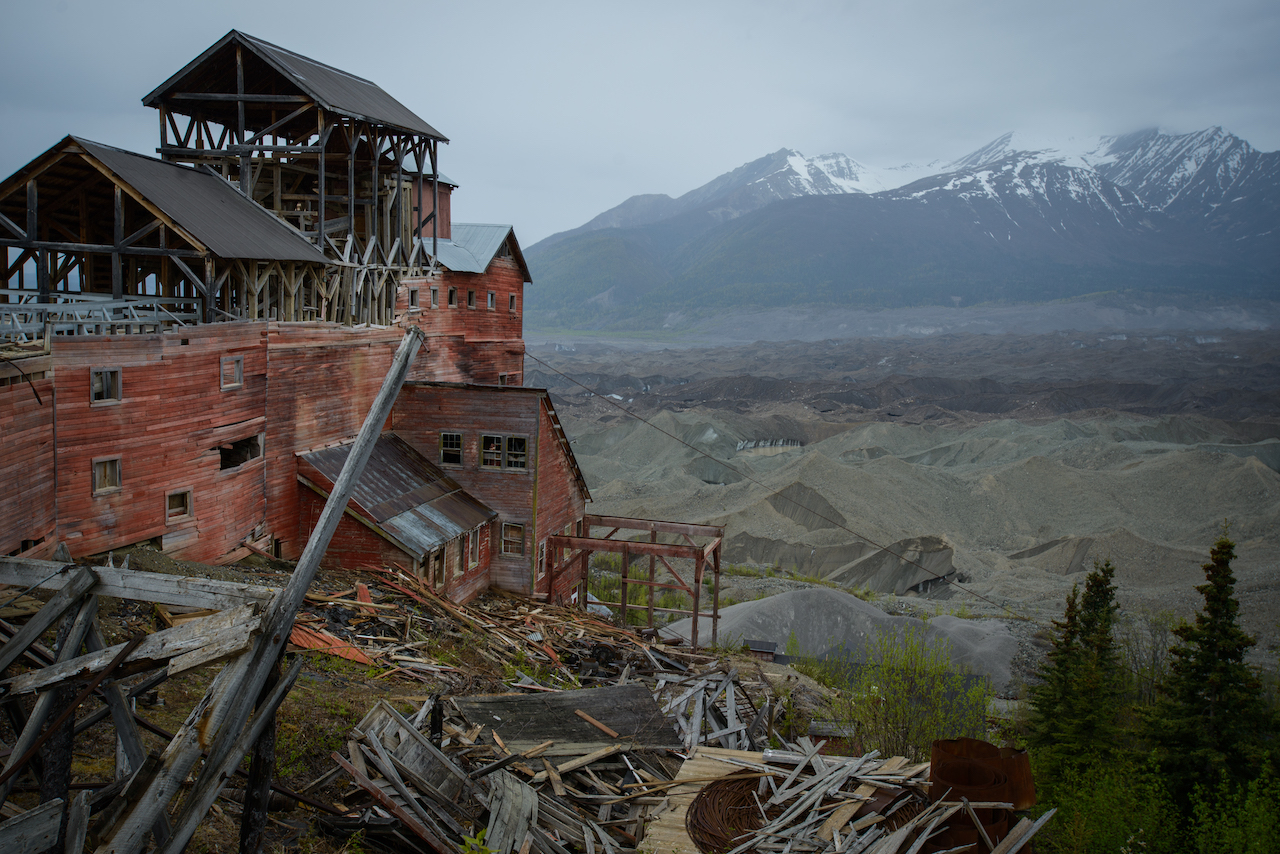 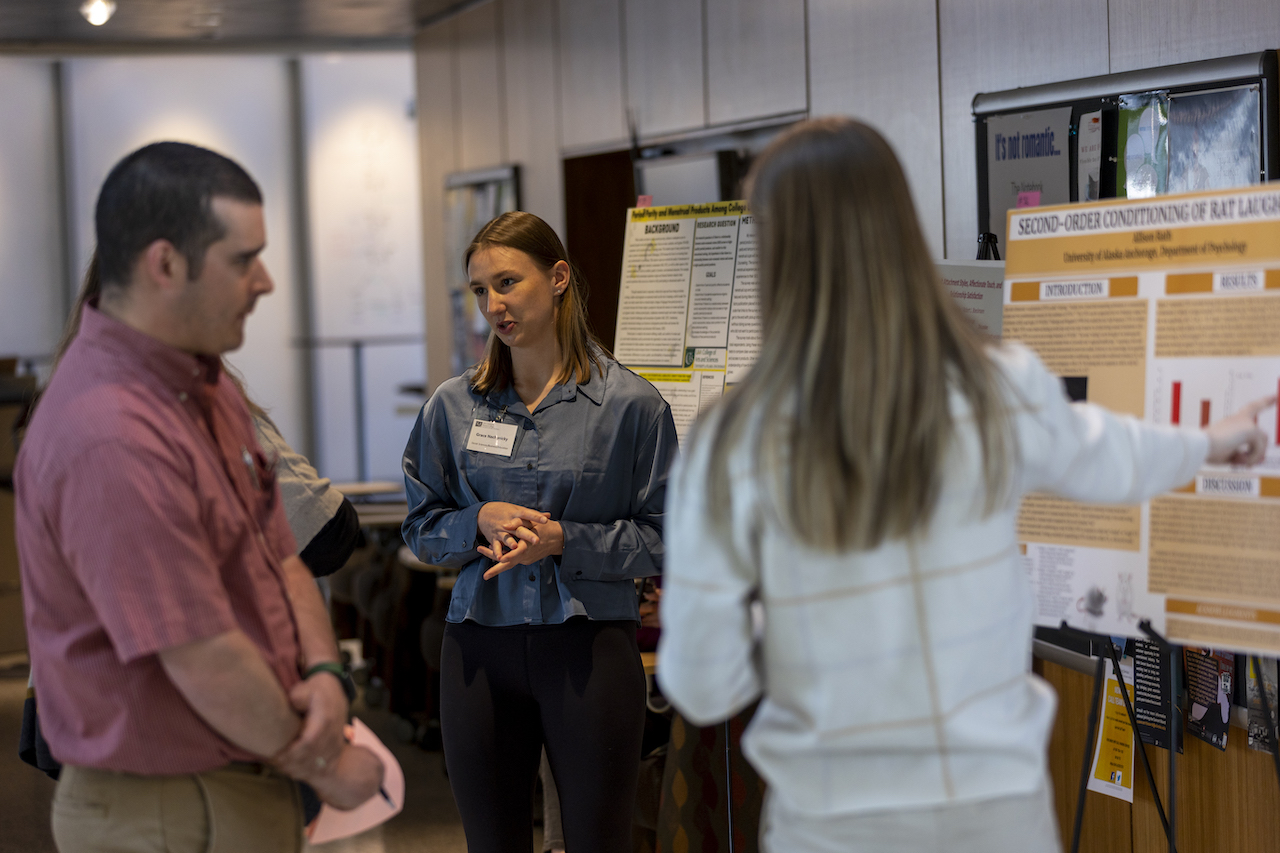