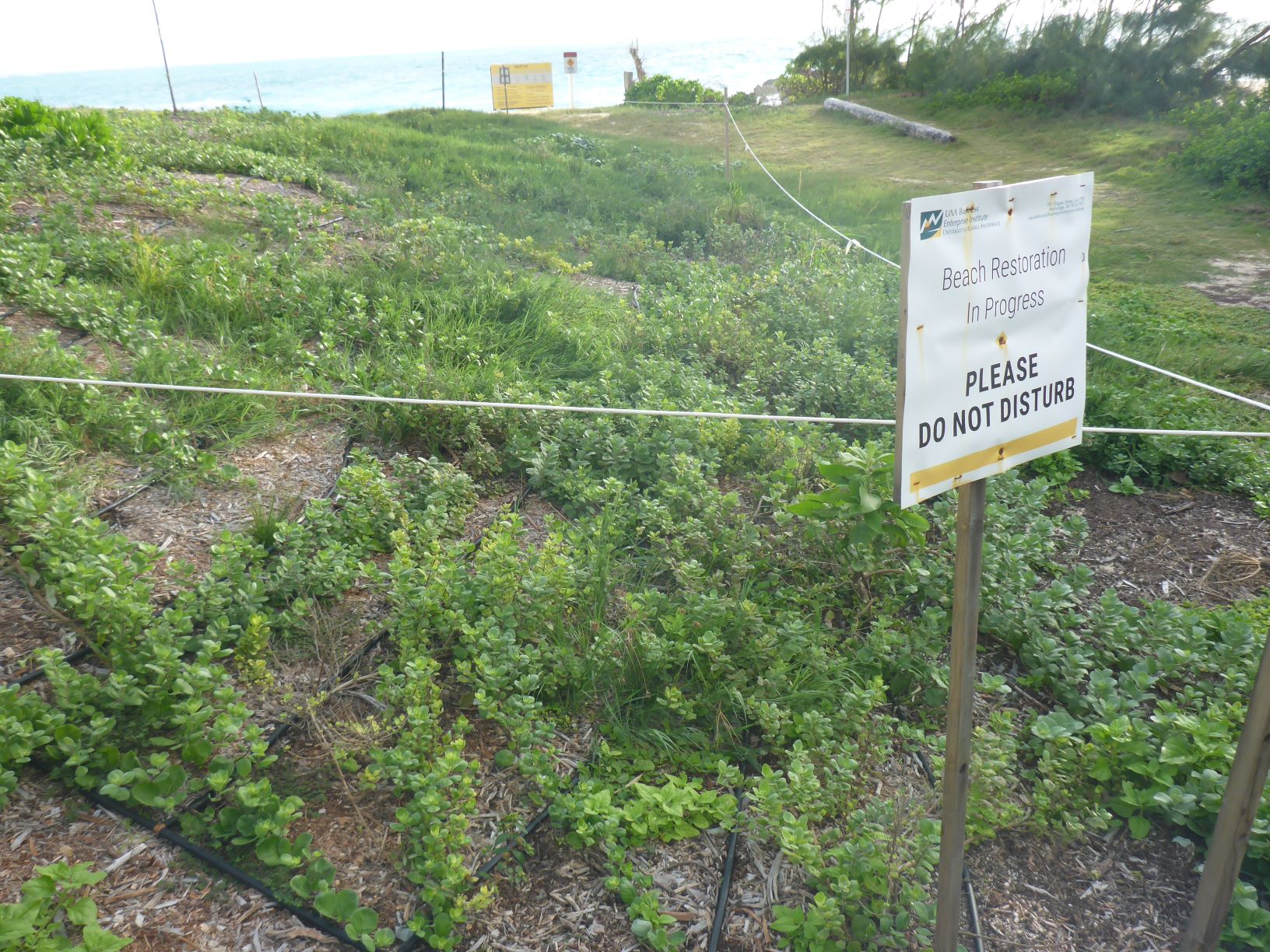 The common ironwood (Casuarina equisetifolia) is an invasive species found throughout the Hawaiian Islands. Once established, this species is extremely aggressive, densely rooted, and freely self-seeds in disturbed areas. It can inhibit the growth of native species by forming dense stands that smother its competitors under a heavy blanket of needle-like litter due to its allelopathic qualities. At BAFS, it grows predominantly along the coastal strand, and is especially problematic because it inhibits the establishment of groundcover conducive to dune restoration. Ironwood forests also populate areas inland from the coast, covering approximately 32 acres across the base, and continue to act as a seed source for coastal areas.

AERC removed portions of ironwoods along the coast and replaced them with upwards of 35,000 native plants, locally sourced and propagated, including aki, morning glory, apaka, (add more). These native species specialize in catching and holding the sand which provides a strong, natural barrier against the tide without constructing artificial barriers.