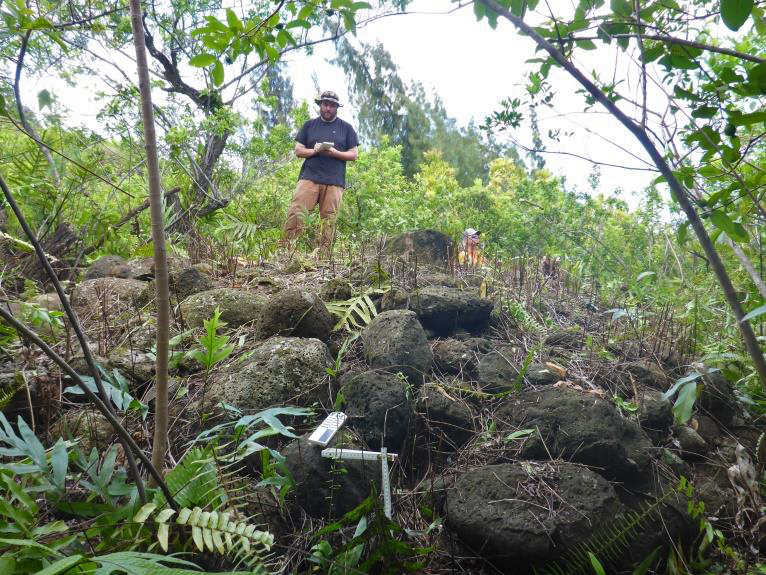 The Kahuku Training Area (KTA) is located on the windward side of the island of Oahu and is used by the U.S. Army for various forms of combat training. This part of Oahu was the site of many pre-contact Hawaiian settlements and the setting for some of the island’s earliest and best-known legends. From August 4 to September 1 of 2016, a team of AERC archaeologists from the University of Alaska conducted an intensive survey of selected portions of the training area, during which they documented 13 new archaeological sites and performed condition assessments at five previously recorded sites. Their findings included five traditional Hawaiian residential and agricultural sites, five postcolonial agricultural sites, one religious site, and six sites of undetermined affiliation. As a result of the survey, three new sites were recommended eligible for the National Register of Historic Places.