Do YOU want to be a CHANGEMAKER?

Our Mission and Purpose: To connect academic programs with community needs through the use of scholarship and action for the mutual benefit of the University and the State, its communities, and its diverse peoples.

Whether you are interested in environmental policy, arts, economics, or anything in between, civic engagement courses can help you broaden the reach of your professional and academic goals.

The Washington Center's Academic Internship Program allows students to spent a semester or summer interning in DC in an organization that best fits your interests, skills and professional goals.

Apply for an Internship

**As of Fall 2020 this award is now administered by the College of Engineering. Please contact them for current application dates or questions about how to apply.**

This award encourages UAA Engineering undergraduate and graduate students to disseminate engineering knowledge and practice for the benefit of society.  For this $2,500 award, student applicants will initiate a service project that solves engineering and technology-based problems in partnership with local organizations and under the supervision of a faculty mentor. 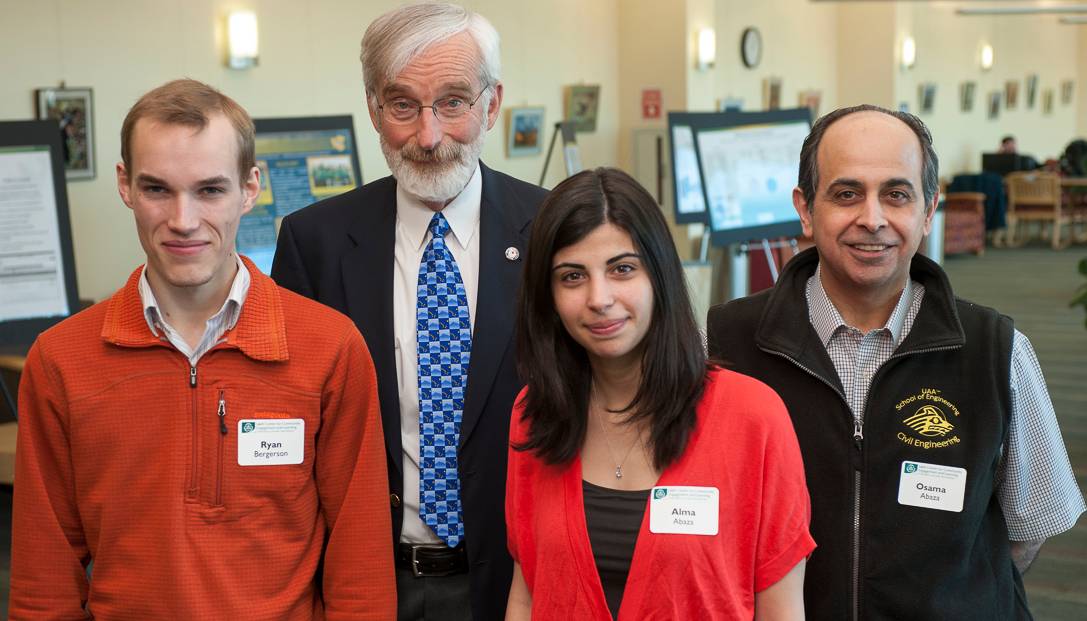 The Second Bridge Scholarship encouraged UAA undergraduates enrolled in any degree-seeking program to pursue a structured but non-traditional educational experience that expanded their educational horizons.  Crossing a second bridge required a commitment to either an international or a domestic setting that pushed the boundaries of traditional education and brought the promise of a richer and deeper experience.

Whether you are interested in environmental policy, arts, economics, or anything in between, a certificate in civic engagement can help you broaden the reach of your professional and academic goals.