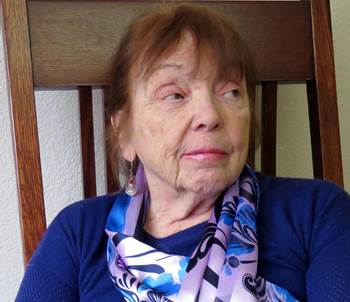 You'd be hard pressed to find a judge, attorney or journalist in Anchorage who doesn't know Sheila Toomey's name. She began her career in Juneau as a radio and television reporter, moving to Anchorage in 1980 to become host of the still-running Alaska News Nightly. That's where the Daily News found and recruited her.

As a news reporter, Toomey wrote about criminals and politicians - but also about real people in the Tales of the City column. She had a recognizable voice, an eye for detail and a commitment to storytelling that won her a devoted following.

Toomey was part of the Daily News team that won the 1989 Pulitzer Public Service Prize for "People in Peril," a series that broke the silence on the ravages of alcoholism and suicides among Alaska's indigenous people.

She won the 1991 Blethen Memorial Award for distinguished newspaper reporting, a 2005 High-Five award from Victims for Justice, and the 2014 Howard Rock First Amendment Award from the Alaska Press Club, as well as numerous other awards for reporting and writing. She has taught journalism at UAA and guest workshops for the Alaska Press Club and the Poynter Institute. As a reporter and editor, Toomey was a tireless advocate for stories that revealed funny, surprising and heartbreaking facets of the human condition. As an editor, she mentored a group of writers who continue to win state, regional and national writing awards.

For decades, Toomey was the voice of the popular Alaska Ear column, a source of intrigue, laughs and wry observations about life and personalities in our state. She wrapped up her final Ear column in 2014 with an observation borrowed from a fictional AI -- perhaps not that fictional anymore: "Even the most omniscient orifice realizes," she wrote, "'Everything that is happening now has happened before and will happen again.'"