Home
May
Coronavirus information
In response to the COVID-19 global pandemic, the University of Alaska Anchorage has taken steps to protect the health and safety of our campus community. Visit the University of Alaska Coronavirus Information website to learn how UAA and the university system are responding to this situation. Find links to communications, policy guidance, resources and information about the university's community restrictions, which apply to all faculty, staff and students. The UAA Student Health and Counseling Center remains open at this time to serve UAA students. For information about COVID-19 symptoms and current health recommendations, visit the CDC website and the Alaska Department of Health and Social Services.

Originally from Southern California, new UAA graduate and recent recipient of the U.S. Fulbright Scholarship to Spain, Alexis Harvey said she fell in love with the Spanish language early on in life. As a SoCal girl, she grew up with the language in her everyday life from going to the grocery store to in her own home, as her mother’s current husband is from El Salvador.

“You’re constantly surrounded by the language growing up down there — and especially around where I was growing up,” said Harvey, who recently earned her B.S. in natural science, a B.A. in languages with a concentration in Spanish and a minor in psychology. “When I got into middle school they had an introductory course. I ended up taking it in eighth grade through advanced placement — and got credit going into college — which was nice.”

The summer before graduating from high school, Harvey visited family in Alaska, instantly fell in love with the state’s beauty and knew she wanted to attend school here. She ended up applying to nine different schools, but when she was accepted to UAA, she knew she was heading north, although her area of study had changed and she intended to study nursing. Over her freshman year, she ended up switching her major about five times before settling on natural sciences and deciding to continue her Spanish language education.

“With a Spanish background, I kind of knew that would help me get through the health care field,” said Harvey. “I really do have a love of languages and hope to one day be able to speak multiple. Spanish is just kind of where I’m starting and I think starting it in middle and high school helped me to continue it in college.”

It was in Harvey’s very first Spanish class at UAA that she learned about the Fulbright program — a program she was not familiar with. But as her professor passed out information, she became intrigued and wanted to learn more.

“I remember asking him what it [Fulbright] was all about and he told me I should apply when the time comes,” Harvey said. It was something she tucked into her back pocket as a possibility for later in her college career as she was still in her freshman year, sorting out her major and had intentions of applying to various scholarship and post-graduate programs. “I wanted to have a ‘Plan A, B and C’ in case Plan A didn’t work out. I ended up applying to medical school this year in addition to the Fulbright, but I knew that if I got the Fulbright, I would be taking that opportunity.”

Harvey met with UAA’s Spanish coordinator, Patricia Fagan, who mentored her throughout the process, which, according to Harvey, is a lengthy one. Unlike other scholarships and programs, Fulbright insists that applicants have a razor-sharp focus for what they would like to achieve during their scholarship program.

“You have to be very specific in your intent,” Harvey said. In addition to teaching at the university level in Spain, she hopes to start a Red Cross chapter, and believes starting a chapter there will help the students get their foot in the door in the health care world. “I was very excited and nervous going into this. I knew that I wanted to teach at the university level — but of course, being an undergraduate — it’s really competitive to get something like that.”

Harvey and her professor made a plan, reviewing her academics, volunteer experience and extracurriculars and with some encouraging words, decided to “shoot her shot” and started the application process in July 2019. She spent about three months writing five essays, gathering letters of recommendation and taking a language assessment before finally submitting her application to UAA in September, the first of two major deadlines.

“I had an interview with a panel of faculty here at UAA and they had to submit their own review and recommendations,” she said. Her review panel asked her questions about her reasons for choosing Fulbright and offered feedback on her entire application. She said she was able to take their recommendations and make edits to her application before submitting it to the national Fulbright committee for review. “They’re very thorough in their recommendations.”

From there? It was a bit of a waiting game — did her years of academic work and the months-long process pay off?

For Harvey, the answer was yes. About January she learned her application had been accepted by the national Fulbright committee, which she was ecstatic at the news, but there was still one more hurdle to navigate before she was officially accepted into the program.

“They sent my application off to Spain,” Harvey said. She still needed to be accepted by her chosen host country and the university she applied to teach at during the program. “It was a long few months. COVID-19 hit, I had to move and there was just so much going on. It was about mid-April that I finally got the news that I’d been accepted. But even after that, it was still kind of like, ‘OK, what now?’”

Harvey was accepted in late spring, and now, with the entire globe in turmoil over a worldwide pandemic, she’s still not entirely sure how this will end up — especially with Spain being one of the major hotspots of the pandemic. She’s still excited, although her Fulbright experience will be shortened because of COVID-19, instead of leaving in September, she’ll leave in January.

“I’ve never been to Spain, never been to Europe and have also never left the North American continent — except for Hawaii — so it should be pretty interesting,” she said. “It’s going to be very different and the Spanish is going to be different. I’ve had a little exposure to it through a professor here, but it’s not the same as being totally immersed in it.”

"Fulbright graduate Alexis Harvey is off to discover a whole new culture " is licensed under a Creative Commons Attribution-NonCommercial 4.0 International License. 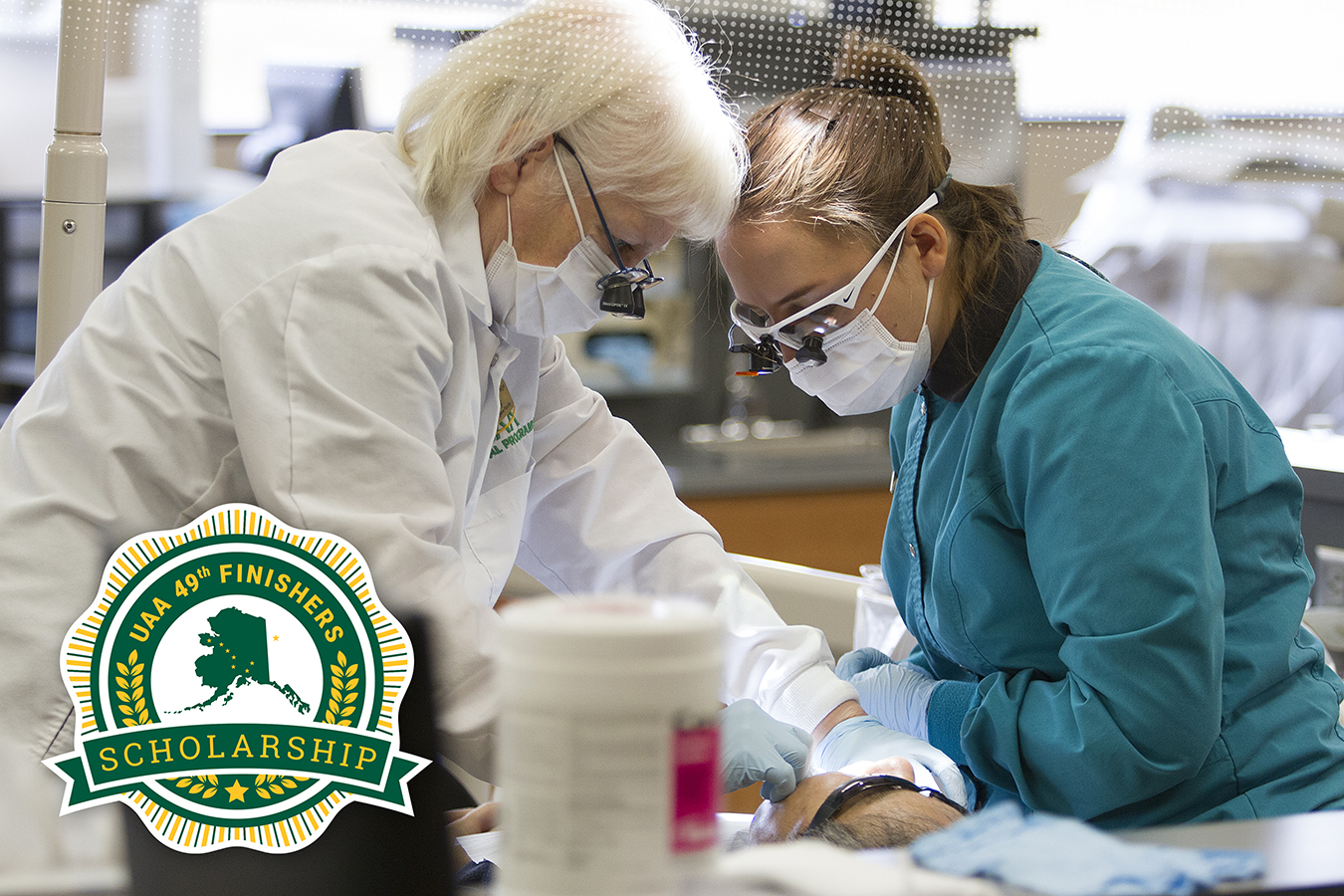 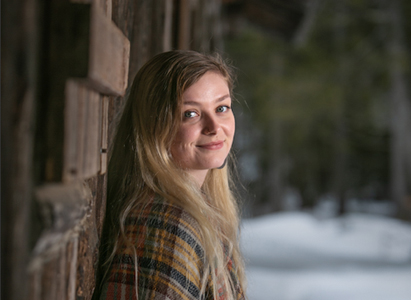 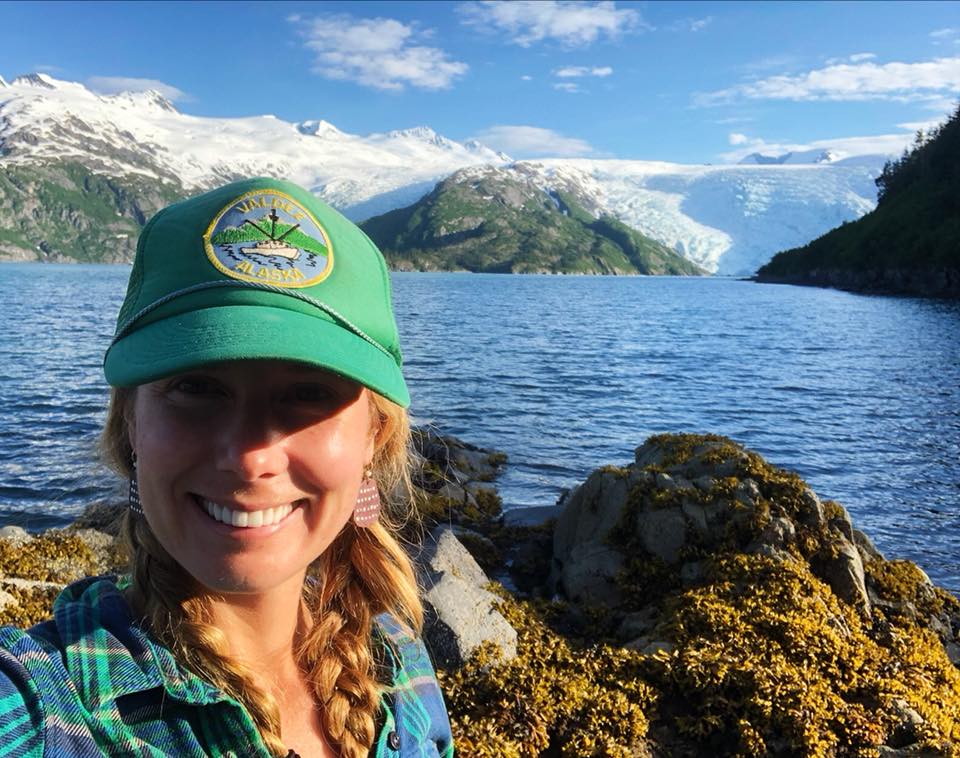 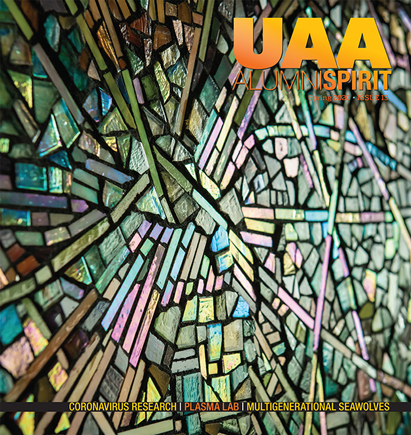 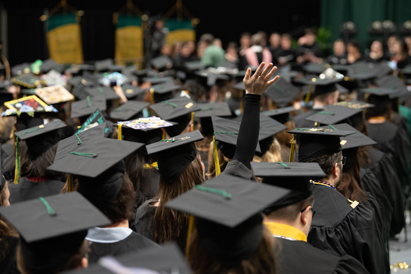 Congratulations to UAA's spring Class of 2020!