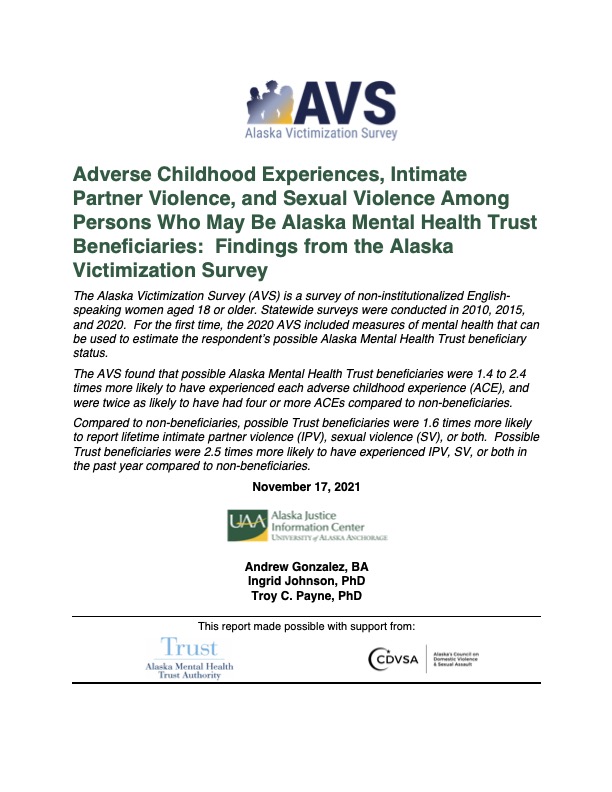 The Alaska Justice Information Center (AJiC) at the University of Alaska Anchorage has released Alaska Police Officer Use of Deadly Force: 2010-2020, a new report that compiles 11 years of casefiles from the Alaska Department of Law Office of Special Prosecutions (OSP) involving police officer use of deadly force from 2010 to October 2020, covering a total of 92 incidents, 100 citizens, and 295 officers. Until recently, little data existed regarding police use of deadly force. The FBI's National Use-of-Force data collection only began accepting data in 2019. This is the first time Alaska-specific data have been compiled and examined across a multi-year timespan—representing a valuable new resource for data-informed decision-making. 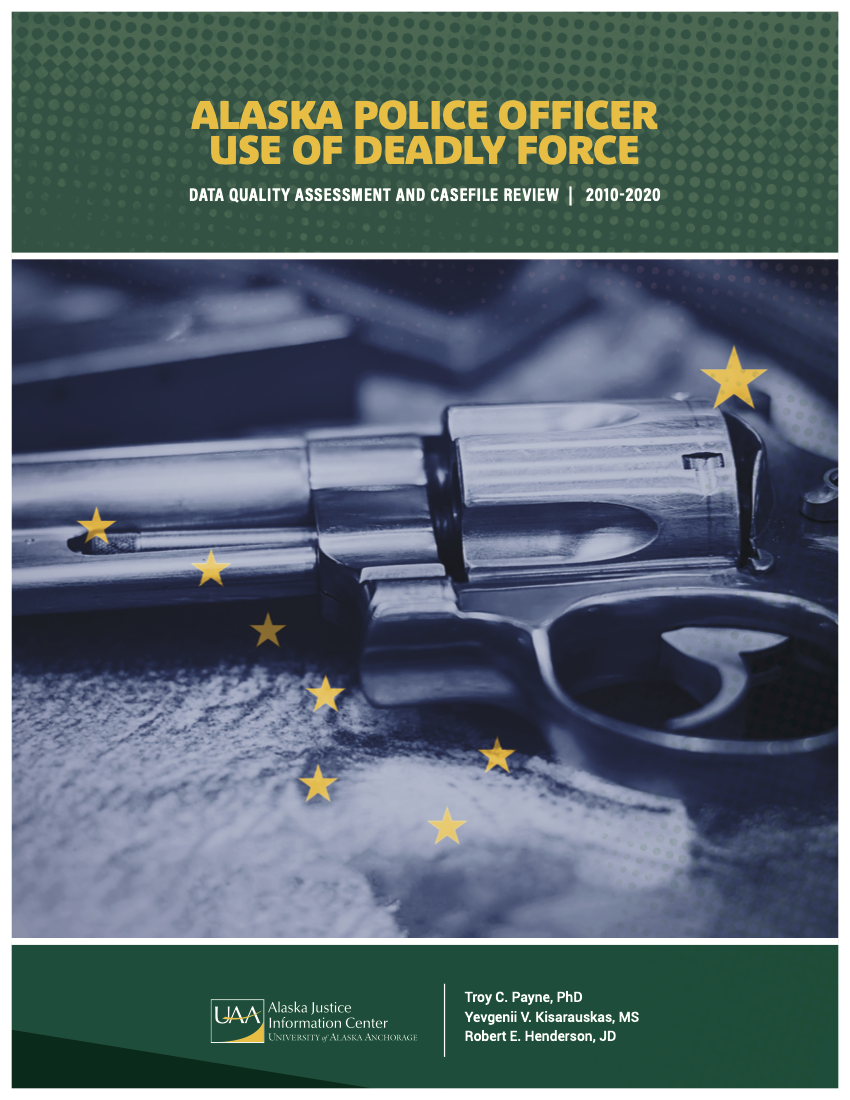 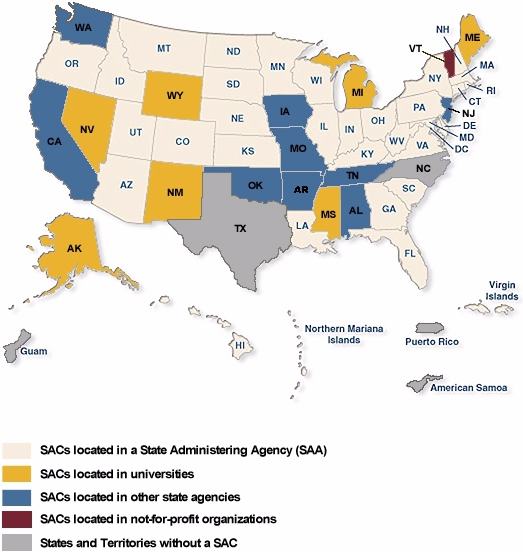 Since 1986, Alaska's statistical analysis center (SAC) has been housed within the University of Alaska Anchorage Justice Center. As Alaska's designated statistical analysis center, AJiC assists Alaska criminal justice agencies, as well as state and local government officials, with the development, implementation, and evaluation of criminal justice programs by collecting and analyzing Alaska-specific crime and justice statistics. As a designated SAC, AJiC also pursues funding opportunities provided by the U.S. Department of Justice, Bureau of Justice Statistics to pursue special projects and research initiatives to advance criminal justice policy and practice in the state.

There are currently 51 SACs located in the United States and its territories. AJiC is a member of the Justice Research and Statistics Association (JRSA), a national nonprofit organization comprised of SAC directors, researchers, and practitioners dedicated to policy-oriented research and analysis.

Benefit cost analysis is a type of economic analysis that compares the benefits and costs of policies and programs using dollars as a common measure of return. For example, the Pew-MacArthur Results First model for adult criminal justice assesses the costs associated with each adult criminal justice program, and the benefits to the state and crime victims achieved through recidivism reduction. Benefits from recidivism reduction include avoided criminal justice system administration costs (policing, courts, and corrections), as well as avoided costs imposed on crime victims.

Besides adult criminal justice, the RF model supports benefit cost analysis for programs in each of the following policy areas: juvenile justice, child welfare, education, health, mental health, substance abuse.  AJiC will use the compile-cost-compare process to adapt other components of the model to Alaska, resulting in an economic model that estimates the benefits and costs of programs using a combination of national and state-specific data relevant to each policy area. The benefit cost ratios produced by the model can be used to compare the monetary return on investment for programs within and across policy areas.