Four years ago, Erik Sheldon suffered the worst upheaval a 14-year-old could experience: His mother died. Addicted to alcohol for two years, she abruptly went sober because she didn't have money to buy whiskey. A seizure killed her. 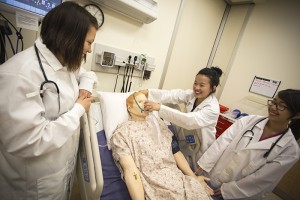 "She went cold turkey and her body didn't react well," said Erik, who is from Kiana but was living in Anchorage at the time. "It's been rough on me. I followed in her footsteps for a while and blamed myself for her death, that I wasn't able to get her to stop. I moved all over the state to get help. Treatment was really good for me. I learned ways to cope, and that's where life really flipped."

An aunt took Erik in, cared for him and enrolled him in the Galena Interior Learning Academy, a boarding school. An anatomy and physiology course he took there awakened an interest in health care and Erik graduated this spring, valedictorian of his class.

"My teacher back at Galena, a health science instructor, said I should apply because I was interested in the health field," Erik said. "I took her advice. I didn't want to just sit at home during the summer. I wanted to be productive with my summertime and stay out of trouble, learn something, get some work done, have a positive summer experience."

What the programs offer

The Della Keats programs are named for Della Puyuk Keats, an Iñupiaq woman with no formal education but an interest in human anatomy and folk medicine. She became a traditional healer in the Kotzebue area.

To be eligible, students applying for one of the programs must have a grade-point average of 3.0 or above in challenging courses, write an essay about why they want to become a health care professional, submit letters of recommendation and meet one or more of the following criteria:

• Come from an ethnic background that is underrepresented in medicine.

• Live in rural Alaska, off the road system.

• Be a first-generation American.

• Be the first in his or her family to go to college.

• Speak English as a second language.

For the students, ANCAP is almost identical to DK1. The three ANCAP students take part in almost all of the same classes and activities as the DK1 students. Two of their classes are, however, replaced with a psychology course, for which the students earn three hours of college credit.

To help students learn money-management skills before college, the Della Keats students each receive a stipend that's doled out in installments over the six weeks. Breakfasts are provided but students are expected to use their stipend to pay for lunches, dinners, entertainment and any other incidental expenses.

Dr. Ian van Tets, the director of the program, says the Alaska WWAMI School of Medical Education and grants from the National Institutes of Health (NIH) pay for DK1 and a grant from the New York Life Foundation funds DK2. The cost for each student to take the classes and live on campus is approximately $7,000, van Tets said.

"We're committed to making this a residential program, because without that, you can't have the rural students," he said.

Usually, DK1 enrolls a class of 18 students. When Alaska lawmakers cut UAA's operating budget this year, one of the effects was to chop away half of the money  DK1 would normally have received. With half the funding, only nine students could participate this summer.

"We're trying to open medical opportunities to Alaskans, so they can have the ability to serve their communities themselves-honoring Della Keats, trying to follow through with her traditions," van Tets said. "We'd never had to turn down an academically qualified Alaska Native student before, but because of the budget cuts, there were some good students who missed out this year."

Van Tets is searching for funding to address this shortfall and has applied for a three-year, $1.2 million National Science Foundation grant through its STEM (Science, Technology, Engineering and Mathematics) program. The grant would, if awarded, fully fund the program. The NSF has sent the application out for independent review and "we will know the result by the end of the summer," van Tets said.

Students in Della Keats learn skills in much the same way as medical students do, collaborating with each other on such things as diagnosing and treating manikin "patients." Instructors viewing them from another room can make the manikins "talk" to the students about their symptoms but otherwise don't get in the way as students make their assessments.

"We try to leave it to them as much as we can," van Tets said. "We're trying to get [students] to that group thing, because that's how medicine is done nowadays."

Tamija Woods finds teeth fascinating. She's felt that way since her freshman year, when she got braces, and wants someday to be a dentist.

"I feel like it's very important to keep your teeth healthy, nice," said Tamija, who will be a high school senior next year. "I just like teeth. I feel like it's the same with how medicine fascinates somebody. Teeth have just always been my thing."

Last year, Tamija was taking part in the Alaska Native Science and Engineering Program (ANSEP) acceleration academy and, while staying in a UAA dorm, ran into a friend who had enrolled in Della Keats.

"I saw some pictures she had posted on Instagram and Facebook [of when] she filled a tooth in," Tamija said. "I was like, wow, this is really cool, because I'm interested in dentistry. The following year, I applied for Della Keats and I got accepted."

"Medical terminology, that's helped a lot," she said. "It was fast-paced, a great experience. I'm still in the process of anatomy. It's different, a lot different, but I think it's all going well."

Job shadowing a dentist is an opportunity Tamija is looking forward to.

"I want to see if I'm actually interested," she said. "It's one thing to say that teeth fascinate me, but is this really what I want to do? Do I really want to be in someone's mouth, working that close to them? I think actually being there and seeing what a dentist does will just help me, because I don't want to start off four years in one path and not have any experience. I want to see and experience more, learn more."

Back when his mother was alive, Erik moved from Kiana to Anchorage because he wanted to attend a better school.

"My mom got her own apartment and I lived with her," he said. "We were here eight years and moved around a lot. I went to seven different elementary schools, four different high schools my freshman year. There were nights where I would have a paper due tomorrow and have to study, but she's up all night with her friends, partying."

Those days, Erik would be awake at 4 a.m., frustrated, because his mother's friends were loud and he couldn't focus. "I really cared about my schooling and education and her drinking got in the way of that."

Erik still sometimes stays up until 4 a.m., but now, it's because he's so absorbed in what he's studying.

"I didn't expect so much homework, but it's good because I learn, and over at the dorms there isn't much to do-they don't have TVs or anything," he said. "It just keeps me busy and motivated."

"We had the chance to work with cadavers," he said. "I like working with the body. With cadavers, I was able to actually see where everything's at and how it functions. I think the experience was good because it was an actual living person-I will actually get to work with this when I become a surgeon. I'm not sure what kind of surgeon I want to be-hopefully I'll figure that out sometime soon-but I've learned that I really am meant for the medical field, that this is the place for me." 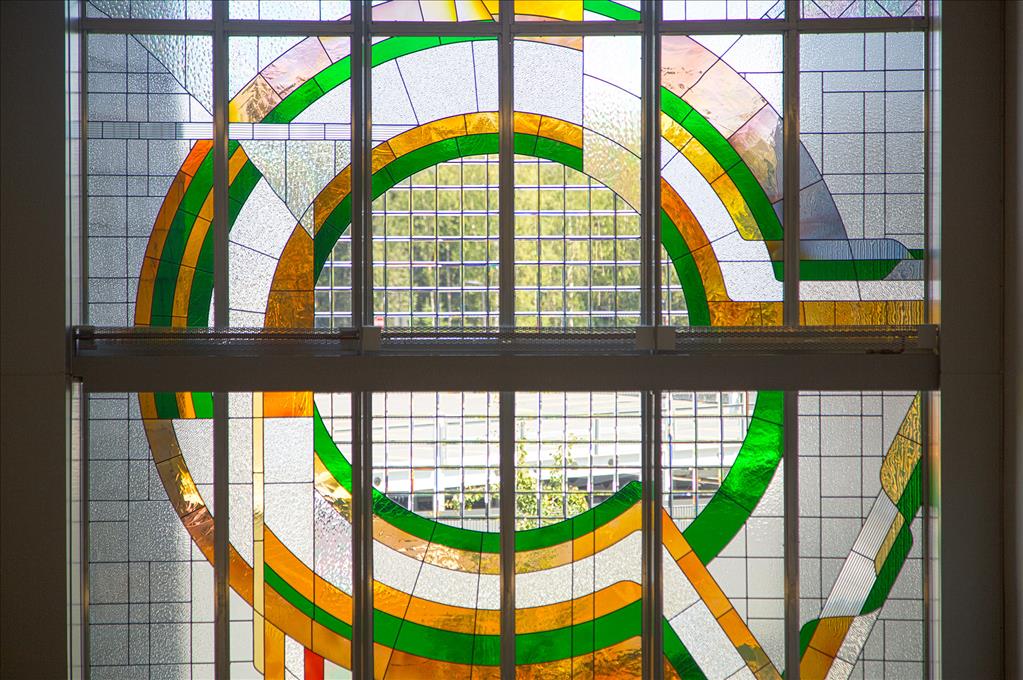 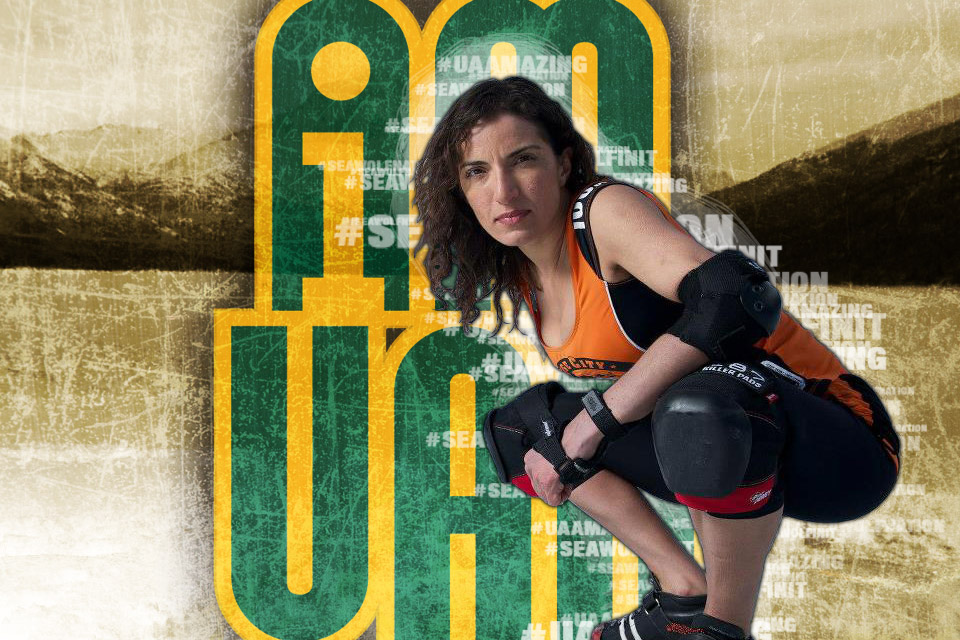 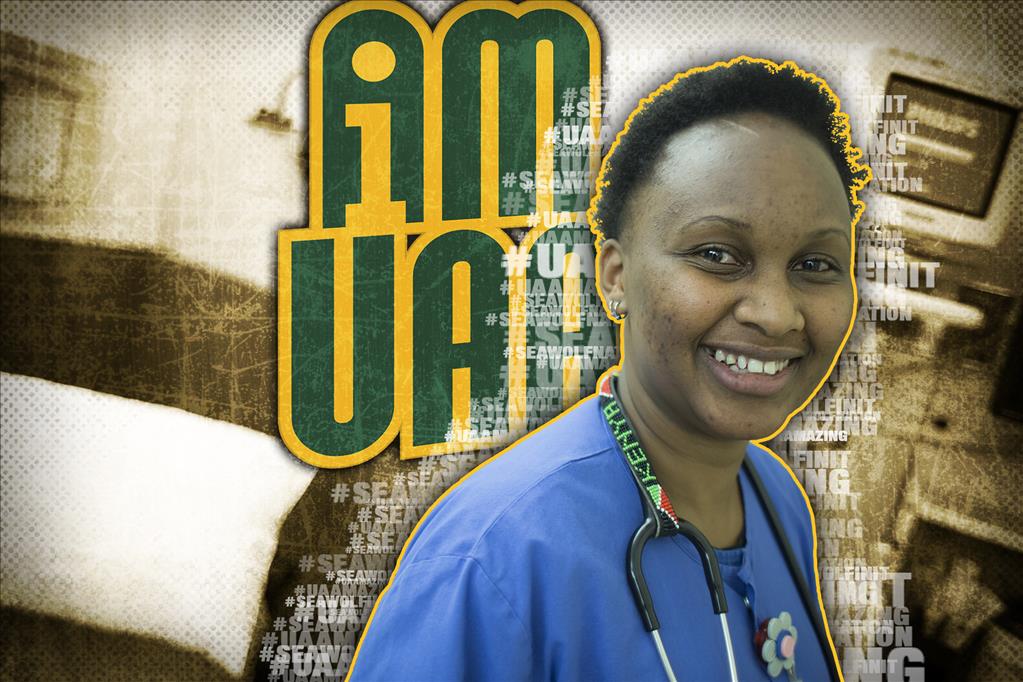 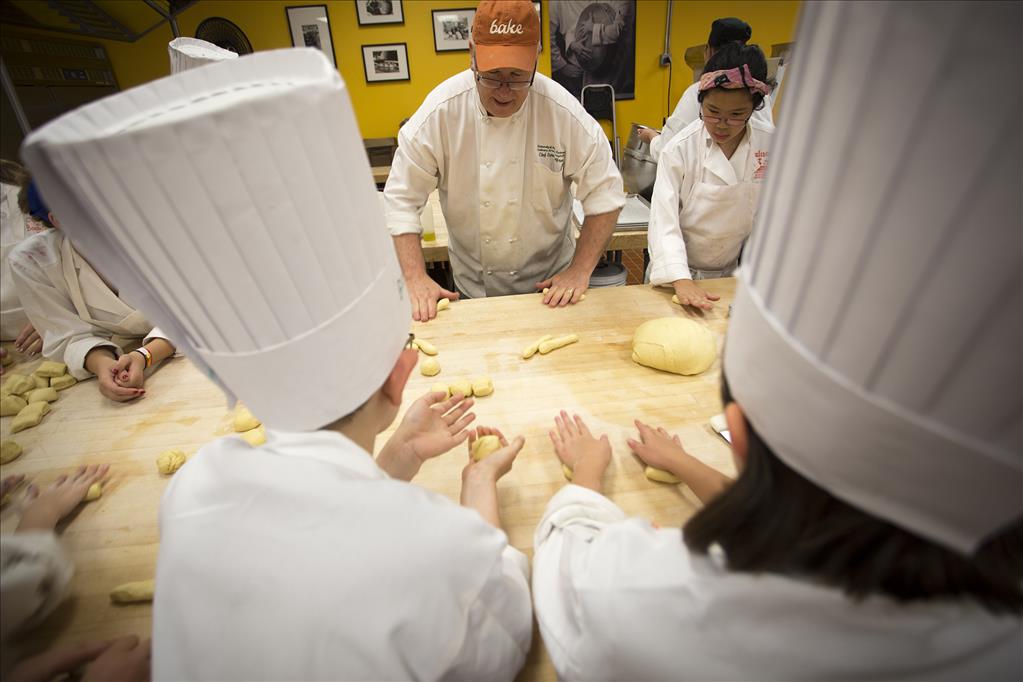 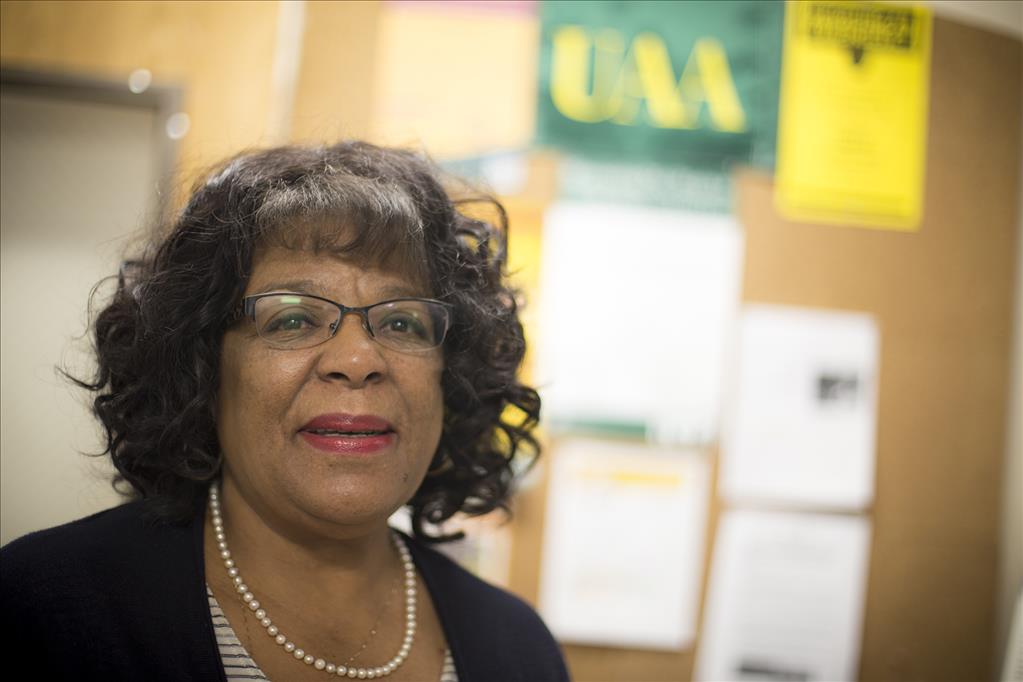