Arctic Valley is beefing up its hardware to change the ski scene in Anchorage, and UAA students are part of that vision. Bring on the diesel.

Last fall, a group of first-semester freshmen worked on a fault-prone snowcat for the volunteer-staffed ski area. That partnership not only saved the nonprofit significant money on repairs, but gave first-year students immediate career experience.

Working on a snowcat for class? What could be more Alaska than that?

Harry Need, M.P.A. '13, is the man behind that partnership plan. As a ski patrol volunteer and former board member of Anchorage Ski Club, he has big visions for his home slopes. If the ski club can provide reliable artificial snow, Arctic Valley could become a championship ski venue.

"We could have Seawolf skiers standing on a podium in a spot where they can actually see their own campus," Harry energetically explained. A premier peak high above the rain line could also make Alaska a ski destination on the World Cup, with full hotels in winter and premier slopes in the backyard.

The big problem: Anchorage Ski Club is a nonprofit, and operates Arctic Valley mostly with volunteers. Funds are tight, but the enthusiasm is high. That's where UAA's diesel tech program comes in.

After successful talks with the UAA ski team, Harry worked with the College of Engineering to add Arctic Valley's snowmaking dream to the list of senior capstone projects. After a year of effort, seven engineering seniors submitted their multi-stage infrastructure plan in a 129-page document (available online). They even filled out city permits to access the area water.

But making snow and moving snow are two different problems. For the grooming solution, Harry approached the diesel program. 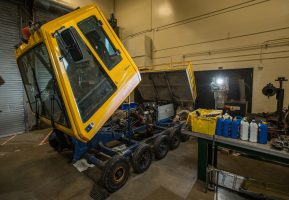 "I started thinking, Well, we got a diesel program and we've had so much success in building our partnerships and relationships with the ski team, and engineering knocked it out of the park, well maybe I should call up [diesel tech] and see what the professors have over there for projects."

Turns out the department already had a class tailored to Anchorage Ski Club's request: ADT 153, Medium/Heavy-Duty Diesel Engines. In this introductory course, first-semester freshmen start work on massive machines in their first few weeks at UAA.

Assistant Professor Chip Defendorf assigns teams to various diesel projects. Students often work on demonstration engines, but Defendorf brings in community partners when possible (this semester, students also worked on a failing fire truck from Anchorage Fire Department, which will be donated to the volunteer crew in Seldovia when completed).

Anchorage Ski Club dropped off the snowcat in the UAA garage and paid for parts throughout the semester. Three students worked on the snowcat, unfolding the vehicle like a drawbridge to access the mechanical systems. They first removed the 8.3-liter Cummins engine to diagnose the vehicle's problem.

"The initial concern was they were complaining of an overheating issue, there was coolant, leaking oil," said Nick Kough, a diesel tech student, of their initial assignment. Digging into the snowcat, his team found coolant pooling where it shouldn't be, leading them to diagnose a leaking head gasket.

Though the coolant leak was the primary problem, the students also worked on the oil pan, cooler lines and the whole mechanical system. While other students worked on classroom demos, Nick and his team furthered a project that would eventually leave the garage. That added a dose of realism and responsibility.

"I like this class in particular," Nick said, "because you can apply what you learned from the book and from class to practice." 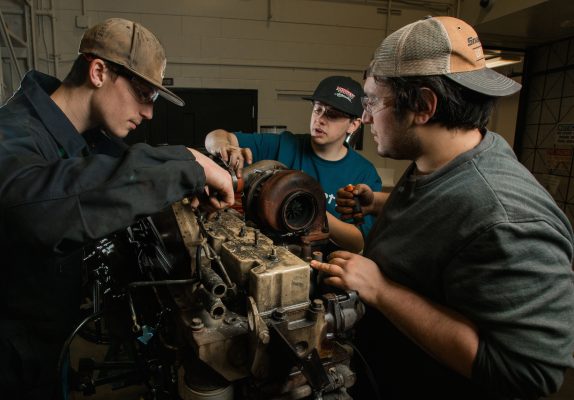 Thanks to UAA, Arctic Valley is moving closer to welcoming the world's top skiers. The partnership gave first-semester students immediate career experience, but also saved the nonprofit ski club an estimated $20,000 in professional repairs. Anchorage Ski Club can now use those savings to fund other necessary upgrades as they continue reinventing Arctic Valley.

Another crew of students will work on the snowcat this spring, part of ADT 267: Heavy-Duty Diesel Engine Performance.

When it's ready, the snowcat will return to the slopes. "What a great resource for the university to be able to work with little nonprofits," said Harry, who first brought up the partnership.

"And all this was just off an idea: What does the university need and what does the community need, and what can we do together?" 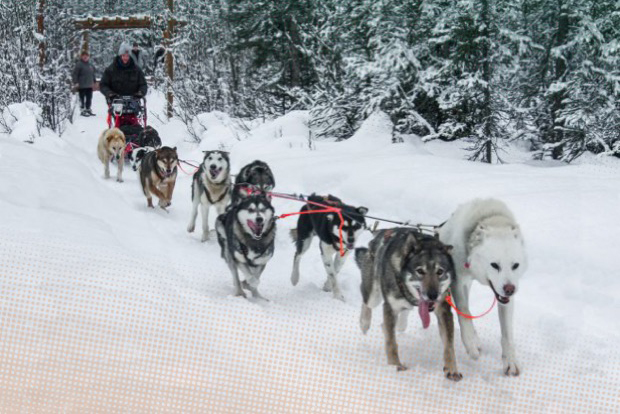 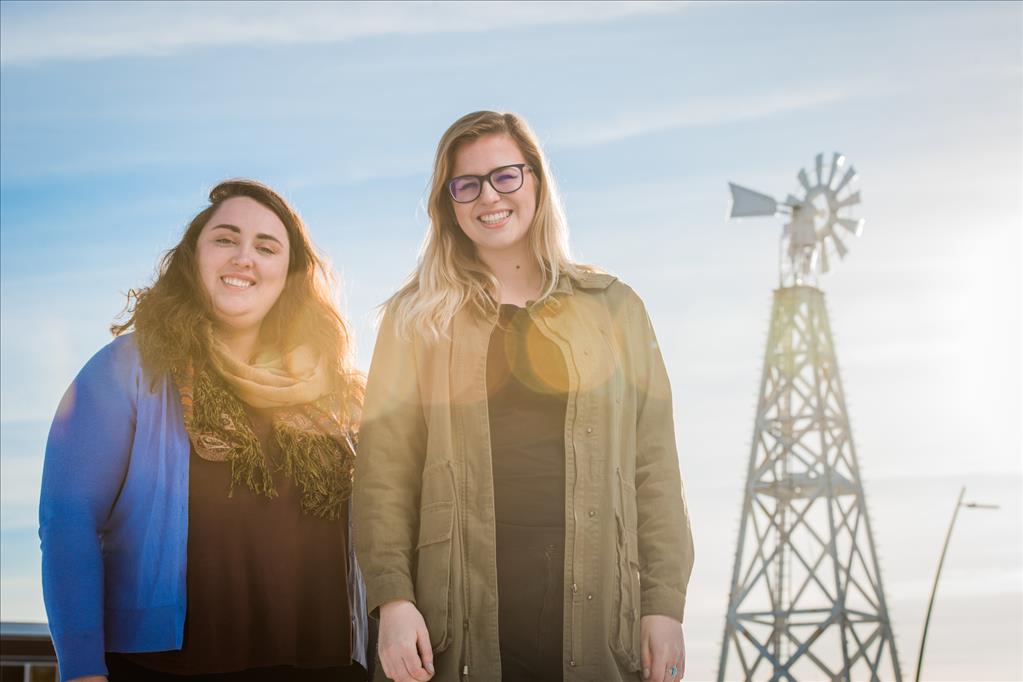 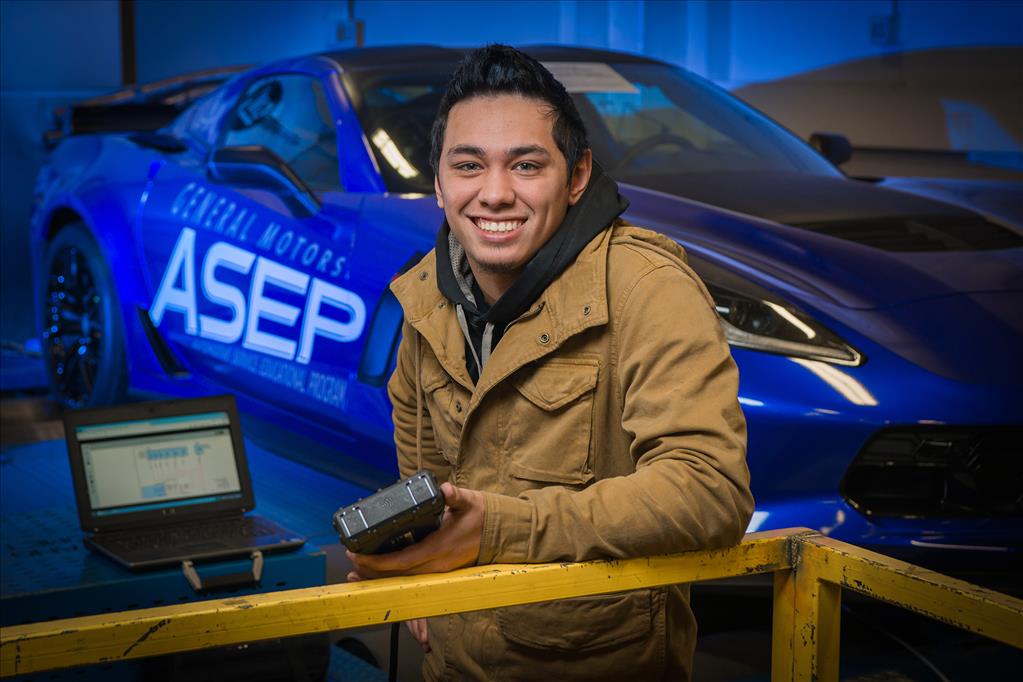 Studying horsepower in the digital age 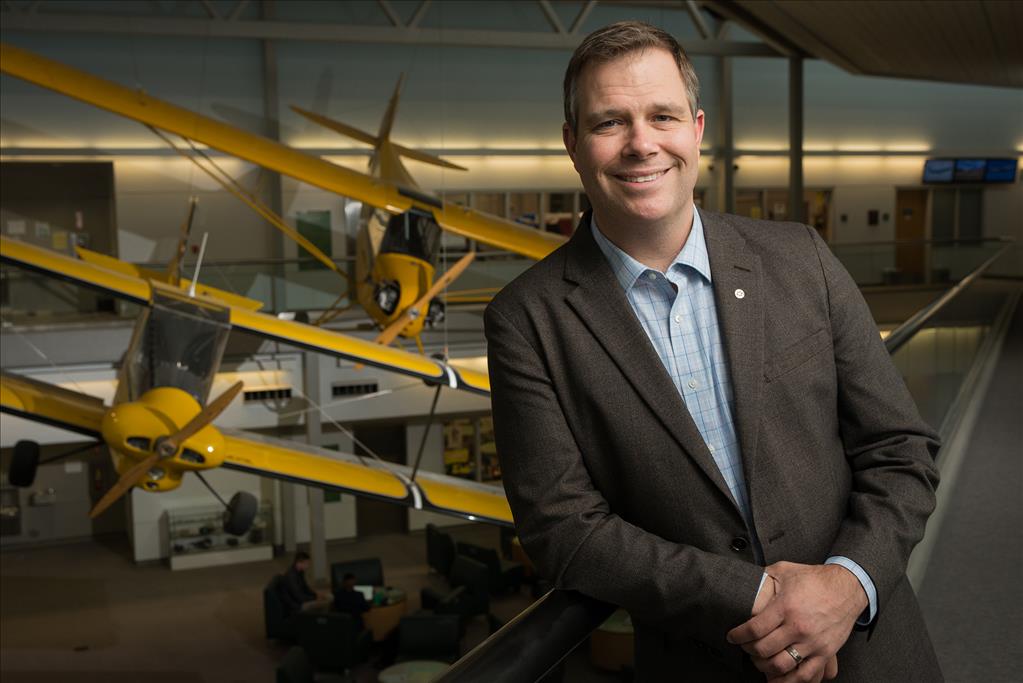 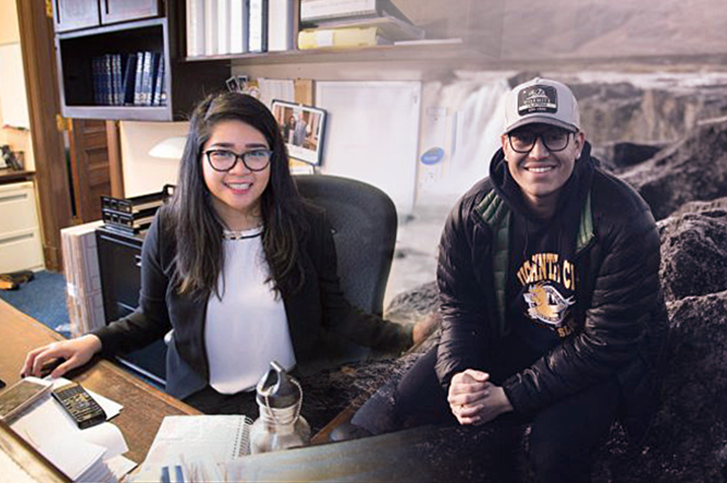