Amid the grid of parallel streets in Anchorage, snaky Spenard stands out.

Originally a winding dirt road between downtown and the dancehall on Lake Hood, the street of Spenard - and its namesake neighborhood - remains a little offbeat, a little awry, and plenty misunderstood.

"I think when Spenard is in the news a lot, it's for a negative reason, or an artsy reason, but there's so much more to this neighborhood than that," said Victoria Petersen, who launched a hyper-local news blog The Spenardian as part of her UAA journalism capstone last spring. Now, her friend and classmate Sam Davenport is enrolled in the capstone course and planning to turn that blog into a physical magazine for the neighborhood.

To transition their stories from blogging to binding, Victoria and Sam are hosting a launch party on March 1 at Spenard's Church of Love. Based on the amount of community partners involved, you'd be forgiven for thinking The Spenardian was some well-heeled publication. In reality, it's simply two UAA students with one big idea, and a supportive community at their back.

When Victoria enrolled in the capstone course - a graduation requirement for journalism and communication majors - she knew she wanted to focus on her neighborhood. Several generations of her family have lived in Spenard. Her great-grandparents' homestead still stands behind Bosco's comics store. 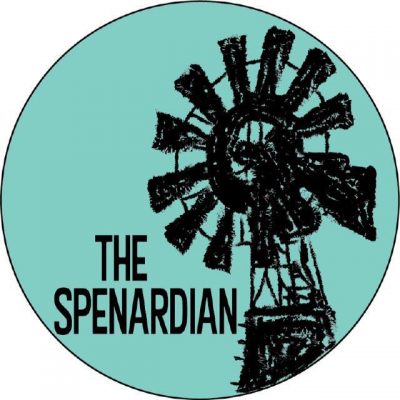 Last spring, she completed the site's first 15 stories and launched a website and social media accounts. Sam, who also lives in the neighborhood, started contributing stories last summer. The site is now stocked with restaurant reviews, windmill history, and profiles spotlighting the neighbors, like the forage-garnish cocktail crafter and the taxidermy beetle baron.

The two are now hoping to turn their blog into a quarterly magazine, available in shops across Spenard. It's a big task, but they're well versed in the business of journalism. They both work for the UAA student newspaper The Northern Light (Sam is editor-in-chief; Victoria is copy editor). They've also both interned through UAA at Alaska Public Media and Anchorage Daily News (then Alaska Dispatch News). Outside of school, they've contributed stories to publications including Alaska Magazine, Edible Alaska, and that other hyper-local Anchorage outlet, Mountain View Post.

Through their industry experience, they crafted a manageable plan for The Spenardian: print a few hundred copies on an independent budget, then identify advertisers for issue two.

"It's hard to sell something that you can't physically see," Sam noted. "We wanted to have an actual magazine first."

A beautiful day in the neighborhood 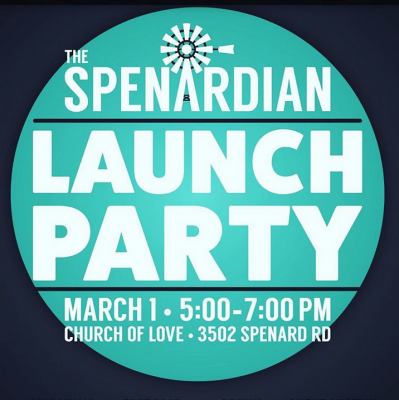 Join Victoria, Sam and the rest of Spenard at 'The Spenardian' launch party, a March 1 fundraiser to get their hyper-local writing in print. (Image from instagram.com/thespenardian)

An independent budget also meant they could throw a party.

The pair approached the Church of Love - a community arts space and Spenard landmark - about hosting a fundraiser with local food, music and a silent auction. Director and UAA alumna Candace Blas was immediately on board.

That's been a common response across the neighborhood as Victoria and Sam built their event. Bear Tooth, The Magpie and alumni-owned Dipper Donuts are donating food; Spenard Roadhouse and Aquila Coffee will supply drinks. The Pinata Shop is providing a palm tree piñata, in honor of Paradise Inn, and Denali Dreams is donating Spenard Road asphalt soap scrubs. Talk about hyper-local.

The pair posted the event to their Spenardian Facebook page and, through simple sharing and unsolicited support, the event reached 14,000 people.

"I think this community - in Anchorage, but Spenard in particular - is very community-oriented and they want to help each other out," said Victoria.

"Our expectation of the party going in was just a nice little social event, and it's kind of blown up on us in a crazy-exciting way," said Sam.

They see their magazine as filling a need in Anchorage, and not just for the 30,000 residents of the neighborhood. Major local media aren't resourced to share stories and nuances at a neighborhood level even though, based on the response, that's clearly what people want.

"We're covering what people can't cover," Sam noted. "Just the reception so far, without even having the event, has been overwhelmingly positive."

For Victoria and Sam, The Spenardian is entertaining, encouraging, and a creative outlet from their editing roles at The Northern Light.

But it's also essential. "Alaska almost lost its main paper, which is why this is so important," added Victoria.

Together, they're hoping their homework lives on for years.

The event is free, and donations are accepted. All proceeds will support the quarterly hyper-local magazine. Event info is available on Facebook.

"Students celebrate the stories of Spenard" is licensed under a Creative Commons Attribution-NonCommercial 4.0 International License.