Construction management junior and track star makes his own runway 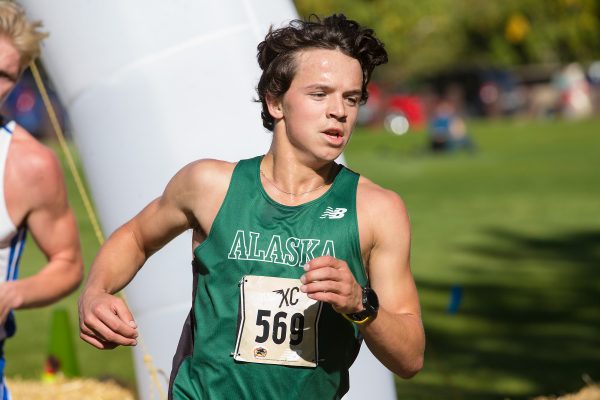 Kaleb Korta is a runner for UAA's cross country and track and field teams, and a junior majoring in construction management. (Photo courtesy of UAA Athletics)

Thankfully, the airport in Galena, Alaska, works a little differently, which is a fact that UAA construction management junior and track and field runner Kaleb Korta has used to his advantage ... for the most part.

"It's kind of a funny story," begins Korta. "There was a new cop in town. He didn't know that my dad and I trained at the airport. It was a hot day, so I was running with my shirt off. He didn't see my dad there, he just saw a half-naked kid running toward the runway. So he came out with his lights and everything. It was just miscommunication, but we talked and I got to finish my workout."

What the new officer learned was that Korta and his father used the airport runway to train in track and field in the spring due to it being the only tarmac in Galena. It's a routine they have practiced since Korta was a high school freshman, and one the close-knit community of 472 inhabitants, according to the U.S. Census Bureau in 2017, is familiar with.

Born in Skagway and raised in Galena, Korta began running in middle school with the cross country team, but decided to pursue it more seriously when his father offered to coach him in preparation for high school and college. Korta was in capable hands. Both his parents were accomplished cross country and track and field runners while attending the University of Minnesota before obtaining their teaching certificates and moving to rural Alaska.

"Some kids have their parents as coaches and there's just not any joy in it," Korta explains. "My dad was giving me the tools to succeed, and it was more of a two-way street than a lot of coach-athlete relationships are. It was cool, more like friends." 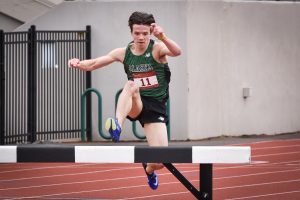 Korta spent his high school years training for track and field on the airport runway in Galena, Alaska, a city of 472 people located 270 miles west of Fairbanks. (Photo courtesy of UAA Athletics)

It was Korta's father who recommended that his son train as a track and field runner - a program Galena High School did not have - to become a more competitive athlete when applying to colleges. This effectively doubled Korta's training regiment, as cross country and track and field occur during separate times of the year and require different exercises.

During the autumn, Korta competed with the high school cross country team, which focused more on long distance running. Come springtime, he would train with his father - and would eventually be joined by his friend Jacob Moos - on the airport runway to bolster his track and field performance, which emphasized faster times across shorter distances.

Even more impressive is the fact that somewhere in the middle of all that training, Korta still found the time to obtain his private pilot's license, giving him a more fitting reason to be at the airport runway.

The added training paid off. When it came time to apply for colleges four years later, Korta had built an impressive resume of accomplishments, among which include four state titles and nine regional titles in track and field, two state titles in cross country and being named Alaska's Gatorade State Boys Cross Country Runner of the Year for the 2015-16 season.

After researching dozens of universities and communities in Washington, Oregon and Colorado, Korta decided that he wanted to keep things close to home.

"In the end, I felt that Alaskan pride and wanted to run locally," he says. "Galena is a tight-knit community and everyone follows you and knows what you're doing. Anchorage definitely gave me that feeling after high school." 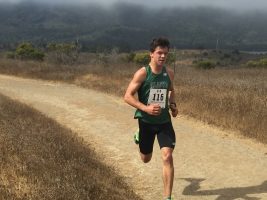 Korta is a second-generation runner. Both his parents were accomplished cross country and track and field runners for the University of Minnesota before acquiring their teaching licenses and moving to rural Alaska. (Photo courtesy of UAA Athletics)

Along with the hometown feel, another element that factored into Korta enrolling at UAA was a recommendation from a like-minded friend. Originally planning to pursue an engineering degree, Korta's friend suggested the university's construction management program might be a better fit, himself having recently transferred there from engineering.

"He said the program included some engineering, but then it had another component as far as managing the whole construction process," recalls Korta. "I really like building things and helped my dad build our house in Galena. In rural Alaska, there's a lot of construction, so that's something I've been involved with and enjoy."

Even though Anchorage is the first place Korta has lived outside of Galena, located 270 miles west of Fairbanks along the Yukon River and only accessible by a 19-seater Beechcraft plane, he's no stranger to life in a big city as he frequently travels to Wisconsin and Minnesota to visit family.

Instead, what was new for Korta was having a team of fellow dedicated track and field runners he can rely on.

"Back home for track, it was just me and then Jacob [Moos]. There was nobody before or after us," he shares. "Now it's pretty cool that we've got 10 guys that we can run with every day that are going to push us. It's like a brotherhood. We're all in this together working toward the same goal. When things come together and you make it happen as a team, it's a really special moment."

"Construction management junior and track star makes his own runway" is licensed under a Creative Commons Attribution-NonCommercial 4.0 International License.