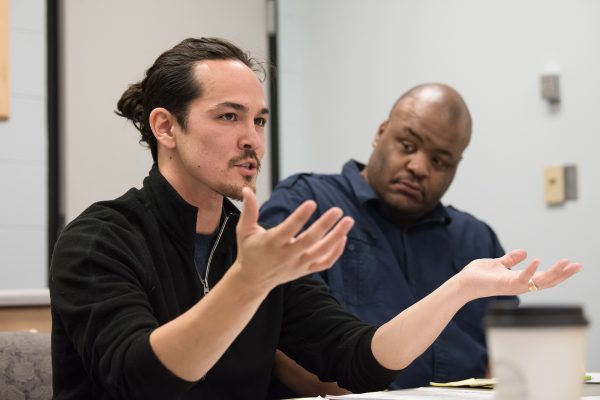 Nationally food insecurity across university and community college campuses has become a growing concern. Many groups and organizations have started collecting data, and reporting that somewhere between 30 to 50 percent of college students experience food insecurity, which is characterized as one's ability to access and afford food.

University of Alaska Anchorage staff and faculty have also recognized this issue through their various roles and work on campus - which has recently coalesced as a grassroots campaign to raise awareness and combine efforts, and is being lead by Kojin Tranberg, UAA's Commuter Student Programs coordinator.

For the past three years, Tranberg through his coordinator role in the Commuter Student Resources Office has been observing this, especially through the Daily Den program, which he oversees. The Den, on the ground floor of the Student Union, serves as a space for students to gather, study, meet for projects or just relax. Additionally, the Daily Den offers free snacks to any student who presents their university ID - which Tranberg, after tracking Wolf Card punches, noticed a recurring pattern among a group of students - they never missed a Daily Den snack.

"For a fair amount of students, this is a free way for them to get food," said Tranberg. "That work has really been the catalyst for starting conversations on campus around food insecurity." Tranberg said that some students have confided in him that the food offered during these sessions are the only meal they get during the day.

A meeting of the minds 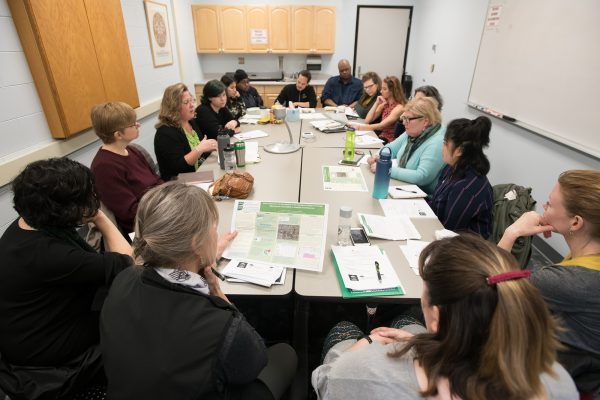 Coincidentally, Tranberg was not the only one with this issue on his mind. When he received an invitation from a national group to watch a webinar on food insecurity on college campuses, he thought he would educate himself, but one of his student workers encouraged him to open the webinar to the rest of the campus community, and the response surprised him.

"Each person [who showed up to watch the webinar] in their own way anecdotally mentioned that this has been a concern of theirs," Tranberg said. The core group with representatives from Housing, Dining and Conference Services (HDCS), Student Health and Counseling Center (SHCC), TRIO and Parking Services started organizing to explore opportunities to create a more formal way to address UAA's approach to food insecurity and homelessness on campus.

Serendipitously, CARE Team coordinator Lisa Terwilliger was simultaneously leading a group of staff, faculty and community members around student homelessness. Kathi Trawver, associate professor in the School of Social Work, and Travis Hedwig, assistant professor in the Department of Health Sciences, had also collaborated on a project to survey UAA students experiencing food insecurity and homelessness on campus.

"Last year was just this crazy storm of people being like, 'You're doing it too? I'm doing it too! We're doing it too - we should all do it together!'" Tranberg said. "It was fantastic! Each in our own way, we were all addressing this issue in our scope of capability, but there was a need to organize a little better."

This fall the small core group came together, forming the Hunger and Homelessness Support Network (HHSN) - what Tranberg calls a grassroots effort to raise awareness of food insecurity and homelessness on UAA's campus. Their HHAN is not officially sanctioned by the university, but he hopes with continued research, data and collaboration that they can become a more official entity. 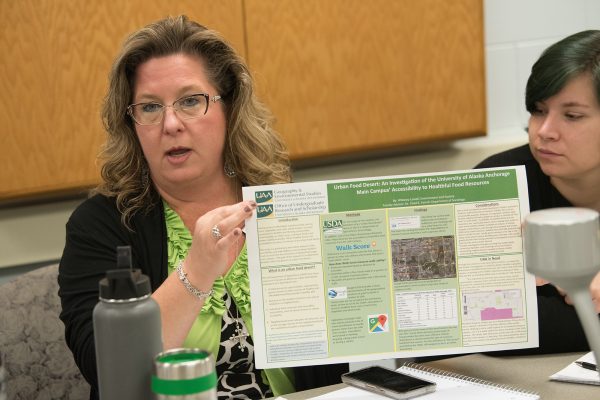 "I think what really resonated with a lot of us from that webinar, was the that the dollar amount that makes or breaks a student staying in school or dropping out, was about $300," said Hannah Guzzi, health promotion specialist in the Student Health and Counseling Center (SHCC). "For somebody who doesn't have a lot of money that's a lot, but in general, if that's the make or break for someone to stay in school, what kinds of things can we be providing for just $300?"

The SHCC has been providing about a three-day supply of food, known as the Emergency Food Cache, for UAA students for quite some time. Students experiencing food insecurity can pick up a bag from SHCC once a month of already prepared or easy to prepare packaged foods.

"This is all funded through the UA Foundation, where people have graciously donated knowing their money is going to feeding students who are potentially struggling or in need of food," said Guzzi.

For Jennifer Spencer, a social work senior working with the campaign, she was personally invested because as a student she had experienced hunger and homelessness herself.

"I wanted to create awareness that homelessness is happening on our campus," Spencer said. "A lot of people, when they think of homelessness, they think of people living on the street - but it's not always like that." For Spencer, she spent time sleeping on friends' couches until she was able to save up enough to get back on her feet. She says the Hunger and Homelessness Support Network's grassroots effort to raise awareness on campus is important because she knows there are a lot of students who are like her, quietly going to class and living paycheck-to-paycheck. She hopes in the future, UAA will not only provide emergency food services, but housing as well.

"Anything could happen to knock the whole balance of your life off," said Spencer, further explaining that some of the biggest challenges are overcoming people's ideas of what homelessness and hunger looks like and that most likely, it doesn't fit the stereotypical picture.

HHSN is still in its beginning stages of surveying what is needed, what is possible and who else can contribute to the network's goal of helping combat hunger and homelessness on UAA's campus. Efforts across the university have combined to help support students who may be experiencing food insecurity or homelessness in a way that hasn't been done before.

Tranberg said he's not sure what will happen next, but is glad that he's working with a group to help students become successful while attending UAA, students like Spencer who are on track to graduate in the spring.

"I just want to remove the stigma of homelessness and give students a point of contact, or at least someone to talk to - you don't have to suffer in silence," Spencer said. "We talk about people 'slipping through cracks' and that we can't reach everybody, but I think we can. I honestly feel like we have the power to do that, we just have to put in the work."

"Combining efforts to raise awareness of hunger and homelessness at UAA" is licensed under a Creative Commons Attribution-NonCommercial 4.0 International License.