As a teenager, Jennifer O’Neal, human services alumna and spring 2021 graduate degree hooding ceremony student speaker, wasn’t sure if she would or even could pursue higher education. Due to personal struggles, the gifted middle school honor student found herself uninvested and underperforming when she began high school.

During her junior year, O’Neal enrolled in a credit recovery program to get back on track. Behind the scenes, her guidance counselor submitted an application on her behalf to the UA Scholars Program, which awards scholarships for any University of Alaska campus to students who rank in the top 10% of their Alaska high school class by the end of their junior year.

O’Neal’s hard work — and her counselor’s confidence — paid off.

“Suddenly I found myself asking what I could do to advance myself,” said O’Neal. “Then I got this letter in the mail saying I was getting a full ride to UAA. It was really a shock to me and my whole family.”

Thanks to the opportunities granted by the UA Scholars Program award, O’Neal originally decided to major in journalism, expanding on her inquisitive nature and love for reading and writing. However, she soon switched her major to human services after taking a particularly revelatory psychology class.

“People tend to gravitate toward solving their own life problems, sometimes through their work or their interests,” said O’Neal. “Because I come from a family that struggled, pursuing human services and social work helped me gain a better understanding of myself and validate those experiences. Then as I was healing myself, I was also developing the skills, knowledge, tools and resources to help other people in a similar position.”

After earning her associate degree in human services in 2004, O’Neal jumped right into the field while continuing to work toward her bachelor’s degree, joining AK Child and Family — formerly Alaska Children’s Services — as an activity therapist and eventually becoming a case manager.

Ultimately, O’Neal’s goal is to inform decisions involving housing transition-age youth between the ages of 14 and 24, many of whom experience homelessness during the course of five years after aging out of foster care.

“There are a ton of children services and adult services, but not a lot of services for youth who are in between, especially when you look at housing,” said O’Neal. “They go from being highly supported housing-wise and then turn 18 and have nowhere to go. Those young people are coming from really hard places, like foster care, child welfare, juvenile justice and youth behavioral health programs. They all have different needs and services meant for the general adult population don’t typically serve young adults well, and holding an expectation that young people in these situations simply get a job and find an apartment doesn’t fit their needs either."

A few short years after O’Neal completed her bachelor’s degree in human services in 2006, an opportunity at Denali Family Services became available, one that allowed her to work directly with the youth she was so passionate about helping.

Through her position as transition-to-independence process supervisor, O’Neal witnessed firsthand how some of the factors contributing to the housing issues faced among transition-age youth were part of larger systemic issues, necessitating her return to UAA in 2019 in pursuit of a Master of Social Work.

“Working with youth for long periods of time, I would see their navigation through the system and I began to have a bigger picture,” said O’Neal. “Seeing there were all these contributing factors, if those could be addressed it would reduce the number of youth who need the services we provide. There was a broader thing going on and I needed to know more to understand it.”

As spring 2021 graduate degree hooding ceremony student speaker, O’Neal hopes to spread a message of cultivating curiosity and continuing education, which she plans to do by pursuing her doctorate.

“At the base level it means to continue learning, but it also means holding space for conversations with an open mind instead of judgment,” said O’Neal. “If everyone held a little more space for curiosity, we might be able to have the kind of conversations to solve world problems. That's a really big idea, but it's a simple ask to just be curious.” 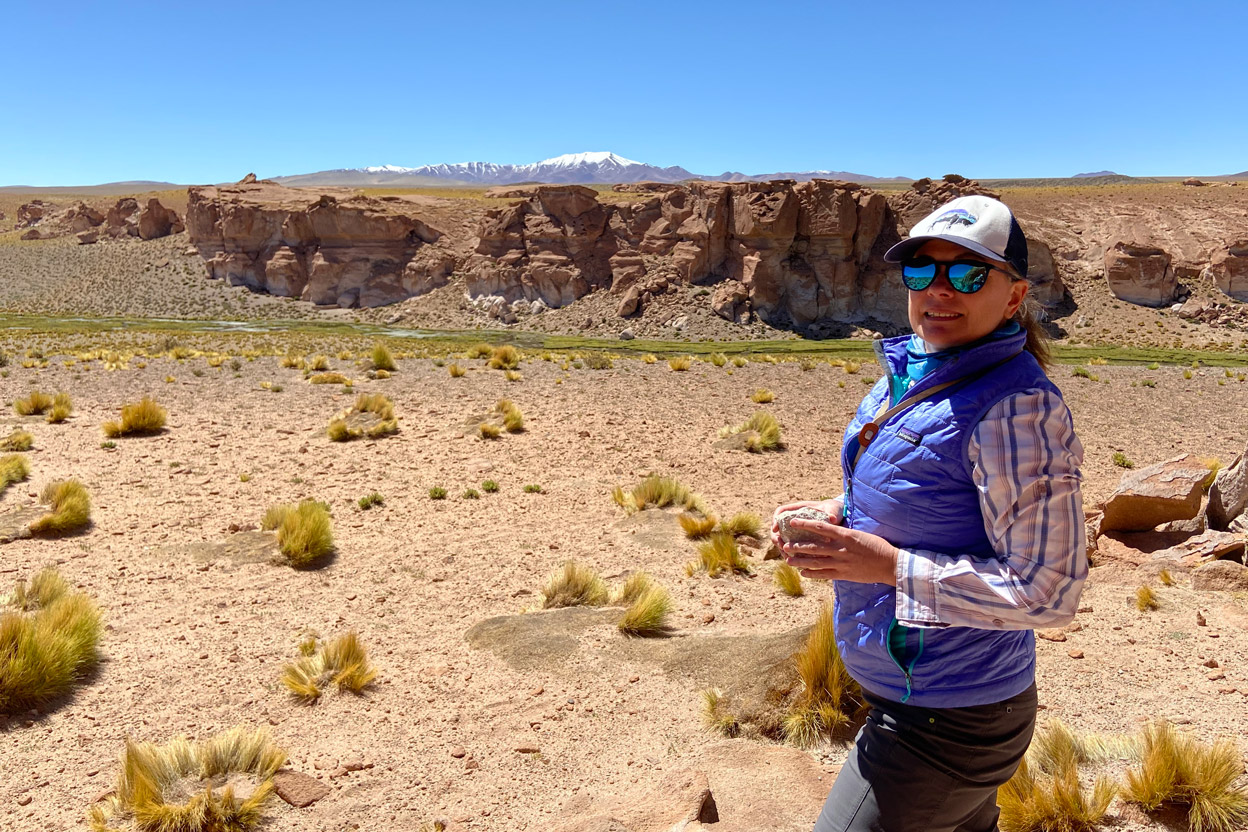 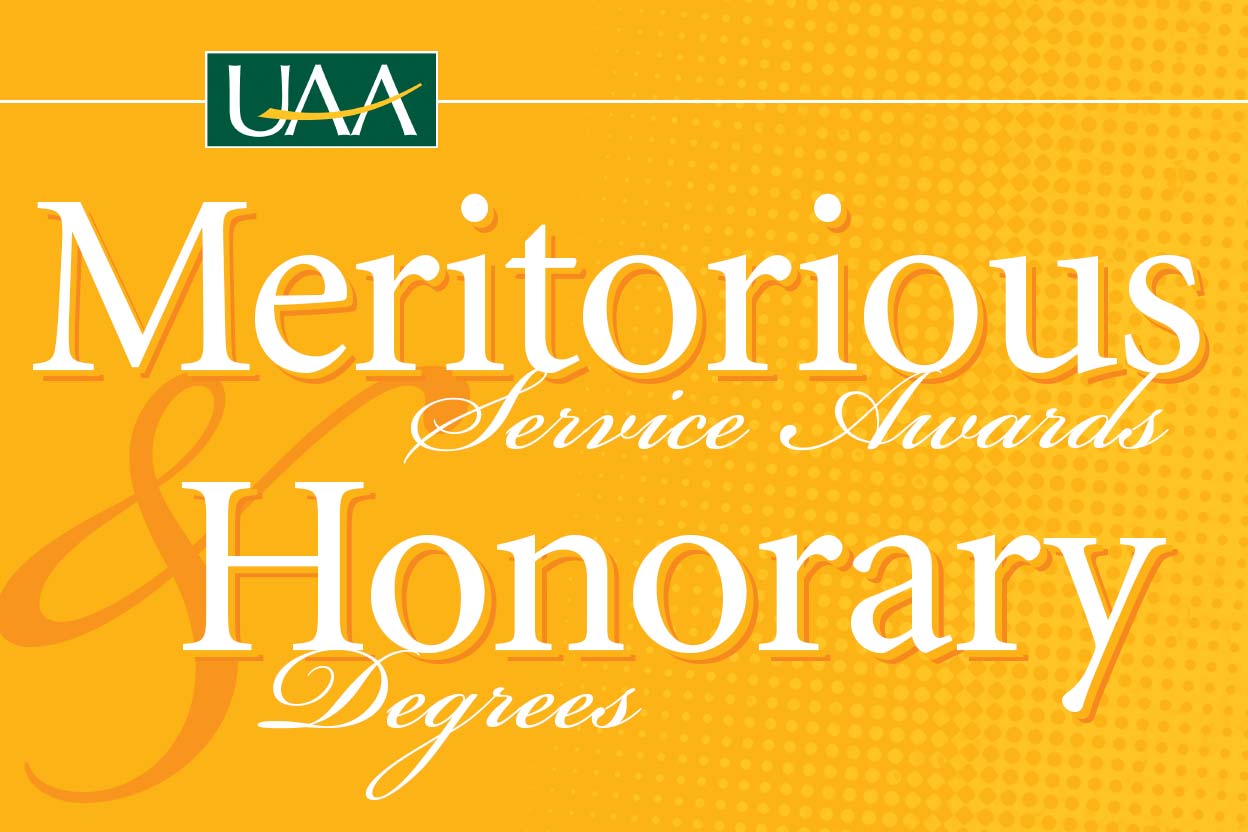 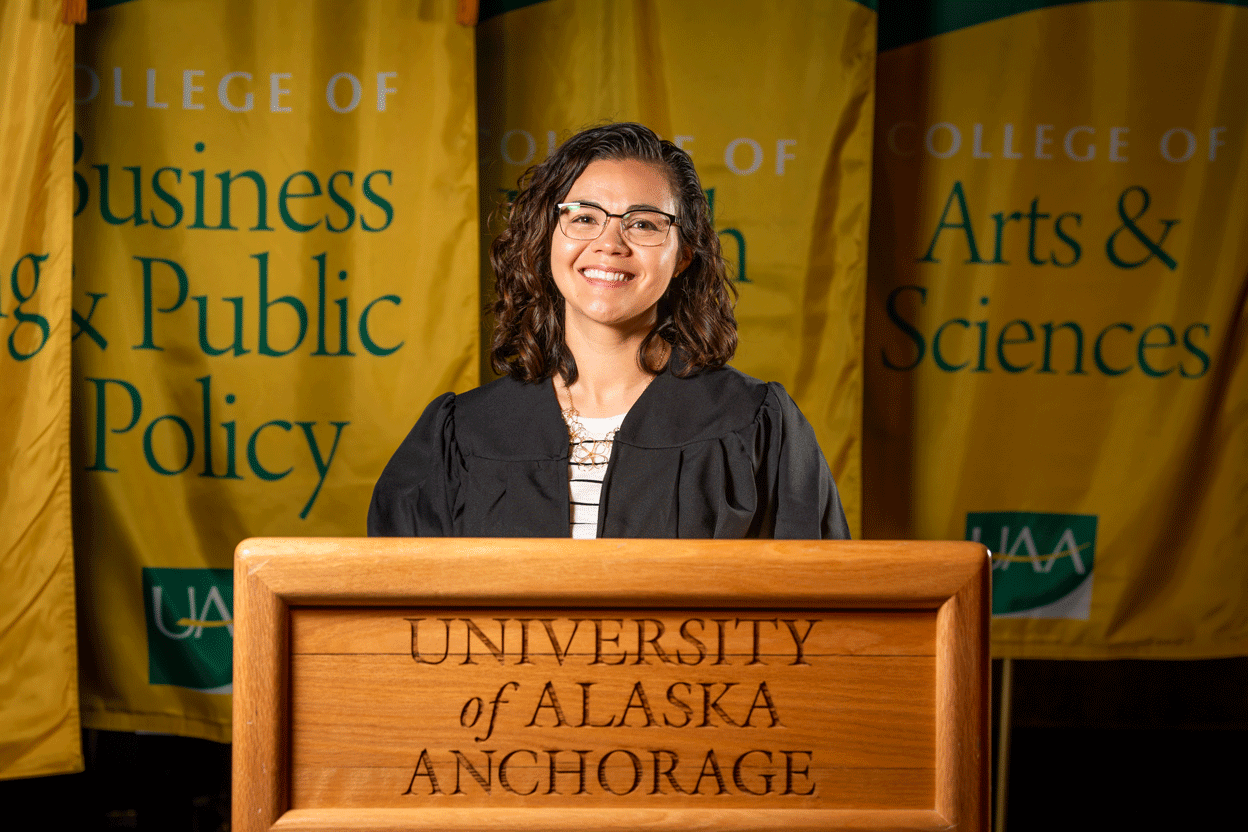 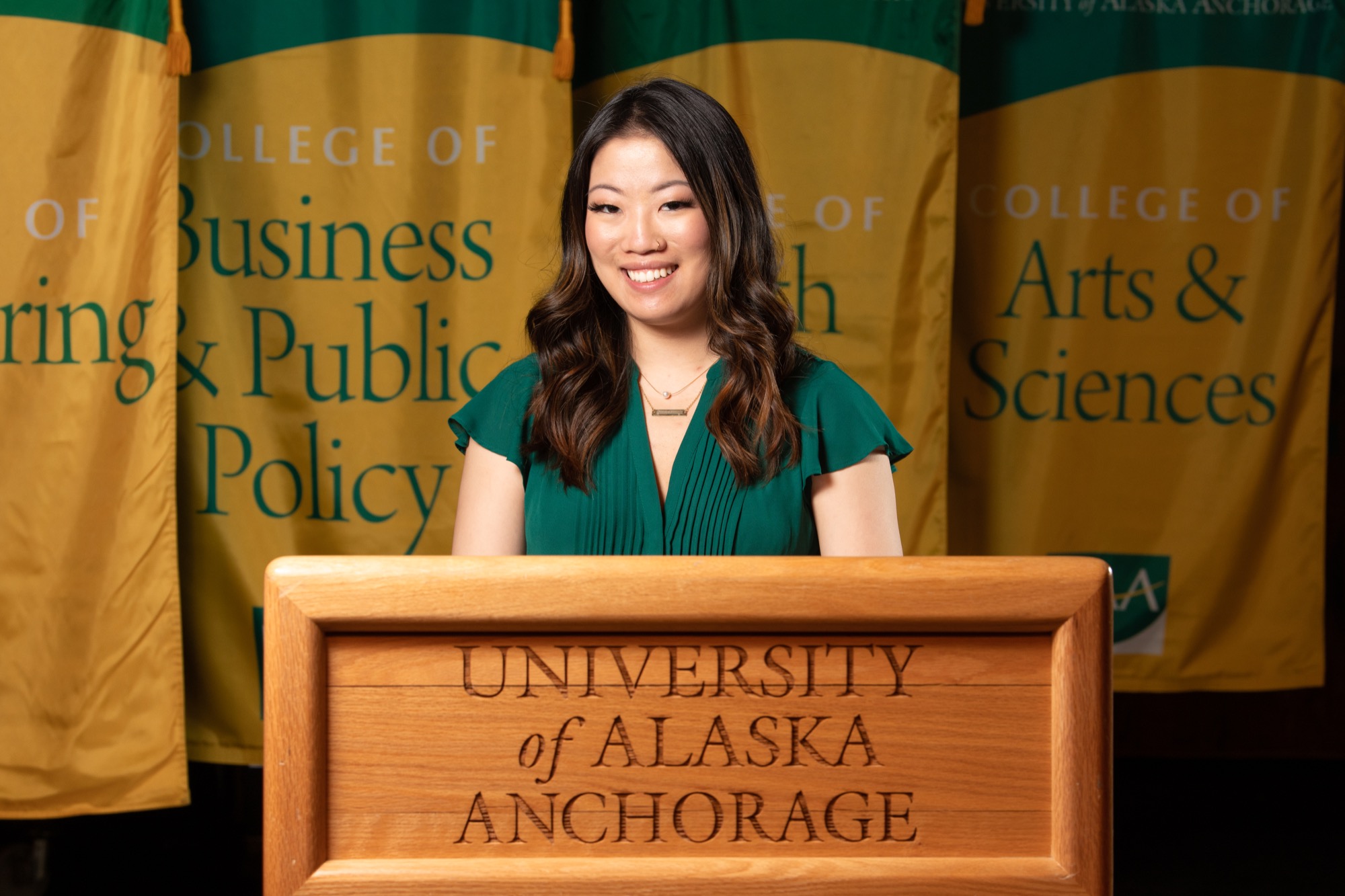 The power of yes 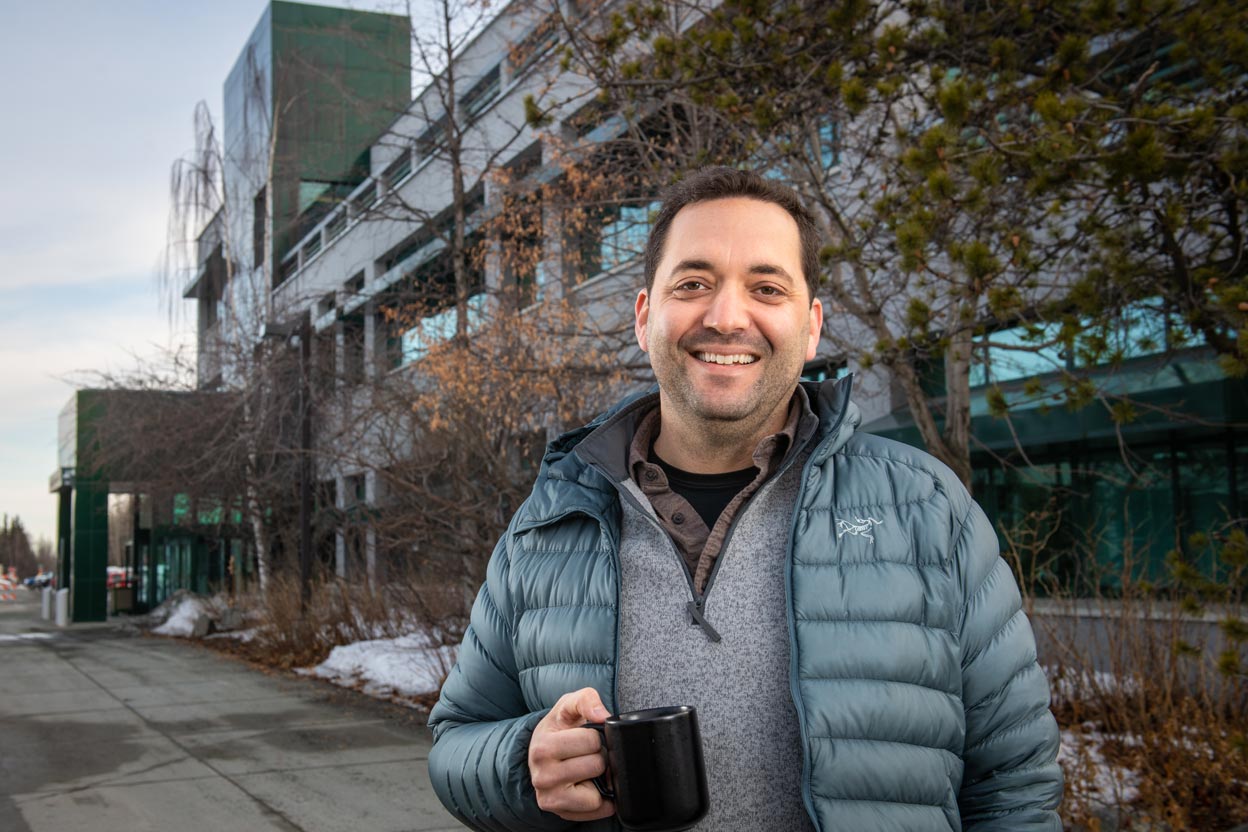 Enthusiasm for research benefits undergraduates in the Department of Economics